But although the Liverpool boss was determined to kick his front three a kick up the backside, at no stage would he have expected the signing from Wolves to make an unbelievable start like this. 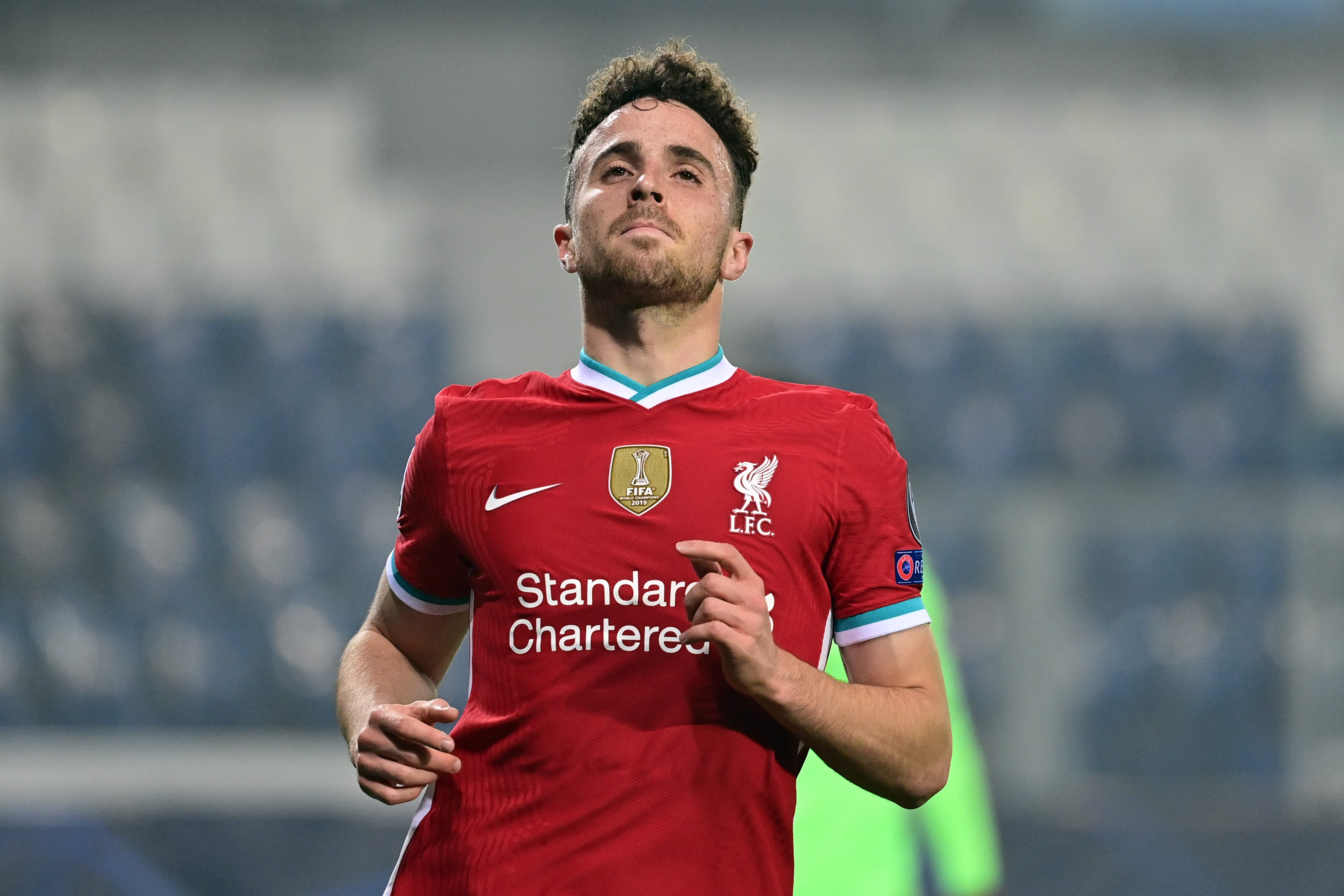 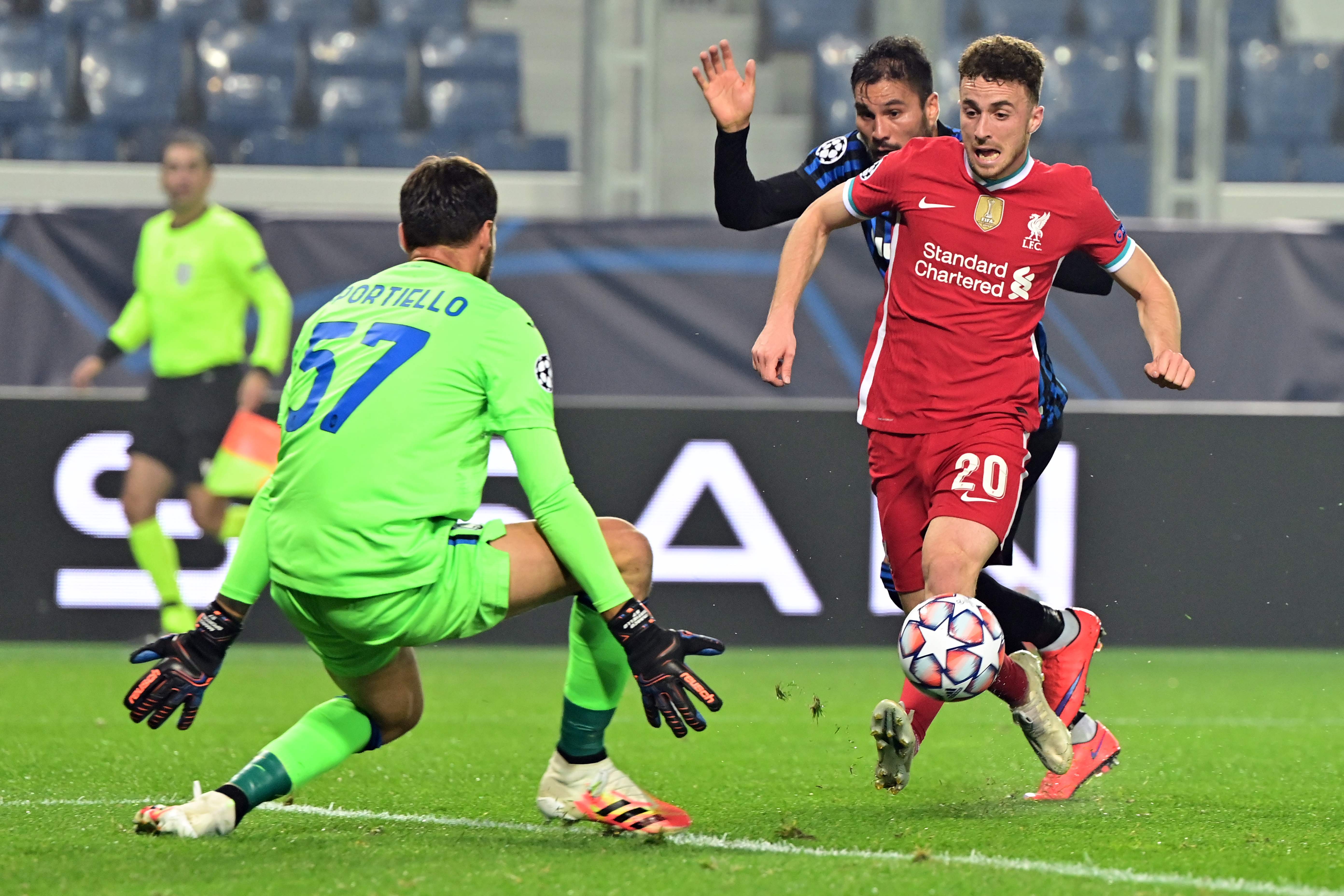 Liverpool dished out one of their most brutal European beatings in the Italian city of Bergamo.

After the 7-2 beating at Aston Villa and their rotten injury luck, no-one would have expected this type of thrashing away to last season’s Champions League quarter-finalists.

And Jota, with seven goals in his first 10 matches, has already proved he has not swapped the Black Country for Merseyside to be an expensive substitute.

The champions paid the same amount for Jota as West Ham shelled out for Seb Haller last year. It is pretty obvious which team has done the best piece of business.

Jota scored a hat-trick in the space of 38 minutes and also against a very good team. For Liverpool, this is their best ever Champions League start under Klopp and they are already on the verge of qualifying.

Yet while Jota has made a stunning impact, his arrival seems to have revitalised Mo Salah who looks like the player of a couple of years ago. He has now scored nine times for Liverpool, his best ever start to a season.

Refusing to be outdone, Mane also scored and helped create Jota’s third and the only person who probably would not have enjoyed this was Bobby Firmino.

He started on the bench – and the Brazilian will have to get used to it. The only worry was the sight of Jota limping off the pitch in the 65th minute but providing he is okay, he will surely start away to Manchester City on Sunday. 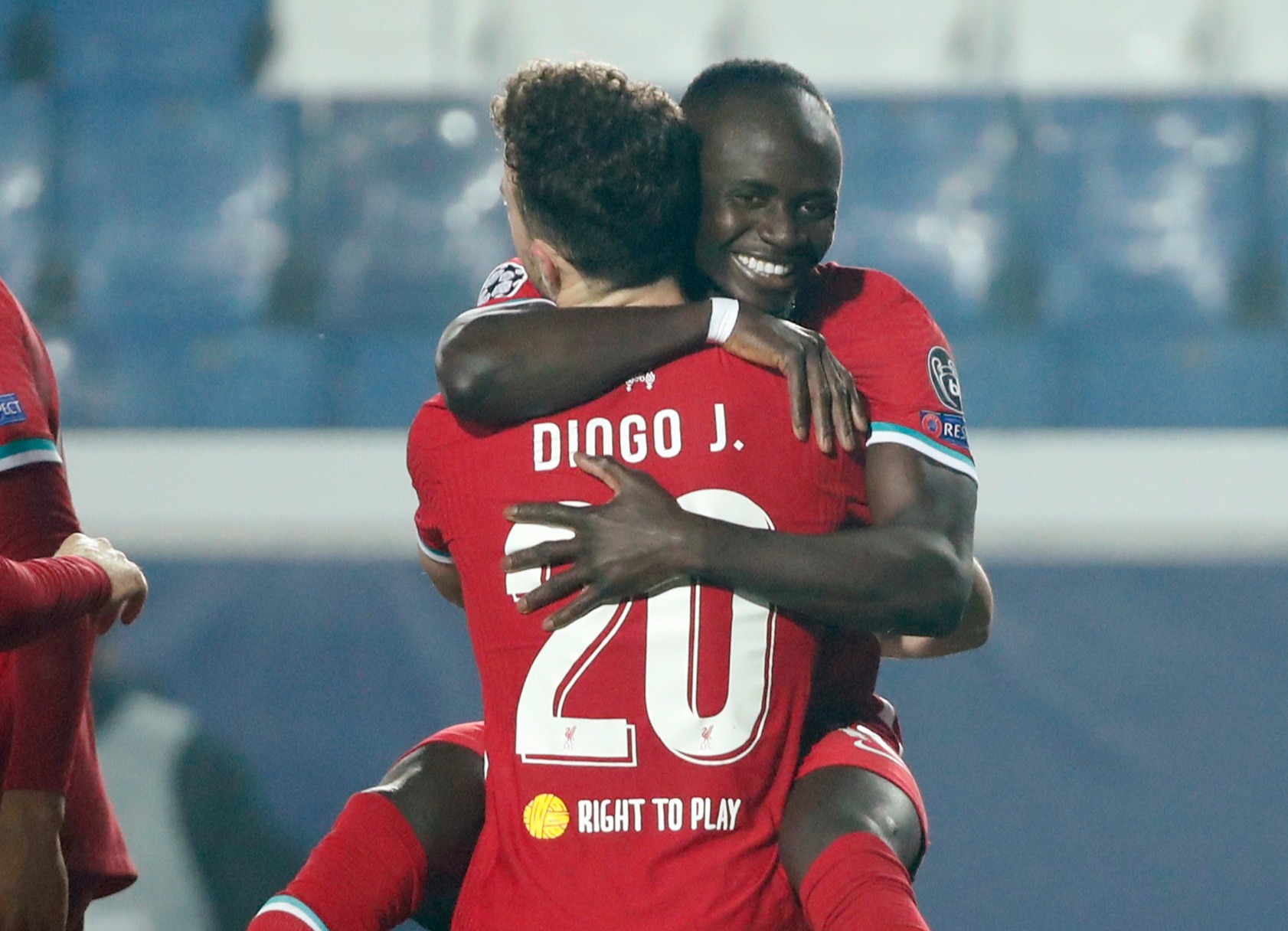 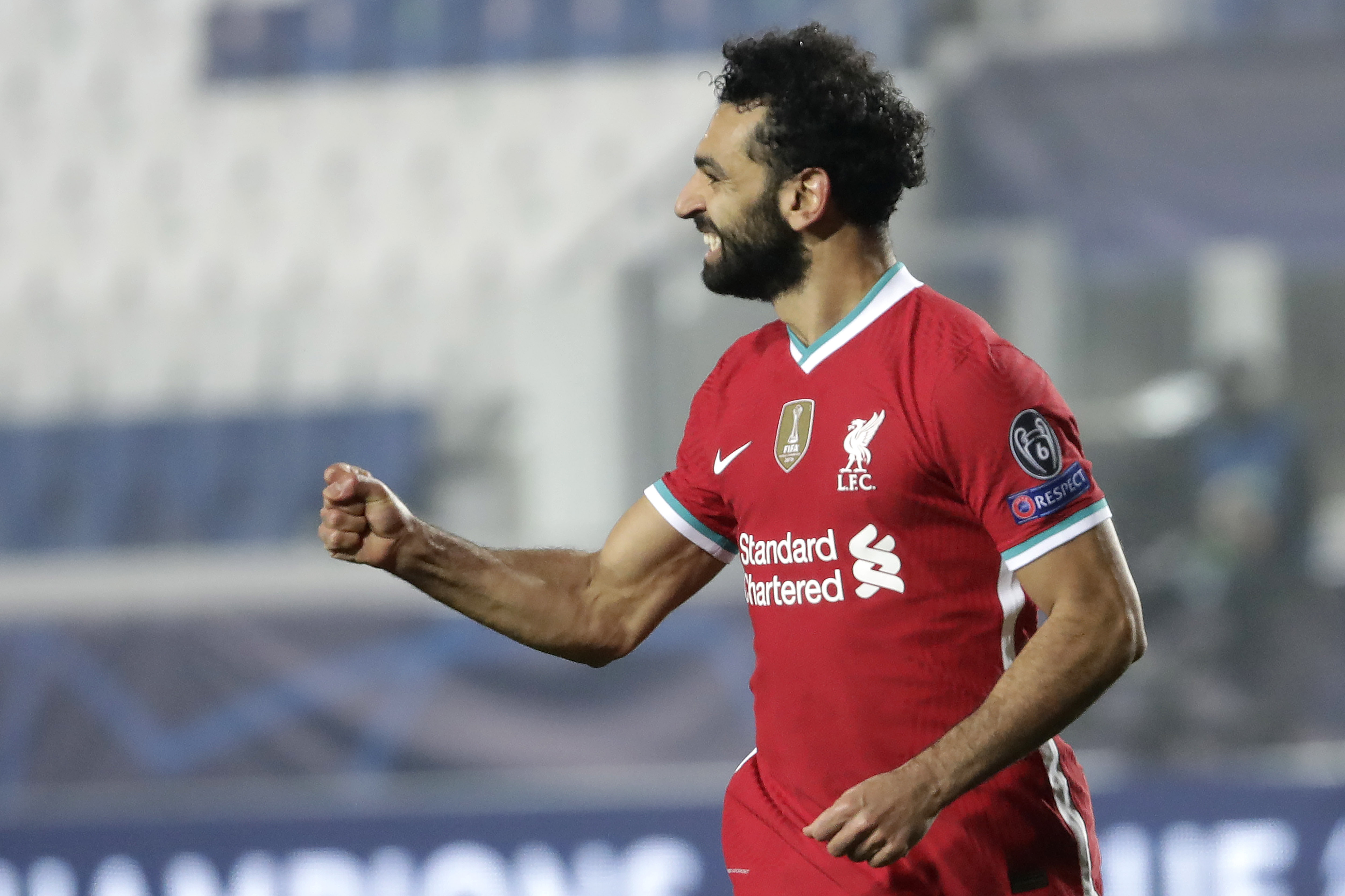 But after all the trials of tribulations of the first few weeks for Klopp, including a long-term injury to Virgil van Dijk, this will have been both welcome and massively unexpected.

Liverpool have often struggled in their group games under Klopp and have certainly never won their first three.

Two years ago, they beat Spurs 2-0 in the final  Liverpool lost all three away games in the group.

But best of all for Klopp, the class and confidence of Jota was not the only plus.

Teenager Curtis Jones was excellent in midfield and there was a fine performance at the back for fellow 19-year-old, Rhys Williams, who looked settled alongside Joe Gomez against a normally fearsome strikeforce.

Incredibly, this fresh-faced combo of Gomez and Williams was the 36th different central defensive pairing that has started a match under Klopp. 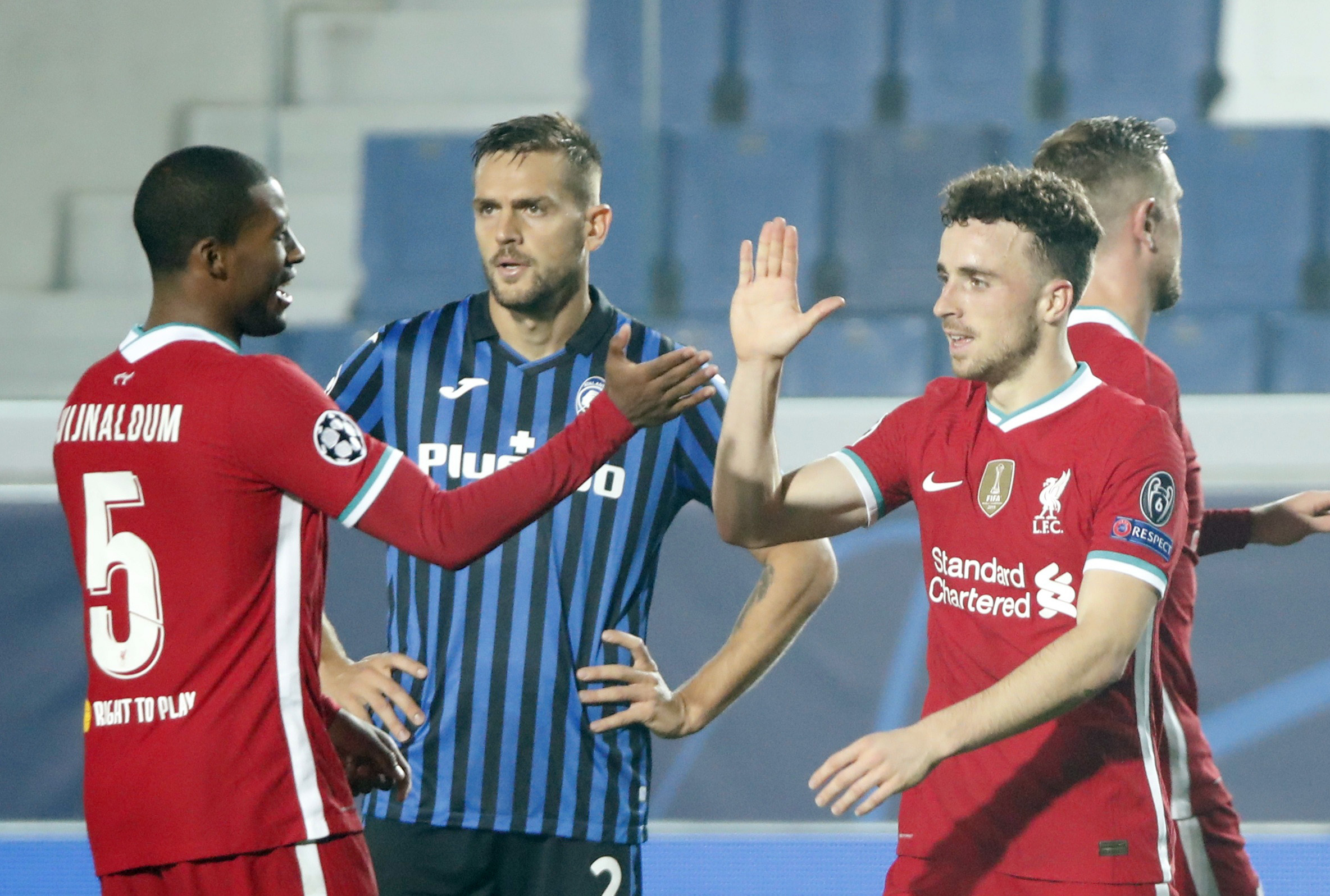 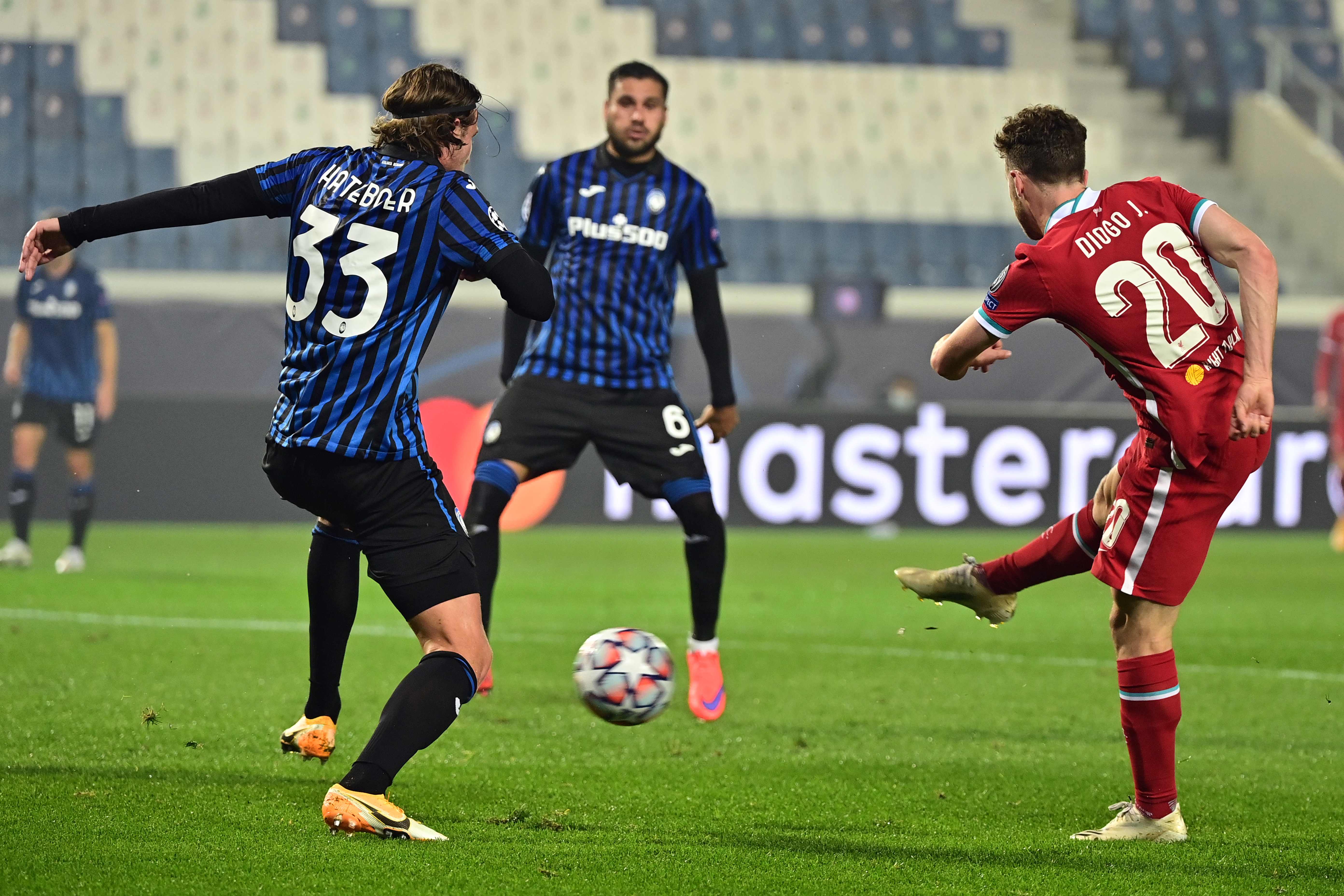 Last season, Atalanta fired 98 goals, finished third and reached the Champions League quarter-final but Liverpool’s inexperienced defence soaked up the pressure, fed the ball to their attackers and watched them cause all sorts of damage.

Jota could have scored after just 85 seconds but although he created the chance out of nothing, keeper Marco Sportiello made the block.

Yet the wave of attacks continued and it was neither a surprise that Liverpool finally scored or that Jota was the scorer.

It was a clever, patient build-up before Jota timed his run impressively to meet a brilliant long pass from Trent Alexander-Arnoldand and the forward kept on his feet.

Certain team-mates would probably have tumbled to the ground looking for a penalty as there was contact from defender Jose Palomino but Jota showed real strength but also quality by delivering an exquisite finish over the keeper. 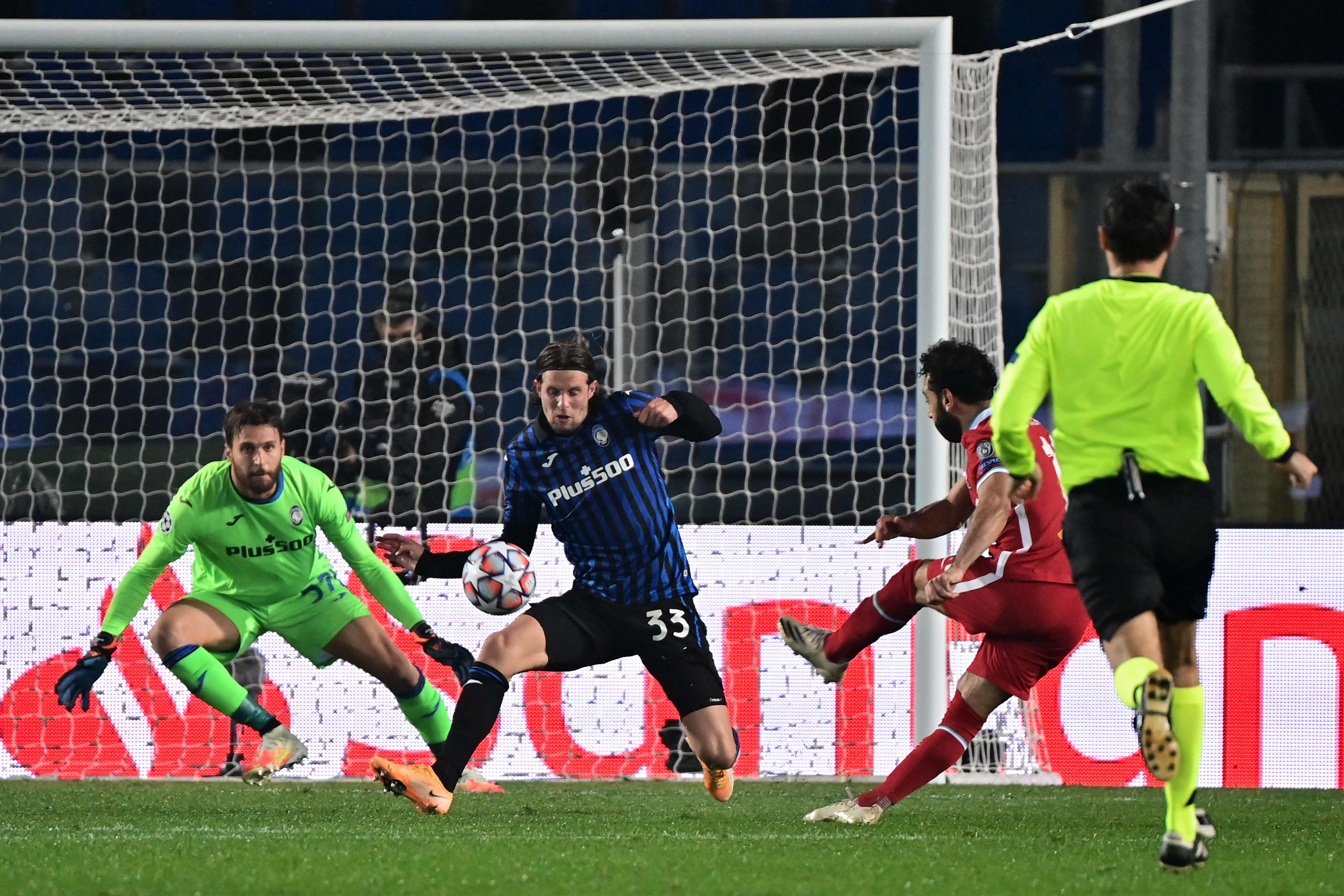 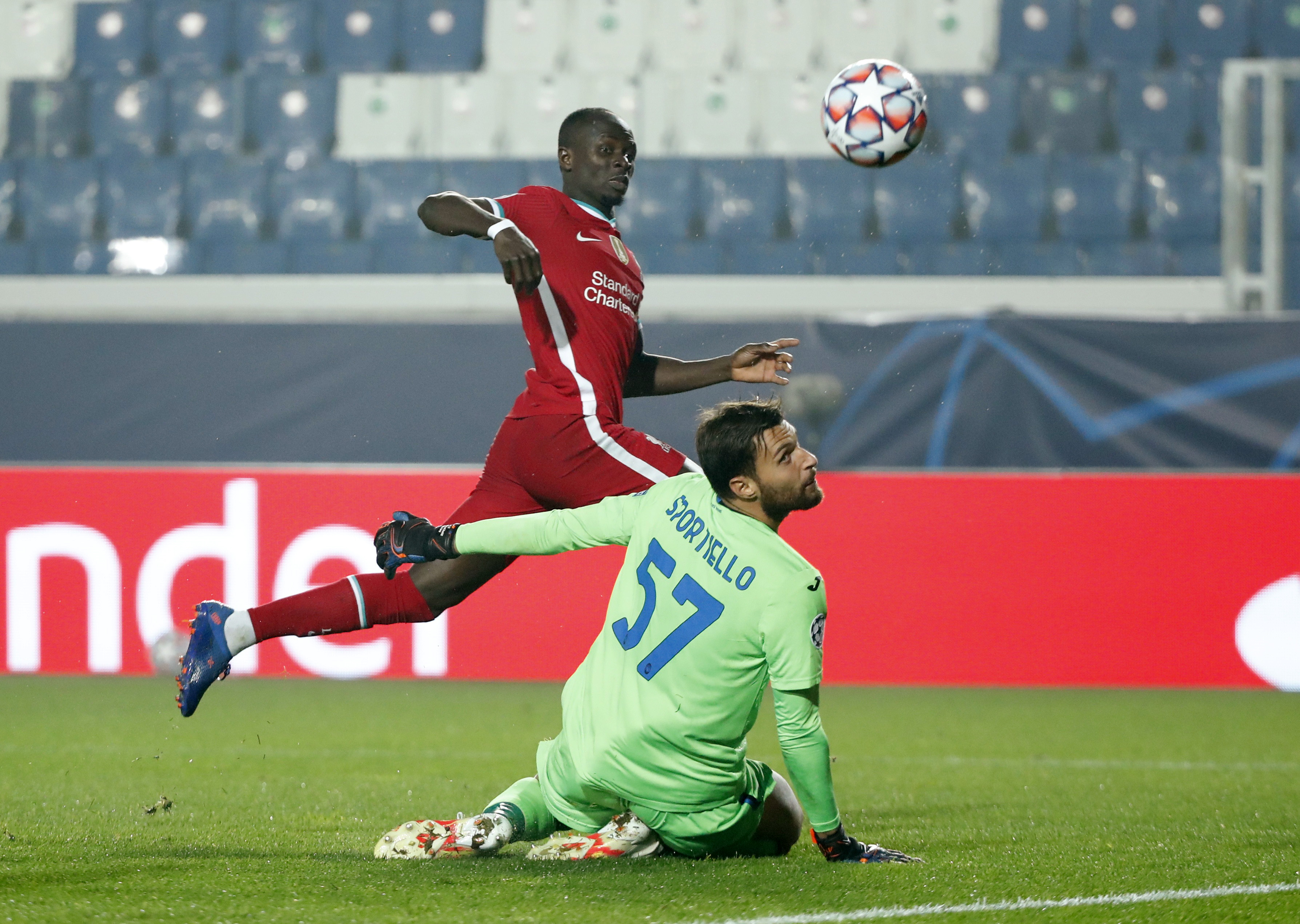 Although they should have scored in the second minute of the first half, Liverpool made it 3-0 90 minutes into the second period

Worst of all for Atalanta, they lost possession from their own corner and while Jones calmly played the ball out of defence to Salah, there was still so much work for the Egyptian to do.

He took the ball on the halfway line and showed speed and composure to get into the home area before bending the ball into the top corner with his left foot.

And it just cost worse for the stunned-looking Italian team. Salah fed Mane and he lifted the ball over Sportiello. 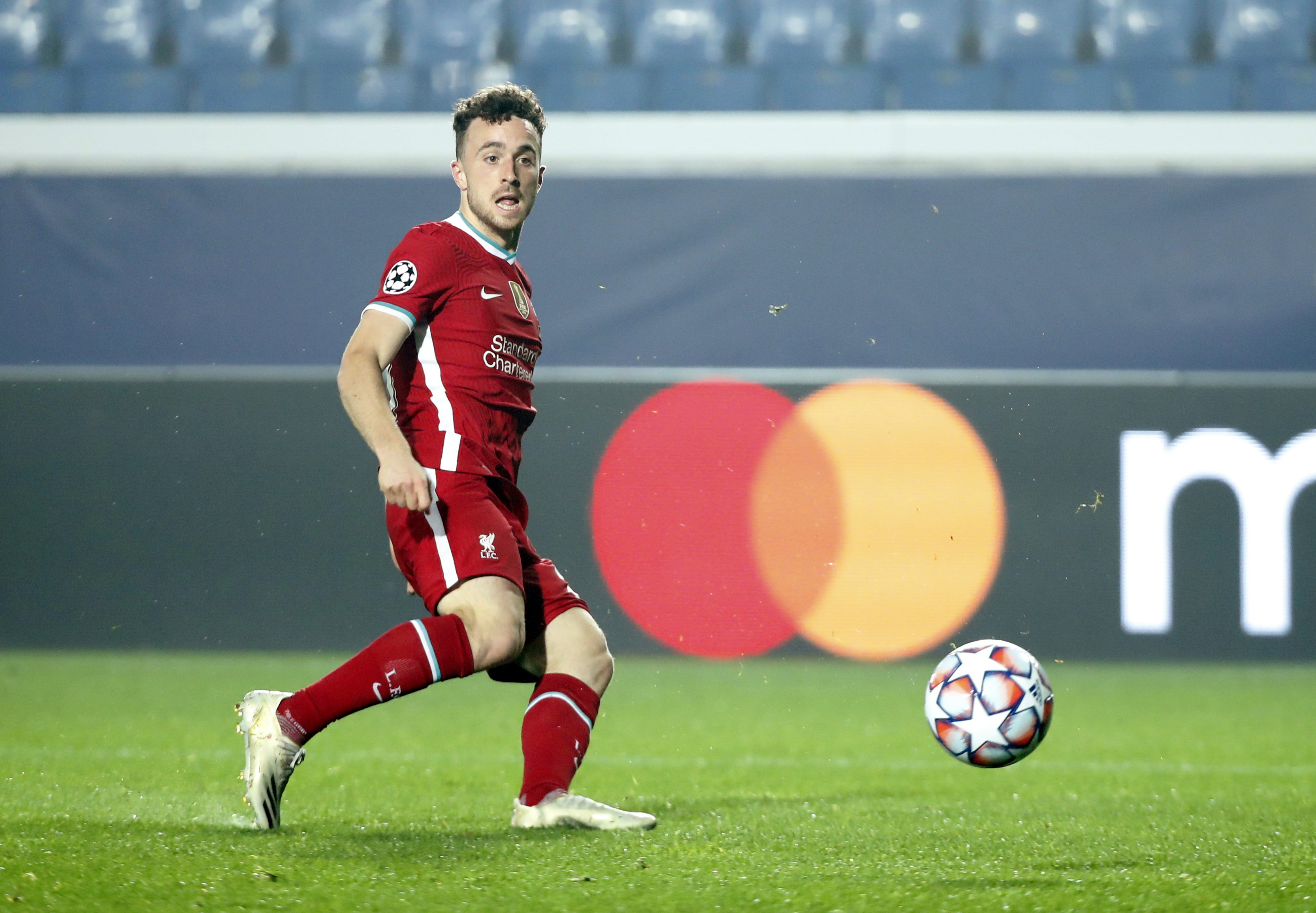 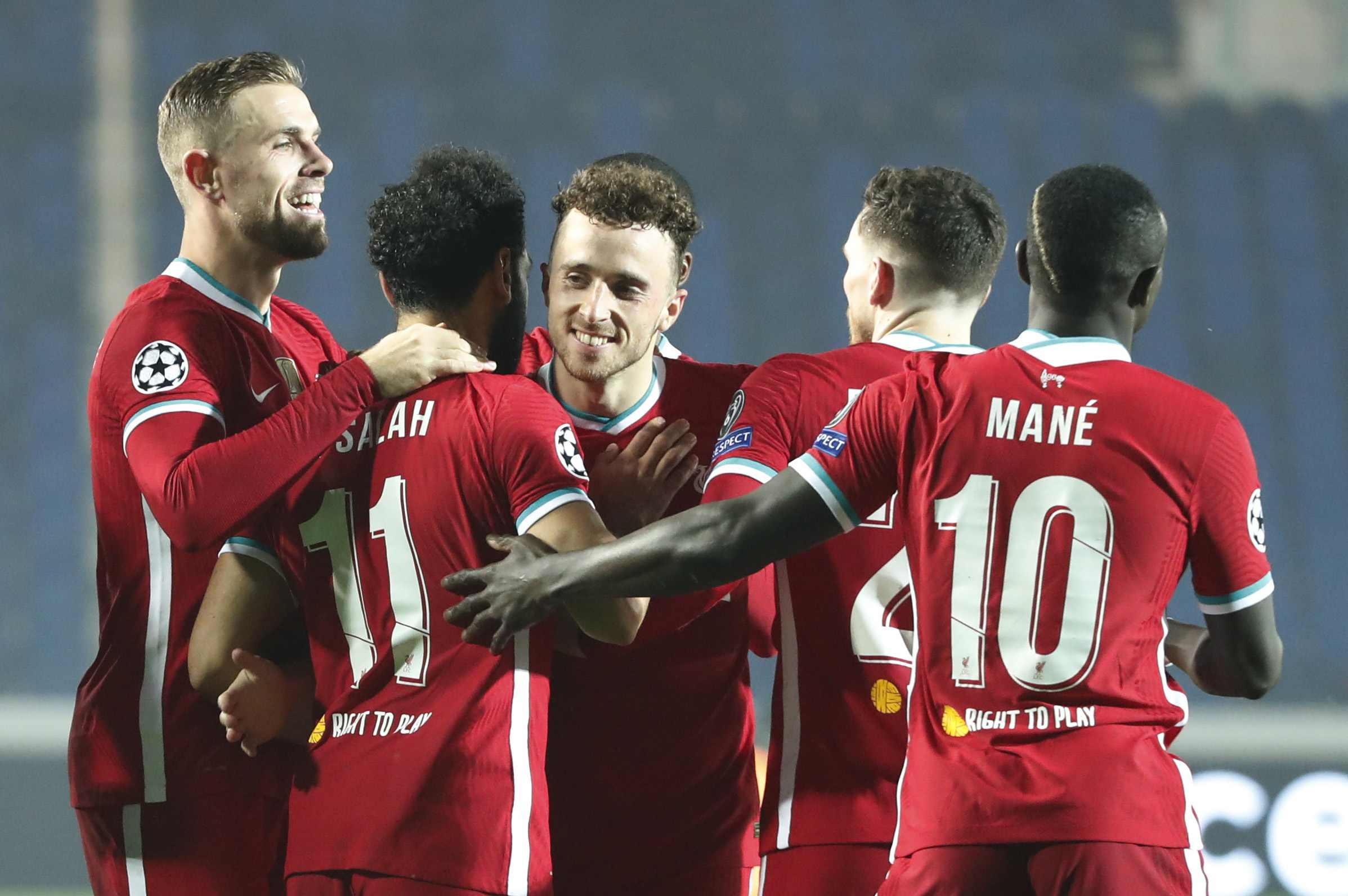 Jota was in the mood to clinch the matchball but would not have expected to secure it so early, in the 54th minute.

Mane crafted a clever pass with the outside of his boot and Jota rounded the keeper before stroking the ball to ensure he would be the star of the show.

Duvan Zapata hit the woodwork for Atalanta an in the 65th minute but this was one hell of a beating for the third best team in Italy last term.

Firmino replaced Jota but Liverpool kept on attacking and Salah could have scored more goals. You can bet that Atalanta will not be looking forward to coming to England in three weeks.

And if they defend like this again – and Jota keeps smashing goals in like this – it could be 8-0.