SITTING IN the stands watching fans rise and cheer as their team emerges from the tunnel, Cambridge United director Godric Smith cannot help but put his feelings into words.

"God that’s fantastic isn’t it," he blurts – the emotions of a man given the unenviable task by the EFL to help get English fans back into stadiums. 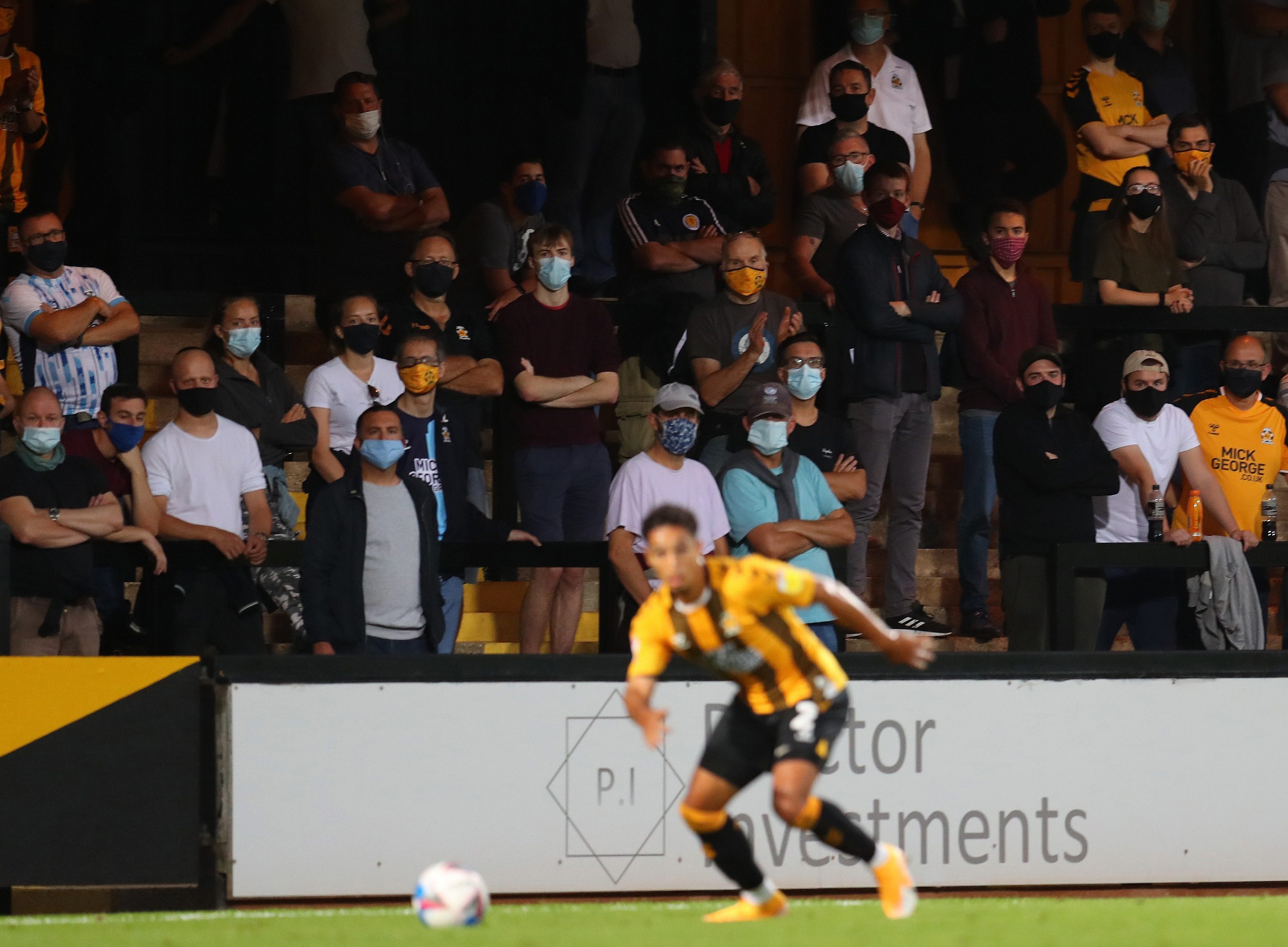 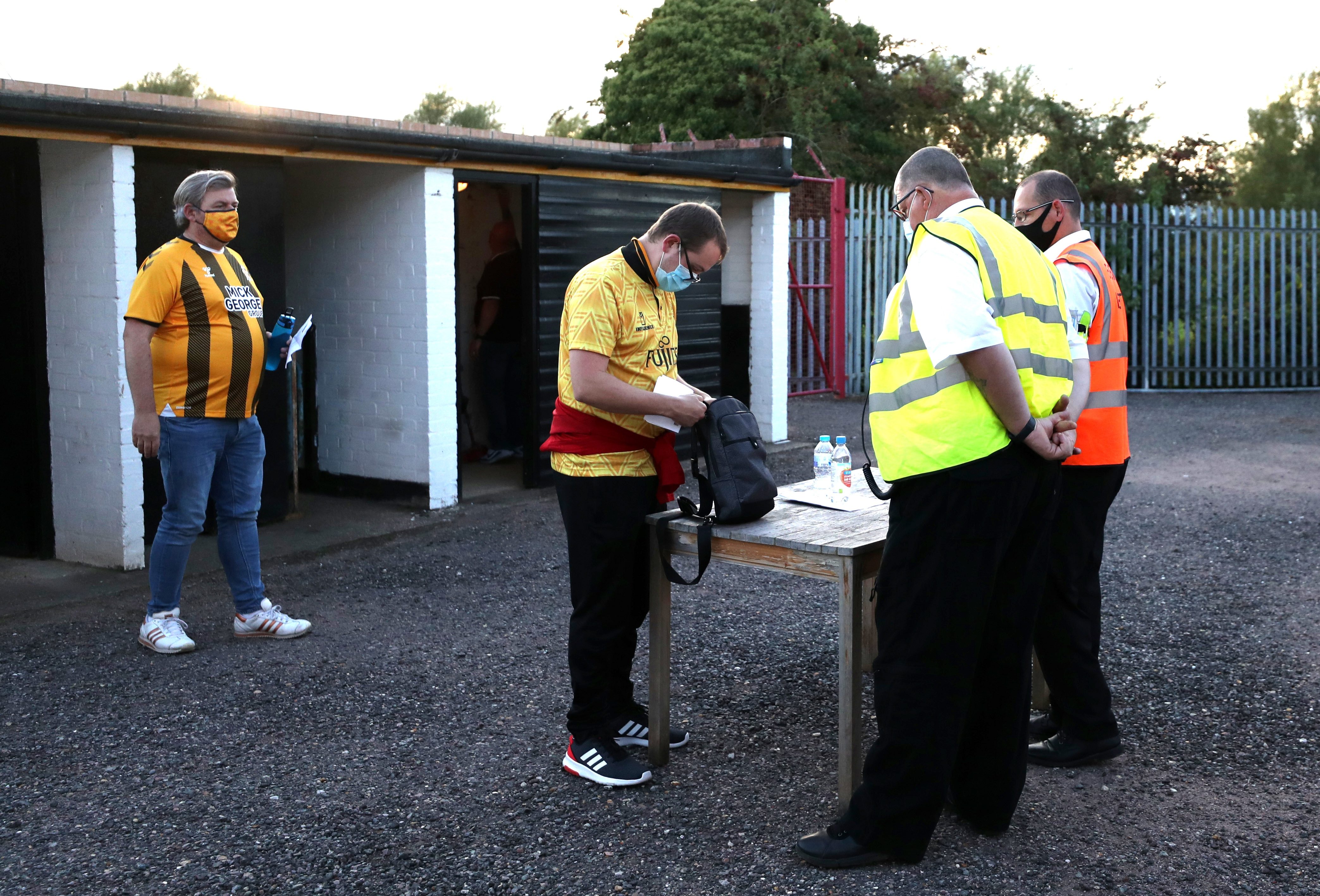 The U's are part of a project with the EFL and Sports Grounds Safety Authority (SGSA) that looked at ways of keeping fans safe from the virus.

And on Wednesday night, Cambridge United staged the country’s first competitive fixture with fans since lockdown stopped football in its tracks in March.

It is one of two test runs planned for Abbey Stadium this week – the next coming on Saturday with a restricted attendance of 2,500 for the League Two clash with Carlisle.

But the first – a 2-0 win over Fulham U21s in the EFL Trophy with a restricted attendance of 1,000 – was of much more significance.

Smith admitted pre-match: "This isn’t the most important match we are going to play all season.

“But arguably, it will be one of the most important matches for football in this country for a while.

"We put ourselves forward to help the EFL. It is important for Cambridge but the fans here tonight are representatives for fans at every club big and small across the land.

"For us to be able to play a part hopefully in taking this first step, it’s a big step for Cambridge United but a much bigger step for football.

"Football without fans is a million times better than no football but football with fans is everything. 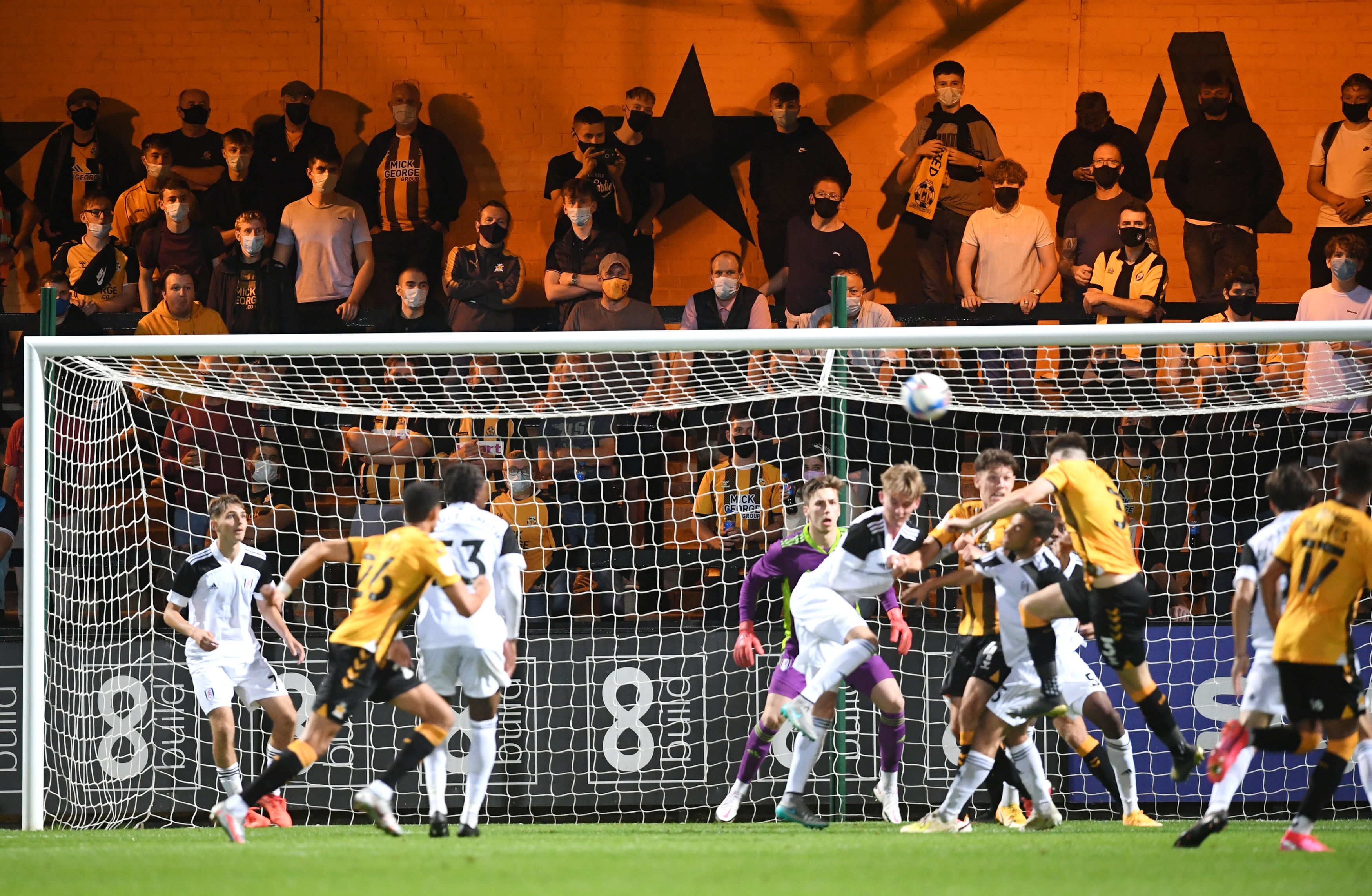 "The more that can be done to get fans back in a safe and responsible manner, the better it is for everybody."

The preparation goes back weeks, and put the entire club – already struggling to make ends meet financially during Covid-19 – under an added strain, pressure and nervousness.

Had they failed it would have pushed FA plans back by months, even more so with recent comments from the Prime Minister that test events could be put on hold altogether from next week.

The first tannoy announcement of the evening claimed: “Welcome back to history in the making.”

To add to the expectation, over 20 safety officers from clubs across the country were in attendance to witness whether the time is right for fans to return.

Not everything went to plan; the night before the game an emergency batch of red spray paint had to be delivered to finish marking the floors with red arrows towards toilets and exit points.

But upon reflection, Cambridge United appear to have done the country proud.

Unlike a normal match day, the 862 fans that attended arrived early to reduce the possibility of overcrowding and give time to have temperatures taken. 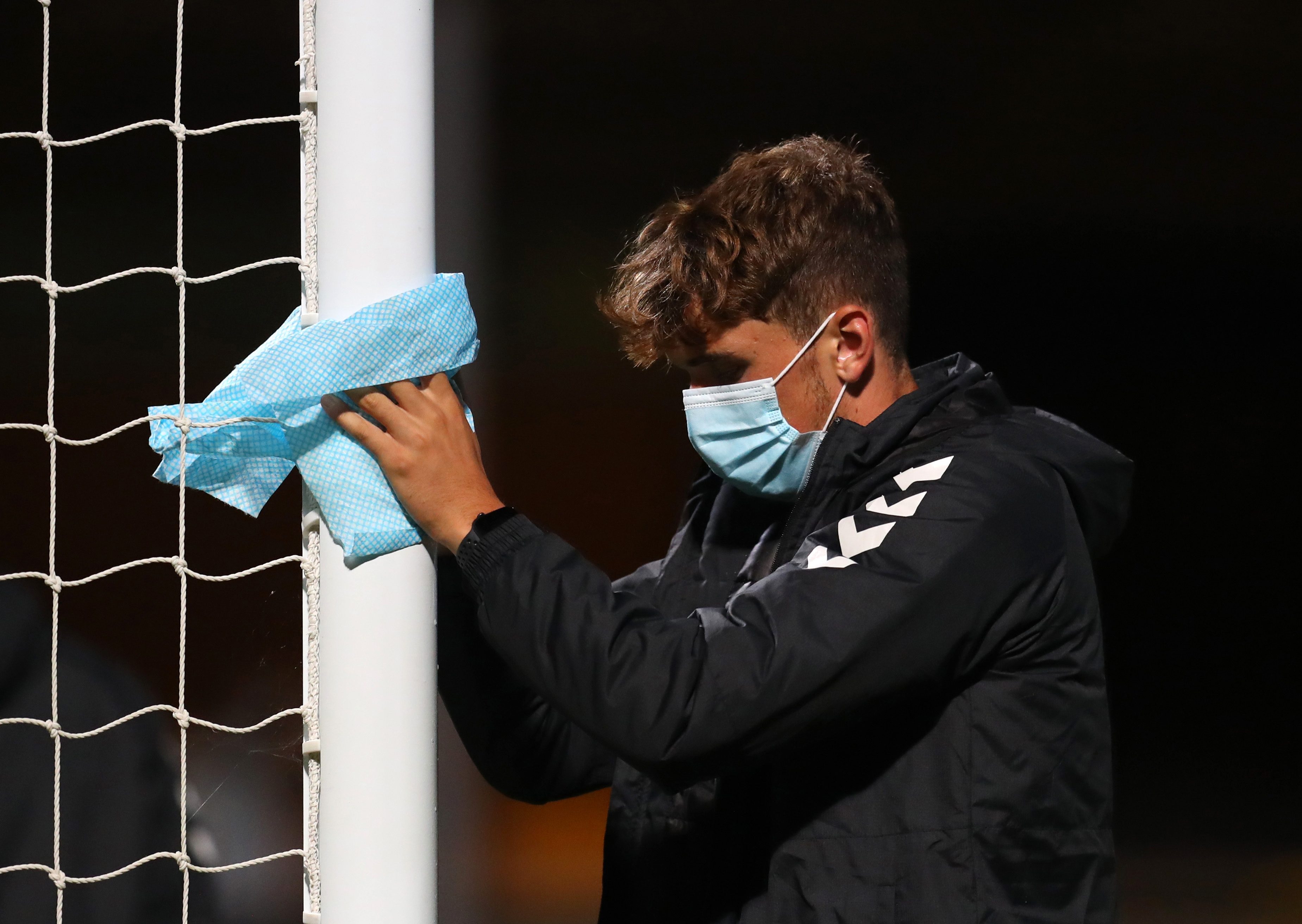 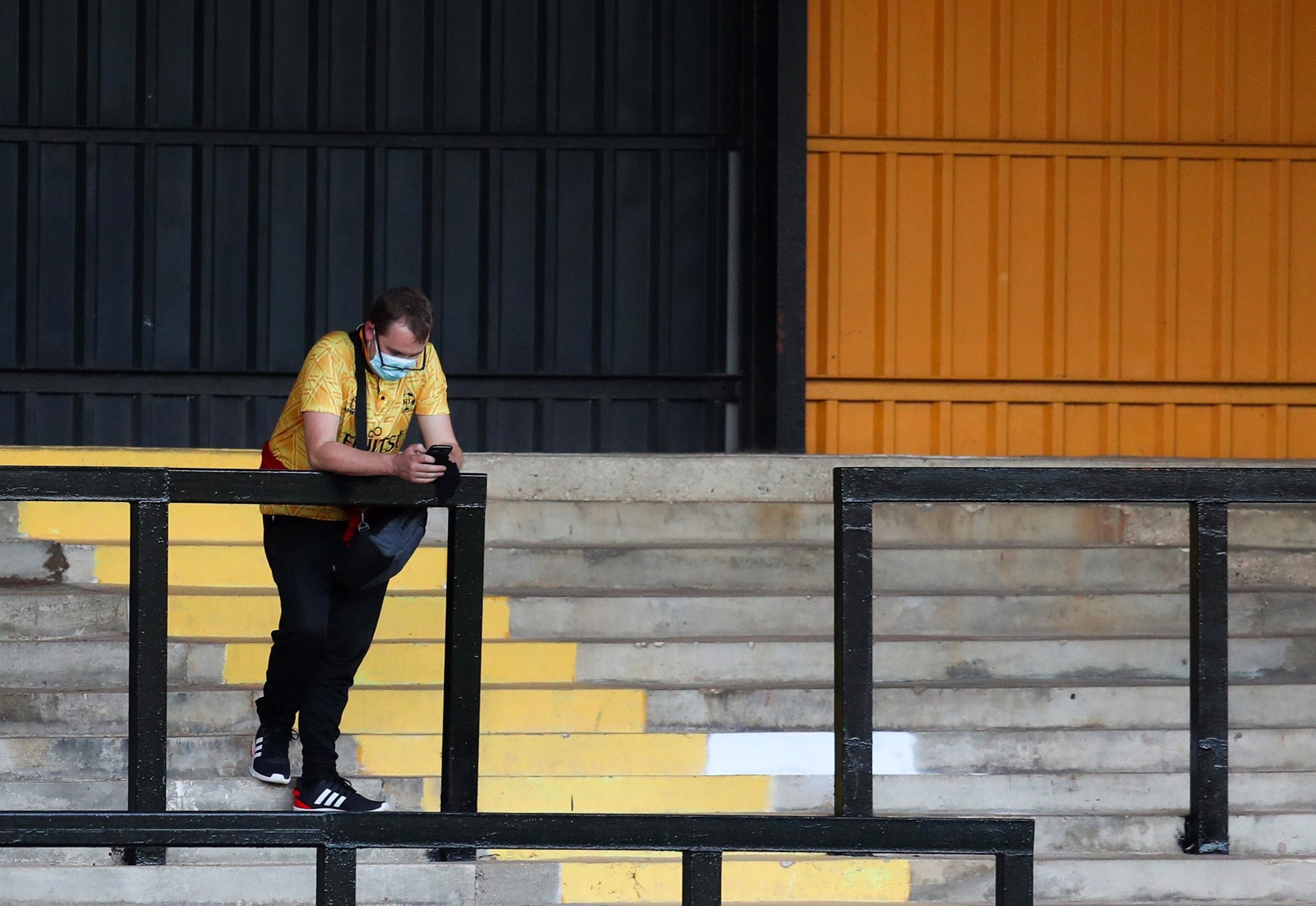 Upon walking into the stadium, a husband turned to his wife to ask: "Where shall we sit?" to which the wife replied: "I don't care, as long as I can see!" before brushing cobwebs from their seats.

Hot food, including chips and burgers, were available from socially-distanced vans.

Tannoy announcements were regular and clear before, during and after the game, reminding fans to keep masks on, avoid movement amongst the empty seats and to remain in the stand at half time and full time until told otherwise.

Portable toilets were scattered around the outside of each stand at a 2m distance, while hand sanitiser stations were available at almost every entrance.

There was a real hush just after kick-off, almost as if the sheer shock of seeing live football from the stands had erased their usual chants and songs from their minds.

But the goal celebrations were emphatic, yet measured, even in the packed north stand – which ironically used to be called the ‘Corona Stand’ because of the nearby Corona factory.

Fans were scattered and spread out, but done in such a way that the ground hardly looked empty.

And at the end of the game, stewards in each of the four stands released fans row by row. Tedious, but a necessity. 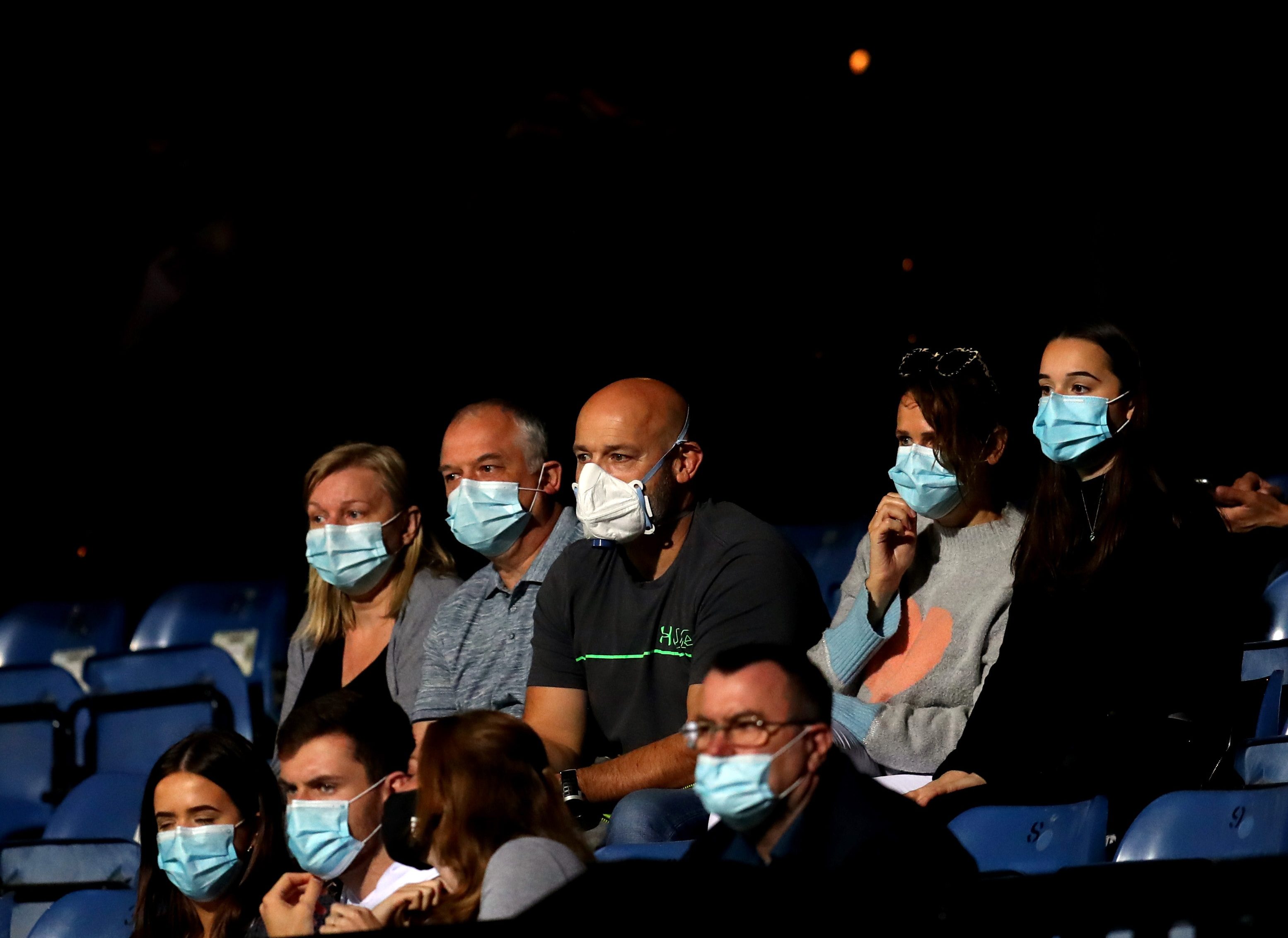 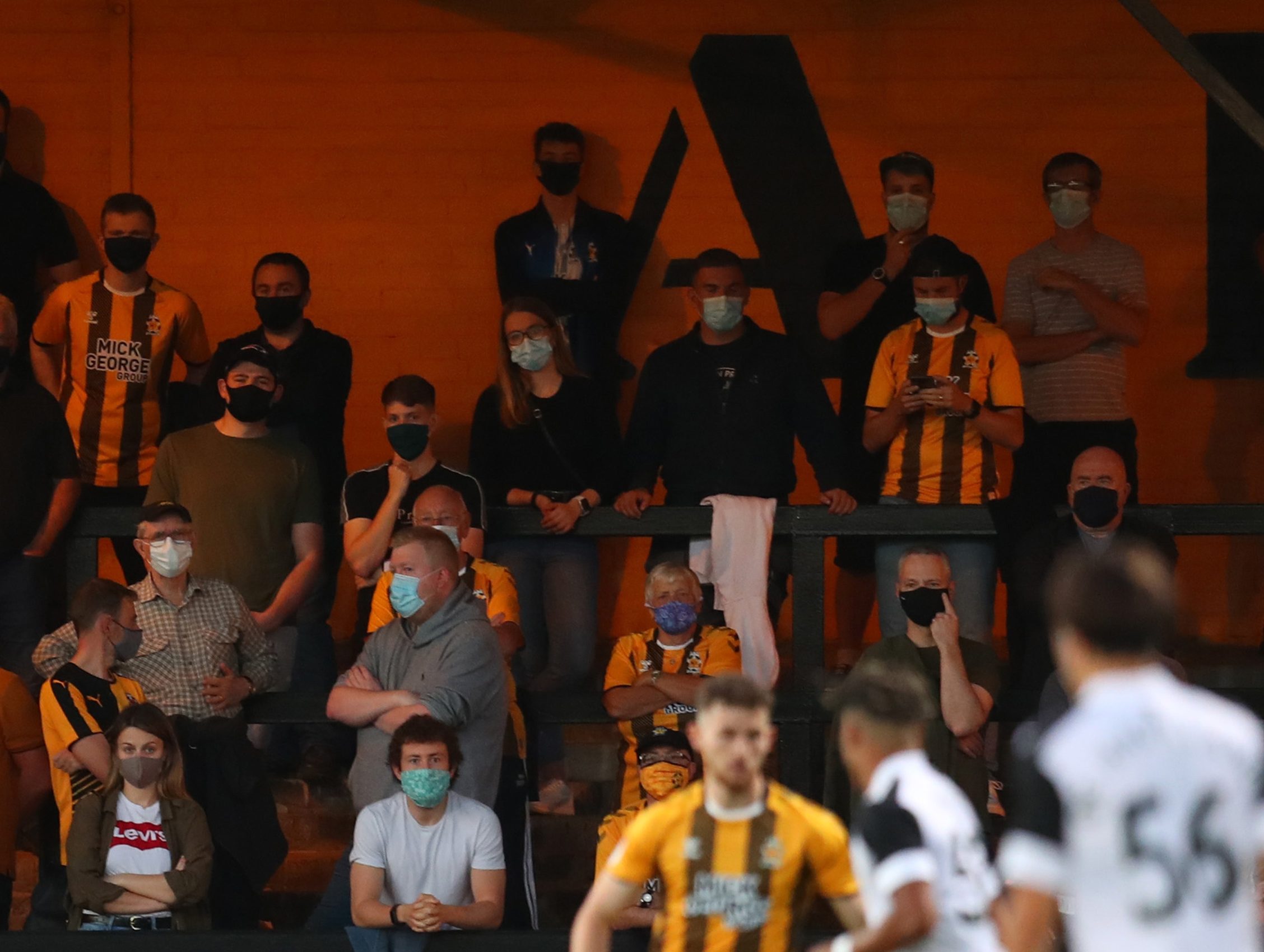 There are hopes from the EFL, as well as the FA and Premier League, that this is just the beginning – with similar test exercises hoping to be carried out soon.

Success then, on and off the pitch at Abbey Road, is a good sign for English football, and will stand as the marker if and when further test events in England are carried out over the next month.

But fan-elected director Dave Matthew-Jones warned: "We have done one test. We are not relaxed just yet.

"We did well but we need to learn and there were little tweaks that may make it even better and much more efficient.

"It’s now about learning from every game. We can’t just think we are done. For the next 40 or 60 games we need to make sure it is perfect or near to perfect.”

Director Smith added: "It is all one step at a time. With a lot of hard work, we can get back to having not full capacity in grounds but certainly a significant number of fans who can enjoy football again.

"Football without fans is a million times better than no football but football with fans is everything. The more that can be done to get fans back in a safe and responsible manner, the better it is for everybody."

The first step has been made by Cambridge United. Now, the rest of the country must follow – if and when they are able to.