Bella Hadid is giving the finger to New York’s Finest.

The 23-year-old supermodel posted a series of snaps in the Big Apple on Wednesday — including one where she’s flipping the bird to five cops standing far behind her.

In the crass attack in her Instagram stories, the clout-seeking “Real Housewives of Beverly Hills” regular picked on city cops for not wearing masks — despite them behind outdoors and many times the recommended six-feet away from her, or anyone else.

“U guys look goofy,” Hadid wrote in her first picture, showing her turning her masked face toward three uniformed cops the complete opposite side of the street. “WEAR A MASK,” she complained.

She used the same all-caps headline for the next image where she gave the middle finger to five uniformed cops — who were dozens of feet away from her or anyone else at the steps of the Supreme Court. 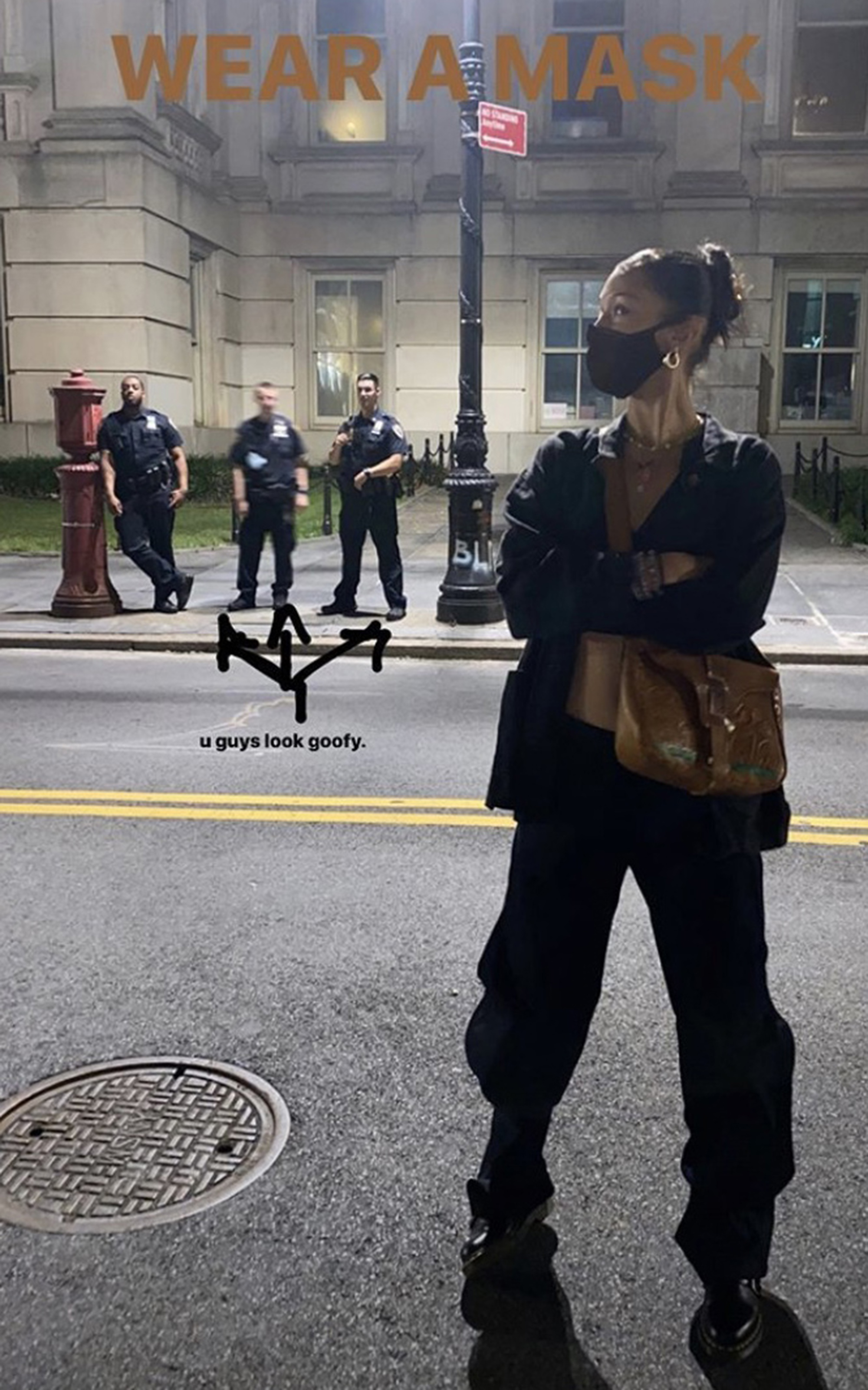 Within hours, Hadid apparently found her center — posting a photo of a Buddha with the message, “When you forgive, you heal. When you let go, you grow.”

The model appears to have not long returned to the Big Apple after spending most of her quarantine at mom Yolanda’s $4 million Pennsylvania farm, where she recently bragged about her social media powers in an interview with Elle magazine.

“I have so much responsibility to use my platform for good, especially as I get older,” she told the mag, saying she wanted young followers to “know it’s okay to be empathetic and gentle, but to be strong and speak your truth at the same time.”