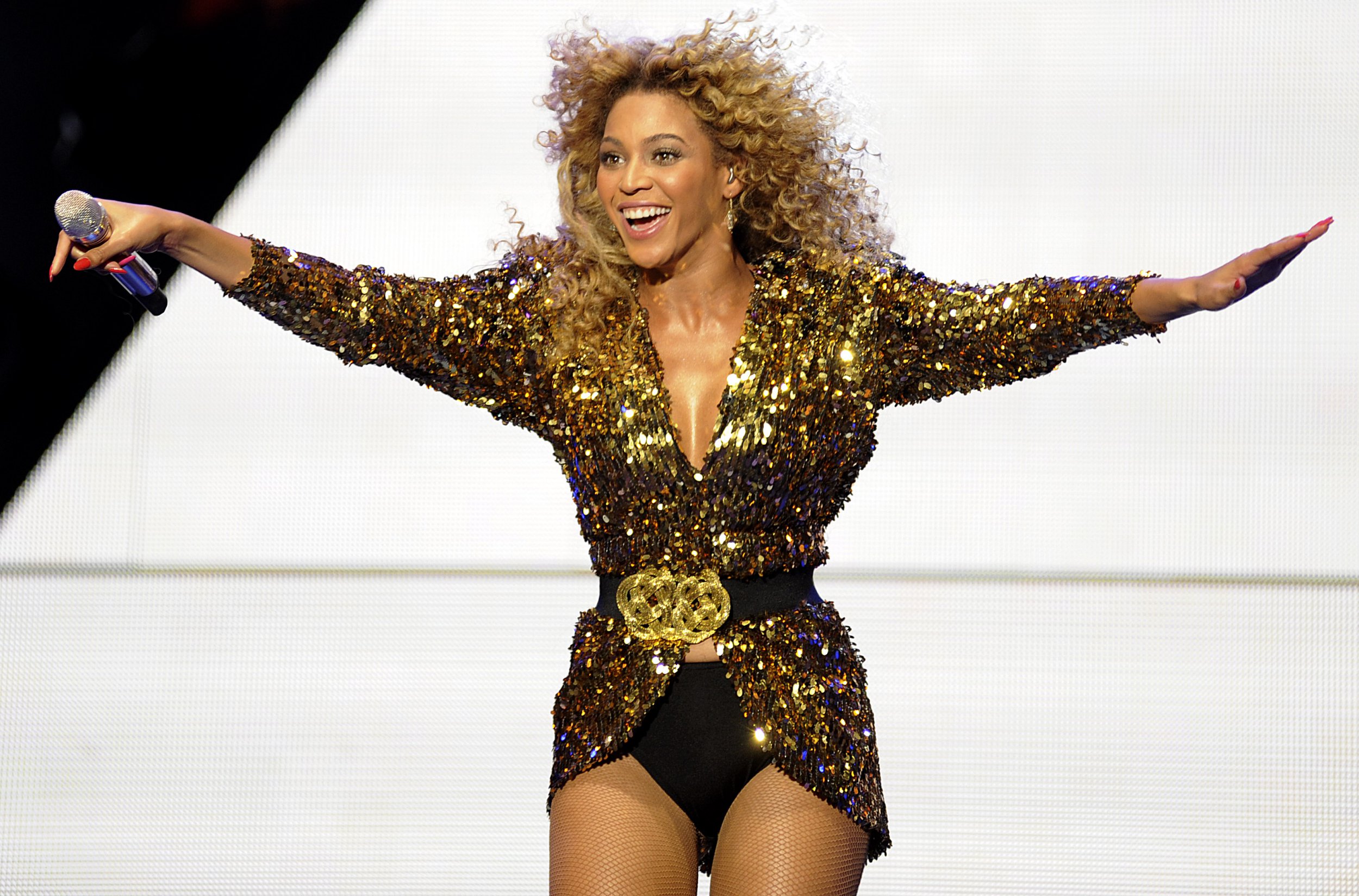 Today marks a special day in history as it is the 10th anniversary of Beyonce’s iconic Glastonbury performance.

The Single Ladies hitmaker became the first woman in 20 years to headline the Pyramid Stage at Worthy Farm on June 26, 2011 and made it a night to remember.

It’s hard to believe a whole decade has passed since many of us witnessed the show-stopping set in the middle of her huge Year of 4 campaign.

Beyonce appeared on stage striking her trademark pose – hands on hips with one leg slightly outward – and pretty much lit up the entire site with her sparkling sequin gold blazer from French designer Alexandre Vauthier, which she teamed with a pair of barely-there black hotpants.

It’s one of those outfits that most people can instantly recognise as ‘the one Beyonce wore at Glastonbury’.

Her headline set closed the weekend on Sunday night, bringing together the 135,000 people who attended Glasto that year. The whoops and cheers filled the Pyramid Stage as everything kicked off and Beyonce proceeded to do her thing. It sounded as though everyone loved it from the moment the first chord of Crazy In Love struck, and they did.

So it’s hard now to imagine that Beyonce’s spot on the line-up was one of the most divisive in Glastonbury history. Sceptical fans of the traditionally rock n roll festival said Beyonce ‘didn’t belong’ there and that her music wasn’t for Glasto.

A few years before, her husband Jay Z suffered the same negative reaction until he proved the naysayers (translate, Noel Gallagher) wrong with an epic performance.

Beyonce was a Black woman from across the pond who sang pop/R&B songs about chucking your cheating man ‘to the left’ while also telling the good ones to ‘put a ring on it’.

How could this princess possibly headline the edgiest festival of them all?

Well boy, were her critics wrong, because Beyonce had one of the best Glastonbury performances of all time (Kanye voice).

She hurled herself around the stage for 90 minutes, delivering flawless vocals, full-throttle choreography and engaged with the audience. Even when Massive Attack star Tricky made a super random, still questionable cameo on-stage, Beyonce played it off like a pro as though it was meant to be.

But perhaps more impressive was that the whole time, no one had a clue that the singer was secretly pregnant with her first child and barely broke a sweat.

Whether you watched at home or had the privilege of being at Worthy Farm seeing Beyonce’s Glasto glory first-hand, there’s no doubt it was a magical experience.

Metro.co.uk’s Adam Miller had the pleasure of witnessing it in person and recalled: ‘I’d never been to Glastonbury before – I always thought it was too big, too hectic and I’d be lost in the crush of 100,000 people navigating through a muddy field hydrated by nothing but cider and acid. And then Beyonce was confirmed to headline and nothing was stopping me from being at Worthy Farm on June 26, 2011.

‘The heat was intense, and with thousands of people who were quite visibly some of Beys’s diehard fans, we waited all day in front of the Pyramid Stage without any sleep, burning while napping right in the middle of a mosh pit of Pendulum fans waiting for them to clear out of the way and make room for Queen Bey.’

One of Adam’s friends spent the day ‘moaning’ that he was ‘wasting the day’ waiting for Beyonce to come on. Of course, is tune completely changed 30 seconds into her set when he turned to Adam and admitted: ‘This is the best thing I’ve ever seen.’

They spent the rest of the summer falling asleep listening to 1+1.

Yes, Beyonce does have that effect on people.

Adam said: ‘It was easily my most magical Glastonbury moment. I’ve never felt excitement and admiration from both fans of Beyonce and those yet to have been made aware she is THE force of nature on stage when so many had doubts her credentials made her worthy of a headlining spot.

‘I saw and heard first-hand the sceptics retreating instantly and it was clear that set would forever go down as one of the best Glastonbury performances of all time.’

Claire O’Shea has been to more than 20 Glastonbury festivals having grown up in Somerset.

‘So, it says a lot that I rate Beyonce’s performance as the most memorable of all time,’ she told us.

‘Years of men playing guitars usually sent us all off to different stages and fields to find fun. It was the first time we had been genuinely excited to go to the Pyramid Stage on the Sunday night after an exhausting week working and partying.

‘Everyone arranged to meet in advance, get dressed up and walk from our crew campsite together. We inevitably lost one friend, who moments before Beyonce started happened to walk past us in a crowd of 1000s – the night couldn’t get better.’

Claire recalled there being ‘plenty of tears of joy’ and even friends who she’d never seen moved by anything suddenly emotional over Beyonce.

She revealed: ‘We occasionally still find ourselves chatting about it to friends: the sheer glamour, energy and her absolute sincerity in loving every second of it. Even Tricky absolutely crashing his performance was hilarious rather than disappointing.

‘It was a beautiful night. The crowd slowly leaving the field holding hands and singing “to the left, to the left” was a perfect way for the festival to end.’

Beyonce proved herself to be a true entertainer that night but also opened doors for other non-indie or rock artists to feel welcomed at Glasto. Kanye West, Taylor Swift, Ed Sheeran and Stormzy are among the mainstream stars who’ve been invited to and headlined the Pyramid Stage since.

Still, no one has quite done it like Beyonce and we’ll always cherish the memories.