The Liberal Party’s candidate for Narre Warren North says Australia should not recognise First Nations people because “we won this land fair and square”, that waste from nuclear energy should be dumped in Alice Springs, and that he would vote to ban abortion. 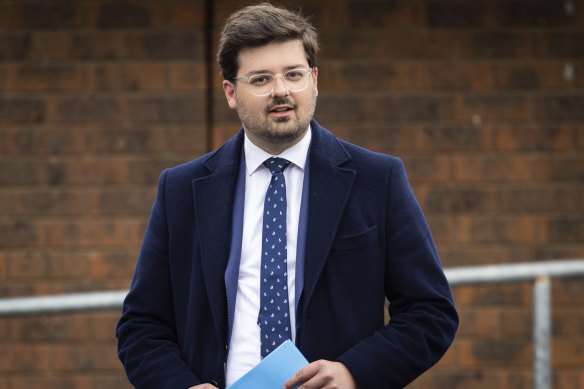 Dragan’s comments will increase pressure on Opposition Leader Matthew Guy, who has been attempting to distance himself from the ultra-conservative views of several candidates preselected by the party to stand at this Saturday’s state election.

Guy on Saturday announced that Renee Heath, the Liberal candidate for a safe upper house spot in eastern Victoria, would not be allowed to sit in the Liberal party room, after The Age and 60 Minutes revealed she had received extensive training from a global network of ultra-conservative churches.

The Liberals are also trying to fend off a number of ‘teal independents’, who are campaigning heavily for the November 26 state poll on what they say is the Liberal Party’s lurch to the right.

In audio recorded on Tuesday and leaked to The Sunday Age, Dragan, declared he was “100 per cent” opposed to a treaty with First Nations people, would cross the floor on any emissions-reduction legislation, and ban abortion if it came before a vote in Parliament.

“There’s no such thing as traditional Australians,” Dragan, 26, said in the recording in reference to First Nations people. “Because Australia is a post-colonial concept.

“We won this land fair and square. It’s like telling Britain to give the land back to the Vikings, and the Vikings to give it back to the Romans. And same with Romania — to give Transylvania back to the Hungarians. I mean, come on man, it’s bollocks. It’s absolute bollocks.”

When The Sunday Age visited the early voting booth at Narre Warren’s Foundation Learning Centre on Saturday, where Dragan was handing out how-to-vote cards, the Liberal candidate “declined to comment” in response to questions about the views he had expressed in the recording. He then rushed off to his car.

In a statement released by the Liberal Party shortly after, Dragan said he “unreservedly apologise[s] for my insensitive and inappropriate language”. He said his comments did not reflect the views or policy positions of the party.

‘We won this land fair and square. It’s like telling Britain to give the land back to the Vikings, and the Vikings to give it to the Romans.’

In the leaked audio, Dragan also said abortion was being used by women as a form of contraception.

”My argument is, I’m very for women’s rights, and health, but I actually believe that two cells combined are actually a human. And so if murder is wrong at an adult’s stage, where do we stop with the concept of murdering a human?

“And the thing is, for example, a baby is not a developed human. So where is the consistency in the argument? Why is the passage through the vagina the reason why you can or can’t murder a human? What makes a vagina’s trajectory so special? Does it give it a magical dignity or something like that, you know?”

The Labor Party holds Narre Warren North on a notional margin of 10.4 per cent, based on the results of the 2018 election. However, with the retirement of current MP Luke Donnellan, Labor fears it may be at risk of losing the outer-suburban seat. 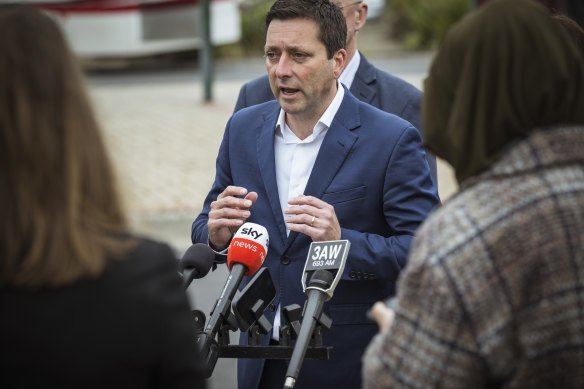 Dragan made the comments captured in the audio during a conversation outside the early voting centre on Tuesday. In the recording, he said the only time he cared about “pre-Australian” history was at a museum, and that Indigenous education in schools should be wound back.

He claimed he was Indigenous because he was born in Australia.

“Everything that you find now, all these institutions, even this government thing they got, it’s European – it’s not bloody Aboriginal,” Dragan said. “If we’re going to go by what’s Aboriginal, we might as well abolish everything, get our camping chairs and live in the desert.”

Dragan has been a member of the Liberal Party for three years and the chairman for the Liberals’ Narre Warren North branch for more than 18 months, according to the Dandenong Star Journal. He told the local paper in September his top three priorities were health, cost-of-living and integrity in government.

He describes himself as a ‘Burkian conservative’ in reference to former British MP Edmund Burke.

Dragan lives in the seat of Berwick, held by Liberal MP Brad Battin on a 1.3 per cent margin. In the audio, he described Battin as a “prick” and said he put the frontbench MP third on his ballot when he voted last Monday, the first day of early voting.

The seat of Berwick is being contested by the Liberal and Labor parties, as well as the Australian Greens, Animal Justice Party, Freedom Party and Family First Victoria.

The Liberal Party constitution requires its members to “work for the election to Parliament of endorsed candidates who shall receive the united support of the party”.

“One thing he did that was very annoying was that he tried to stop me from getting preselected,” Dragan said of Battin in the audio. “He knows I’m not going to support him for the leadership, and he wants someone who’ll support him.

“He’s an egoist. He’s very selfish. It’s all about him. It’s the one seat I actually wouldn’t mind losing, except for the fact that I live in Berwick … He was making up crap about me, saying I’m sort of a religious nut.”

Dragan twice signed a “Statement on Social Justice” petition, written by a group of Christian leaders in America’s south. The statement supports ‘complementarianism’, a Christian theological belief that men and women have distinct roles that should be obeyed. 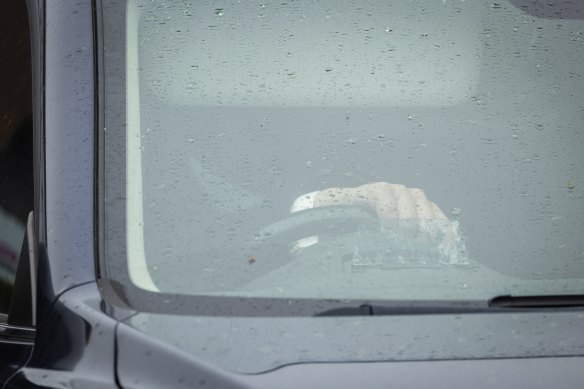 Timothy Dragan abruptly left when questioned by The Age at a Narre Warren North polling booth on Saturday. Credit:Paul Jeffers

It says while women may assist in the decision-making process, “the ultimate authority for the decision is the purview of the male in marriage, courtship, and in the polity of churches subscribing to this view”.

The Liberal candidate, who works as a recruitment consultant, said he “did not care” about his party’s position on achieving net-zero emissions by 2050, or legislating halving emissions by 2030, when questioned at the early voting centre this week.

In the audio, Dragan said if the party wanted to go down “the whole clean energy line”, the Liberals should instead champion nuclear energy. Asked about where the resulting nuclear waste should be discarded, he said: “Alice Springs, easy.”

“If I win, I’m crossing the floor mate [on emissions reduction targets]. I don’t care. I’ll vote against it,” Dragan said. “This area doesn’t care about climate change.”