BRIDGERTON has become the nation's new favourite period drama since it launched on Christmas Day.

Although the series is set in the 1800s, those looking to add a little Regency sparkle to their lives can book a stay in one of the many period properties dotted around the UK today. 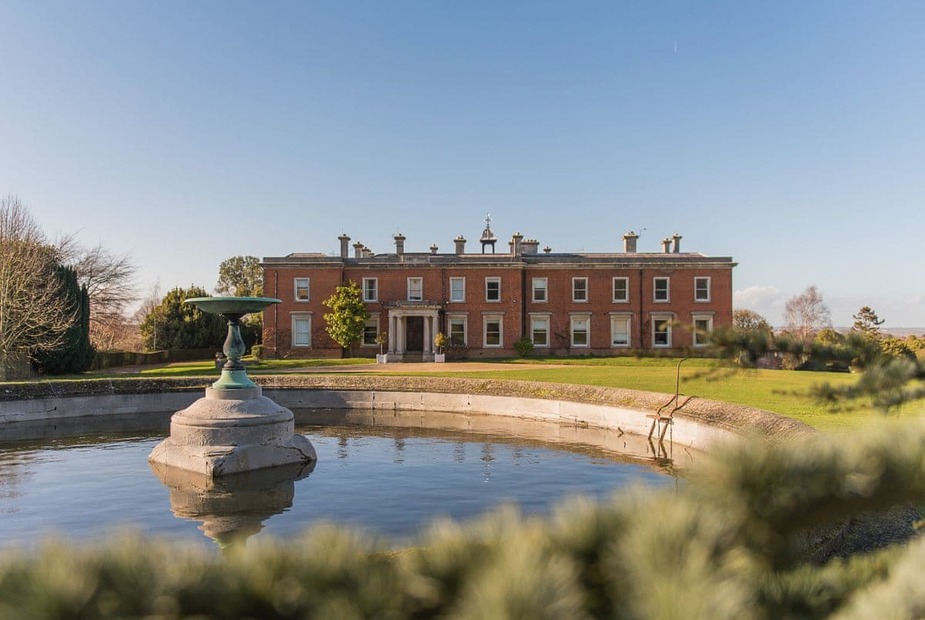 The Netflix show follows the Bridgerton family as they attempt to find love during the Regency era in England.

Fans have fallen for the series' costumes, interiors and of course, its homes – Google searches for 'Bridgerton house' are up by a thousand per cent.

We found several properties where you can live like a Duke or Duchess for less – with one starting from just £39 per person per night.

Of course, with lockdown rules, you will have to plan a staycation a bit further head with holidays not currently allowed.

Ranging from cosy cottages for couples to 12-person castles, read on to find out where you should be checking in… 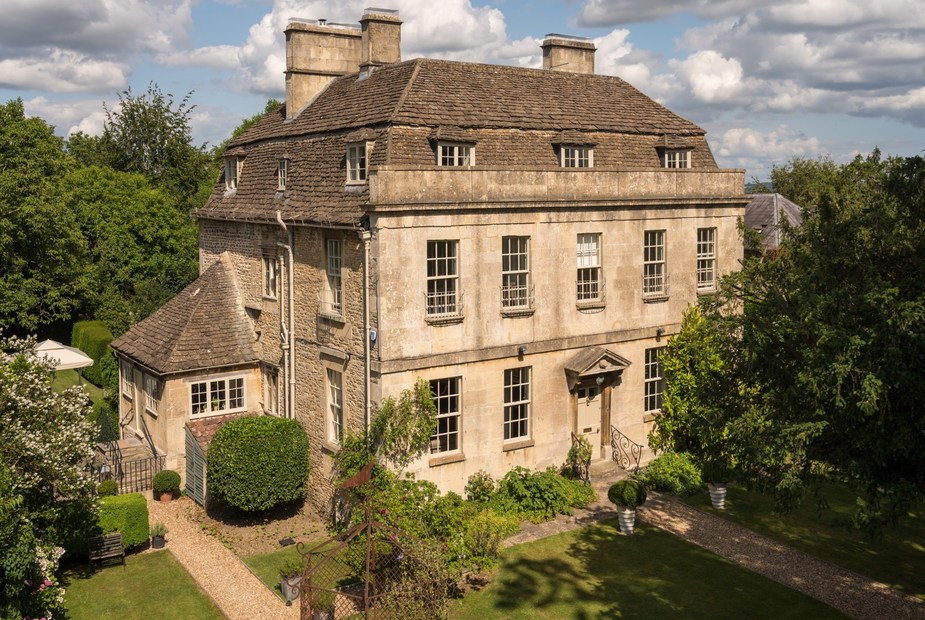 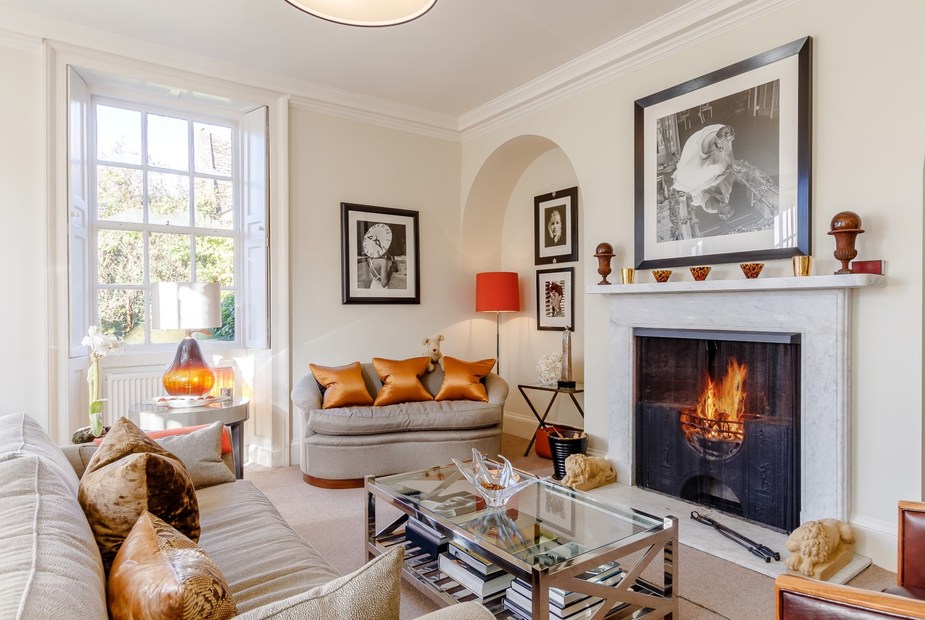 You can stay at this Grade II listed country home – humbly named Wiltshire Cottage – in the village of Pickwick, Corsham, which sleeps up to 12 people.

There's a grand entrance featuring a sweeping staircase, an open fire in the living room and large sash windows throughout.

The cottage is a short drive away from the Georgian Spa town of Bath, which features in many of the outdoor scenes in Bridgerton. 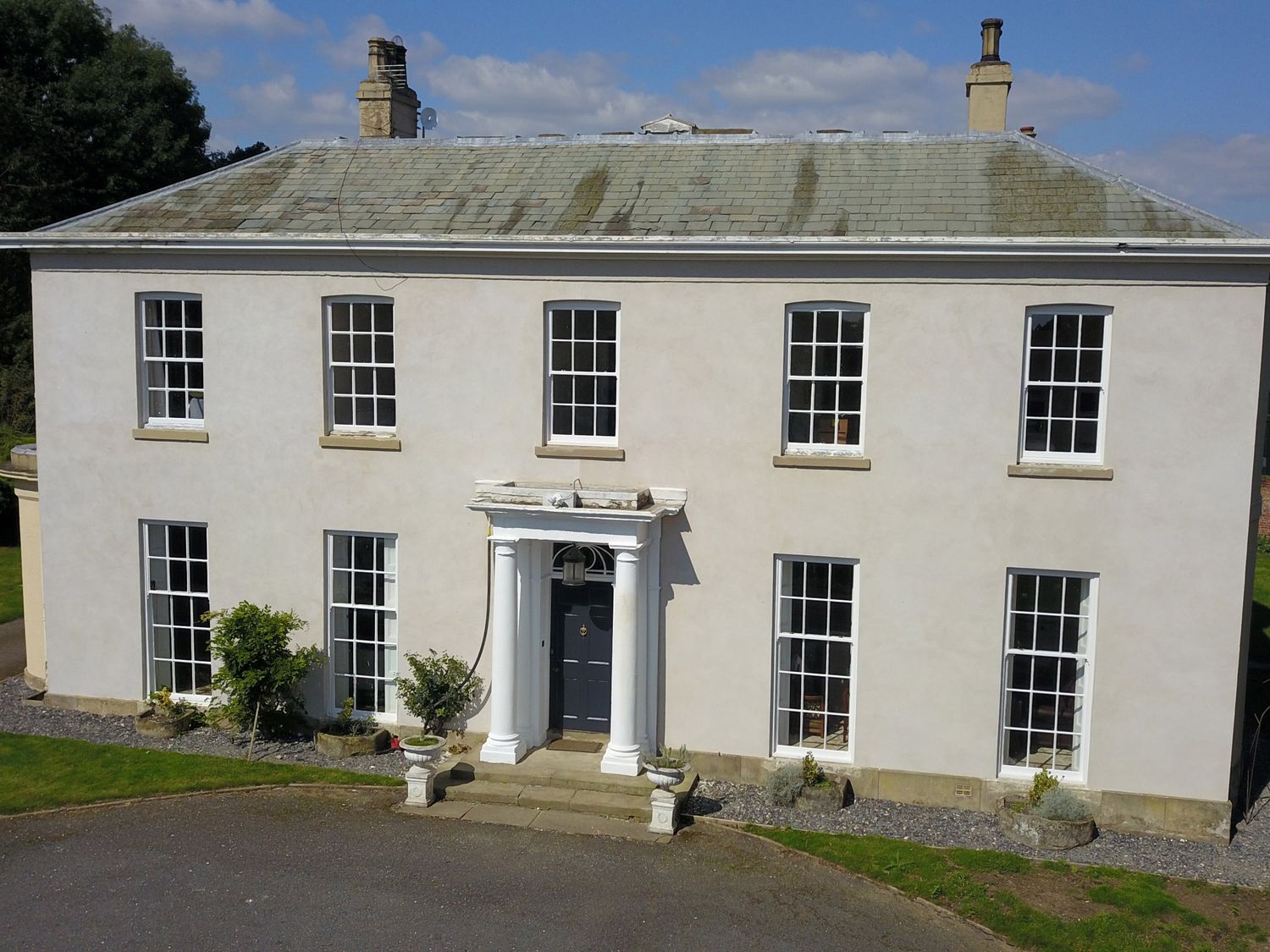 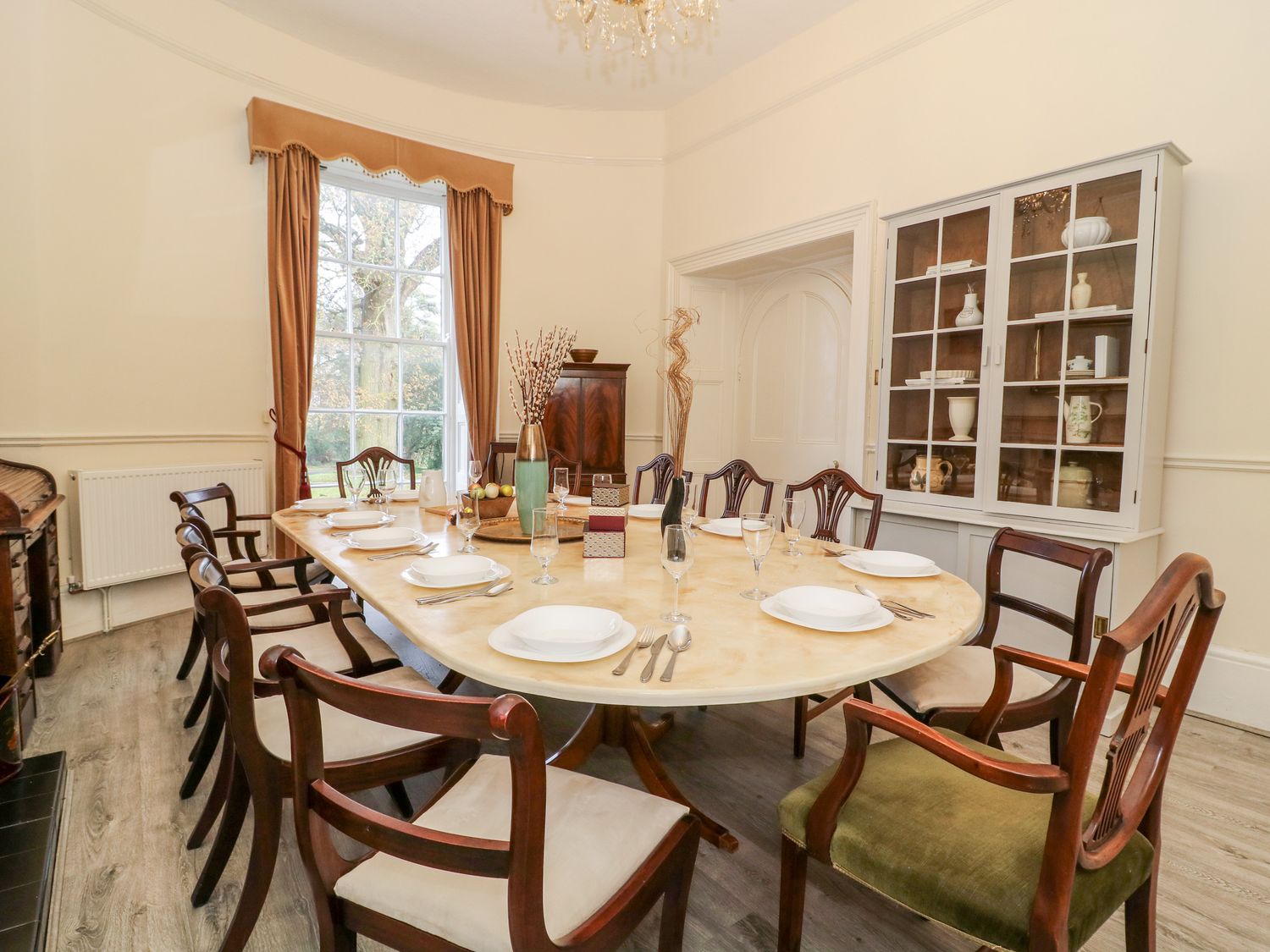 Dating back to 1816, Moortown House Farm is a luxurious manor house surrounded by idyllic countryside, historic villages and coastal resorts.

With room for 12 people, there's a large kitchen perfect for cooking as a group.

You can also use the formal dining room for sociable dinners, letting the wine and conversation flow.

There's antique-style decor, high ceilings, plenty of chandeliers and sumptuous leather sofas for cosying up with a film in the evening. 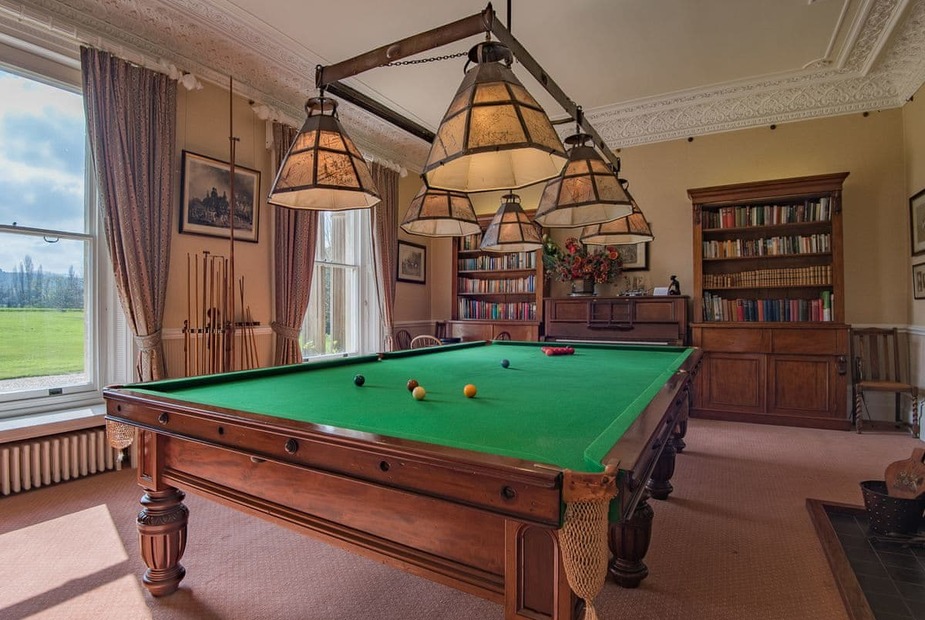 The Garden Wing at Mount Ephraim is set in ten acres of Edwardian terraced gardens and is a short distance from Faversham and Canterbury.

The rooms overlook the beautiful greenery made up of three themes; roses, Japanese rocks and water. 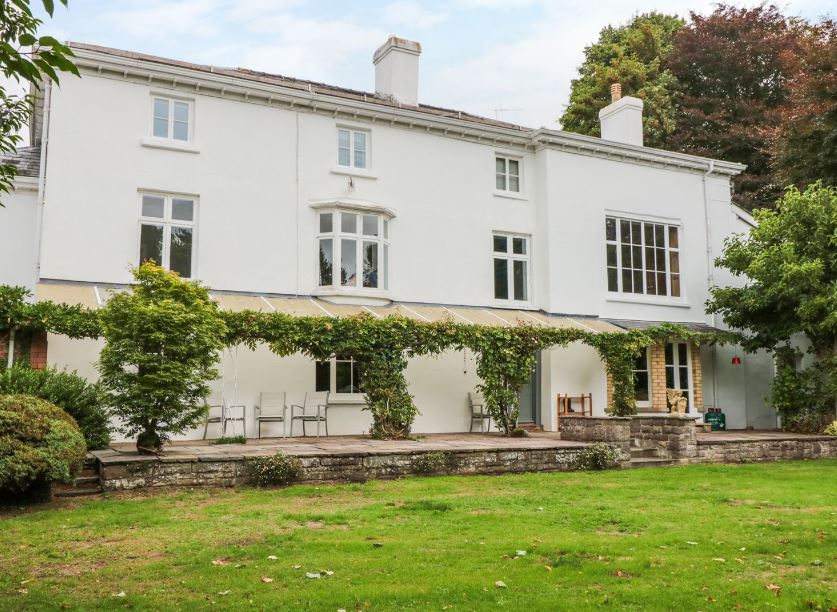 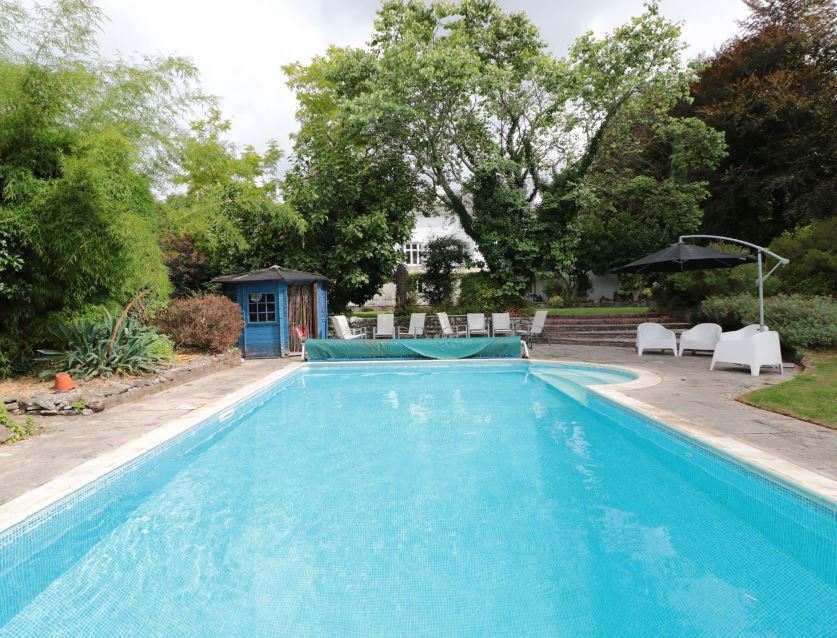 One of the cheapest stays is The Georgian House – a self catered, Grade II listed house set over two spacious floors, found in Pembrokeshire.

It has a large modern kitchen for cooking up a storm and French doors opening out onto the garden, as well as a pool table and a private pool.

Though renovated inside, it has many elements of its original Georgian style. 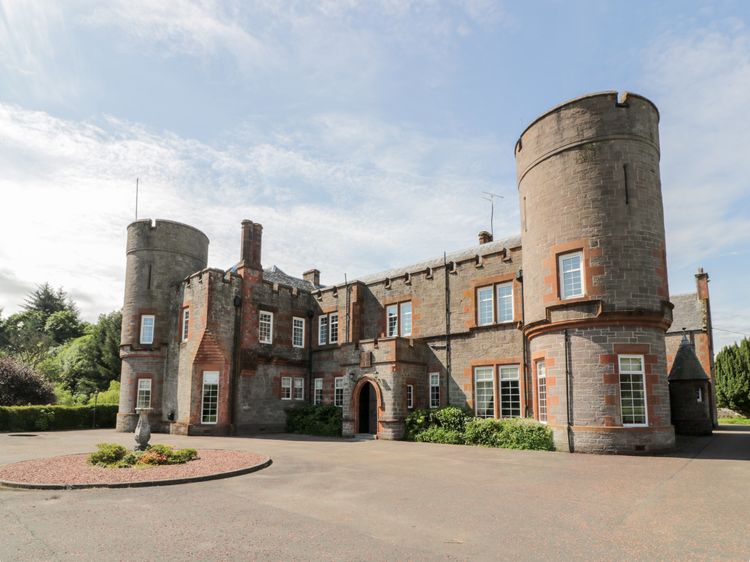 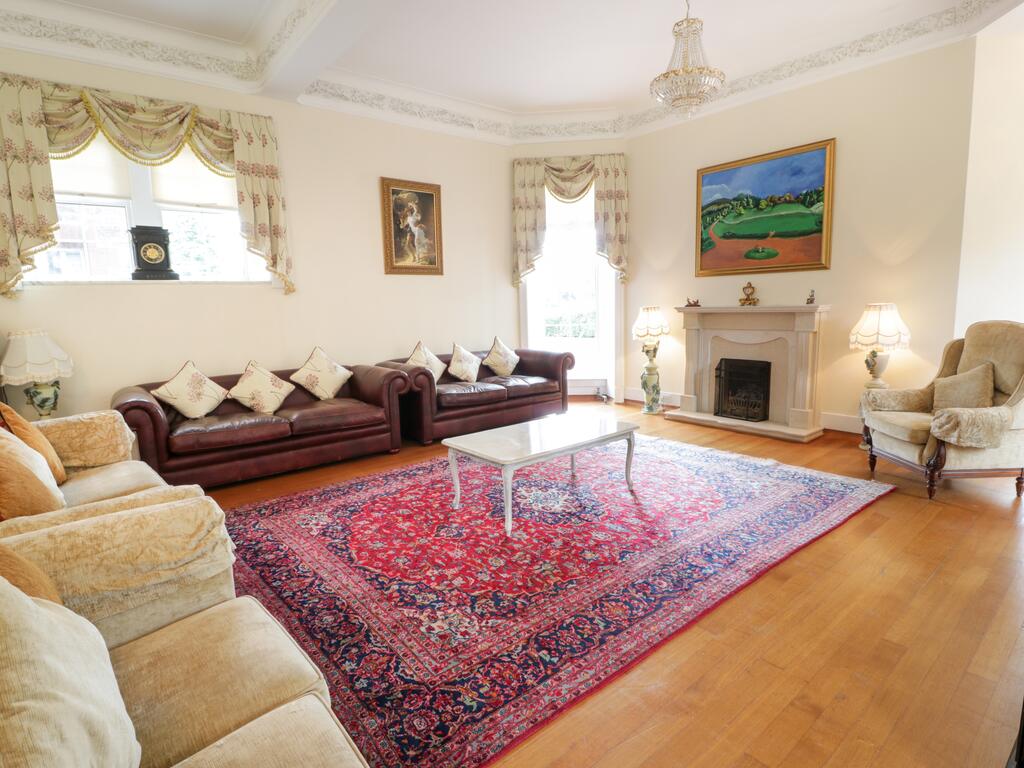 Auchentroig House is a large apartment within a castle-style country house.

There's room for 12 people who will gain access to beautiful private land and countryside.

There are even distant views of Loch Lochmond and The Trossachs National Park.

Inside expect grand and spacious accommodation – including a sweeping staircase – that's ideal for a group of family or friends who want a peaceful and tranquil break. 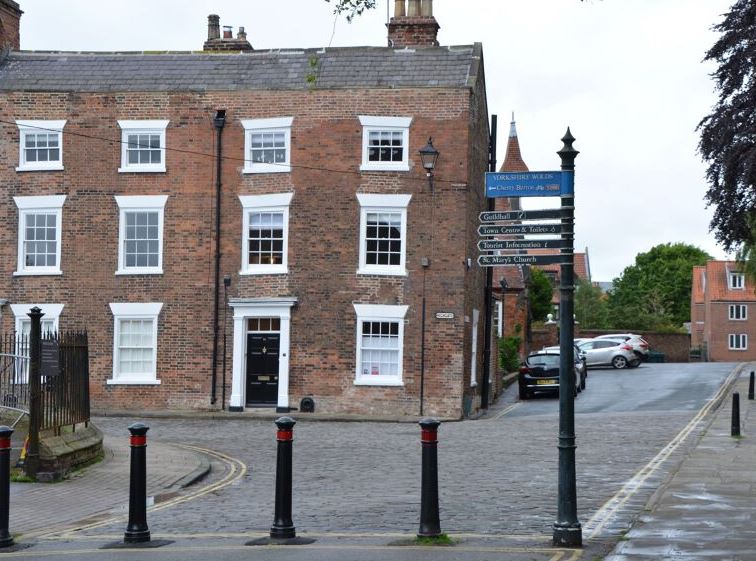 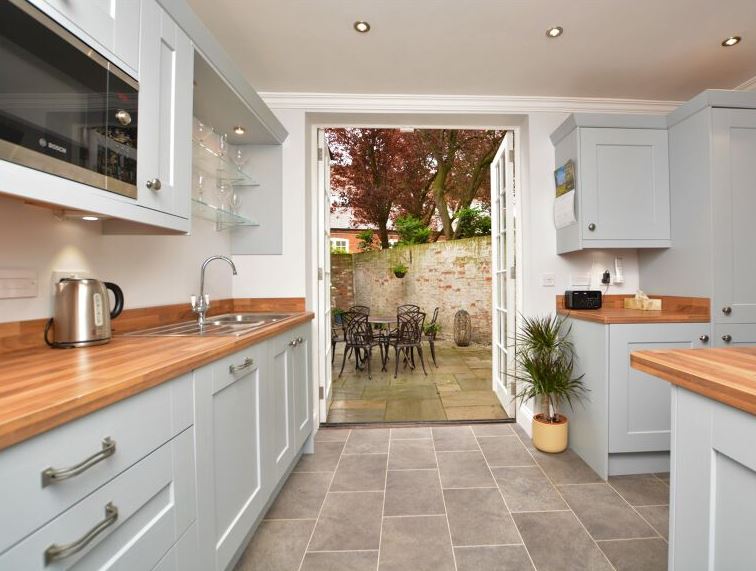 The eagle-eyed will spy the wonky windows of the charming Highgate Townhouse in Beverley.

It has old-school Regency style on the outside and modern facilities inside.

There's a lovely walled courtyard with outdoor seating too.

It has great views of the neighbouring Minster and is well placed for the restaurants and independent shops in the nearby town centre. 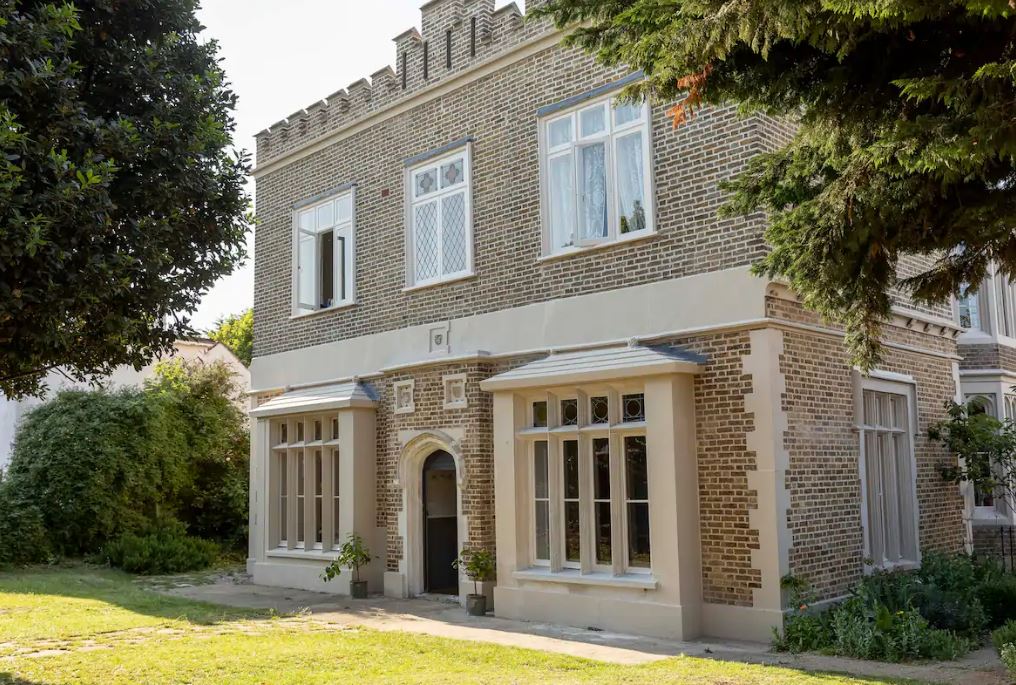 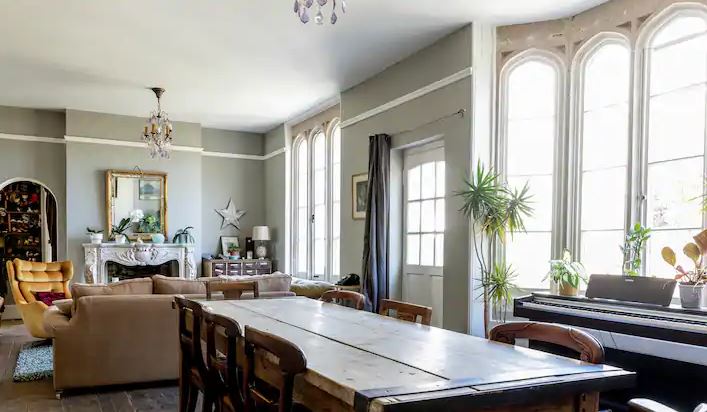 Gothic House is a Georgian villa rented out through AirBnb.

It has room for ten guests and is right by the seaside, as well as being within easy reach of Whitstable and Margate.

There's a large garden perfect for picnics or barbecues.

Inside are 15 foot-high ceilings and chandeliers, three large sitting rooms, a dining room, a study/library and a family bathroom complete with rolltop bath. 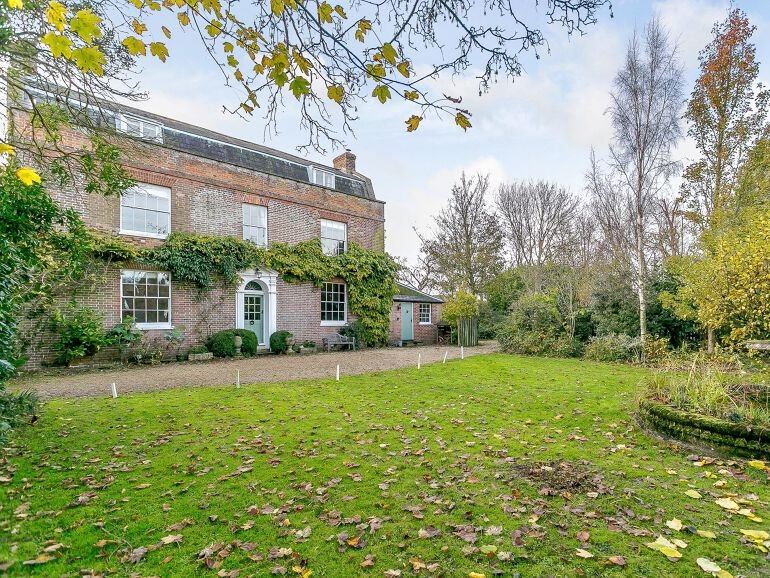 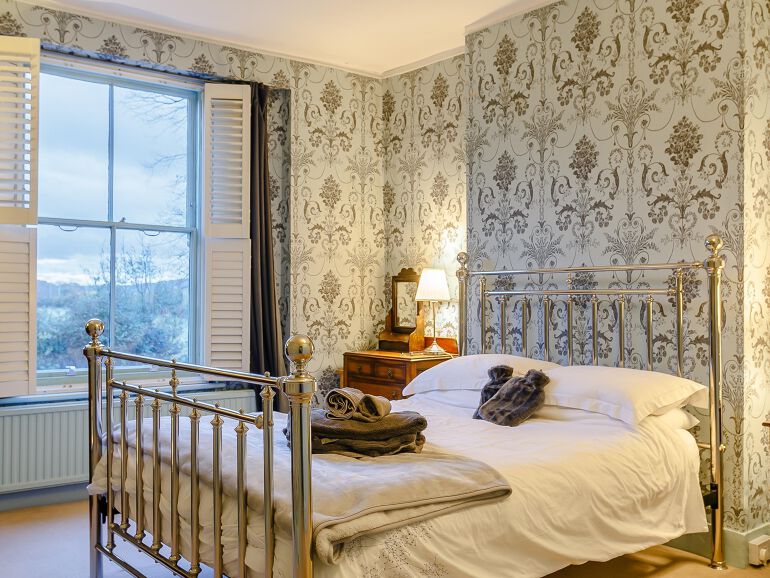 Built in 1820, The Old Vicarage is an elegant Grade II listed Georgian house on the Sussex coast.

The village its based in has cosy pubs and even a quirky windmill, which Paul McCartney once used as a recording studio.

Its also on the 1066 walk, which takes walkers from Pevensey to Rye via the town of Battle and is of great historic importance.

Inside there's a cosy feel with a lounge/diner with open fire and large sofas, a conservatory leading to the garden and a shaker style kitchen with a gas AGA.

Here are the real Bridgerton filming locations across the UK which you can visit.

Based on a series of novels by Julia Quinn, there could be up to eight series, each based on each sibling in the Bridgerton family.

For fans of the new Emma film, we've also rounded up the filming locations from the 2020 adaptation.

If you click on a link in this story we will earn affiliate revenue.