Australia will open its borders next year in a budget plan to bring back migrants and speed up the economic recovery, amid federal government fears that growth cannot be sustained if travellers are kept away and citizens kept at home.

In a key warning against closed borders, Treasurer Josh Frydenberg said he believed in restoring migration to the levels seen before the pandemic as soon as the government’s health experts declared it possible. 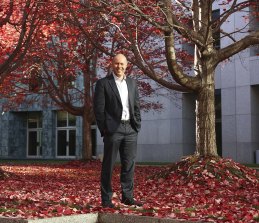 Mr Frydenberg also doused talk of a boost to the economy from Australians who cannot leave the country, saying this was adding to spending but was only temporary.

“It’s a pandemic effect, not a permanent one,” he said.

The federal budget, to be delivered by Mr Frydenberg on Tuesday, will include core assumptions for coronavirus vaccinations and infections to aim for the opening of the international border in 2022, several months after the forecast in the budget seven months ago.

“The borders will reopen when it’s safe to do so, and when they do, net overseas migration will increase, including skilled workers,” Mr Frydenberg told The Sydney Morning Herald and The Age.

“And those skilled workers play a very important role across the economy, but we’re not going to compromise public safety, or indeed the economic recovery, by moving ahead of the medical advice.”

Prime Minister Scott Morrison rejected the idea of a “fortress Australia” in comments on Sunday to correct media reports saying he wanted the border to stay closed in order to eliminate COVID-19.

“Australia’s COVID suppression strategy has not changed to an ‘elimination’ strategy nor is ‘zero cases’ our goal as reported,” he said on Facebook. “There will always be cases as we return Australians home from overseas. International borders will only open when it is safe to do so.”

Mr Frydenberg said he wanted to restore migration to the level seen before the pandemic, which was 239,700 in 2018-19, according to population figures in the federal budget last October.

“We will get back to it over time,” he said. “Obviously, net overseas migration went negative through this crisis. You’ll see Treasury’s forecast for the coming years on Tuesday night, but that again is a pandemic effect, not a permanent change.

“I believe in a generous, sustainable immigration program that reflects the best of who we are, which is an open, tolerant, diverse country.”

Labor leader Anthony Albanese said last week that the closed borders had highlighted the country’s reliance on temporary migrant workers and that “we should be investing in training Australians” to fill the skill shortages.

Labor home affairs spokeswoman Kristina Keneally argued one year ago for greater priority to be given to unemployed Australians rather than a return to the migration levels of the past.

“Do we want migrants to return to Australia in the same numbers and in the same composition as before the crisis? Our answer should be no,” she wrote.

Former Department of Immigration deputy secretary Abul Rizvi said a key test for the government would be whether the budget included an increase in the formal migration program to reach forecasts set out in a population statement last December.

“Migration will be a key component of Australia’s economic and health recovery from COVID-19,” it said.

Deloitte Access Economics expects net migration to be 20,000 in fiscal 2022 and rise strongly to 175,000 the following year.

Economists believe the budget will have to include an increase in migration to support its forecasts for jobs, growth and the management of Commonwealth debt.

“We might be able to hobble along for a couple of years without it but immigration is really fundamental to Australia,” said Gabriela D’Souza, senior economist at the Committee for the Economic Development of Australia, an independent think tank that began in 1960.

Ms D’Souza said the budget forecasts would be too optimistic if they did not come with measures to increase arrivals from overseas, such as using quarantine to expand the skilled worker and family intake.

“There will be entire sections of our economy that won’t do very well, such as education, tourism and hospitality. It’s going to hit a lot of sectors very hard,” she said.

“I struggle to see how we can sustain very high growth without migration.”

Mr Frydenberg acknowledged border closures had increased consumer demand in some ways, such as forcing Australians to spend their money at home, but said this was not sustainable.

“It’s an interesting point about the money that Australians are spending domestically, the money that otherwise they would have spent overseas. And, as you know, it is not insignificant,” he said.

“This is a temporary effect of the pandemic, not a long-term structural change.”

While more than 11.3 million Australian travellers returned from an overseas trip in the year before the pandemic, the number of returning Australians was 1.4 million in the first year of the crisis, with millions of consumers forced to spend their money at home.

Employers are warning of shortages of workers ranging from software programmers to veterinarians and chefs, saying the restrictions make it harder for companies to hire local workers as well.

“The budget should prioritise education and training and support this with measures to ease open the tap for permanent and temporary migrants,” he said.

Our Morning Edition newsletter is a curated guide to the most important and interesting stories, analysis and insights. Get it delivered to your inbox.