FAMILIES with a staycation holiday booked in the UK have been warned to check before travelling, due to local lockdowns being enforced across the country.

As regional areas are facing further restrictions and strict lockdowns, holidaymakers caught unaware could find their trip subject to a host of new rules. 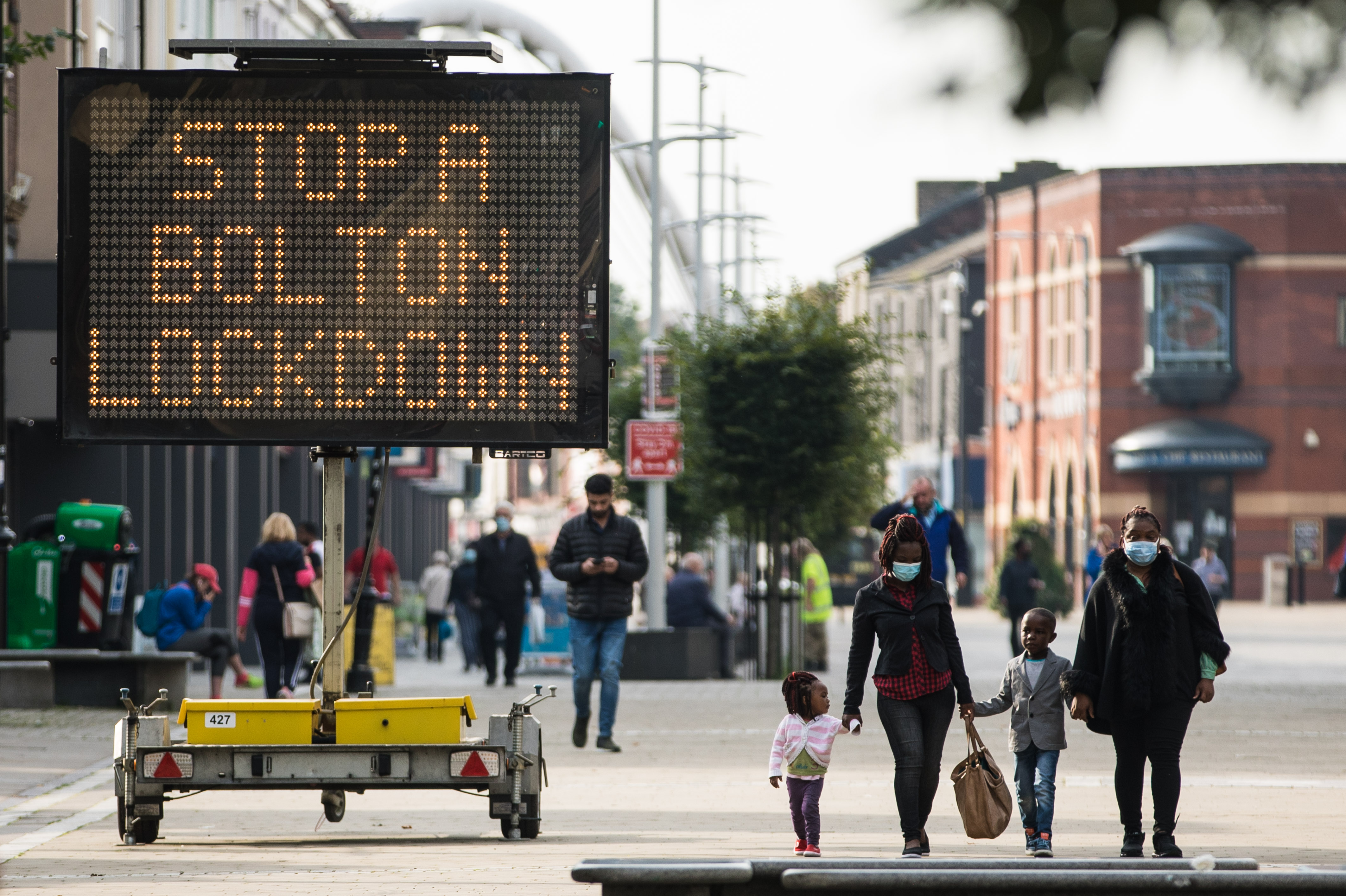 A number of regions have already had lockdowns enforced across the UK with more expected later this week, following an announcement at 11am today by Chris Whitty, Chief Medical Officer, and Patrick Vallance, Chief Scientific Adviser.

This includes Lancashire, Warrington, Halton and Merseyside but not Blackpool and Greater Manchester.

London is also feared to be weeks away from more severe rule changes with 10pm curfews and pubs shut, after Mayor Sadiq Khan cancelled the NYE fireworks over virus concerns. 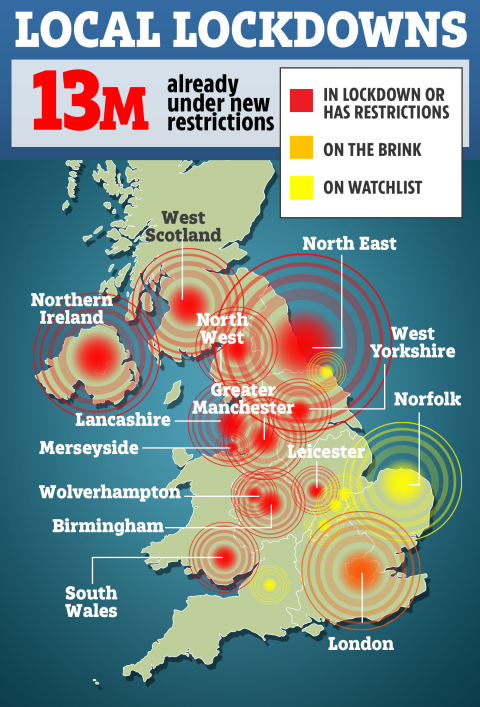 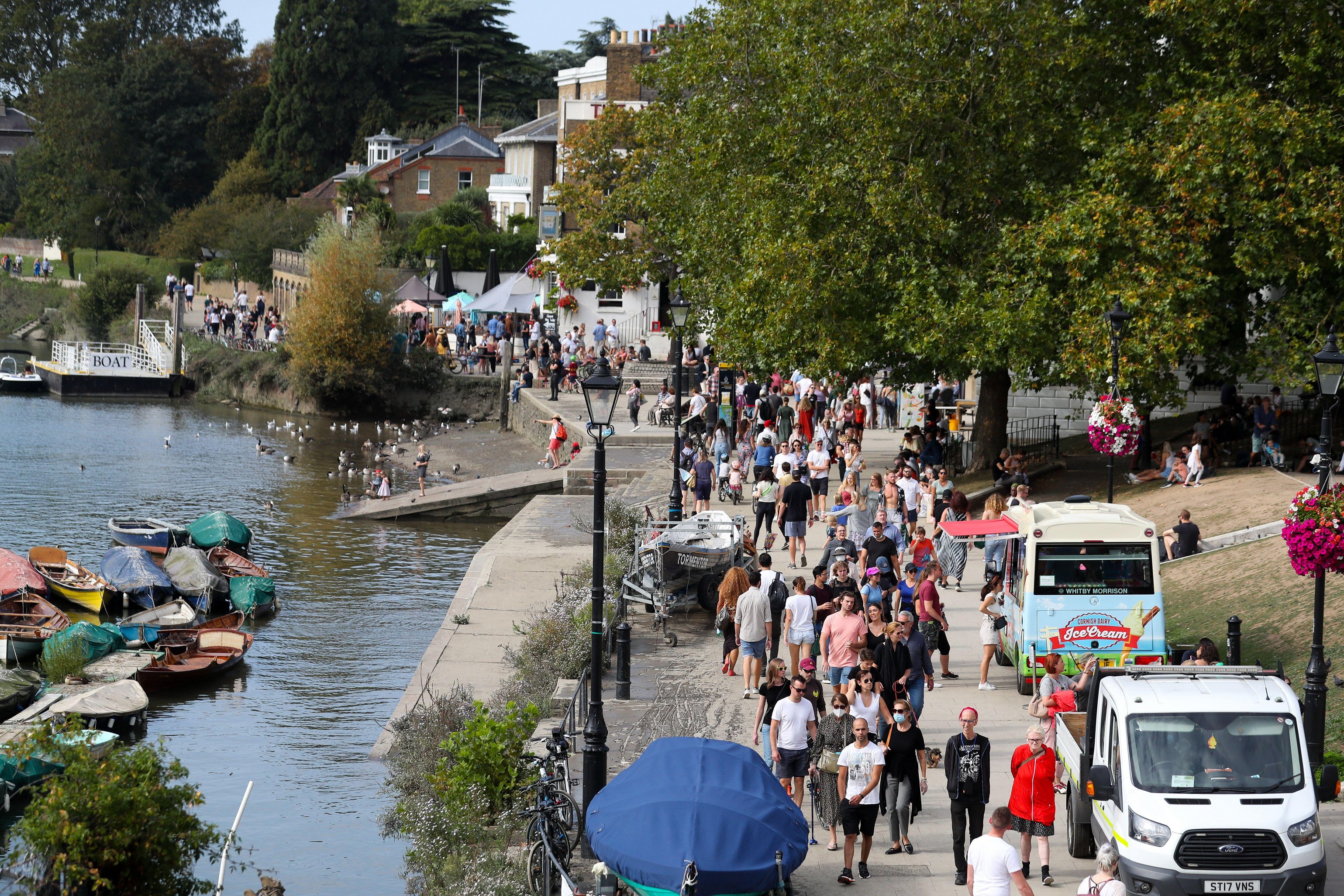 How will my holiday change if it is in an area under lockdown?

Under current government guidelines, if an area goes into lockdown, hotels are expected to remain open, but may not offer full food and drink services at their restaurants and bars.

According to the government website: "Hospitality venues must only sell food and drink for consumption on the premises if it is served to customers sitting at a table.

"They may also sell food and drink for consumption off the premises."

However, they must follow the curfew which is from 10pm until 5am, excluding takeaway services ordered online or by phone.

Trips booked for self-catered accommodation, such as Airbnbs, campervans and holiday parks, can also still go ahead as long as they follow the new rules of no more than six people.

Anyone caught breaking the rules will face fines up to £10,000.

Brits have been opting for UK holidays this year more than ever as travel restrictions take France, Spain and parts of Greece off the list for a trip abroad.

Countries have been placed onto the quarantine list due to the second wave sweeping Europe, leaving limited destinations and the risk of last-minute travel restrictions.

There are still a number of destinations you can go on holiday without quarantining on arrival or back in the UK – as long as you're willing to take the risk.

Related posts:
TV and Movies
Everything We Know About ‘The Mandalorian’ Season 2
Spoilers: Richard Hawley confirms shock Corrie exit for Johnny?
Emmerdale viewers spot glaring Tracy Metcalfe blunder ‘Where did it come from?’
Adele Faces Backlash Over African Sex Tourism Sketch on ‘SNL’
Recent Posts
This website uses cookies to improve your user experience and to provide you with advertisements that are relevant to your interests. By continuing to browse the site you are agreeing to our use of cookies.Ok