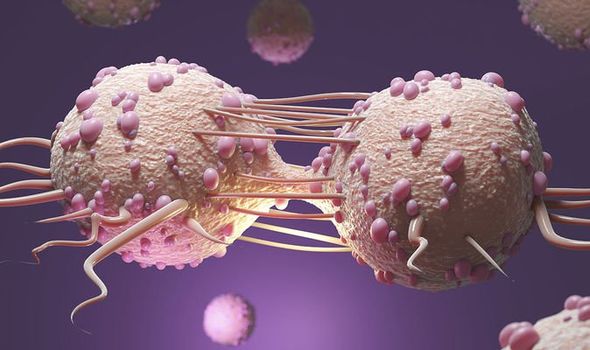 It is so accurate, it has a 0.7 percent “false alarm” rate for cancer detection, researchers said. By comparison, around 10 percent of women are currently wrongly identified as having cancer in national breast cancer screening programmes.

Study author Dr Michael Seiden said: “The ability to detect multiple deadly cancer types with a single test that has a very low false positive rate, and the ability to identify where in the body the cancer is located, will help healthcare providers to direct next steps for diagnosis and care.

“Considering the burden of cancer in our society, it is important we continue to explore the possibility that this test might intercept cancers at an earlier stage and potentially reduce deaths from cancers for which screening is not available.

Dr Seiden, the president of US Oncology, added: “This is the largest clinical study to develop a blood test for early detection of cancers.”

“The new blood test analyses chemical changes to a patient’s DNA, and uses this to predict the presence of cancer and the type.

In the study, blood samples from nearly 7,000 participants, either with previously untreated cancer or without cancer entirely, were analysed.

The team found less than one percent of people would be wrongly identified as having cancer.

The test was also able to predict the tissue in which the cancer originated in 96 percent of samples.

It is now hoped the test could be used in national cancer screening programmes.

Twelve of the most deadly cancers, including bowel, stomach and lung, account for 63 per cent of cancer deaths each year in the US and, at present, there is no way of screening before symptoms show.

• The study was published in the journal Annals of Oncology.