Cast of ‘terrifying’ new British horror film Host, which was filmed entirely on Zoom during lockdown, reveal the tricks they used to make it so chilling

The cast of new British horror film made entirely on Zoom have revealed the tricks that helped make it appear so realistic.

Jumpy horror film Host, hailed as the ‘great film of the pandemic’ was dreamed up by writers Rob Savage, Jed Shepherd and Gemma Hurley, after Shepherd sent Savage a text in the dead of night that read simply: ‘Zoom seance’, The Observer reports.

The 57-minute film sees a group of six friends coming together for their weekly video chat, as many people stuck at home at the beginning of lockdown did. 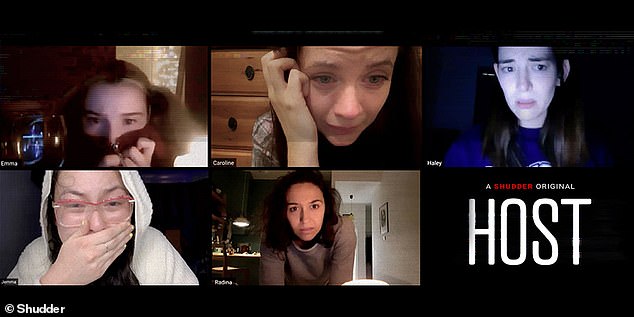 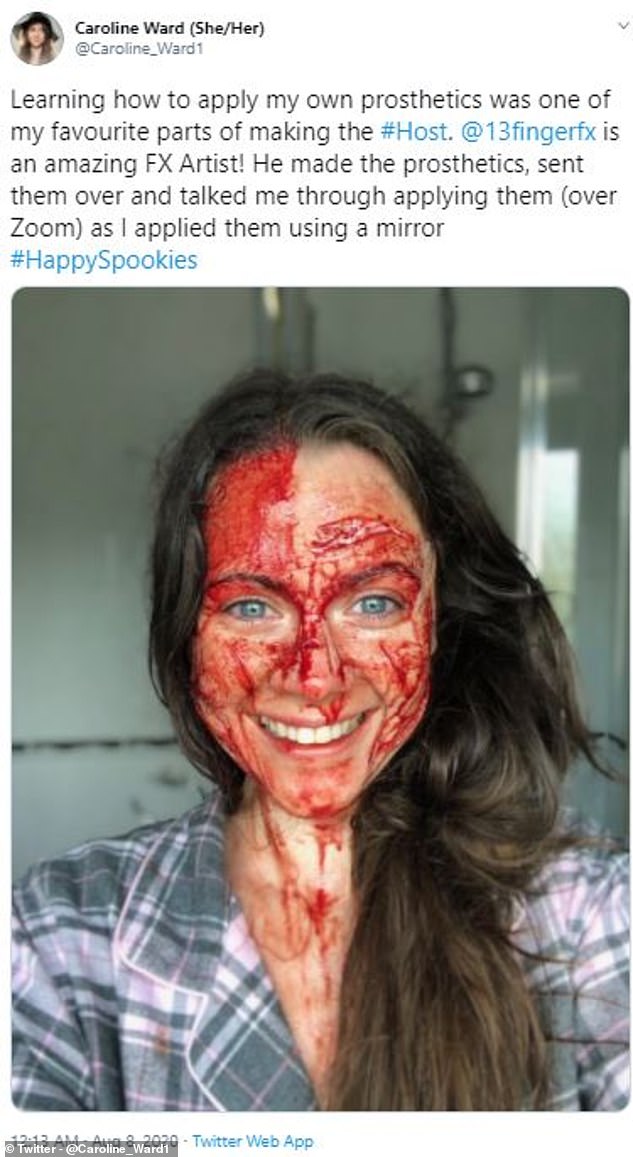 Actress Caroline Ward shared some insights into the gruesome prosthetics she had to create herself while filming from her home, with the guidance of a professional helping her

Instead of the usual quiz, the group invites a medium into their Zoom room to host a seance but she soon loses her internet connection, leaving them alone with the spirits.

Things take a turn for the worse as an evil spirit invades their homes and the group fear they may not survive.

To ensure the reactions were as genuine as possible, the actors were not given full scripts and they were also required to make their own fake blood and do their own makeup as the entire film was shot from their homes.

One of the films stars, Caroline Ward, shared several images and videos on Twitter to her followers, offering insight into how they created the scenes in their homes.

The prosthetics were made and sent to their homes before a special effects artist talked them through how to apply them – also using Zoom. 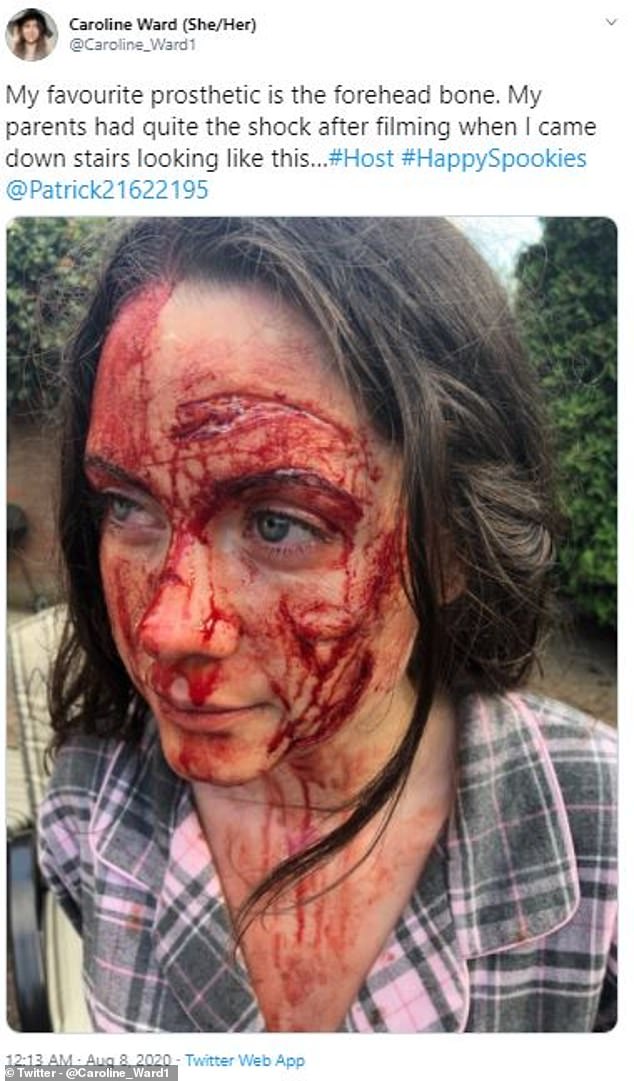 To make their reactions as realistic as possible, the actors were not given the full script and they performed all the stunts themselves 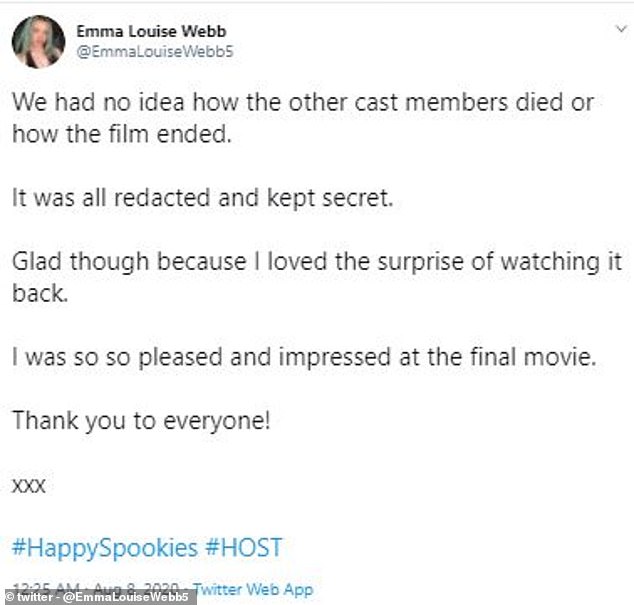 All the actors provided their own ideas and created their own stunts, some using smoke pellets.

Much to the writers’ surprise, their concept soon snowballed and was part of a bidding war between channels, with Shudder eventually winning and showing the film for the first time two weeks ago.

However, their idea did not always start out so ambitious, with Savage initially creating a short film which he recorded at home while on a Zoom call to some friends.

In the short, he ventures into his attic and much to his surprise a zombie is up there waiting for him. 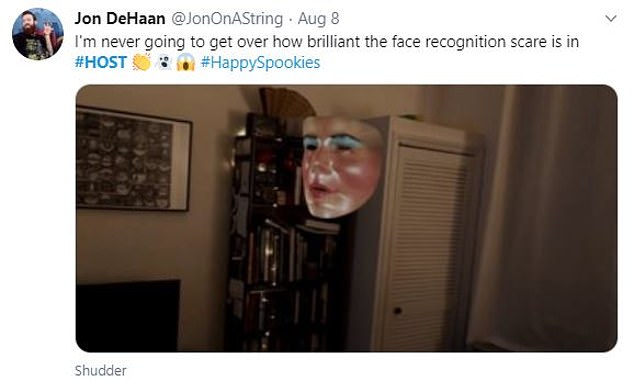 Viewers took to Twitter to share their appreciation for the film, with some saying people should ‘believe the hype’ around the movie

He shared the clip of his friends, who were freaked out by the footage, on Twitter and it was viewed millions of times, with the film industry soon knocking to make it a full-length film.

The film, which is currently the best reviewed horror movie of 2020, was made virtually from the actresses homes within 12 weeks.

Shepherd told The Observer: ‘We didn’t waste our time in lockdown just baking sourdough and banana bread, which is fine. People need to eat.

‘But it’s cool for me in years to come, when you look at this crazy time in history, we can point to it and say “this is what we did with our friends”.’