Chef José Andrés doesn’t want anyone to have to skip a meal in order to vote on Election Day.

The celebrity chef announced that the nonprofit group he founded, World Central Kitchen, will serve hot meals at voting sites on Election Day as part of its “chefs for the polls” initiative. They’ll feed voters and poll workers, “no questions asked.”

“Even while waiting in long lines, people across the country will not need to worry about where their meal is coming from,” Andrés said in a video he shared on Twitter.

World Central Kitchen will target polling locations that have historically had long lines, where large turnouts are expected or that have limited facilities.

Andrés said he was concerned long lines at polls could make it hard for working parents, seniors or others to “make their voices heard.”

“To preserve the DNA of this country, we must all be able to vote and not to see any obstacles in the process,” he said. 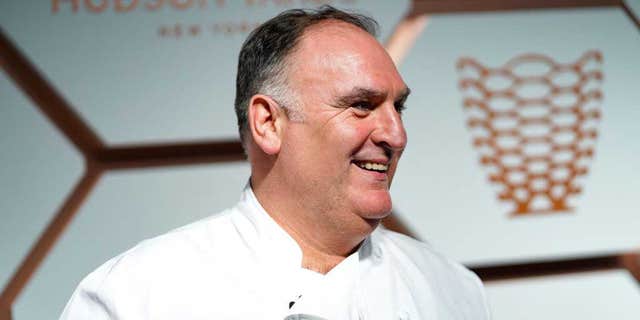 To serve all those meals, the group said it would partner with food trucks and restaurants, helping keep small businesses open amid the continuing difficulties caused by the coronavirus pandemic.

The nonpartisan effort will feed anyone, regardless of political party or beliefs, according to World Central Kitchen.

The Michelin-starred chef and World Central Kitchen have been busy during the pandemic. Back in February, the group served meals to passengers and crew quarantined on the Diamond Princess cruise ship in Japan. Since then, Andrés has advocated for legislation to support the beleaguered restaurant industry and transformed his own restaurants into soup kitchens for people who lost their jobs or otherwise were under financial stress.

Andrés, who was born in Spain and later emigrated to the U.S., said it’s “an honor to be able to cast my ballot in the United States of America.” He encouraged people to register to vote.

“Each of us has the most amazing civic responsibility to cast our vote,” he said.