One of Australia’s most in-demand theatre talents, Anne-Louise Sarks, has been signed as Melbourne Theatre Company’s first female artistic director in its 68-year history.

The move has been hailed as a coup for the MTC, which gains an artist with a growing international reputation, fresh from stints working in London, Europe and Sydney. Sarks most recently directed ABC journalist Sally Sara’s Stop Girl at Belvoir in March. 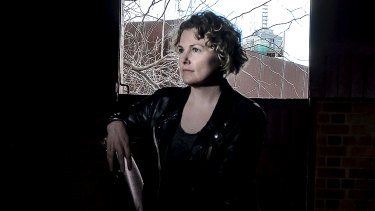 Sarks has pledged to bring new voices and perspectives to MTC, and to “take that work to the world,” creating new theatre that will put Australian plays on the global stage.

Sarks follows in the footsteps of giant figures of Australian theatre such as Ray Lawler and John Sumner. Her immediate predecessor, Brett Sheehy, formally hands over to Sarks in October after he launches his final program for the company’s 2022 season. 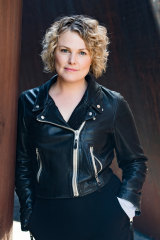 Speaking exclusively with The Age, Sarks said she had hoped for years her work might bring her back to Melbourne, where she studied and began her career.

“One of the things I learned when I was overseas was how much I missed and valued my artistic community,” she said. “I really wanted to come back and serve the community… this role felt like the perfect opportunity.”

Even before COVID-19 she had been thinking about how to bring new audiences to theatre, she said. The global crisis made her even more aware how “vulnerable and precious” theatre is.

“[This is] a unique opportunity for us as an industry, to reconsider the things that we have taken to be a given,” she said. “Looking a bit beyond what we know, beyond our own stories to the stories of others, those things feel really important right now and actually possible in a way that they didn’t before.”

Sarks wants to make world-class theatre, and work with her contacts and connections overseas to showcase it internationally. She interviewed for the job days before the birth of her first child on the last day of March, and then again two weeks afterwards.

“Part of me was like, ‘I can’t believe I just got there and said intelligent enough things’,” she joked.

Sarks, a graduate of the Victorian College of the Arts, has directed at London’s Barbican performing arts centre and was artistic director of the Lyric Ensemble in London. She has been associate artist at Belvoir in Sydney, director in residence at Malthouse Theatre and in 2010 was emerging resident director at MTC.

MTC executive director and co-CEO Virginia Lovett said the company flourished under Sheehy and, with Sarks coming in, was “poised to emerge from COVID with great energy and a new direction”.

Actor and playwright Kate Mulvany, whose hit play Medea toured the world and was directed by Sarks, said signing Sarks was a huge coup for MTC.

“We’re really lucky to have her back here [in Australia],” Mulvany said. “She’s really hot property all around the world… From London to Basel to Warsaw I have seen her embraced by international theatre communities who love her.

“She takes an idea and spins it on its head and rips the guts out of something to look at what’s inside – but she does it all with a really empathetic heart and such a supremely clever brain. She genuinely cares about the industry she works in, and wants to make it better.”

Sarks’ ambition is revealed in the speech she makes in the dressing room just before her shows’ opening nights, Mulvany said.

“She always says, ‘So, tonight, just take a moment to remember that this could be the first time that someone has stepped into this theatre, and it could also be the last time… and I want you to give that fact the respect, love and honour that it deserves.’

“It gives me tingles every time. She wants to change hearts and minds.”