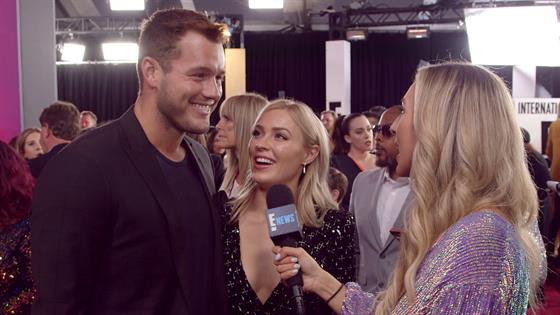 It’s been over a year since fans watched Colton Underwood and Cassie Randolph fall in love on The Bachelor. But in his new memoir, The First Time, the former football player revealed the season 23 celebs actually split for a bit last August. Underwood opened up about the brief breakup during an interview with People.

“To put it very frank, after the show, we realized we weren’t communicating as well as we once did,” the 28-year-old reality star told the magazine. “Nobody was forcing us to talk about real things going on, so we let a lot of things build up.”

Underwood said he felt like the two needed some space to figure things out, and Randolph agreed—making it a “mutual thing.” However, the breakup didn’t last long. Within two days, they were already missing each other.

“It was a very real and very emotional breakup, but it was also very good to be real and emotional because it forced us to have conversations and move on,” he told the publication. “Now, we know the flags to look for. When issues start to creep up, it’s like, let’s go have a conversation. We’re trying to be more transparent and honest and really trust each other.”

This wasn’t the first time the couple had experienced their fair share of ups and downs. Fans watched them face challenges on the ABC show. In fact, Randolph left the show, leading Underwood to take off and jump over a fence. However, they later agreed to give their relationship another shot and to explore it at their own pace.

Fast-forward to today, and the celebs are still in love. In fact, Randolph looked after Underwood after he tested positive for coronavirus.

His relationship with Randolph isn’t the only topic covered in the book. Underwood also wrote about being bullied and “struggling” with his sexuality. The book is available to purchase starting March 31.