Dr Amit Patel tweets under the hand @BlindDad_UK. He is an author and activist who speaks out on living as a blind person. Today he took to Twitter to reveal how he has been shopping after claiming he not bale to get a home delivery slot.

He wrote: “I’m back at @sainsburys bright & early today with @Kika_GuideDog to do our weekly shop.

“Despite being blind, I’m not judged vulnerable enough to get a priority home delivery slot so I have no choice than to venture out.

“How did you find getting groceries this week?”

Amit, who lives with his wife and two children, was in the vegetable aisle with his guide dog Kika, who he credits for changing his life after becoming blind. 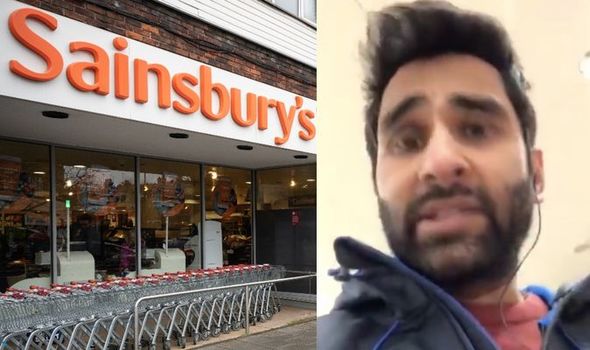 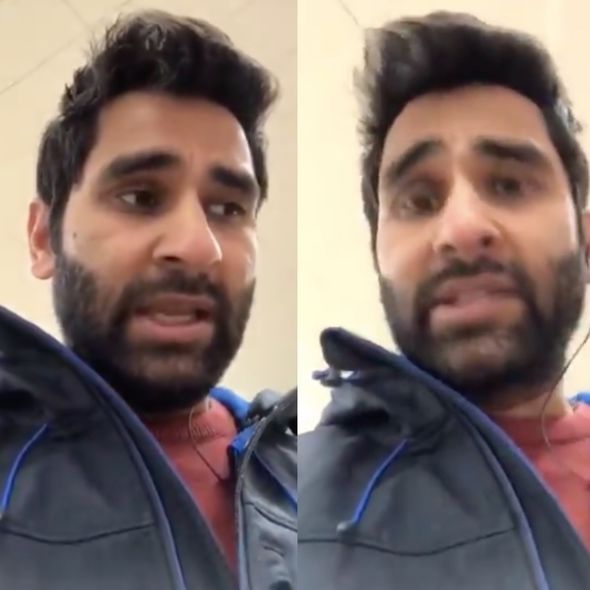 Twitter users were shocked Amit was left without a delivery slot despite not being able to see.

One wrote: “Come on @Sainsbury’s and other supermarkets it’s time to allow visually impaired people to be allowed in with the other vulnerable categories.”

“PLEASE put Dr. Amit Patel on your vulnerable list to get priority for a home delivery slot; this would be fair! How do you prioritize customers exactly? Surely any blind person should be at the top of the list, along with the frail & elderly?” another said.

Another said: “What??? How are you not classed as vulnerable and how are you expected to keep your 2m distance?”

However, another visually impaired follower responded to Amit, and said: “Hi Amit. I phoned a number up for Sainsbury’s and told them I was blind and they got me an online deliver slot 24 hours later. Had to wait about 45 mins on hold but DM me if you’d like the number :)”

Sainsbury’s is currently the only UK supermarket that has reserved all of its delivery slots for vulnerable people during the coronavirus crisis.

Since, the supermarket has seen a huge number of Britons register for the service.

Initially the supermarket worked with existing customers it had already identified as vulnerable while encouraging others to register as such. 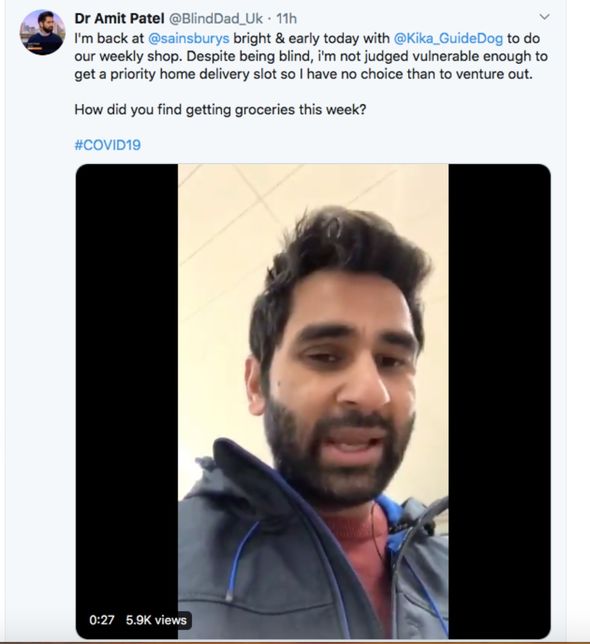 Now, additionally, the supermarket is also delivering to those on a government provided data base of vulnerable people.

Britons can register themselves as “extremely vulnerable” on the gov.uk website.

Appearing on this database will qualify you for a delivery.

Other Sainsbury’s workers are looking at others who are requesting delivery on a case by case basis.

Those who have neighbours or family who can help with deliveries are being urged to do so, to ease the demand and save slots for those most in need.

A Sainsbury’s spokesperson told Express.co.uk: “We’re prioritising elderly and vulnerable people for our online delivery service and have asked Amit to call us so that we can arrange his slot.” 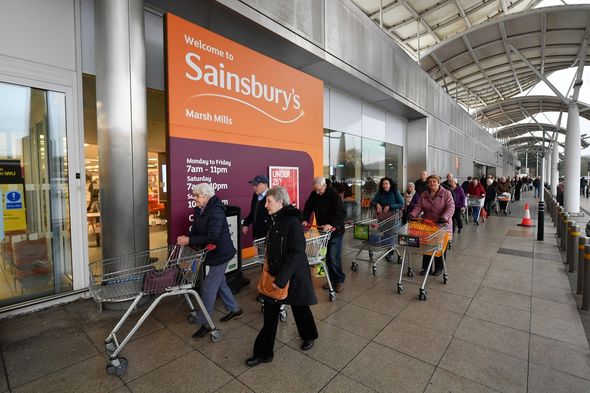 Tesco, Asda, Sainsbury’s and Aldi have all been criticised after Twitter users claimed they were not letting children into stores.

Even single parents have been told their young children would have to wait outside without them.

Tesco, Asda, Sainsbury’s and Aldi have all been accused of this on Twitter.

Sainsbury’s shoppers wrote: “So when did you decide to stop allowing children into your stores?