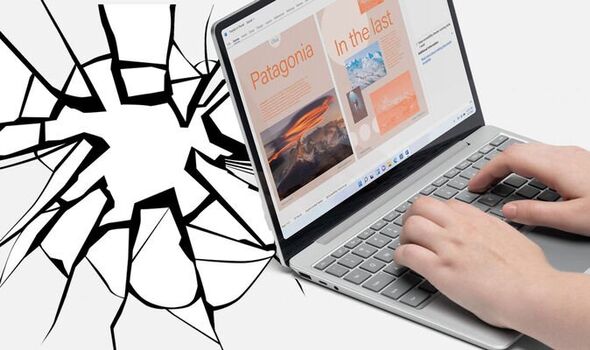 Windows 10 users need to download a crucial new security upgrade Microsoft has just released. For the latest Patch Tuesday the Redmond-based tech giant has pushed out a new update which brings with it 56 fixes in total. If that wasn’t bad enough, one of these bugs has been given a dreaded zero-day rating which means the dangerous glitch is being actively exploited by hackers.

The flaw, which has been dubbed Follina, lets hackers exploit a vulnerability in the Windows Support Diagnostic Tool to run dangerous code on a Windows 10 computer remotely.

It’s believed the vulnerability has been exploited since April, with cyber criminals able to install new programmes, delete data as well as view and change it, as well as creating entirely new Windows accounts on a compromised PC.

This threat was spread via malicious HTML and Word files that were included in scam emails.

Express.co.uk reported on this threat recently, warning Gmail, Outlook, Hotmail and other email users of the danger.

Speaking about the threat, Microsoft said: “An attacker who successfully exploits this vulnerability can run arbitrary code with the privileges of the calling application.

“The attacker can then install programs, view, change, or delete data, or create new accounts in the context allowed by the user’s rights.”

The Windows and Surface makers also advised customers to install the latest patch to protect themselves from the Threat.

The tech giant said: “Microsoft strongly recommends that customers install the updates to be fully protected from the vulnerability. Customers whose systems are configured to receive automatic updates do not need to take any further action.”

The Follina vulnerability, which has been labelled CVE-2022-30190, has been given a 7.8 score on the Common Vulnerability Scoring System (CVSS).

The standardised system is used to rate how dangerous a vulnerability is, with the Follina bug being ranked as a ‘high’ rated threat.

Besides including a fix for this dangerous bug, the recent Patch Tuesday release also brings with it three fixes for flaws that are rated as a ‘critical’ danger.

To check if your PC needs to be updated first click on the Start or Windows button and then go into the Settings screen.

You will then need to choose Update & Security and then click on the Windows Update tab.

Then, click Check for Updates. If you have an update available that you can download it will begin downloading automatically.