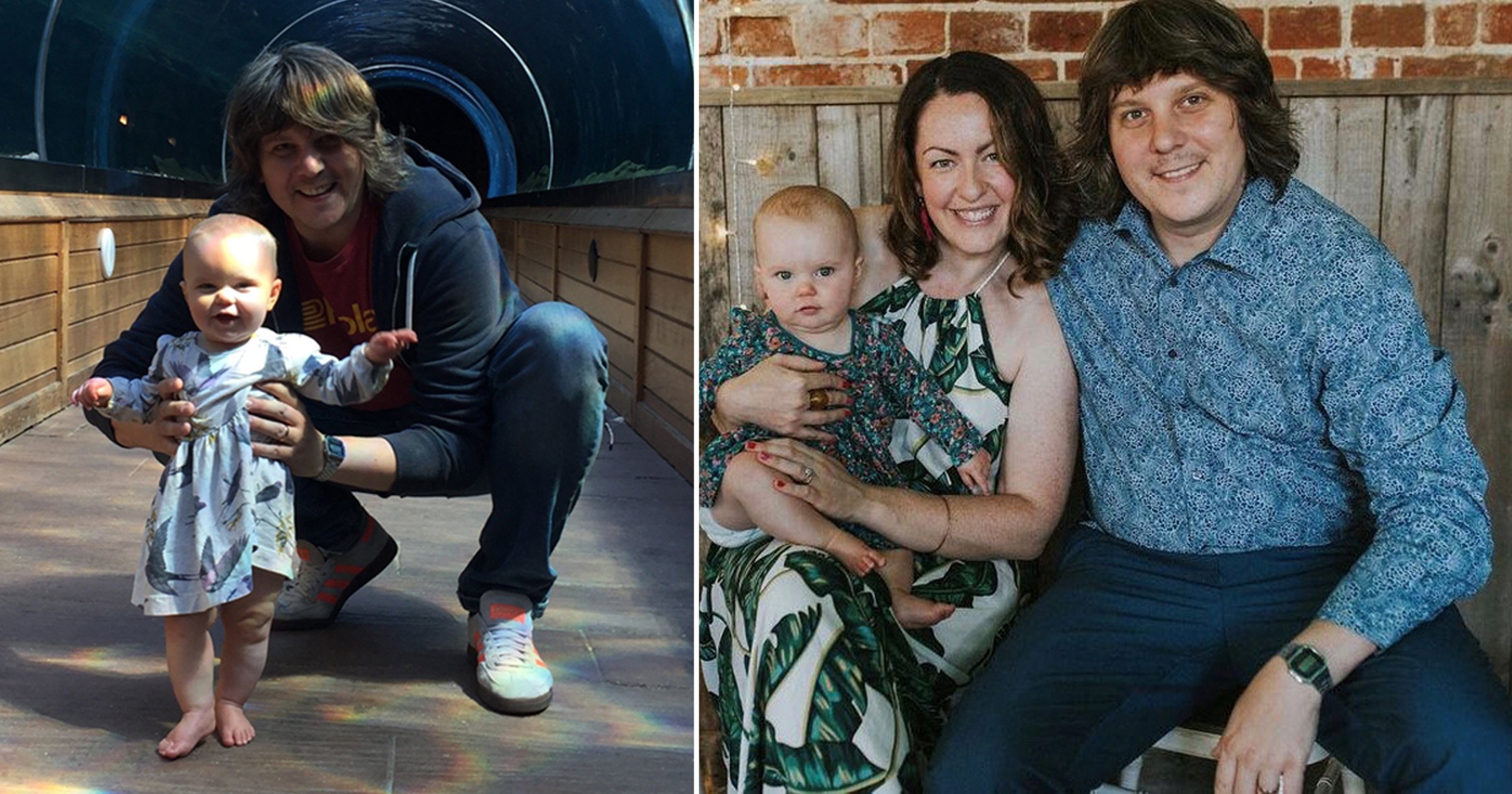 Freelance artist and dad-of-one John Livingstone, 38, was working as a DJ at a music event in his hometown of Colchester when he spotted a stall for The Robin Cancer Trust.

He wandered over to the stall, and found the charity had a set of fake testicles that you could pick up and touch, to get a sense of what a lump feels like.

‘It sort of stuck with me,’ said John.

Then, in 2017, when he was organising another local DJ event, he thought of the stall when he was looking for somewhere to donate his proceeds to and asked if they would consider having a table there.

John said: ‘I got in touch with them and they were more than happy to come along to my event.

‘It wasn’t something I’d really thought about before then but after that, I started to check for lumps regularly.’

In August of that year, prompted by his interactions with the charity, John did a testicular check – and discovered two pea-sized lumps in his left testicles.

Within two weeks of his diagnosis, John went under the knife at Colchester Hospital to have his left testicle removed, with a silicone prosthetic put in its place.

He said: ‘I was quite upset when I first found them and Aisling was worried for me.

‘But I couldn’t fault how well the doctors responded, they dealt with it with such urgency.’

John was referred for an ultrasound and, as a result, the lumps were diagnosed as germ cell tumours, a form of cancer that grows from reproductive cells.

‘Doctors explained that it was quite an aggressive form of cancer,’ he said. ‘It was devastating to hear but they were optimistic that, because it had been caught so early, it was treatable.

‘It was thanks to the Robin Cancer Trust that I was diagnosed so early, I dread to think what the outcome might have been if I hadn’t spotted their table at that local music festival.

‘It could have been so much worse.’

Luckily, after the surgery, John got the all-clear.

He worried about his fertility, but just a year on John and his wife, Aisling, welcomed their first child, Orla. They’re expecting their second this July.

The dad credits the Robin Cancer Trust not only with saving his life, but enabling him to become a dad.

‘There’s no doubt that the Robin Cancer Trust saved my life. If I hadn’t been checking regularly then I don’t even know if I’d still be here.

‘I feel so lucky. I have a wife, a daughter and another baby on the way. Life is so precious to me.

‘Cancer is a scary word, there’s no doubt about it, but if you suspect something is wrong with your body, you must get it checked out.

‘I would urge any man to check for lumps regularly and to not shy away from seeing the doctor.

‘If I hadn’t found the cancer so quickly, I might not even be here but now I get to be a dad to two beautiful children.

‘Life means so much to me, now more than ever, and I owe it all to the Robin Cancer Trust and the brilliant NHS. They saved my life.’