A daughter has revealed how her late father sent her an email with instructions on how to throw a 25th wedding anniversary party for her mother from beyond the grave.

Alyssa Mendoza, from Manila, told how her father, Bing, planned the party before dying of chronic kidney disease in 2019, booking a flower delivery a year in advance.

Speaking to Bored Panda, the overwhelmed daughter revealed she received an email from her father in May 2020 – ten months after his death – where he detailed how he wanted the silver wedding anniversary celebration to go.

Alyssa also detailed how her father has paid a florist to send her mother Joji flowers every year on her birthday (August 19,) Valentine’s Day, and their anniversary (June 10) for the coming years.

In the email, which he scheduled before his death to be sent a few weeks before the important date, her father asked Alyssa to follow his instructions to the letter so that her mother would get her dream wedding anniversary. 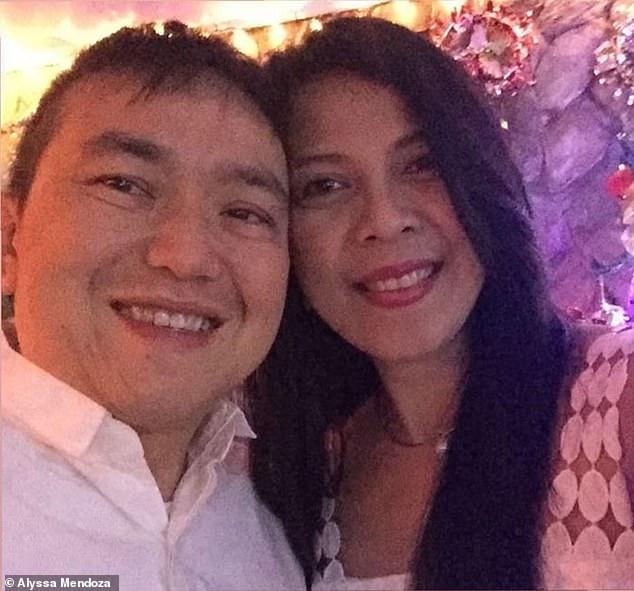 Alyssa Mendoza, from Manila, revealed how she received an email from her father ten months after his death, where he instructed her on how to plan the perfect 25 years wedding anniversary for her mother (Alyssa’s parents seen before her father’s death) 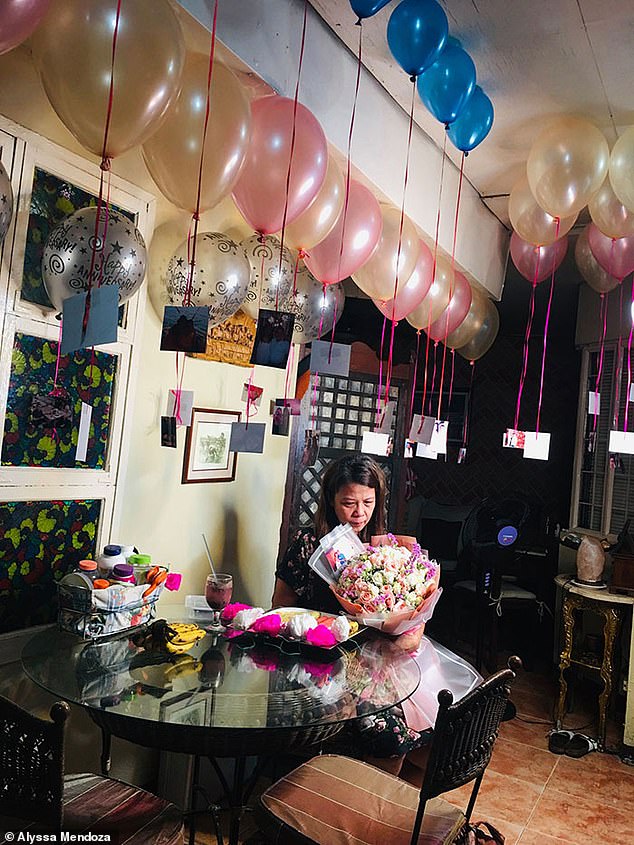 Dedicated Alyssa followed her dad’s instructions to the letter. Pictured: her mother looking at the flowers the father ordered for their anniversary before his death

Posting a picture of the email, Alyssa wrote on Facebook: ‘Three weeks ago I received a scheduled email from my dad.

‘At first, I was scared to open it because, well who wouldn’t be scared to get and open an email from someone who passed away 10 months ago?

‘Two days after I saw the notification, I decided to open the e-mail and couldn’t believe what I was reading. My dad’s love for my mom IS definitely immeasurable.’

Alyssa went on to explained what she found in the email.

‘The e-mail contained instructions for me for their anniversary celebration this year. Apparently before my dad passed away 10 months ago, he planned everything,’ she wrote. 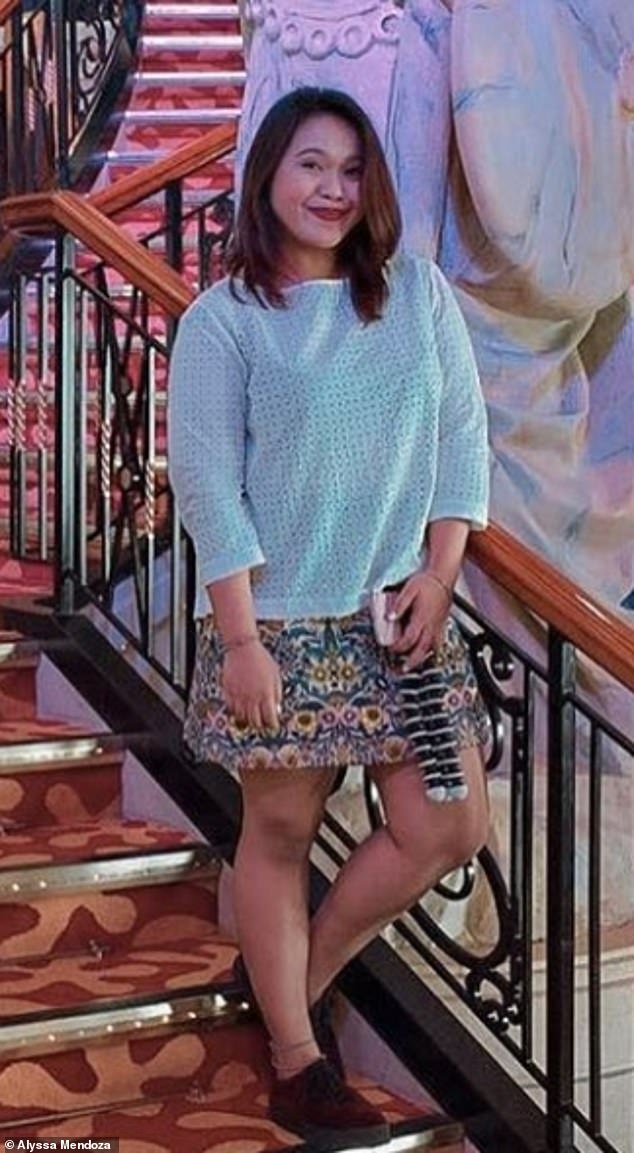 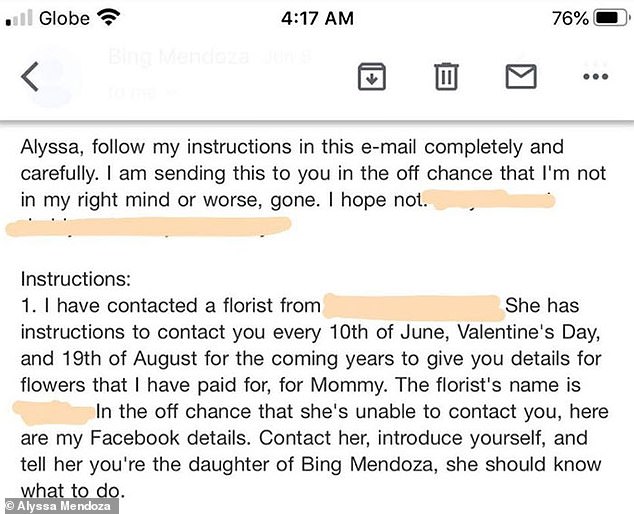 A screenshot of the email sent by Alyssa’s father. He had planned everything, including how Alyssa could get into contact with the florist he’s commissioned for the flowers

‘He even contacted and paid for a florist to deliver flowers to my mom for the coming years on every special occasion, my mom’s birthday (August 19,) Valentine’s Day, and their anniversary (June 10.)

‘The e-mail also contained a letter that he wrote for my mom which had all the words she needed to hear from him to be okay.

‘He literally thought of everything to make his great love feel all his love. They were supposed to celebrate their 25th silver wedding anniversary together today but God had other plans.

‘But even if they’re not physically together, even though he’s no longer here, he was still able to surprise and make my mom happy. Not even death could stop my dad from loving my mom and showing her how much she meant to him,’ she went on.

Alyssa explained her father even picked flowers that had a special significance to his and her mother’s love story.

She told FEMAIL that she was unaware of how long the flowers would continue to be sent, as the florist was ‘sworn to secrecy’. 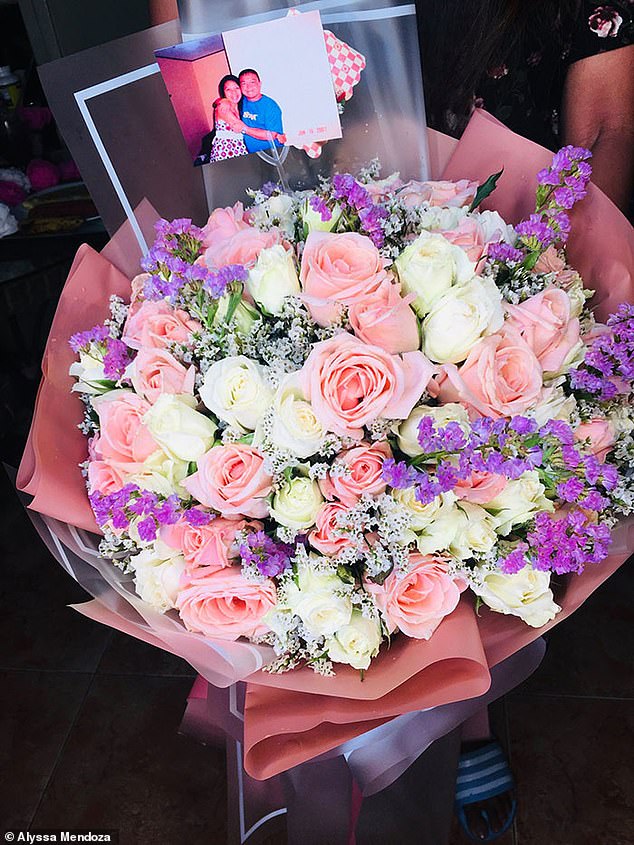 Alyssa explained her father schedule a flower delivery for her mother before his death. He picked white and pink roses, her favourite 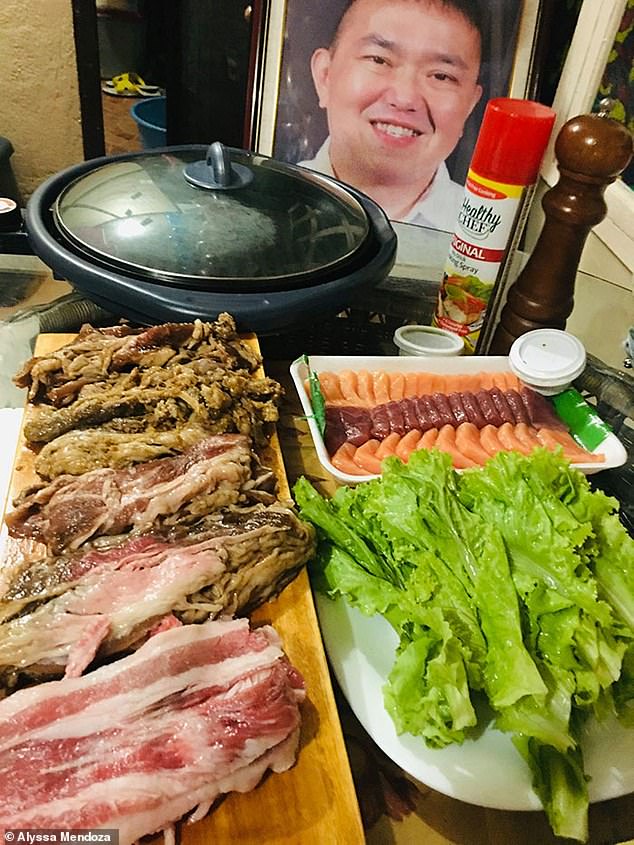 Bing planned the party in both the eventuality of his death, and if he’d still were alive on the day. Alyssa got the food her mother wanted and used memorial pictures of her father

‘White roses are special to my parents because when my dad was courting her, my mom had two suitors. She told herself that whoever gives her white roses was “the one” and obviously it was my dad who gave her white roses.

Dedicated daughter Alyssa worked all night to make sure all of her dad’s instructions were respected.

He asked her to either take her mother out to a restaurant of her choice, or have whatever she wanted to eat delivered to the house. 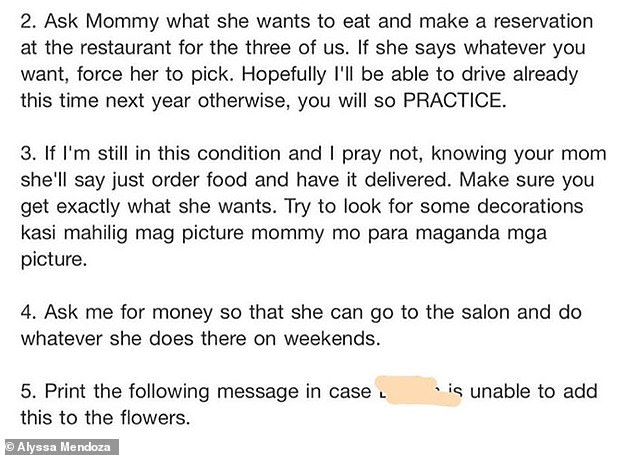 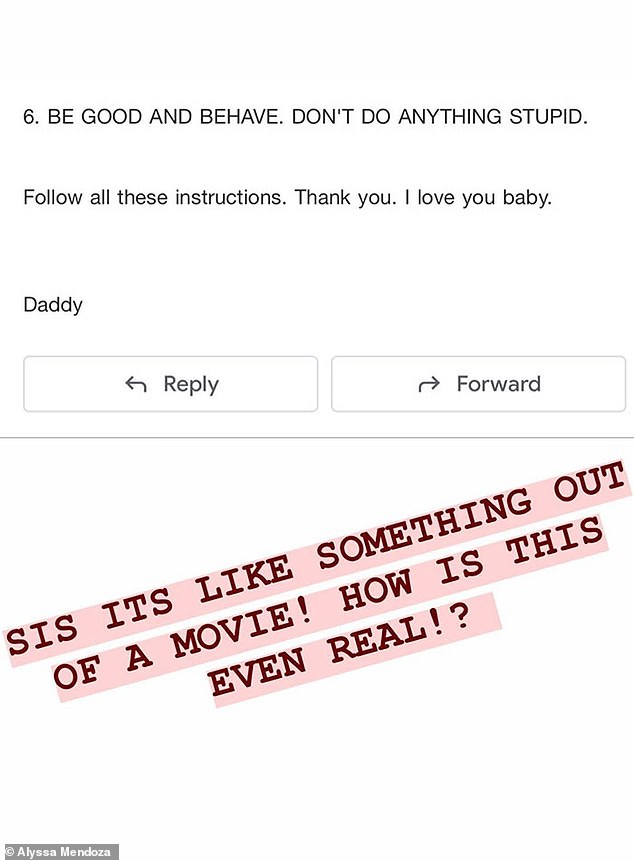 Bing planned the party in both the eventuality of his death, and if he’d still were alive on the day. Alyssa said the email felt like something ‘out of a movie’

Alyssa shared the email and story on Facebook, where she went viral, wishing her parents a happy 25th wedding anniversary

Battling his chronic kidney disease at the time,her father came up with instructions in both the event of his death, and in the eventuality he would still be alive for the celebrations.

She added: ‘I followed all of my dad’s instructions. Our helper and I started setting up for mom’s surprise at 11:00pm last night and finished at 5:30am just in time for mom’s daily alarm (6am),’ Alyssa recounted.

‘Even though I lacked sleep, the joy I saw in my mom’s face made everything worth it,’ she added.

‘Of course my mom cried because she misses the love of her life but I could see how happy everything made her because she knew that everything was planned by my dad.

‘Happy 25th silver wedding anniversary Mamu and Baba! I love you both forever and always,’ she added. 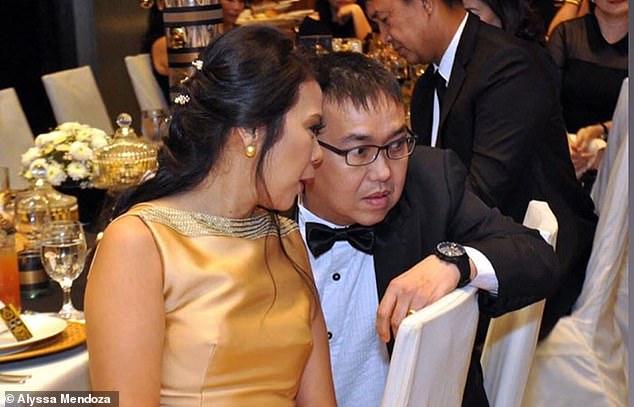 Pictured: Alyssa’s parents before her father’s death. She explained her father planned every last detail of the party and enclosed a letter for her mother