Not even a baby shower can stop the drama on “The Real Housewives of Beverly Hills.”

On Wednesday night’s episode — which Page Six got an exclusive sneak peek of — Denise Richards becomes the focal point of conflict leading up to Teddi Mellencamp’s shower.

As co-stars Dorit Kemsley and Kyle Richards are seen setting up the shower and seating chart, they begin debating where to place Denise — whose alleged hookup with Brandi Glanville has been front and center this season — and wonder whether she’ll even show up.

“I have to put you next to her because she might have a heart attack if I don’t,” Kemsley, 44, jokes in the clip — referring to a fight earlier in the season when she believed that Kyle and Mellencamp were attached at the hip.

“Maybe I’ll sit next to Denise just in case,” Kemsley adds. “At least she’ll feel more comfortable if she’s sitting next to me and Garcelle [Beauvais].”

Kyle, 51, then explains in a confessional, “Even though that last night we tried to patch things up and have fun, I have not spoken to Denise since Rome.”

On the ladies’ trip to Rome, Denise, 49, and the women got into a heated conflict about bad-mouthing and Denise’s alleged hookup with Glanville. Denise adamantly denies the fling.

In the new clip, Kemsley says she hopes the “Wild Things” star will show up, adding: “I know Denise as a stand-up girl. She doesn’t shy away from things. She’s a tough cookie and there’s no way Denise wouldn’t show up because she wants to avoid any conversation.” 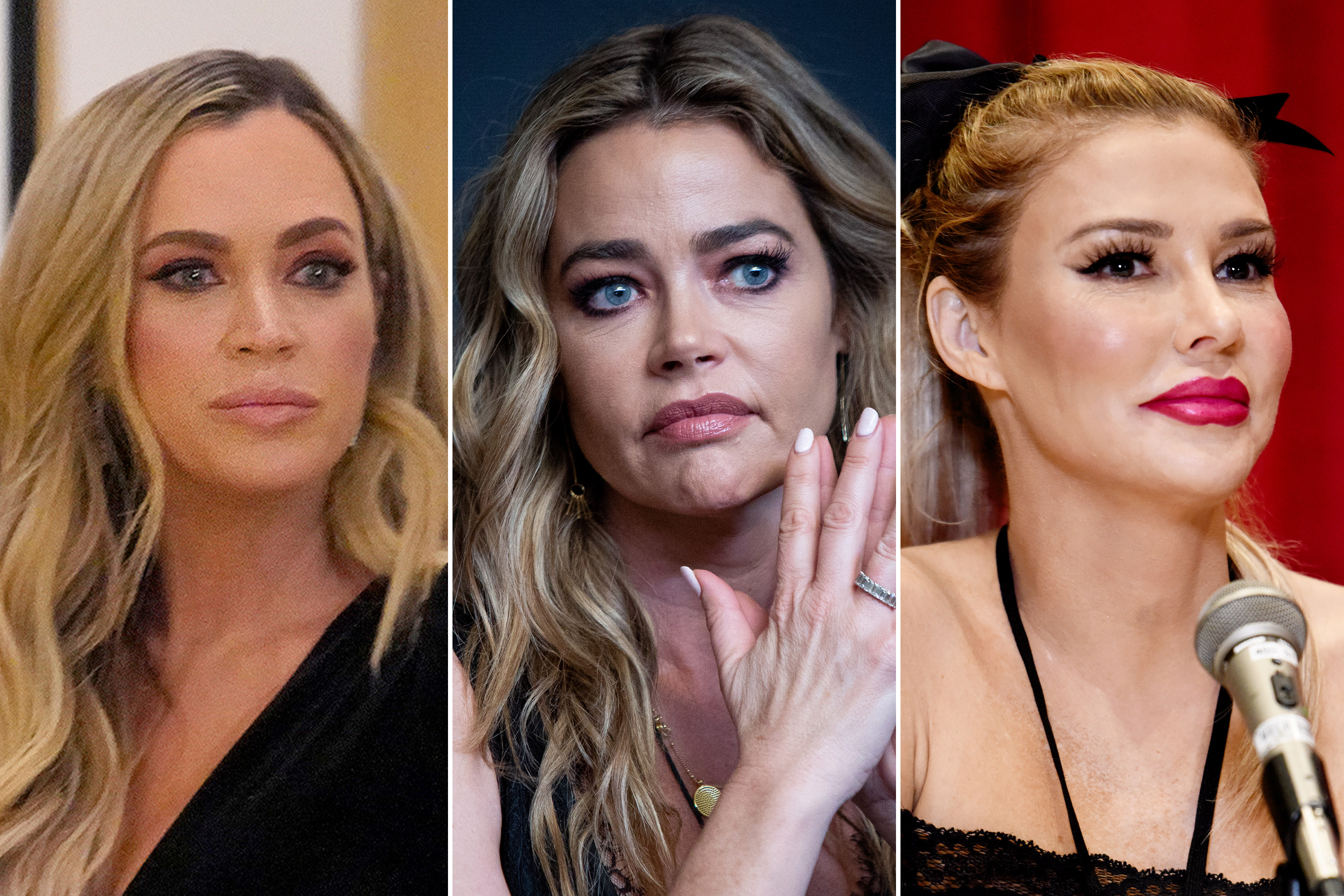 Kyle then shocks Kemsley by telling her that her sister, Kim Richards, and Glanville, 47, are going to be in attendance at the shower.

“Kyle, do you think that’s a good idea honey?” Kemsley asks with a worried expression.

“We were already planning something and Kim and Brandi were invited,” Kyle explains.

“I just think that today is about Teddi and everyone’s adults,” Kemsley begins before Kyle’s confessional calling her delusional cut her off.

The clip ends with the women being confused, but as Page Six reported in January, Denise did not attend. A source told us at the time that she had a previous conflict that day.

“The Real Housewives of Beverly Hills” airs Wednesdays at 9 p.m. ET on Bravo.