SAM ALLARDYCE rolled back the years in West Brom's defeat to Tottenham, with a throw-in and header from the dugout.

Despite his side's poor form, Big Sam was in good spirits during Sunday's clash, as he jokingly tried to take a throw-in in second-half injury time with his side 2-0 down.

The Baggies boss even showed why he played centre-half in his playing days as he met Semi Ajayi's first-half clearance with a header from the confines of his technical area.

West Brom might have caused an upset if January signing Mbaye Diagne could have converted his own first-half header, but the Senegalese striker was denied on the goal-line by Spurs keeper Hugo Lloris.

Spurs, inspired by Kane's surprise return from injury, hit back in the second half with two goals in five minutes to seal the win and end a three-game losing streak.

It was Kane who broke the deadlock with 54 minutes on the clock.

The England captain received Pierre-Emile Hojbjerg's pass with his left foot before finishing smartly with his right from the left-side of the box.

Spurs doubled their lead moments later as Lucas Moura found Son on the counter and the South Korean forward thrashed the ball past Sam Johnstone in the West Brom goal to make it 2-0. 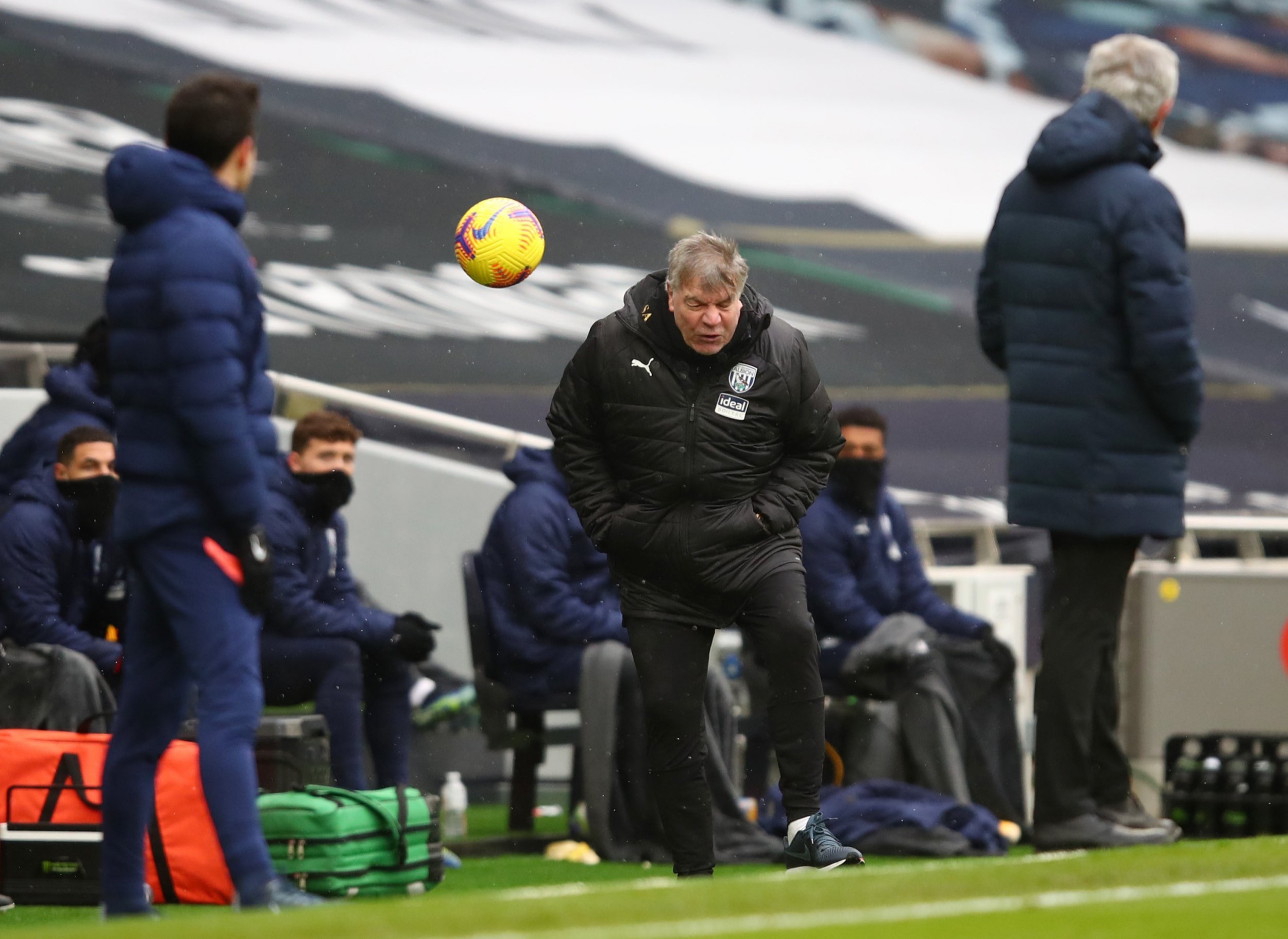 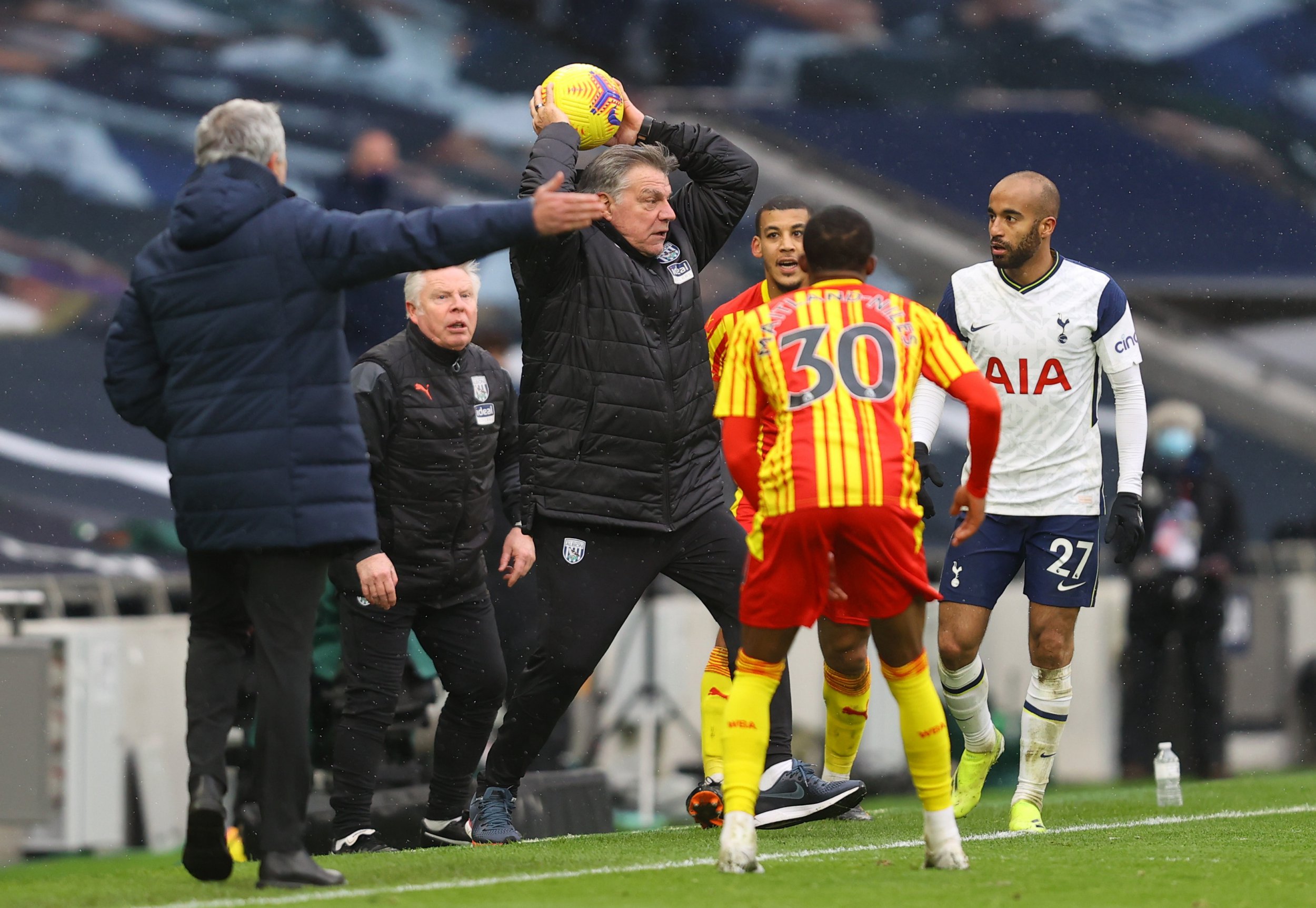 The loss also extended Allardyce's winless run against Mourinho, who he has not beaten in 13 attempts – three draws and 10 defeats.

Allardyce may be able to find some encouragement in the debuts of deadline-day signings Ainsley Maitland-Niles and Okay Yokuslu, as the Baggies enter the final stretch in their bid to avoid relegation.

Up next for the Baggies is a Valentine's Day visit of Manchester United, who they face at the Hawthorns next Sunday.