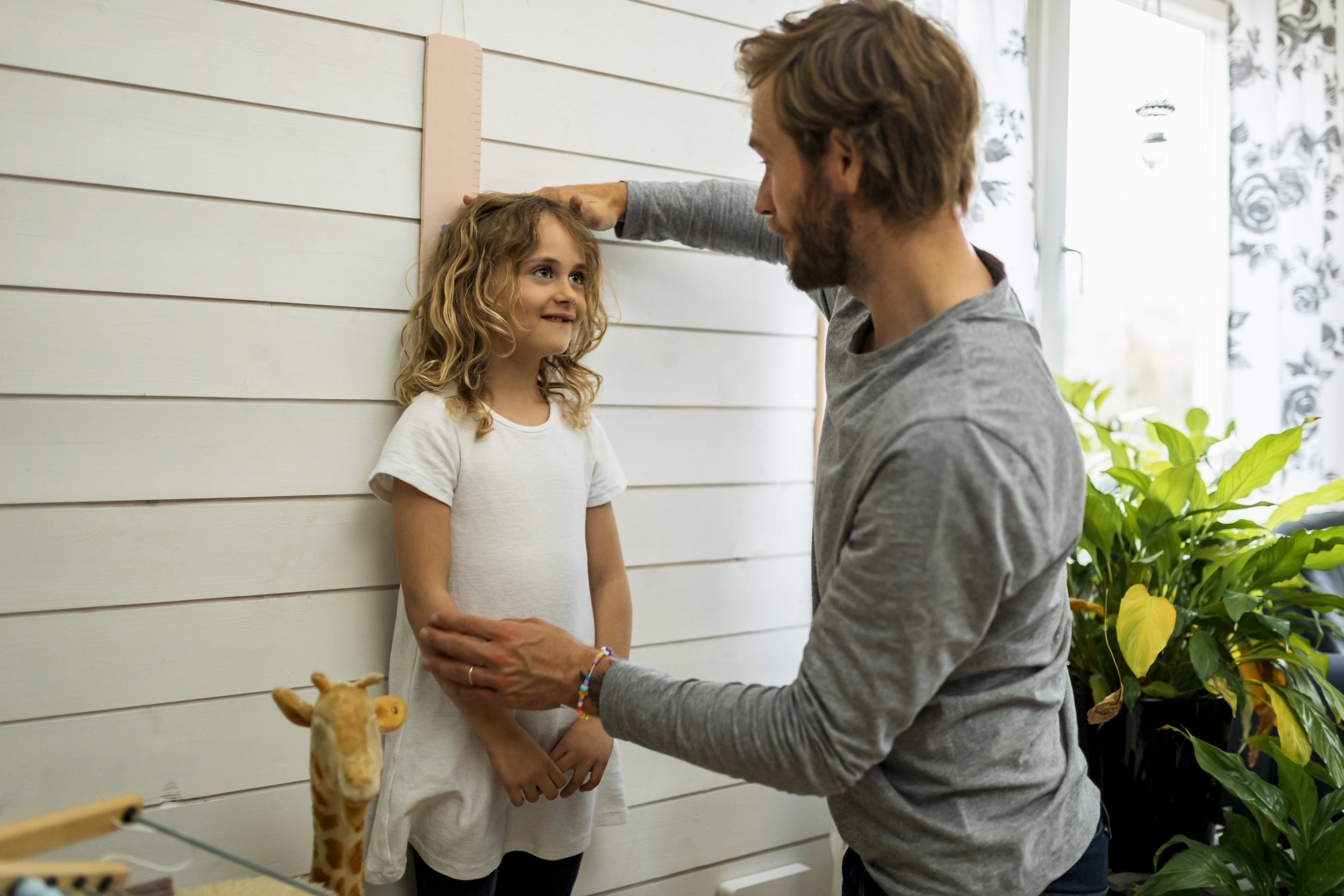 A new study has made it easier to assess how tall children might grow up to be.

The research is the largest ever genetic analysis of height and used the DNA of more than five million people from 281 contributing studies.

Experts suggest the study plugs a sizeable gap in the understanding of how genetic differences account for differences in height.

More than one million of the study’s participants are of non-European – African, East Asian, Hispanic or South Asian – ancestry.

Dr Loic Yengo, from the University of Queensland and co-first author, said: ‘Eighty per cent of height differences between people are determined by genetic factors.

‘The 12,000 variants that we found explain 40% of height differences, meaning we’ve opened the door for DNA to be used to predict height more accurately than ever before.

‘Currently, a child’s height is best predicted using the average height of their two biological parents, but using this genomic data, paediatricians will be able to get a better estimate.

‘It will put parents’ minds at ease if children are growing as their genes predict, or it will trigger further medical investigation and help pick up potential issues sooner.’

Dr Eirini Marouli, co-first author of the study and senior lecturer in Computational Biology at Queen Mary University of London, said: ‘We have accomplished a feat in studying the DNA of over five million people that was broadly considered impossible until recently.

‘Genomic studies are revolutionary and might hold the key to solving many global health challenges – their potential is tremendously exciting.

‘If we can get a clear picture of a trait such as height at a genomic level, we may then have the model to better diagnose and treat gene-influenced conditions like heart disease or schizophrenia, for example.

‘If we can map specific parts of the genome to certain traits, it opens the door to widespread targeted, personalised treatments further down the line that could benefit people everywhere.’

Adult height is mostly determined by the information encoded in our DNA – children from tall parents tend to be taller, while those from short parents are shorter, but these estimates are not always perfect.

The role genetics plays in the growth of a small baby into an adult has traditionally been a complex and poorly understood area of human biology.

Scientists suggest their findings could help doctors identify people who are not able to reach their genetically predicted height, which may then aid in the diagnosis of hidden diseases or conditions that may be stunting their growth or impacting their health.

Researchers suggest their findings could also be used in police investigations to predict height from a suspect’s DNA sample at a crime scene.

The team now plans to dive deeper to identify the remaining genetic factors for height.

‘These other factors will be harder to find as they each have a lesser effect and we may need at least 20 million samples to complete that herculean task,’ Dr Yengo said.

The study is published in the Nature journal.