“Saturday Night Live” stars don’t seem to have many fond memories of Donald Trump’s infamous 2015 hosting gig, and on the latest installment of The Daily Beast’s “Last Laugh” podcast, that trend continued.

Though the then-presidential candidate wasn’t the most difficult host the comedian had ever dealt with, there was one incident that apparently had Moynihan upset.

During the interview, Moynihan reflected on performing his Drunk Uncle character the night Trump hosted. Drunk Uncle is a racist alcoholic known for inebriated nonsense and was introduced that night as Trump’s “number one” fan. Among other things, he praised Trump for saying the things the character had been thinking and pointed out they both love “white Russians.” 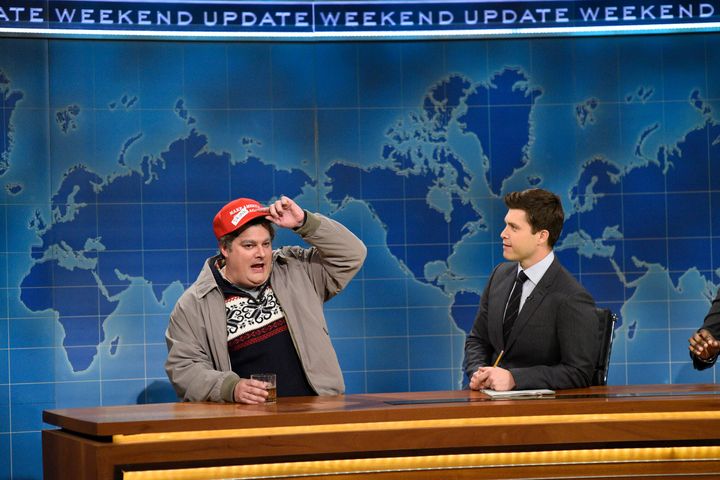 The comedian said it was one of the only things in the episode that was “really bad-mouthing” Trump and “pointing out how racist and terrible he is.”

“He walked up to me afterwards, and I’m like, ‘Oh, no.’ And he shook my hand, and he was like, ‘Thank you so much. That was so nice to hear such nice things being said.’ And I was like, you moron,” he said.

Yep. Trump took the bit as a compliment, which is clearly missing the point.

Just because Trump didn’t realize the insult, doesn’t mean Moynihan thought it was a failure, however.

“It didn’t change anything other than the fact that that dumb idiot didn’t get it,” he said.

Check out the rest of the podcast to hear more of Moynihan’s “weird past” with Trump, which even includes a brief — very brief — stint on jury duty.