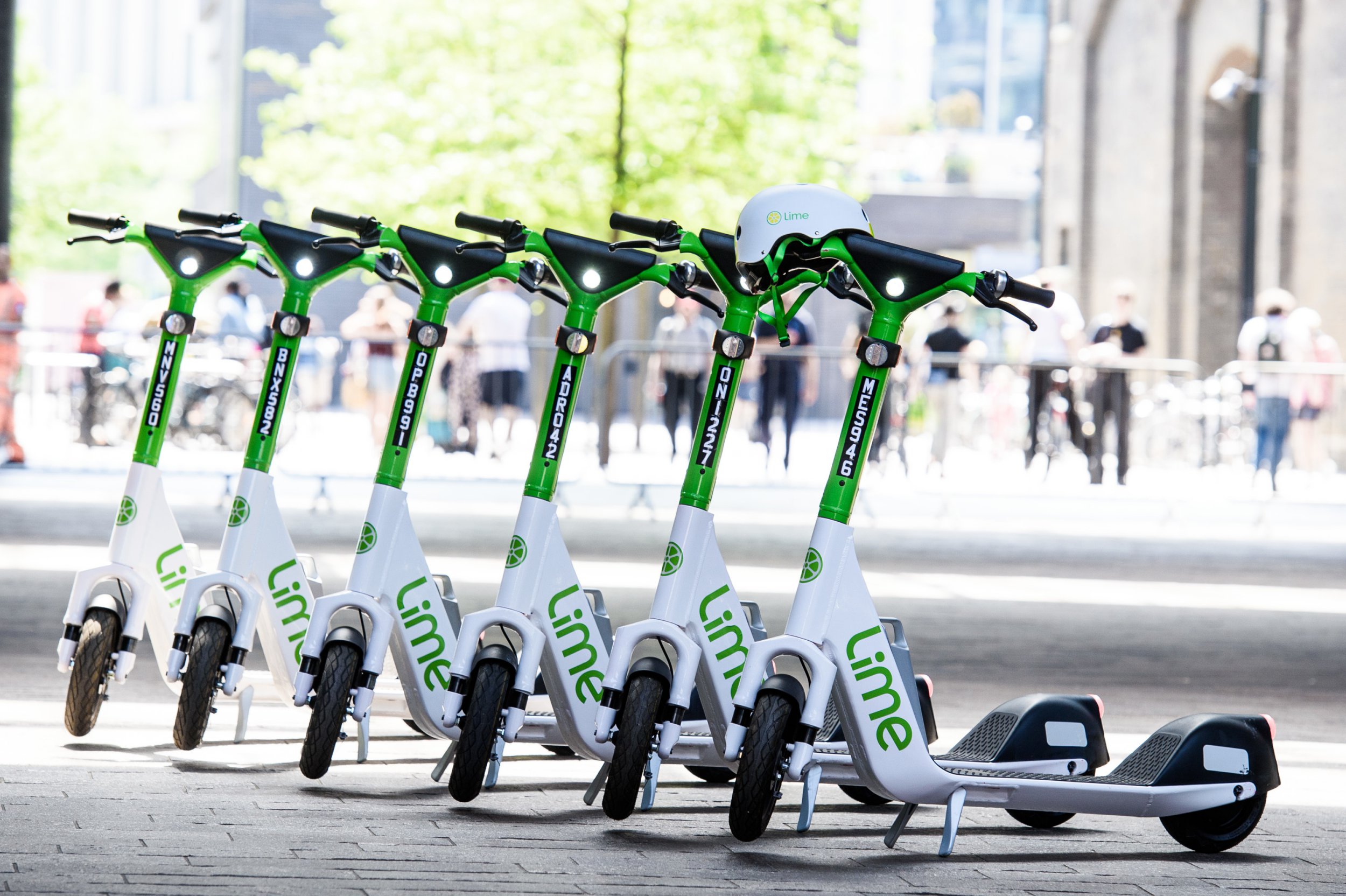 Electric scooters, known as e-scooters, will be available to rent in selected areas of London as part of a year-long scheme to measure their viability.

However, the trial hit an early roadblock when one of the capital’s boroughs announced today it would be postponing its involvement.

According to the Evening Standard, the City Corporation in charge of the City of London will not be taking part.

The Square Mile was one of seven areas of London where the motorised scooters could be hired for the 12-month, government-backed trial.

The City Corporate said it would not be joining until July 5 as it needed to resolve some administrative concerns.

That leaves Canary Wharf alongside the boroughs of Richmond, Ealing, Hammersmith, Fulham and Kensington and Chelsea as places Londoners can legally use the e-scooters.

The scooters themselves are ‘as safe as possible’, according to one of the firms involved in a trial which launches on Monday.

They are ‘very stable’ and have ‘the best possible safety features’ such as dual brakes and a reduced top speed, said Alan Clarke, director of policy at Lime.

Private e-scooters can only legally be used in the UK on private land but are a common sight on roads and pavements.

This has led to concerns about the safety of riders and other road users.

In April, a three-year-old boy suffered serious injuries when he was hit from behind by an e-scooter while walking on a pavement with his grandmother in Feltham, west London.

YouTube star and TV presenter Emily Hartridge became the first person in the UK to be killed while riding an e-scooter when she was struck by a lorry in Battersea, south London, in July 2019.

Charity Guide Dogs has called for the sale of private high-speed e-scooters to be banned and expressed fear their use means ‘more people with sight loss will be forced to change their route or avoid independent travel altogether’.

Mr Clarke insisted it will be ‘really clear … just how different a rental e-scooter is from a private-owned e-scooter’.

He said: ‘The safety standards are really, really high and that contrasts starkly with private e-scooters, which don’t have to pass any standards at all in order to be put onto the street, because by definition they’re already illegal.

‘I think people are going to really notice that and we certainly expect people to look at the scooters that we’re putting and see how much safer those are.’

He added: ‘There’s a real demand from people to use this form of zero-emission and convenient transport.

‘As we start to build back again coming out of lockdown and bounce back after the pandemic, what we’re already seeing is that people are looking for new ways to travel.’

The 12-month trial has been set up by Transport for London, London Councils – which represents the city’s local authorities – and operators Lime, Dott and Tier.

Mr Clarke said the organisations have ‘really taken the time to design a trial that’s going to be as safe as possible’.

Users can only ride on roads, in cycle lanes and on cycle paths.

The devices have a maximum speed of 12.5mph, which is below the 15.5mph limit set by the Department for Transport.

Other features which go beyond national guidelines include front and rear lights which are always be on throughout a rental and an audible warning system that can be used without the rider adjusting their grip of the handlebar.

It costs £1 to unlock a Lime e-scooter plus a fee of 16p per minute.