LEWIS HAMILTON has matched the legendary Michael Schumacher's record of 91 race wins after a faultless performance at the Eifel GP.

In an incident-packed race at Nurburgring, the Brit finished ahead of Max Verstappen and Daniel Ricciardo after Valtteri Bottas was forced to retire early on. 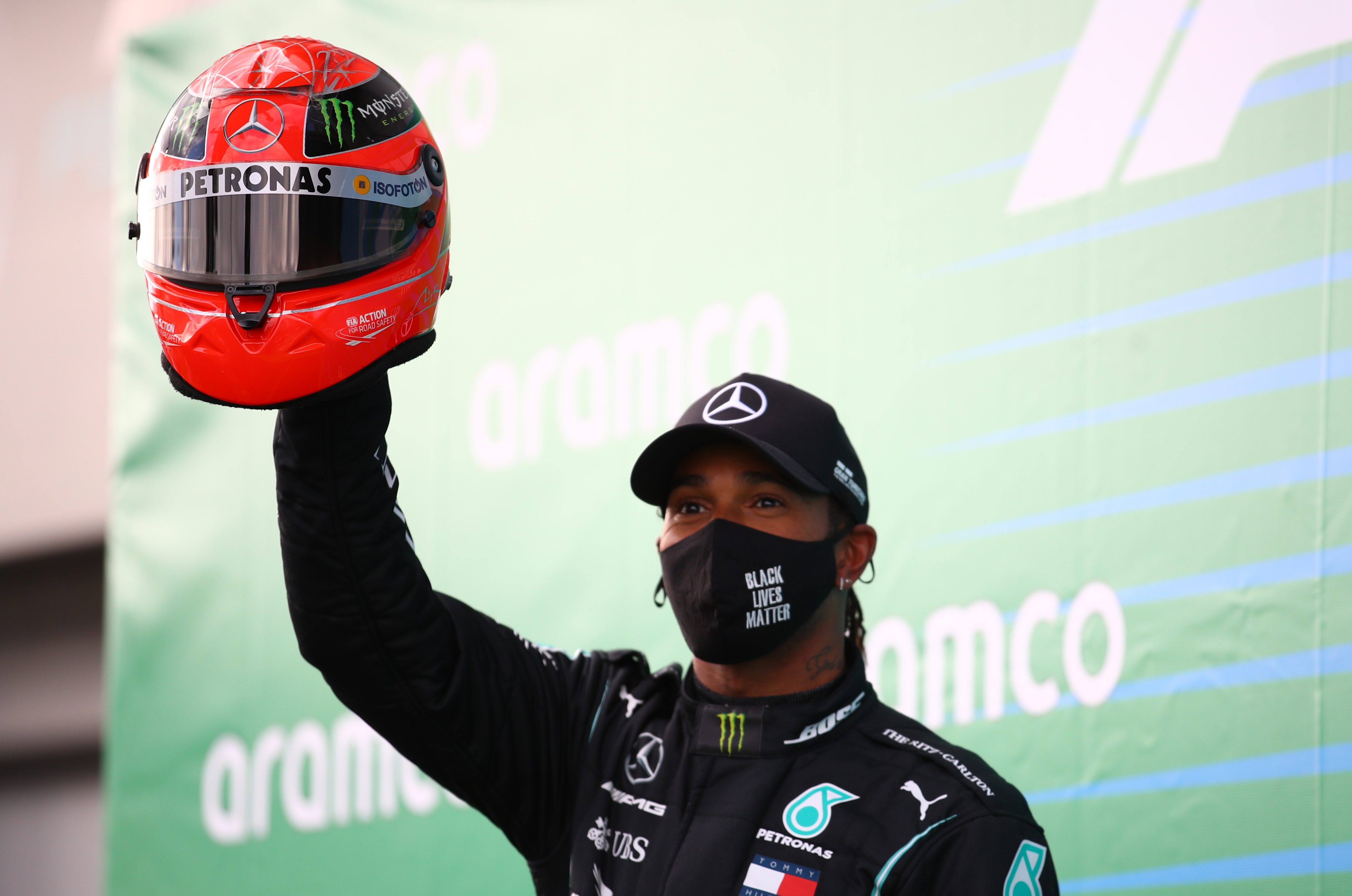 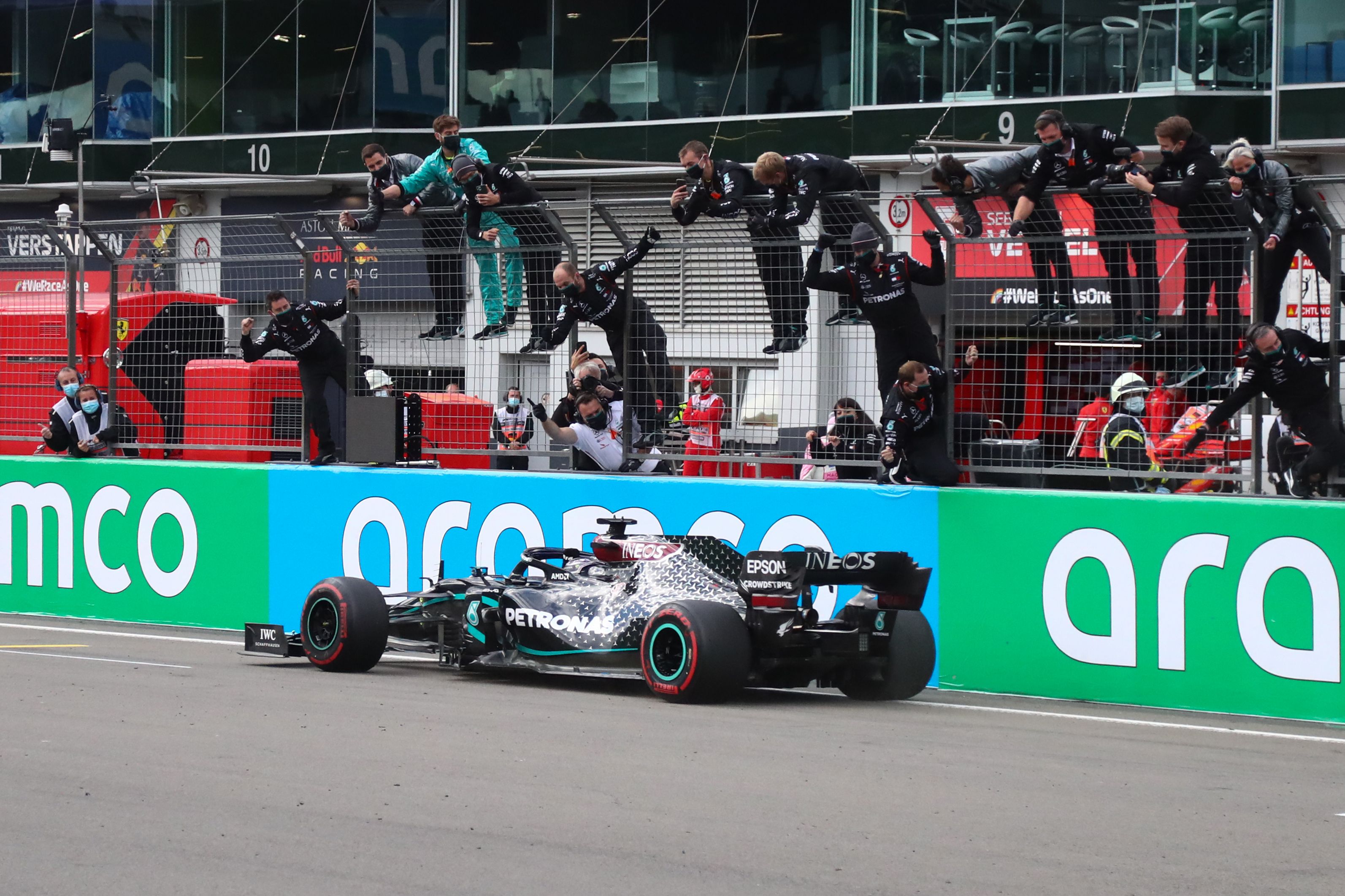 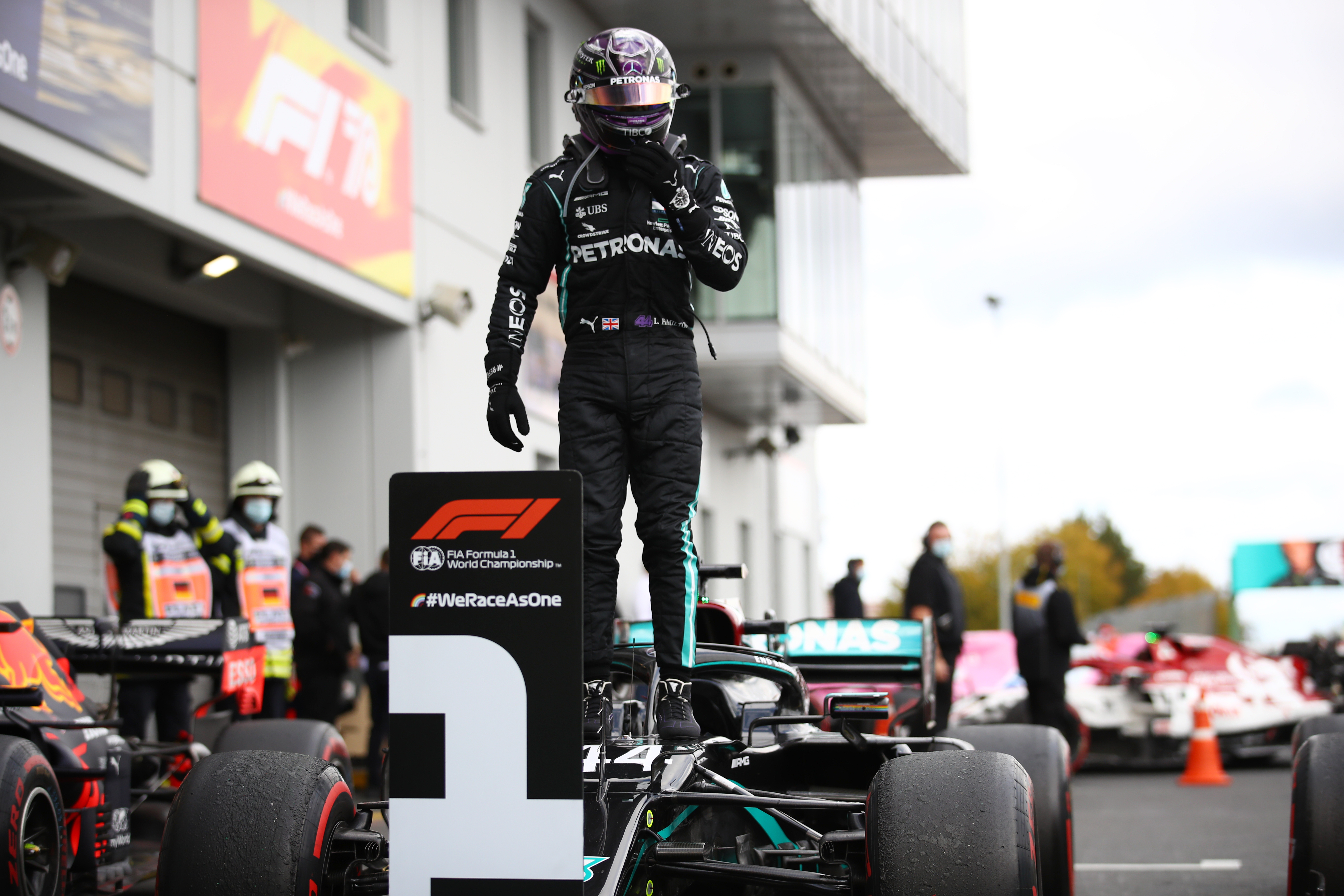 It was only fitting that Hamilton would level Schumacher's record, set in 2006, in the former Ferrari driver's native Germany.

It was a track where Schumacher won five times in his illustrious career.

And in a touching moment after, he was presented one of the helmets from Michael's career by son Mick Schumacher.

Hamilton started the race in second behind team-mate Valtteri Bottas and survived an early scare when the two cars touched on the first corner.

The Finn then made a major error on lap 13 when a right lock up sent him wide, allowing Hamilton to make the overtake.

Bottas' day went from bad to worse when he lost power on lap 19 forcing him to pull out of the race.

That allowed Hamilton to create a lead of over 10 second upfront before the safety car was deployed with 12 laps to go when Lando Norris crashed.

But after moaning the safety car was travelling too slowly, he kept his cool to cruise to his seventh win in 11 races.

Verstappen maintained his record of a podium finish in every race he has finished this season while Ricciardo's was his first of the season and Renault's first in nine long years. 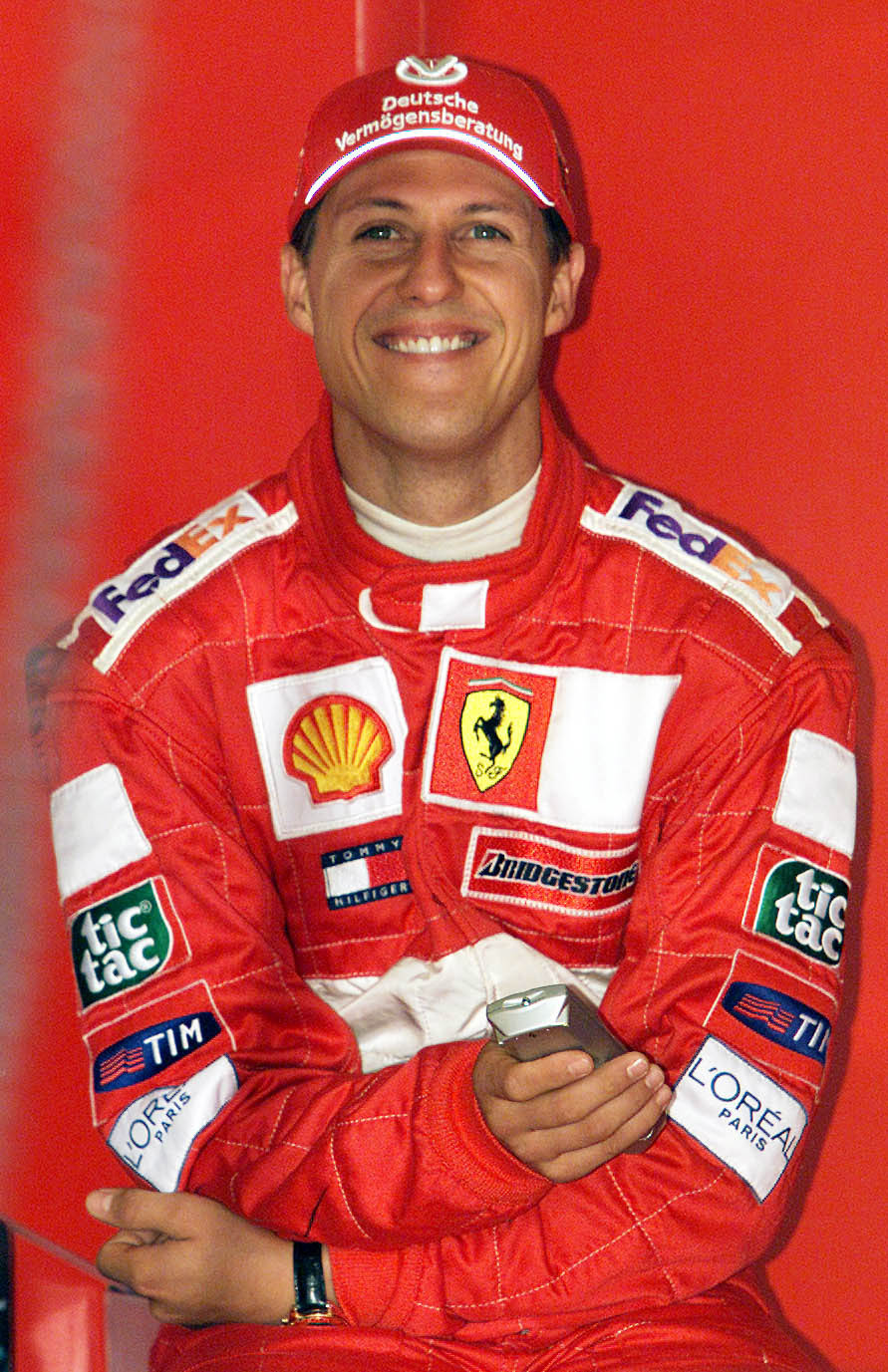 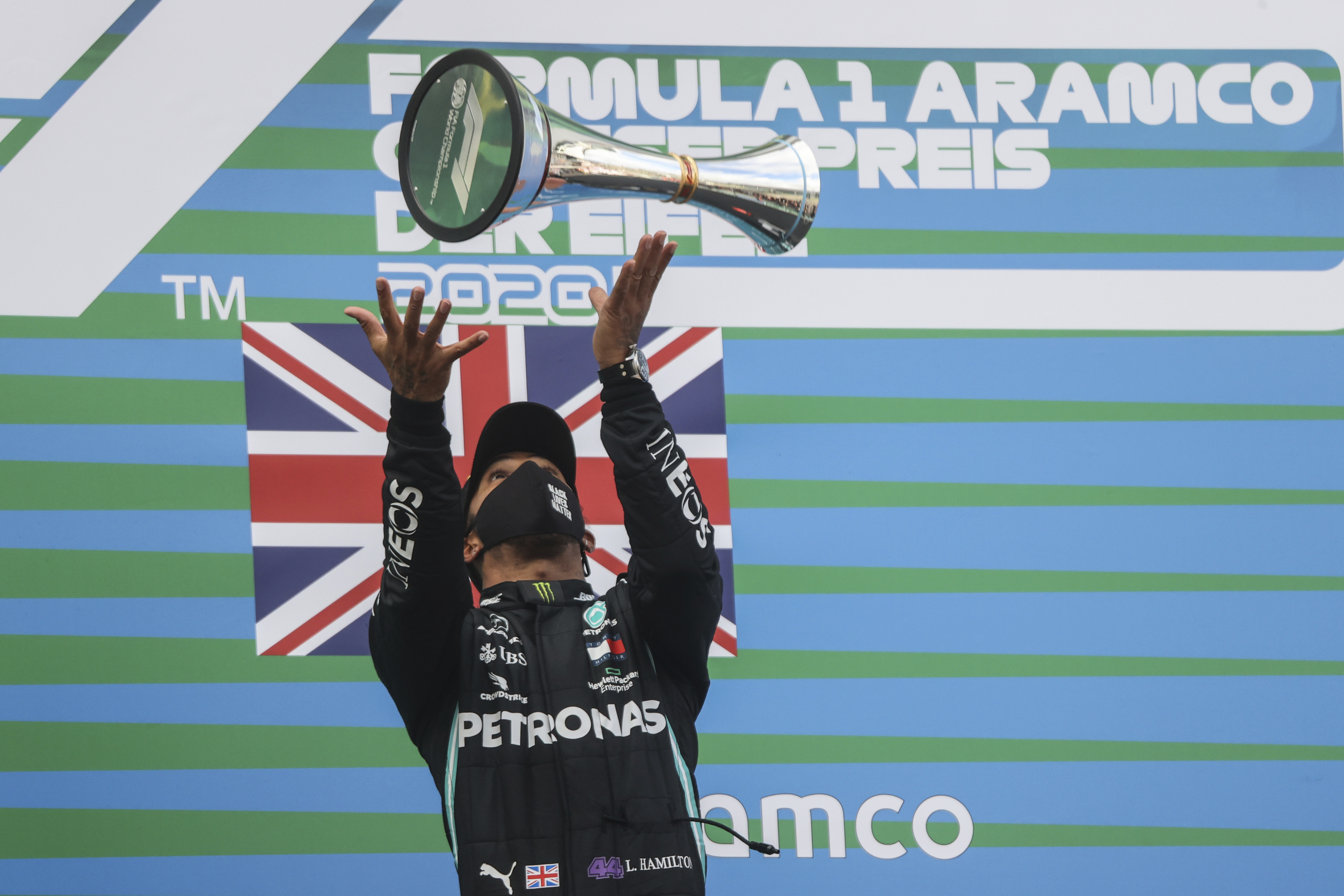