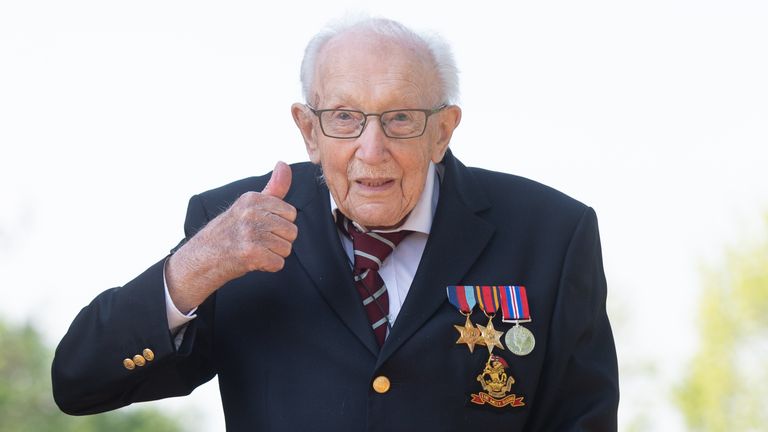 Danni Wyatt and Jofra Archer are among the England players taking part in a nationwide charity challenge in honour of NHS fundraiser Captain Sir Tom Moore.

The family of Second World War veteran Sir Tom launched a nationwide charity challenge in his honour on what would have been his 101st birthday on Friday, with Sir Tom’s daughter, Hannah Ingram-Moore, ringing the five-minute bell at Lord’s.

Thousands of people around the country are taking on their own individual charity challenges, themed around the number 100, as part of the Captain Tom 100. FIND OUT MORE!

The event takes place from Friday – which would have been Sir Tom’s 101st birthday – until Monday.

Sir Tom raised more than £32m for the NHS by walking 100 laps of his garden before his 100th birthday on April 30 last year. He died at Bedford Hospital on February 2 after testing positive for Covid-19.

Ms Ingram-Moore and her family plan to walk 100 laps of their garden in Marston Moretaine in Bedfordshire over the course of the weekend for their Captain Tom 100 challenge.