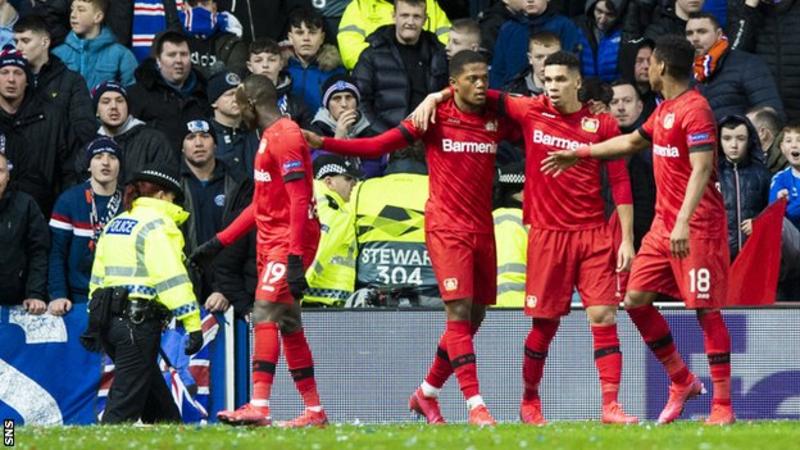 Rangers and Celtic have both been fined by Uefa for incidents in their Europa League knockout-stage ties.

The Ibrox club are punished for three offences of fan misbehaviour, while Celtic must pay £13,300 for the late kick-off of their draw in Copenhagen.

Rangers are fined £8,865 for a fan entering the pitch during the last-32 home win over Braga and £4,650 for the throwing of fireworks in that game.

A further fine of £4,650 is for objects being thrown against Bayer Leverkusen.

A glass bottle was hurled on to the Ibrox pitch in the final few moments of that 3-1 loss in the last 16 first leg before being picked up by the away side’s Moussa Diaby.

That tie is still to be completed, with football having been suspended the day after the 12 March first leg due to the coronavirus outbreak.

Celtic manager Neil Lennon has been held responsible for his side’s last-16 first-leg draw in Denmark not kicking off on time, and received a warning from Uefa.

In addition, the governing body has warned Celtic for violating equipment regulations in the second leg against Copenhagen, which the Danes won 3-1 to progress 4-2 on aggregate.