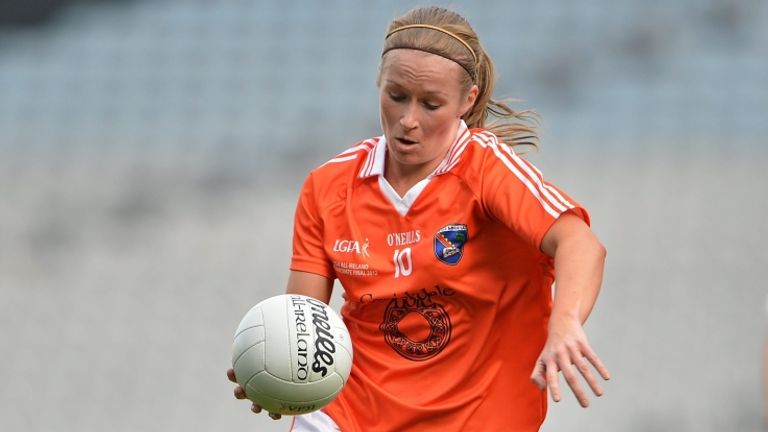 Former Armagh All-Ireland winner Marian McGuinness has revealed that she has tested positive for the coronvarius.

In an ideal world, she would have been jetting off on the 2020 TG4 All Star tour on Wednesday morning. Instead, she’s in self-isolation having received confirmation of a positive test for Covid-19 last Friday.

McGuinness, who landed a TG4 All-Ireland Intermediate medal with the Orchard County in 2012, was invited on the All Star tour as a physiotherapist.

That’s her job, too, at Cavan General Hospital, where she contracted the virus.

Last Tuesday week, 34-year-old McGuinness first experienced symptoms of what would turn out to be the coronavirus.

“I felt sick and insanely tired,” she recalls.

“I was telling myself that it was just in my head, because of all the talk about it, and my temperature was normal.

“But I woke up on the Wednesday and felt really tired and really sore, as if I’d played an intense match.

“I was still hoping it was in my head and I tried to do some exercise, squats and press-ups, but I couldn’t do them.

“I thought that it would be best then that I didn’t go to work and I developed a temperature later that day, and a small cough three days later.”

McGuinness was tested on that Wednesday, and received a positive result for Covid-19 on the Friday.

She explains that, as it transpired, she contracted the virus from a hospital in-patient who had initially tested negative for coronavirus, and was in for a different illness, but who later became unwell and tested positive on another test.

McGuinness lives in Cavan town with two other physios, one of whom is also positive, and it’s been left to the other to make breakfast, lunch and dinner, and knock at her housemates’ room doors to let them know that food has arrived.

McGuinness, who is also a pilates instructor, says that she’s feeling “quite good now”, and “70-80 per cent better.”

But she added: “It’s a bit odd, yesterday I felt really bad again and spent the whole day in bed.

“Today, I feel I could go out and nearly go for a jog!

“The plan would be for me to go back to work after 14 days.

“So, if I feel well from today, and the next four days, that would be 14 days.

“But I felt so bad again yesterday and I’m not totally clear yet. It’s not guaranteed that I’ll feel really good in the next five says but I’ve never so much looked forward to going back to work!” 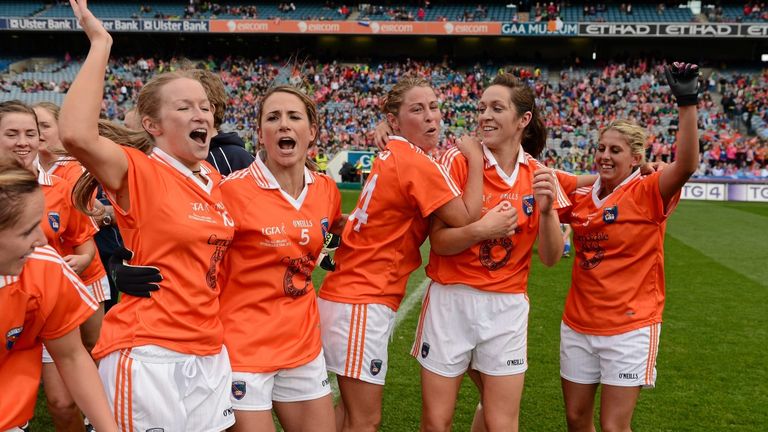 When asked for the best advice she would offer in light of the current pandemic, McGuinness responds: “Don’t doubt yourself. Even my physio colleagues who have tested positive, we all doubted ourselves even when we were getting symptoms.

“It’s only that I had gone to bed early that evening and slept for 14 hours, and woke up feeling really bad….I had a responsibility to be sure.

“I was still 50-50 wanting to go to work but I thought no, don’t doubt yourself and if you think you have symptoms, take time off work, isolate, and see how you are in a few days.

“If I had gone in that day, I would have spread it to five or six more people, at least.

“There are other symptoms not talked about as much. Smell and taste are the big ones for me – I still have no smell or taste at all.”

And McGuinness adds: “This year, I made the big move from Carrickcruppen to Lacken Ladies, a senior club in Cavan.

“I was really looking forward to a really good pre-season and season with them, and getting to know everybody on the team.