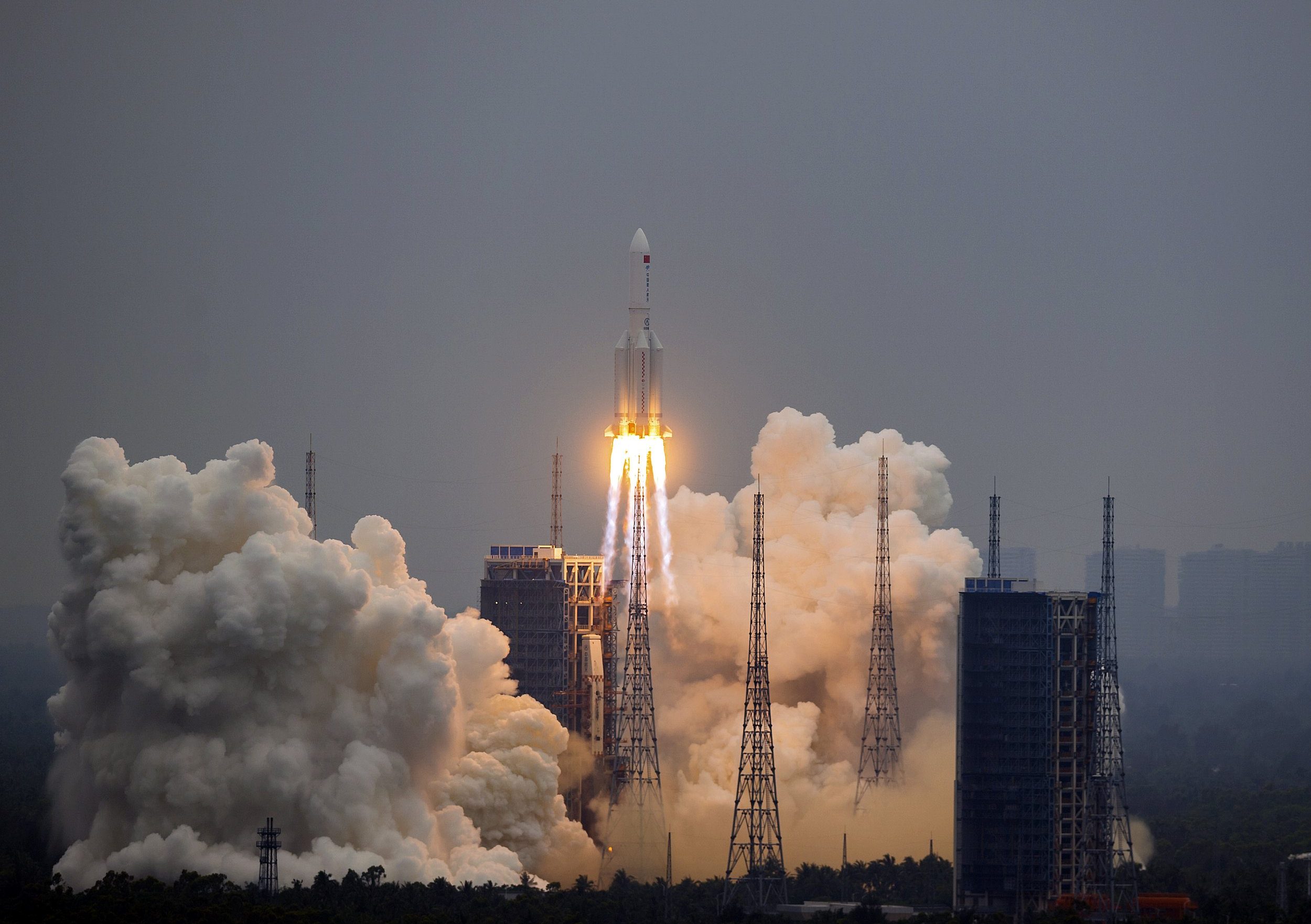 Governments and scientists are scrambling to pinpoint exactly where the remains of a 100-foot Chinese rocket will crash into Earth this week.

The out-of-control Long March-5B Y2 rocket is falling back to Earth after delivering the first module of China’s upcoming space station Tianhe into orbit.

However, Chinese authorities aren’t able to bring the rocket down safely into the ocean. Instead, debris from its reentry could hit populated areas.

Daily updates on where the rocket will hit are being posted on Space Track, but a US Department of Defense official has said the exact location won’t be known ‘until within hours of its reentry’.

It’s looking likely the rocket will crash back down on Saturday, May 8.

Twisted, scorched bits of metal could land anywhere along the rocket’s flight path – including New York, Beijing or Madrid. The flight path does not seem to take it over the UK. 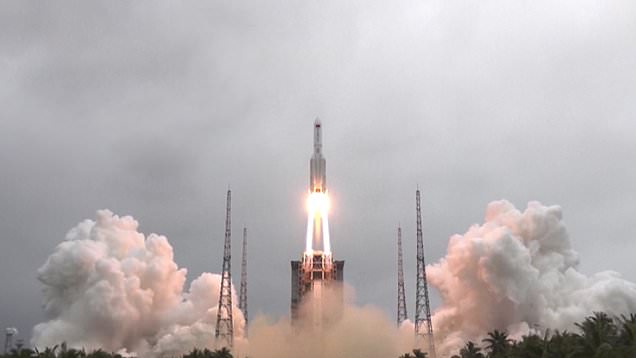 ‘US Space Command is aware of and tracking the location of the Chinese Long March 5B in space, but its exact entry point into the Earth’s atmosphere cannot be pinpointed until within hours of its reentry, which is expected around May 8,’ said DoD spokesperson Mike Howard.

Holger Krag, head of the Space Safety Programme Office for the European Space Agency, told Space News, there is an average amount of mass of about 100 tons re-entering in an uncontrolled way per year.

‘This relates to about 50-60 individual events per year,’ he said. ‘It is always difficult to assess the amount of surviving mass and number of fragments without knowing the design of the object, but a reasonable “rule-of-thumb” is about 20-40% of the original dry mass.’

At the time, it splashed down in the waters off the west coast of Mauritania just off the coast of West Africa, after flying over Los Angeles and New York City.

Speaking ‘Last time they launched a Long March 5B rocket they ended up with big long rods of metal flying through the sky and damaging several buildings in the Ivory Coast,’ McDowell told The Guardian.

‘Most of it burned up, but there were these enormous pieces of metal that hit the ground. We are very lucky no one was hurt.’

‘However, it is likely to come into play in the future in a more crowded space environment, and with more uncontrolled reentries. Of course, this legal framework applies only after the damage occurs.’