AS the GPS says, “You have reached your destination” we gasp: “Wow!”

Gleaming in the sun, the Grand Harbour of Valletta, Malta’s capital, is reflected in the blue waters. What a destination. 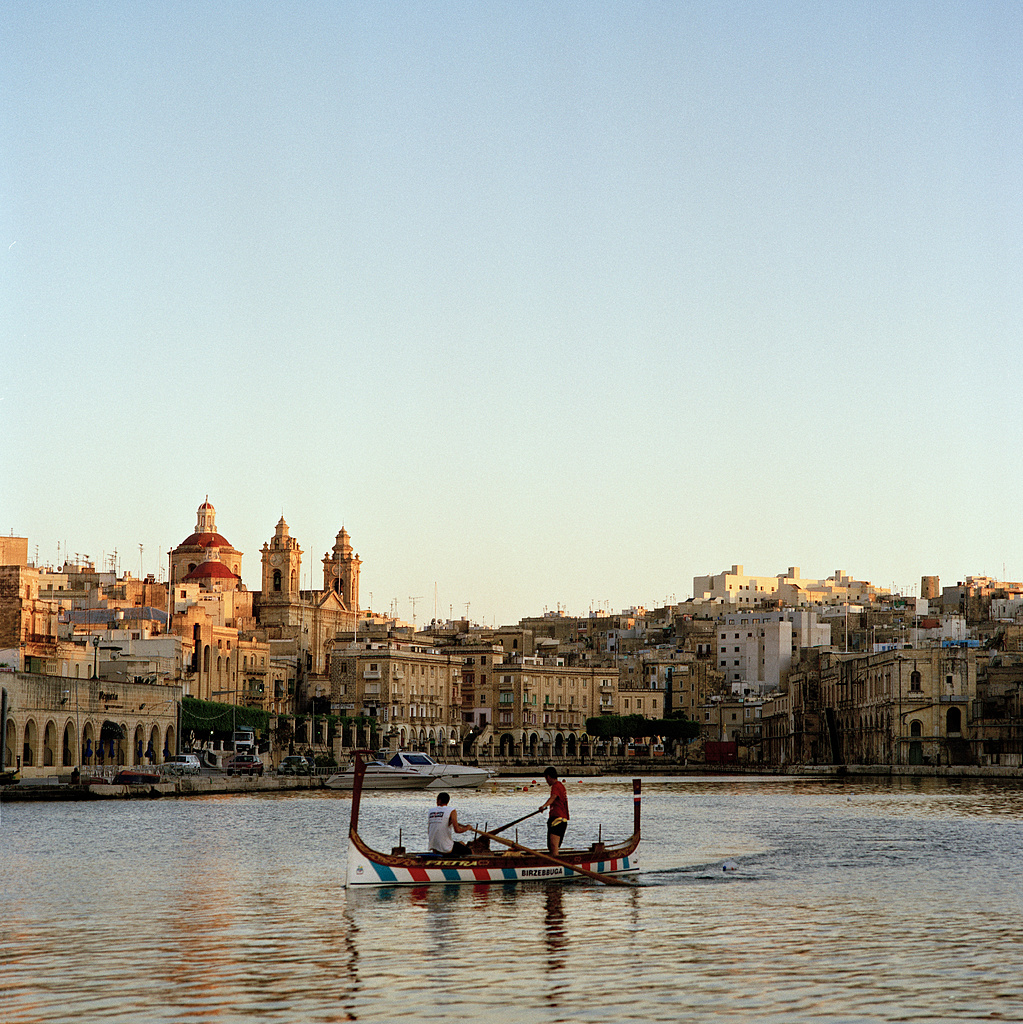 My boyfriend Robert and I are on a two-hour Rolling Geeks tour of the Three Cities — Vittoriosa, Senglea and Cospicua — just across the water from Valletta.

Rolling Geeks are golf cart-style electric vehicles each fitted with a pre-programmed GPS to take you on a guided tour and tell you about local landmarks as you go.

It certainly was a different way to sightsee — the Geeks come complete with Minions inter-com and a clown-like horn to warn residents you are nearby on their often narrow, sloping streets.

As you trundle along at up to 12mph, heading down lanes a tour bus driver wouldn’t dream of entering, locals can’t help but turn and look — some drivers do get a little bit frustrated if they are stuck behind you. 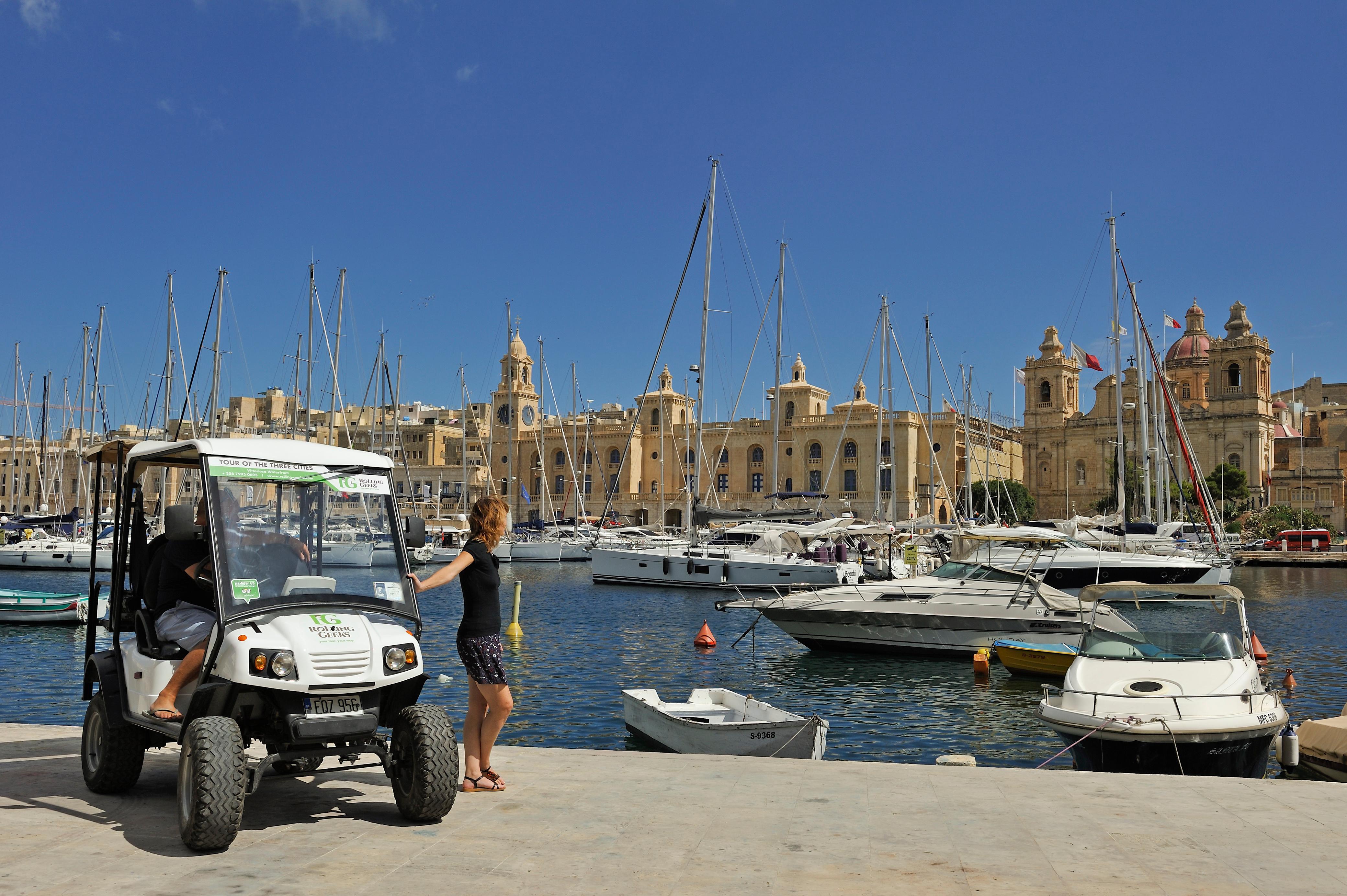 But Robert and I had great fun exploring the Three Cities, knowing we could park up at any point, for a drink in a bar or to take in a view.

If you make a wrong turn, the Geek redirects you and the staff are just a call away via Minion phone.

We quickly discovered the Geeks are not the only fun way to explore Malta.

You can also hop aboard a dghajsa, the traditional Maltese gondola-shaped water taxi, as it shuttles people back and forth between the Three Cities and Valletta. 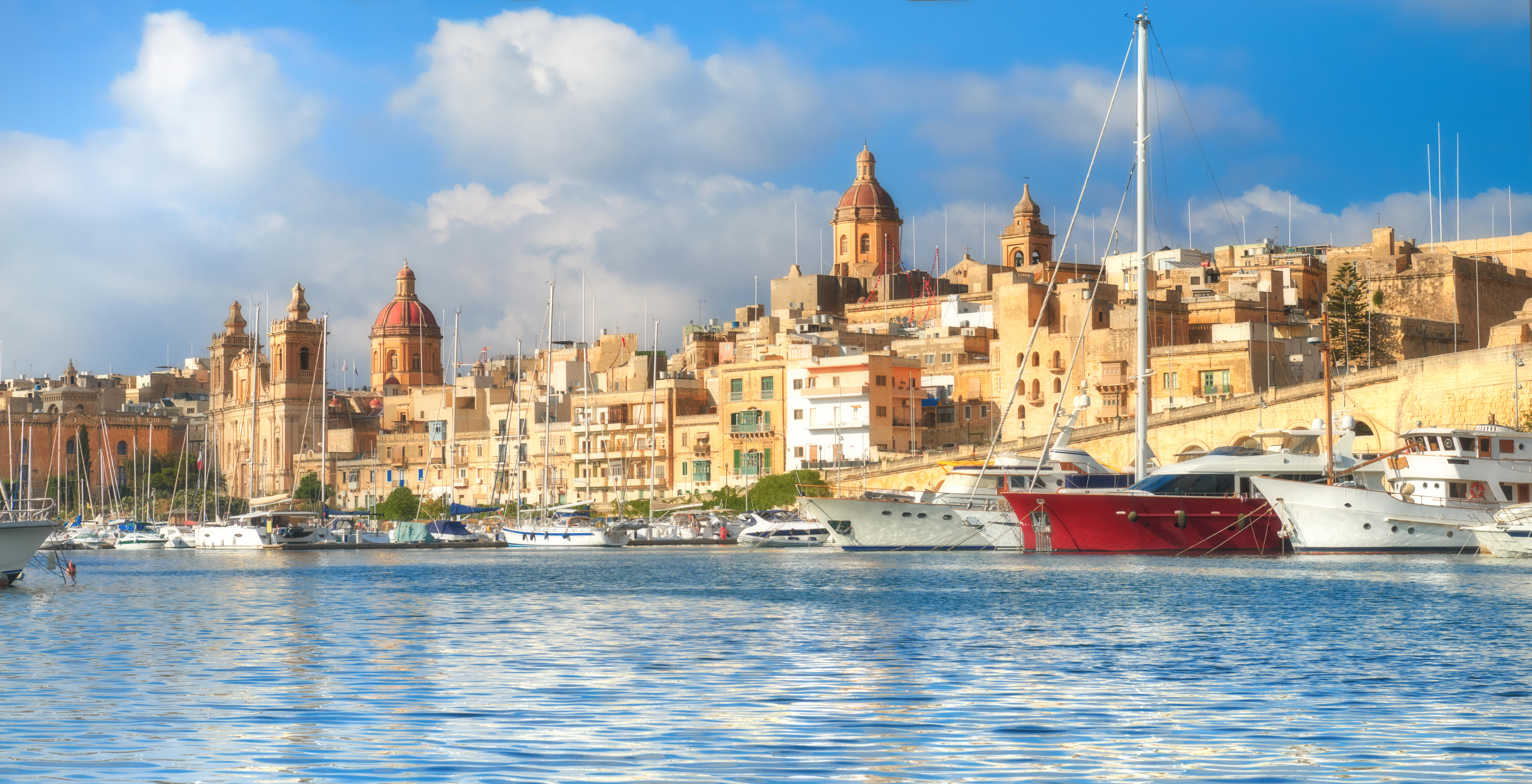 In Mdina, Malta’s former capital, a cute, romantic way to explore the so-called Silent City is by horse and carriage.

The narrow, fortified streets were indeed hushed except for the clip-clop of our horse Biscuit, as our ride revealed medieval and baroque architecture and a stunning view across the island, thanks to the city’s position on high ground.

Our base was the Hilton Malta hotel in the resort town of St Julian’s — a 5 star stunner with four outdoor pools and splendid views over the Med.

Indeed, the call of the sea crashing on to the shore inspired our next trip — exploring the other islands that make up the Maltese archipelago by boat. There are plenty of boat tours on offer — we chose an exclusive one with Galaxy Charters’ Captain Kevin sailing us around the two other inhabited islands, Comino and Gozo.

Comino is the smallest and home to The Blue Lagoon, which has vibrant turquoise waters and is a popular swimming spot for locals and tourists alike.

But Captain Kevin knew some quieter places where we could swim in the crystal-clear waters all alone apart from a passing turtle.

While we kept our heads above water, Comino and its many caves and nearby shipwrecks are a treat for snorkellers and scuba divers. 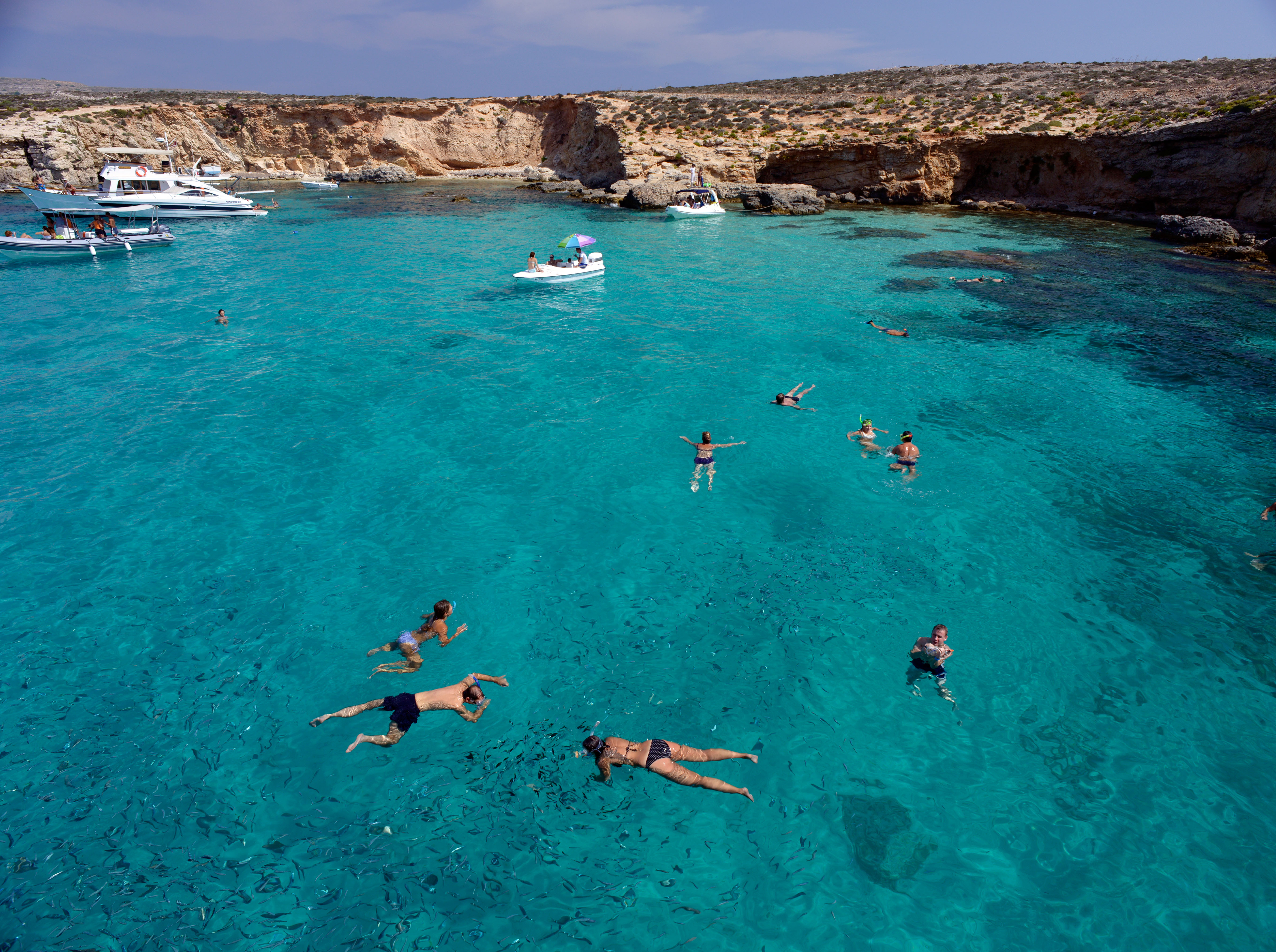 After towelling down after our swim, we soon arrived in Gozo, which offers an even more relaxed pace of life than Malta itself.

But there is plenty of fun to be had and much of it came from a tuk-tuk tour with local firm Yippee.

Our driver, Morris, a Londoner who has lived on the island for eight years, sounded like a London cabbie, but instead of pointing out Trafalgar Square and Parliament, he showed us the Ggantija Temples, which were built between 3200BC and 3600BC, making them older than Stonehenge and the Egyptian pyramids.

After sightseeing, we headed for lunch at the seaside village of Zebbug’s Il-Kartell restaurant — before then heading to the 5 star Kempinski Resort to enjoy its spa. 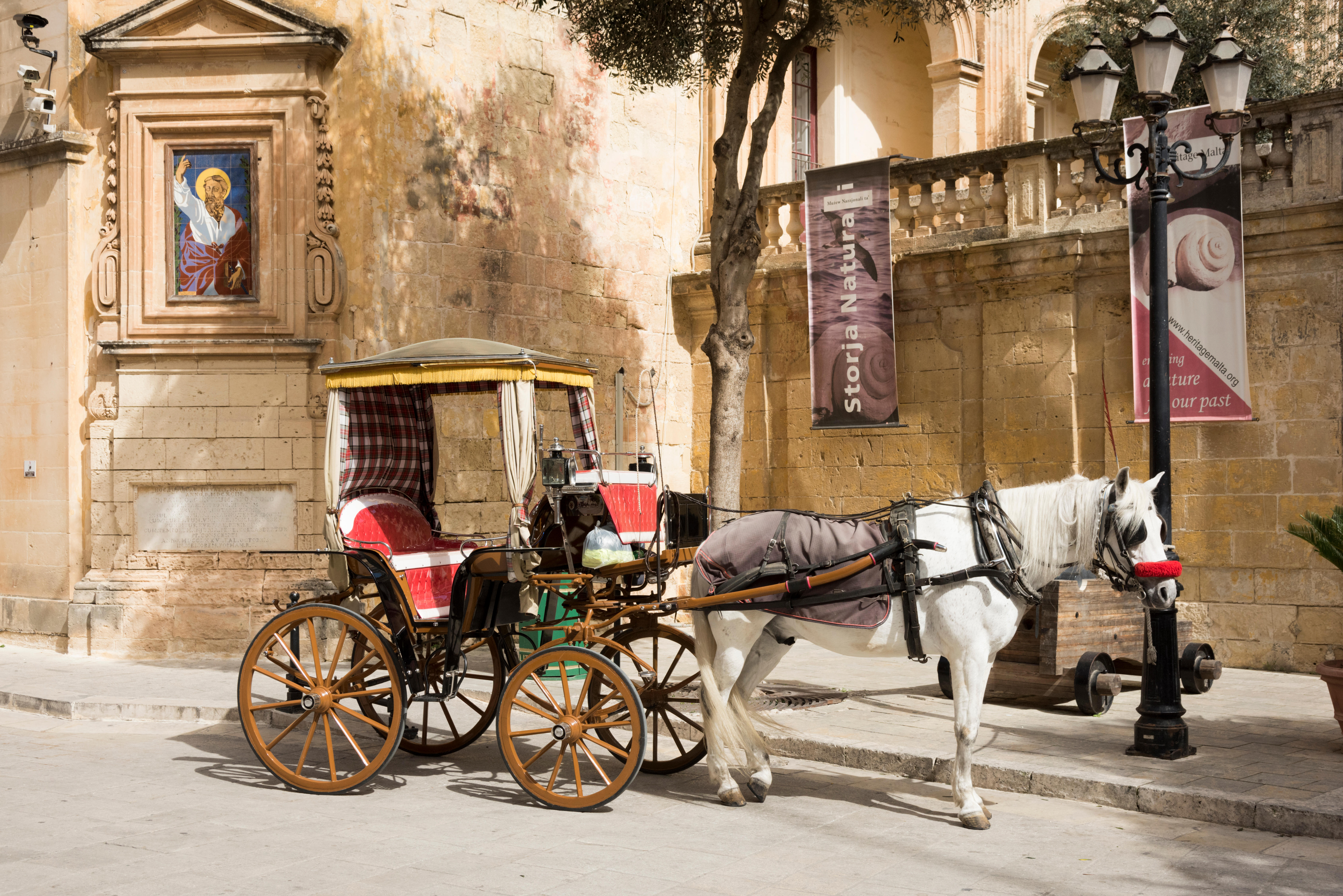 I opted for a lovely back-and-neck treatment, while Robert swam in the pool.

Feeling refreshed, it was time for a sunset meal arranged by a lovely lady called Anna, who runs Gozo Picnic.

She had set up a gorgeous little spot on the rocks, as waves crashed nearby, and prepared an array of delights including Gozo cheese and Maltese sausage.

Washed down with a bottle of wine, it was a wonderful way to round off our day. 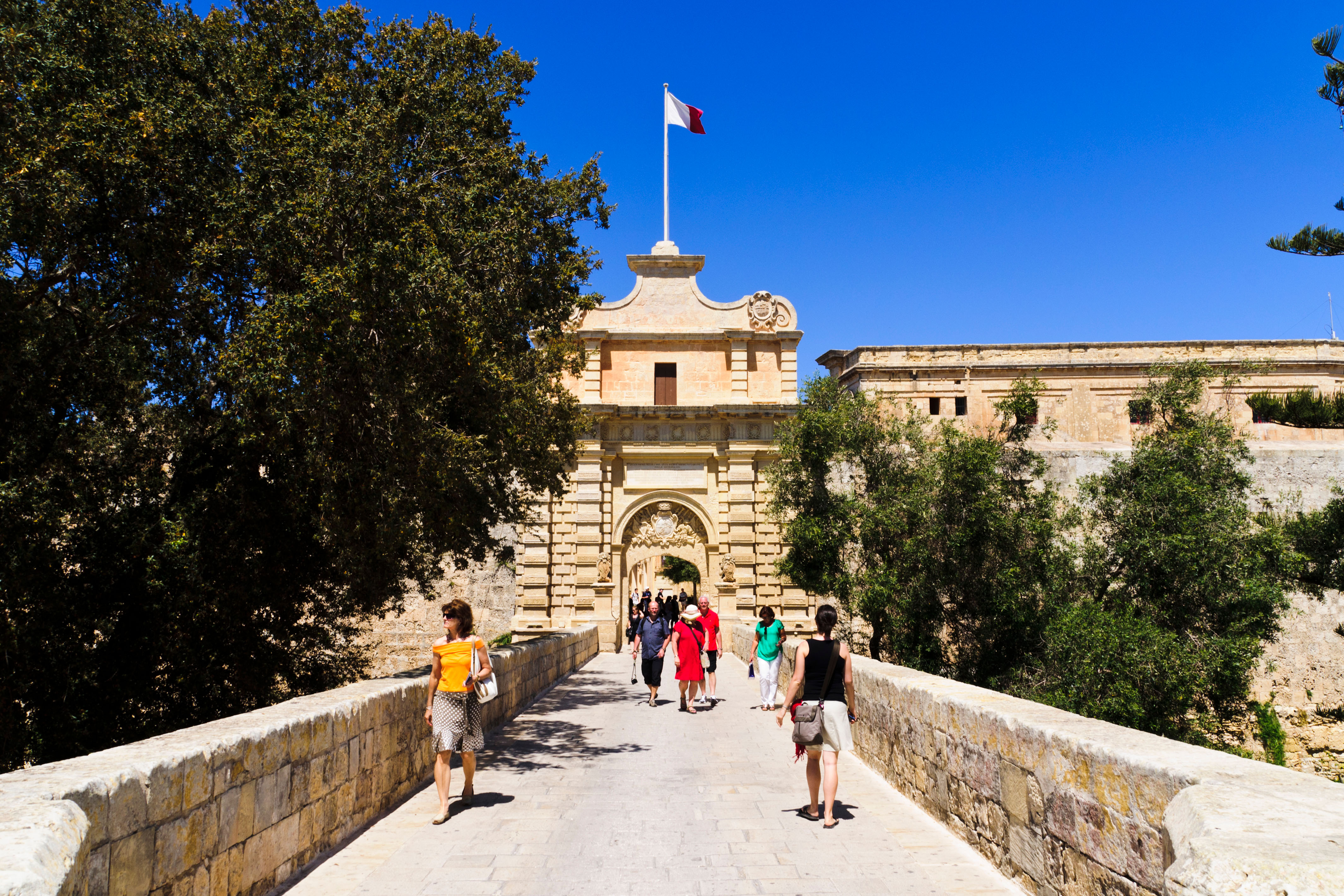 But that was not the only foodie highlight of our holiday, as it became clear the Maltese take huge pride in their cuisine.

Rabbit is something of a national dish, which Robert tried for lunch at Valletta’s King’s Own Bar and Restaurant.

Having had pet rabbits as a child, I couldn’t bring myself to join in, but was spoiled for choice with other options, from fresh fish and shellfish to excellent steaks — for example at Verbena restaurant in the town of Zebbiegh, just a short drive away from Mdina.

Our final meal of the trip was another thrill, on a visit to the bijou vineyard Ta’ Betta Wine Estates.

They produce 25,000 bottles of wine a year across four hectares, and with prices starting at €59 a bottle, they went down very well indeed — accompanied by boards of local cheeses, breads, meats, and olive oil made on site.

With views stretching across the vineyard, to the rolling countryside beyond and then the sea, Robert and I toasted a magnificent few days in Malta — and began plotting our return trip.

COVID: International travel is not possible until May 17 at the earliest. Malta will welcome vaccinated travellers from June 1 without the need for a PCR test.

GETTING THERE: Flights to Malta leave from most UK airports, with Air Malta, Ryanair and easyJet. Prices in June are from £67 return with easyJet.com

STAYING THERE: Prices start at £169 a night at the Hilton Malta.

OUT & ABOUT: Rolling Geeks tours start from 65 euros for two adults and two children (rolling-geeks.com). Hire a boat with Galaxy Charters from 350 euros. Yippee tuk-tuk day tours are 60 euros per adult, 30 euros per child.