The Federal Aviation Administration (FAA) is proposing more than $531,000 in additional fines against 34 airline passengers who were allegedly exhibiting unruly behavior from throwing luggage, threatening passengers and even hitting flight attendants in the face.

This pushes the FAA's proposed levies to more than $1 million for 2021.

The fines are part of the FAA's zero-tolerance policy, which was adopted in January after the agency saw a "disturbing increase in incidents where airline passengers have disrupted flights with threatening or violent behavior," the FAA said.

In one of the most recent cases, a passenger, who was flying on a JetBlue flight in May, allegedly started throwing objects at other passengers including his carry-on luggage. The passenger refused to stay seated and instead decided to lay down in the aisle. Instead of getting up, he proceeded to grab "a flight attendant by the ankles and putting his head up her skirt," the FAA said.

In another case, a separate passenger flying on JetBlue in May allegedly refused to abide by the mask mandate, threatened passengers and even made "stabbing gestures" toward some of them, the FAA said. The passenger also started to snort "what appeared to be cocaine from a plastic bag, which the cabin crew confiscated," FAA added.

After he became "increasingly agitated" crew members were forced to equip "themselves with flex cuffs and ice mallets to ensure the safety of the flight if his behavior worsened," the FAA said.

Those passengers are facing the biggest fines out of the 34 reported cases Thursday at $45,000 and $42,000, respectively. 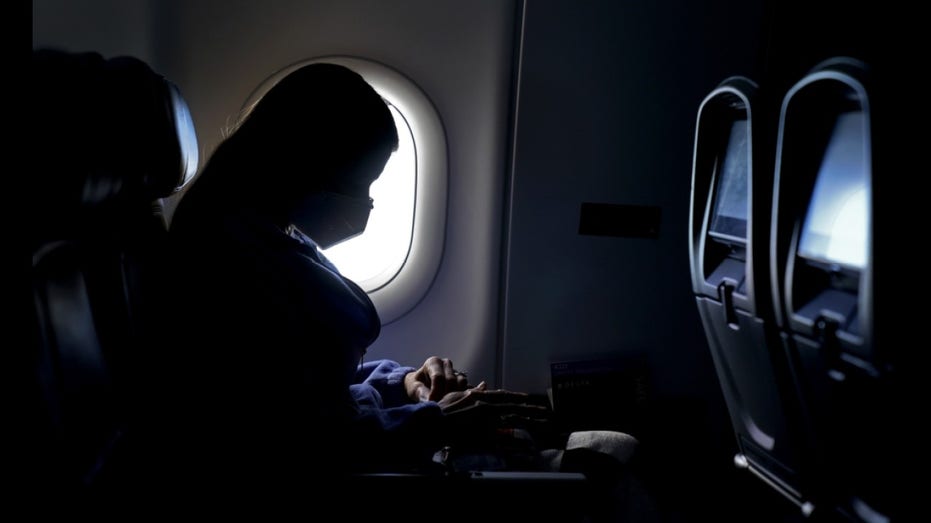 A passenger wears a face mask she travels on a Delta Air Lines flight after taking off from Hartsfield-Jackson International Airport in Atlanta. (AP Photo/Charlie Riedel, File / AP Newsroom)

Since Jan. 1, the FAA has received approximately 3,889 reports of unruly behavior by passengers, 2,867 of which were cases where passengers refused to wear face masks.

As a result of the mounting incidents in 2021, the FAA sent a letter to airports this month urging them to coordinate more closely with local law enforcement to prosecute the cases.

"As the number of passengers traveling has increased, so has the number of unruly and unsafe behavior incidents on planes and in airports," FAA Administrator Steve Dickson wrote. "The FAA adopted a Zero-Tolerance policy toward this behavior on airplanes earlier this year, and we are taking the strongest possible action within our legal authority. But we need your help."

While the FAA can propose fines against passengers, the agency can't prosecute criminal cases.

In the letter, Dickson also called on airports to prevent passengers from bringing "to-go" cups of alcohol aboard the aircraft, which "often contributes to this unsafe behavior."

"Even though FAA regulations specifically prohibit the consumption of alcohol aboard an aircraft that is not served by the airline, we have received reports that some airport concessionaires have offered alcohol ‘to go,’ and passengers believe they can carry that alcohol onto their flights or they become inebriated during the boarding process," Dickson wrote.