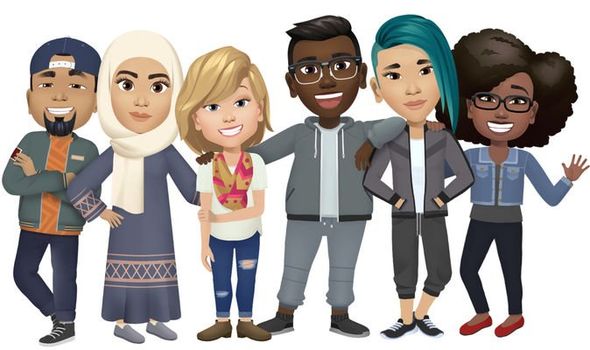 Facebook has unleashed its Avatar feature to users across the UK and Europe. The cartoon character is designed to resemble your likeness to make it more personalised than the generic, beaming yellow-faced emojis that you’re probably used to deploying to react to shocking Facebook statuses and photos shared on the social network.

These cartoon characters are designed to compete with the Bitmoji feature available from Snapchat. These are used to represent you and your friends on an interactive map and can be sent in messages too. Apple has a similar feature, known as MeMoji, which allows users to send videos of themselves animating the cartoon-like character with personalised messages or send stickers of emoji-like poses. While the former only works in Apple’s own iMessage service from compatible iPhone and iPad models, the latter can be used in third-party options like WhatsApp and others.

The most glaring omission is the lack of any editing capabilities outside of the iPhone, iPad and Android apps. So, while you’re free to post Facebook Avatars in the comments under friends’ posts on your desktop computer or laptop …you won’t be able to make any tweaks to your decision (like adding in that lockdown beard you’ve been proudly growing out, for example) without reaching for your smartphone.

Unfortunately, while you’re welcome to add your Facebook Avatar in the comments of an existing status – there is no way to create a status using only your Avatar. So, if you’re hoping to create a photo of your Avatar doing something to show off your new creation to friends and family, you’ll have to find another way…

“To create your avatar, go to the Facebook or Messenger comment composer, click on the ‘smiley’ button, and then the sticker tab. Click ‘Create Your Avatar’!” Facebook explains. If you can’t see the option quite yet, don’t panic – the feature is slowly rolling out to users worldwide, so might take a moment to hit your screens.