Facebook has launched a dedicated app for Messenger on Windows and Mac that delivers the same functionality you’ve come to expect but with a greatly improved, and much more intuitive, interface.

As you’d expect, the new Facebook Messenger app presents you with a collated list of all your chats in a manageable window that can be moved around your computer at will. Of course, you’re able to do much more with Facebook Messenger than just chat to friends with text, you can also initiate audio or video calls, too.

Facebook Messenger also supports group voice and video calls with support for up to eight people at once. If you’re in a video call, you’ll notice the interface itself looks pretty similar to that of Zoom with everyone’s faces presented in a small window within a grid.

The launch of a dedicated app for Facebook Messenger is significant. Not only does it mean you won’t have to tediously open a web browser to start chatting away, it also brings the client up to speed with WhatsApp.

WhatsApp has had a dedicated app on both Mac and Windows for some time now. The Facebook-owned company also offers a WhatsApp Web service that lets you message within a browser, too. 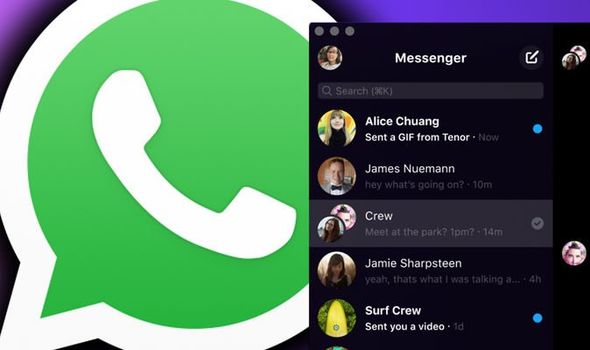 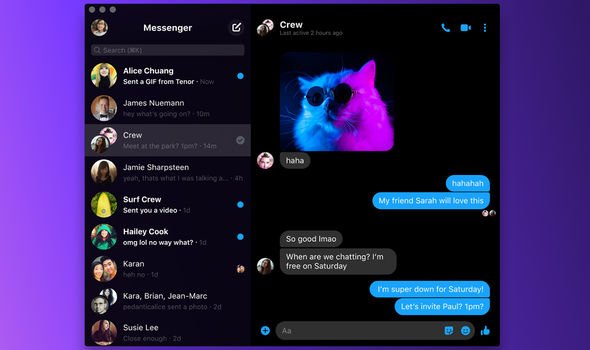 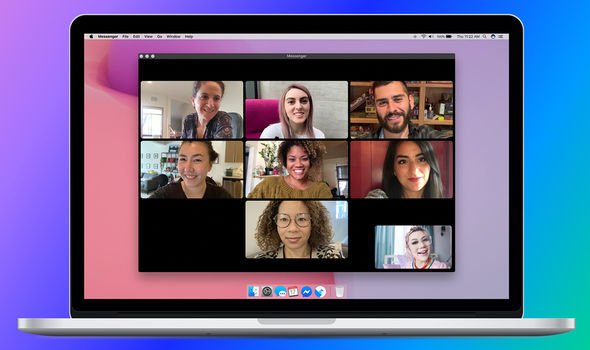 Perhaps unsurprisingly, both dedicated apps for WhatsApp and Facebook Messenger look pretty similar. Both have two-thirds of their real estate dedicated to a particular chat while the other third presents users with a vertical list of all active threads.

The timing of the new app’s release couldn’t be more apt. Facebook says over the last month it’s experienced more than a 100 percent increase in the amount of people using their desktop browser for audio and video calling on Messenger.

Facebook has emphasised all the functionality from Messenger on Android and iPhone has made its way over to the desktop version. Yes, that means you’ll be able to toggle its glorious dark mode to fit in with the gloomy system-wide themes on macOS and Windows 10.

Announcing the Messenger app for desktop, Facebook said: “Today we’re launching a Messenger app for macOS and Windows so you can video chat on your computer and stay connected with friends and family all over the world.

“Now more than ever, people are using technology to stay in touch with the people they care about, even when physically apart. Over the past month, we saw more than a 100% increase in people using their desktop browser for audio and video calling on Messenger. Now with apps for macOS and Windows, the best of Messenger is coming to desktop, including unlimited and free group video calls.”

The new Facebook Messenger app is available to download right now from the Microsoft Store and Mac App Store.