Failed driving tests in the UK produce almost two million kilograms of carbon dioxide in a normal year, according to new research.

The pass rate for driving tests in the UK is less than half and each trip spews out carbon dioxide and other emissions, just like every journey in a petrol or diesel powered vehicle.

All together this created a total of 1,998,512 kg of CO2 in 12 months, equivalent to the same as would be churned out by 449 return trips from London to Melbourne. 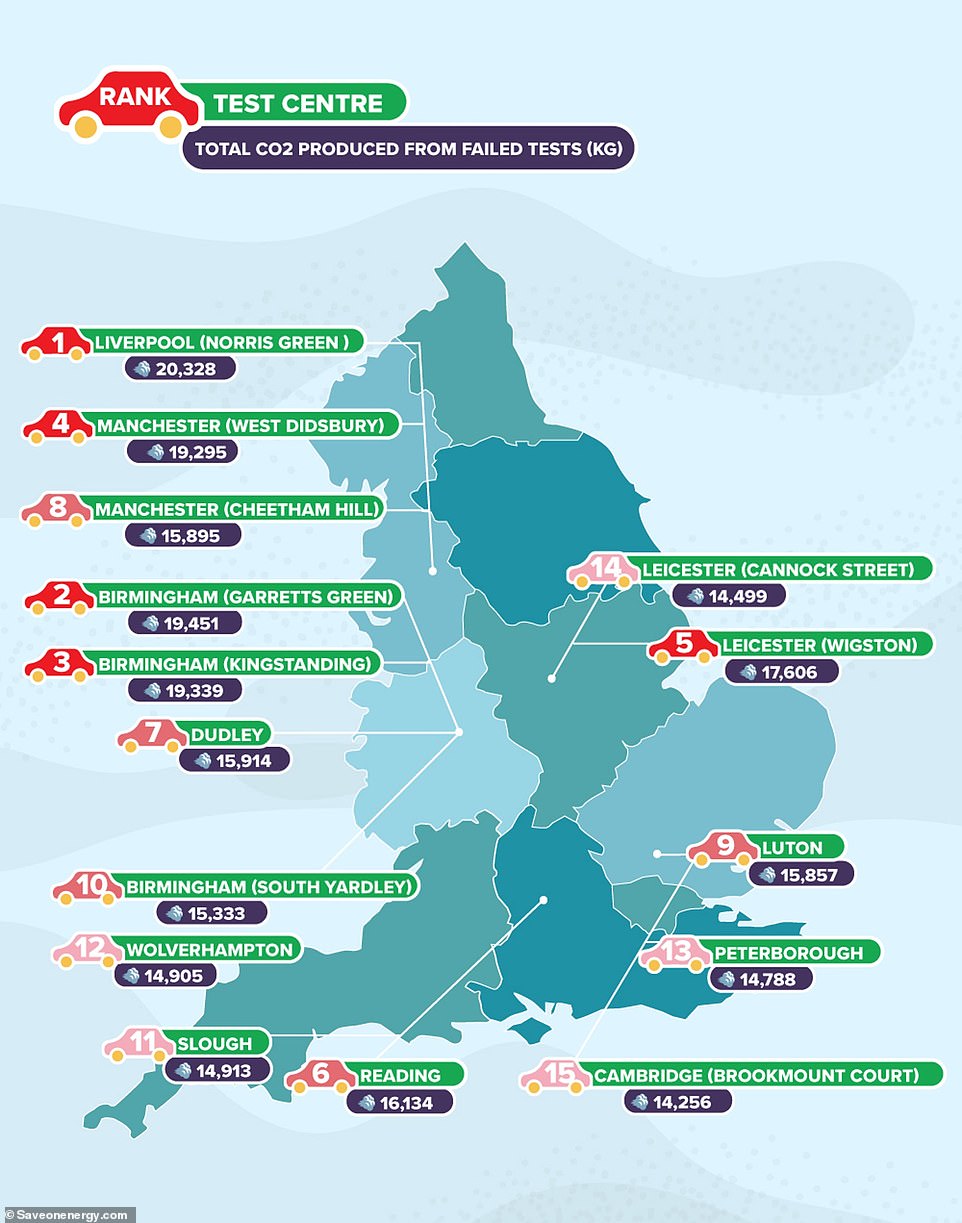 Pictured, the driving test centres in England (except London) with the highest carbon emissions produced from failed tests between April 2019 and July 2020 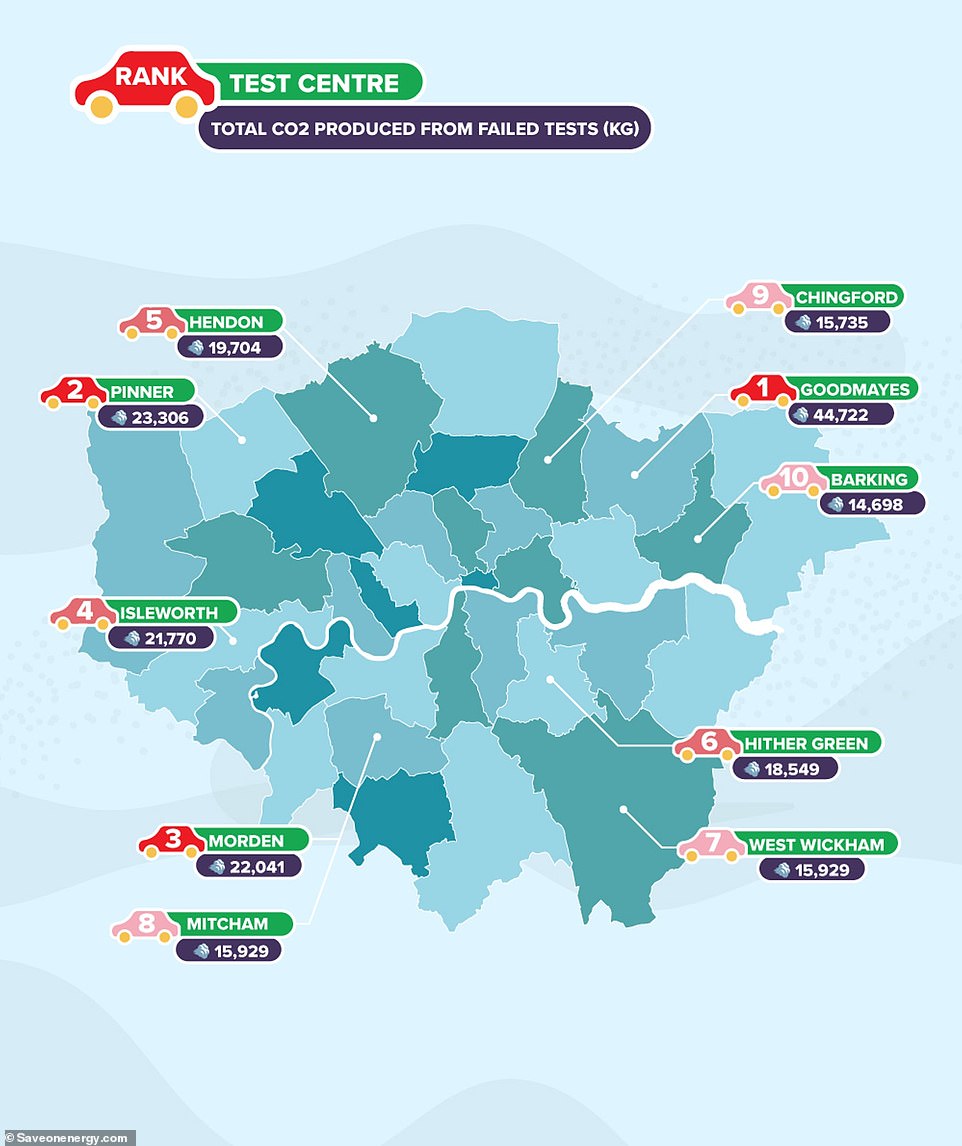 SaveOnEnergy found Goodmayes in east London was the test centre producing the most CO2 for failed tests, at 44,722 kg between April 2019 and July 2020. London was home to the five most polluting test centres

Data scientists from SaveOnEnergy, a price comparison site, assumed each test was done in a Ford Fiesta with an average fuel consumption of 49 miles to the gallon, and each route was of 10.4 miles long.

The researchers also included data from the first half of 2020 but this was affected by a dramatic downturn in the number tests due to the pandemic.

SaveOnEnergy found Goodmayes in East London was the test centre producing the most CO2 from failed tests, at 44,722 kg between April 2019 and July 2020.

This exceeded the annual emissions from Norris Green in Liverpool by just 16 kg.

The top-ten worst offending locations in the UK is rounded out by Garretts Green in Birmingham, West Didsbury in Manchester and Hither Green in London.

Only one site in Wales (Cardiff) and two in Scotland (Glasgow and Edinburgh) exceeded 10,000 kg of CO2 over a year.

Goodmayes is by far the worst offender for carbon emissions from failed tests, at more than double the 12-month total of the second placed location in Pinne, North West London.

Analysis of the data also found men took less tests than women, and were more likely to pass.