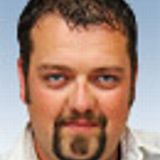 Sean Allen is a fantasy analyst for ESPN.com. He was the 2008 and 2009 Fantasy Sports Writers Association Hockey Writer of the Year. You can tweet him @seanard.

The COVID impact on the fantasy hockey game to this stage has been significant, but manageable. I’ve gone over before about banking stats due to rescheduled games and the imbalance created within the schedule due to a number of cancellations.

But the situation with the Vancouver Canucks is next level. Besides the obvious real-world consequences to a potential variant spreading like wildfire through the clubhouse, there will be an impact on this make-believe game we all enjoy.

There is a possibility the Canucks shutdown could extend the season beyond the ESPN.com fantasy game period. The game was already extended once by the ESPN fantasy team to capture games rescheduled out to as late as May 13, but it won’t be stretched beyond that.

Until the Canucks incident this past week, there didn’t seem to be any threat to that end date missing out on NHL contests. Now it might.

We won’t know the full extent of the cancelled games until after the real-life concerns about the health and safety of the players, teams, families and contacts in Vancouver. And we don’t seem close to knowing either. Even on Monday, the team was still adding players to the COVID protocol.

Even still, as the situation unfolds, some are focusing on the potential fallout for the season. NHL vice-president Bill Daly has already been asked about the likelihood of the Canucks being able to complete a 56-game schedule – for the record, he believes it can happen.

Only four games have been postponed so far, with Thursday’s against the Calgary Flames in jeopardy. Saturday’s Canucks-Flames game has been postponed with the NHL moving a May game between the Oilers and Flames up to this weekend to take it’s place. The Canucks are then scheduled to be in Edmonton next Monday and Wednesday, with AHL call-ups under the COVID exemption for the cap being discussed as a possible scenario to make the games happen – but we’ll have to wait and see about that.

There are limited windows within the Canucks existing schedule in which to shoehorn additional games later this month and into May. And, of course, the NHL has to take into account the schedule of the other teams involved when trying to do so.

There are two ways to forecast this situation into the final key moments of the fantasy season.

The risk-averse approach would be to attempt to divest yourself of assets from the North Division for comparable ones with a safer schedule. At least the bubble approach used by the NHL has given us the clear ability to zig from an entire division when COVID zags toward it. Naturally, the North Division has the best fantasy players in the game, including Connor McDavid, whose Oilers arguably have three games threatened for the fantasy game by the Canucks situation. If McDavid’s three Canucks game fell outside the fantasy game he would go from being projected for the second-most remaining fantasy points among skaters to 19th.

The other approach would be the “go big or go home” outlook on the situation. If you know the Canucks, Oilers, Jets and Flames might have a handful of extra games in the final week of the season (the championship in head-to-head leagues), load up on them. It doesn’t count for any fantasy points in and of itself, but often the most valuable fantasy category is games played. If your leaguemates start ditching any key Canucks – including Elias Pettersson, who has already been out more than a month – then you should start picking them up if you can afford the roster space. Alexander Edler and Tyler Motte are two underrated options that would destroy in the final weeks with extra games.

This is a horrible situation for the Canucks, not an ideal one for the league’s brass to grapple with and doesn’t make our fantasy “escape” that much fun thinking about the players who reportedly were quite sick. But it’s the new reality for a while yet, so we move forward as best we can.

Forwards on the move

Kirby Dach, F, Chicago Blackhawks (up 26 spots to No. 176): The 20-year-old is being put in a position to succeed by the Blackhawks, now that he’s healthy after missing a bulk of the season. Dach, a sophomore, has been lining up with Patrick Kane and Alex DeBrincat. While the dynamic duo have slowed down the scoring of late, they are still as explosive as any pair in the division and the Hawks are still, unexpectedly perhaps, in the thick of it. Dach is getting power play time in addition to the top-line deployment at even strength too.

Joonas Donskoi, F, Colorado Avalanche (enters ranks at No. 221): On March 27, the Avs quietly replaced Nazem Kadri with Donskoi as the fourth forward on the top power-play unit. Since then, Donskoi has potted four goals and two helpers in six games. He has remained locked on the top unit and the Avs keep winning games. Expect this to last at least a little while longer.

Eric Staal, F, Montreal Canadiens (enters ranks at No. 229): Staal had a fairy tale debut, potting the overtime winner for the Canadiens on Monday. He skated with goal-scoring menace Tyler Toffoli and underrated passer Jonathan Drouin. With news Brendan Gallagher is down for weeks now with a broken hand, Staal is in prime position to get the key minutes he needs to drive fantasy value.

Craig Smith, F, Boston Bruins (just missed ranks): It’s pretty late in the season for the Bruins to realize they should spread the wealth on offense a little, but fantasy managers can still take advantage. While David Krejci and Nick Ritchie get elevated on a line with David Pastrnak, they are on rosters in deeper fantasy leagues already. Smith, on the other hand, is available everywhere and also gets a boost by taking Pastrnak’s spot next to Patrice Bergeron and Brad Marchand.

Defensemen on the move

Matt Kiersted, D, Florida Panthers (just missed): Keith Yandle is still hogging the big minutes on the power play in Aaron Ekblad’s absence, but will it last? If you’ll recall, the Panthers and Yandle weren’t exactly on the best of terms as the season approached. He’s done enough to silence critics, but it’s hardly a love story for fantasy managers. Yandle’s 1.3 fantasy points per game (FPPG) are not relevant to most leagues. Enter Kiersted, an undrafted free agent who signed with the team out of the NCAA last week. He blocks a ton of shots (excellent for fantasy) and was fifth among NCAA defensemen for points and second in assists (also good for fantasy). Keep an eye on him.

Goaltenders on the move

Petr Mrazek, G, Carolina Hurricanes (up 75 spots to No. 102): Picking up precisely where he left off when he broke his thumb, Mrazek notched a shutout in his return to the Hurricanes lineup. Go and see if he’s still available in your league right now. Go. He can’t keep up this pace (6.64 FPPG), but he is position to be a massive difference-maker down the stretch.

Juuse Saros, G, Nashville Predators (up 53 spots to No. 111): Speaking of goaltenders notching shutouts, Saros locked down another one on Saturday to make up for his woeful (sarcasm) three goals allowed last Thursday — an obvious April Fool’s joke played by the goaltender who hadn’t allowed more than two goals in a start since Feb. 9. Obviously, Saros turned around his season big time. He entered the season ranked among our top 10 goaltenders, but his stock plummeted with a woeful (not sarcastic this time) January and start to February. On Feb. 12, for example, he had amassed a grand total of -2.0 fantasy points on the season with a 52% crease share and eight starts. Hopefully you managed to ride out the bad times with him still on your team.