Research commissioned by the Invasive Species Council compared government horse-count data from 2019 with fire severity maps. About a third of the national park's 690,000 hectares were burnt. 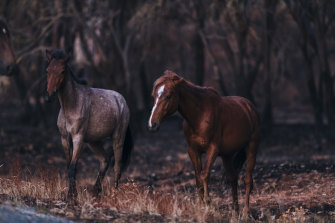 Feral horses in a section of the Kosciuszko National Park last January, which was severely affected by the recent bushfires.Credit:James Brickwood

"This analysis shows that more than two-thirds of the area [of the park] with horses escaped the fires and about 16 per cent of the area with high horse numbers burnt at high or extreme severity," the council's report said.

"Ground and aerial observations in the months after the fires revealed large numbers of horses in most if not all of these areas," it said.

"Recovery [from the fires] will be slow and surviving wildlife will have limited food and shelter in unburnt areas and will compete with or [preyed] on by feral animals," it said.

Invasive Species Council's conservation officer Candice Bartlett said that, as the horses were very mobile, most would have moved out of the way of the fires.

They were also likely to recover faster than many native animals, adding to a population estimated in 2019 by the government at about 20,000 and growing at an annual rate of 23 per cent.

"There is a need for a continued, sustained and accelerated removal of horses from the national park," Ms Bartlett said.

Mr Kean refused to halt the removal of feral horses from three parts of the national park but agreed to a new horse count that is likely to delay the release of the long-awaited horse management plan until late this year, at the earliest. 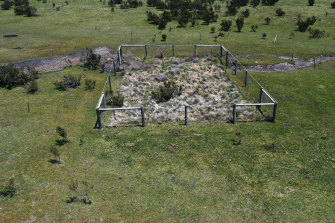 Snowgrass and other native plants in the Alps have to be fenced off to survive the trampling of feral horses.Credit:Joe Armao

The Herald contacted the office of acting Nationals leader Paul Toole for comment.

A spokesperson for Department of Planning, Industry and Environment said the National Parks and Wildlife Service would conduct the survey this spring to "generate an updated and scientifically rigorous estimate of the wild horse population". 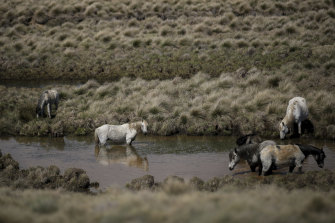 Brumbies also known as feral or wild horses seen roaming in the Kosciuszko National Park near Kiandra prior to last season’s bushfires.Credit:Alex Ellinghausen

In the meantime, control measures to remove from the Nungar and Cooleman plains and Kiandra would continue. Some 200 horses have been trapped and removed to date, the spokesperson said.

Other feral animal programs in Kosciuszko and surrounding national parks had also removed more than 2,000 deer, pigs and goats.

Labor's environment spokeswoman Kate Washington said the council report "once again confirms the need for urgent action to reduce the number of feral horses" in the national park.

"The government needs to stop arguing amongst itself, stop prioritising feral horses and start protecting native species instead.” 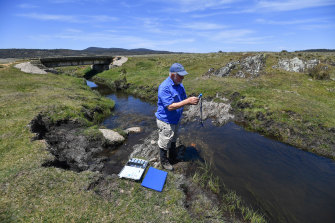 Alpine skinks and the broad-toothed rat were among the threatened species having the grass they need for shelter from predators trampled on or eaten by the feral horses, Professor Pittock said.

"Any delay [of horse removals] makes the situation worse," he said.

Related posts:
TV and Movies
American Music Awards Nominations: Roddy Rich And The Weeknd Lead The Way, Megan Thee Stallion Scores First Nominations
China’s Tencent Pictures Unveils Mega-Slate of Patriotic Titles Ready for Communist Anniversary
Sacha Baron Cohen Thanks ‘Racist Buffoon’ Trump for Free ‘Borat 2’ Publicity After Being Called ‘Creep’
NCIS New Orleans: Why did Meredith Brody star Zoe McLellan really leave NCIS?
Recent Posts
This website uses cookies to improve your user experience and to provide you with advertisements that are relevant to your interests. By continuing to browse the site you are agreeing to our use of cookies.Ok