HUGO LLORIS and Son Heung-min are the latest team-mates to square up to one another on the pitch.

The Spurs duo were spotted by TV cameras shouting and pushing each other as they made their way to the tunnel at half-time in their 1-0 defeat of Everton. 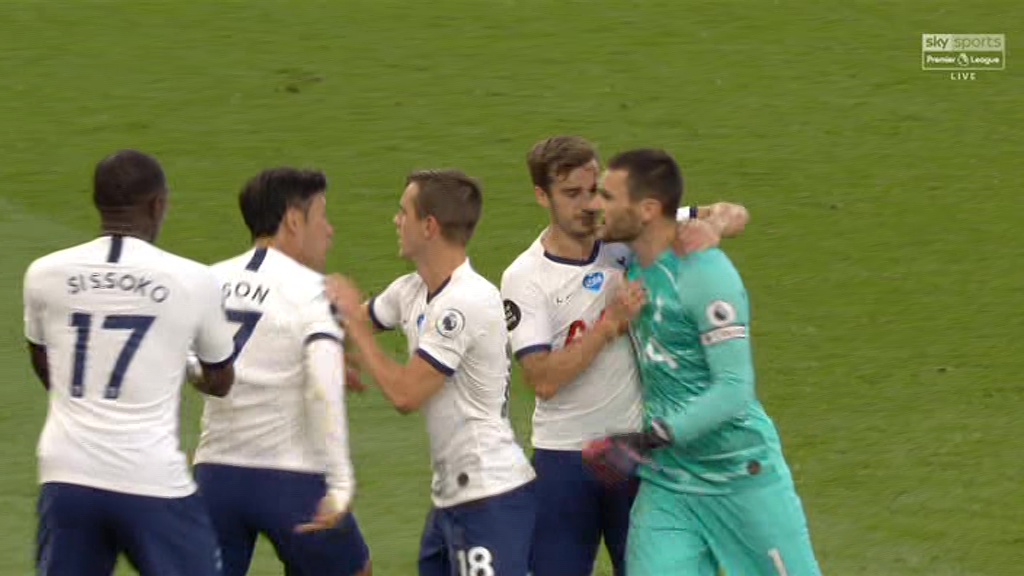 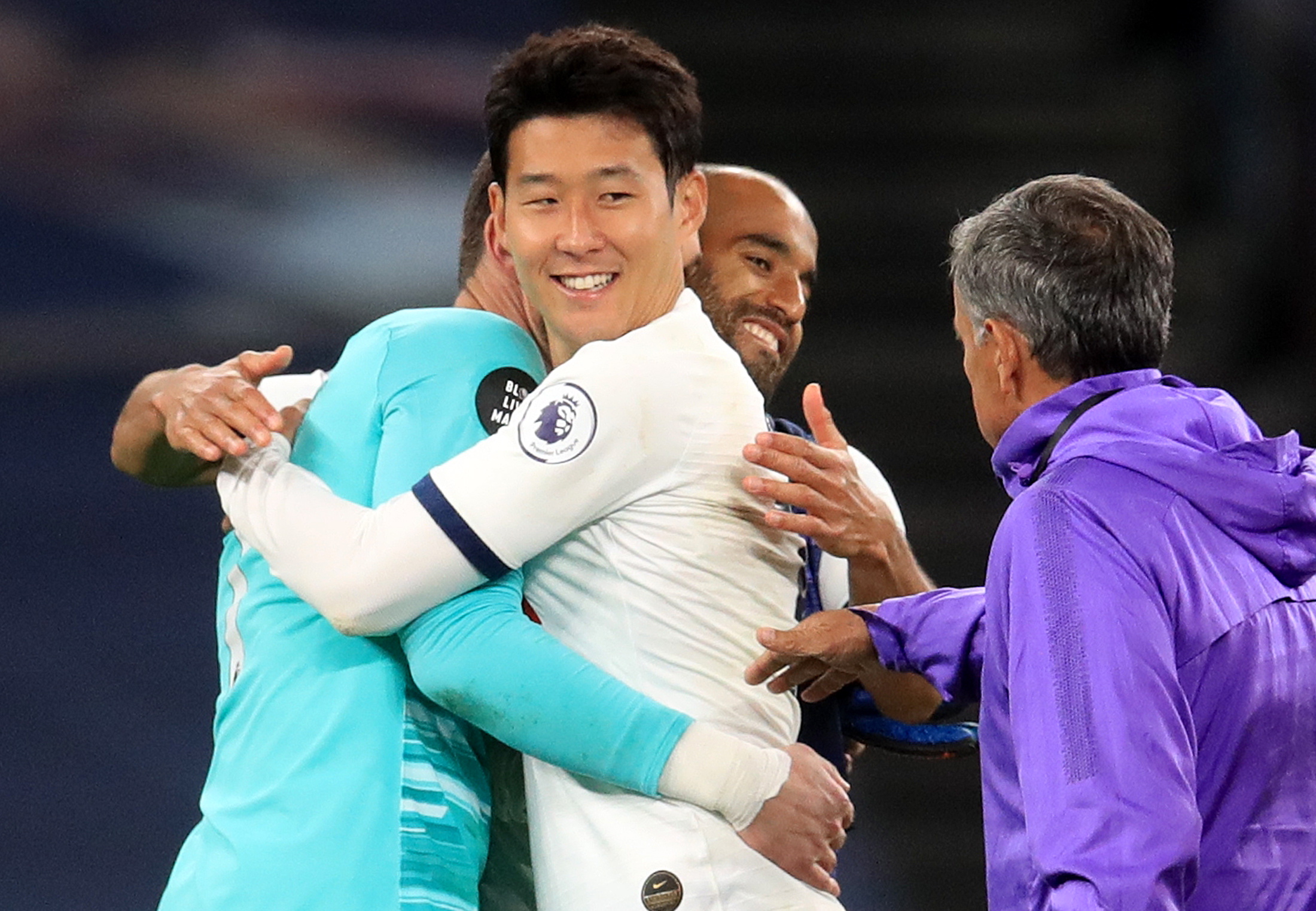 They made up during the interval, but didn't face the wrath of boss Jose Mourinho who applauded their passion, even calling the moment "beautiful."

The Tottenham pair aren't the first footballers to row during a game. Here's some more that got a little heated while in action.

At the beginning of the season England international Tyrone Mings and Anwar El-Ghazi locked horns during a game against West Ham.

The Aston Villa bad-boys' disagreement was put to bed at half-time, according to captain Jack Grealish.

Ming was said to be livid with El-Ghazi for not tracking back, and shouted at him on the pitch.

The Dutchman retaliated by pushing his head into the face of Mings. 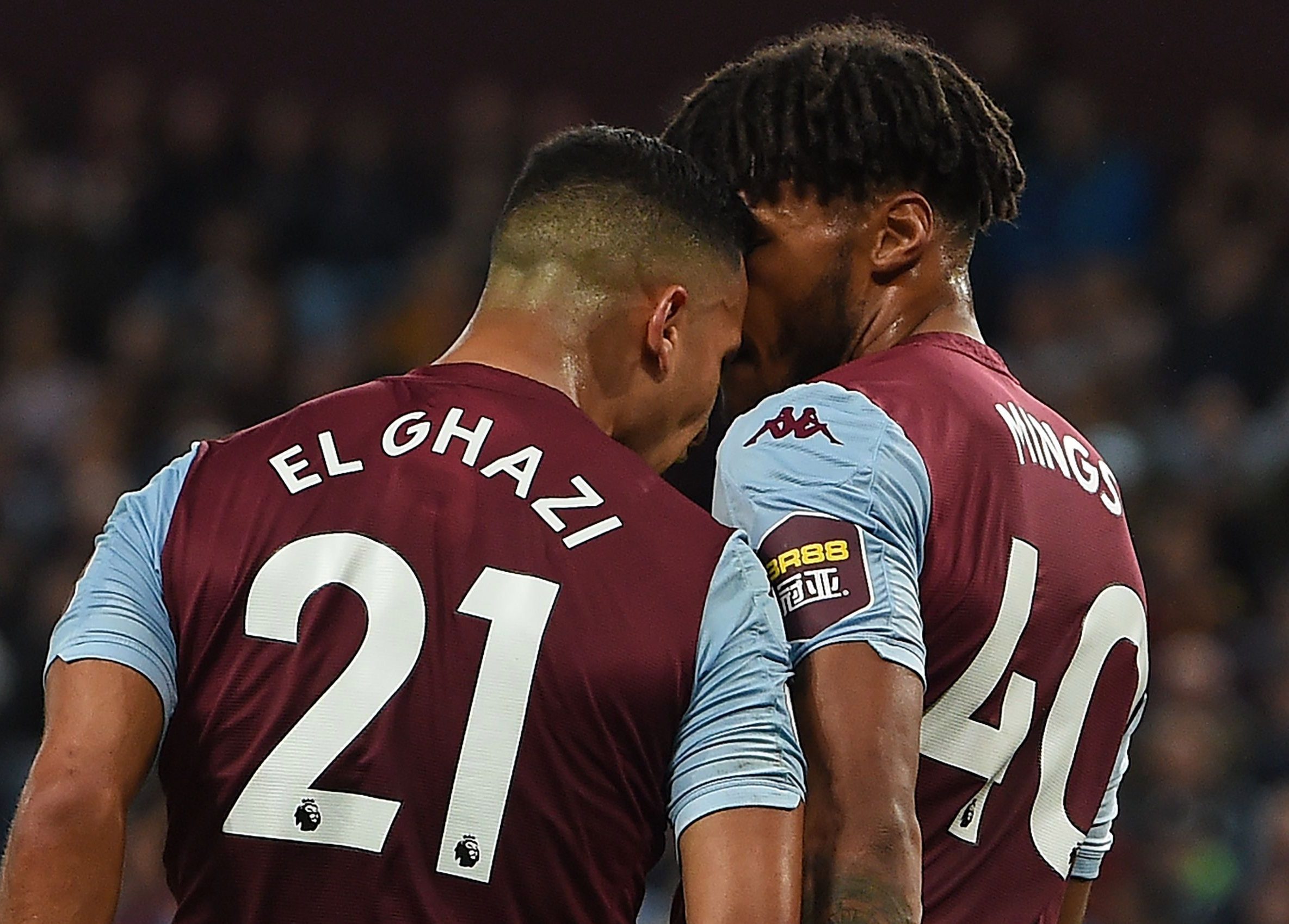 Because things can get heated on the training pitch too.

Picture the scene. Aston Villa had been battered 4-0 by Leicester City over the weekend, so tensions were already running high.

Throw in an on-loan Drinkwater, eager to resurrect his career after flopping at Chelsea, and a Spanish midfielder in Jota trying to make his name at the club, and it might just kick off.

The former Leicester City man was accused of headbutting Jota after an argument. 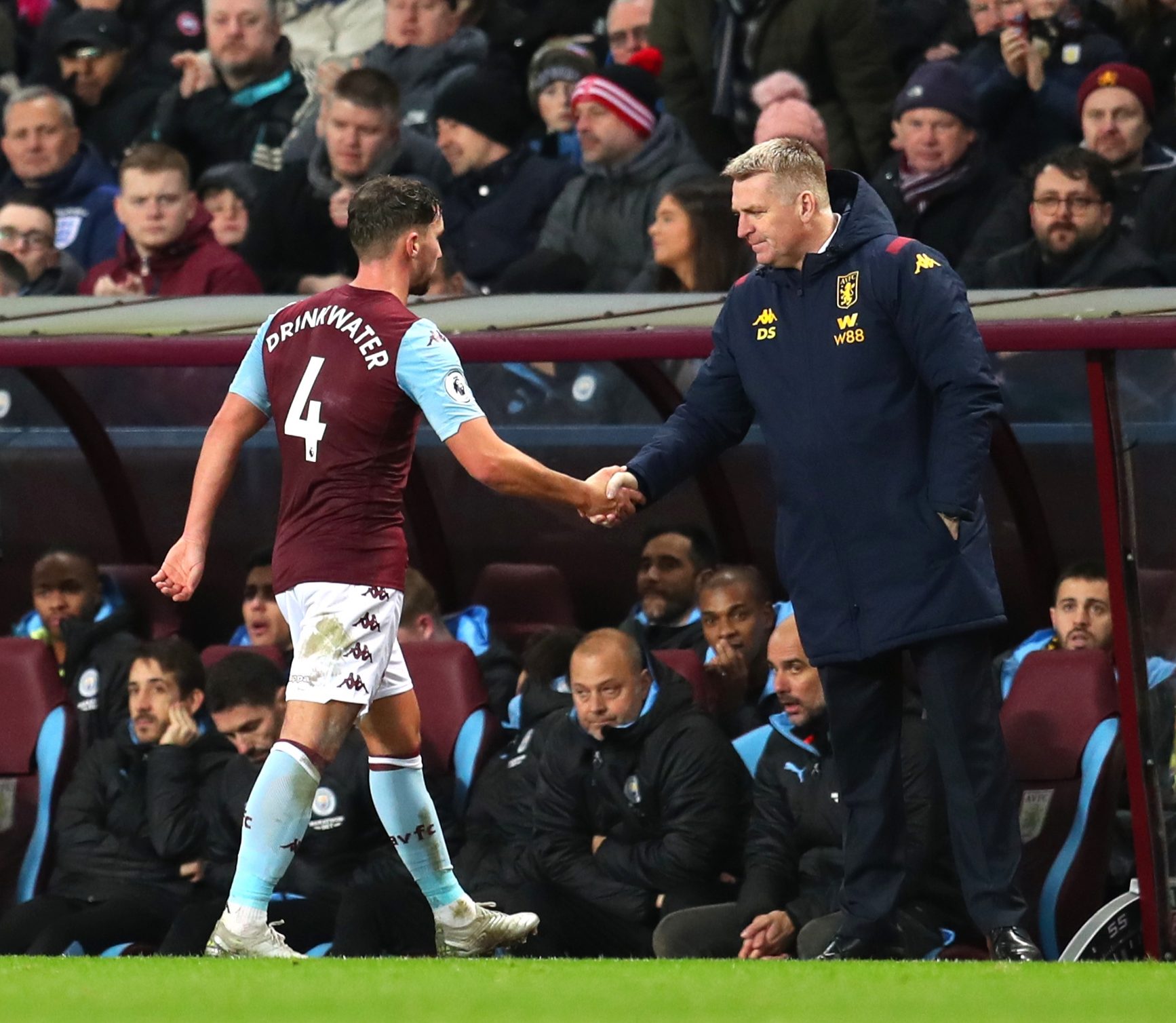 You could say it all started when Kamara snatched the ball of regular Fulham penalty taker Mitrovic and missed the vital spot-kick against Huddersfield.

Then, just two weeks later during a supposedly calming yoga session, the pair got into a heated row as boss Claudio Ranieri looked on.

Mitrovic believed Kamara had insulted the yoga teacher, and he let Kamara know about it. 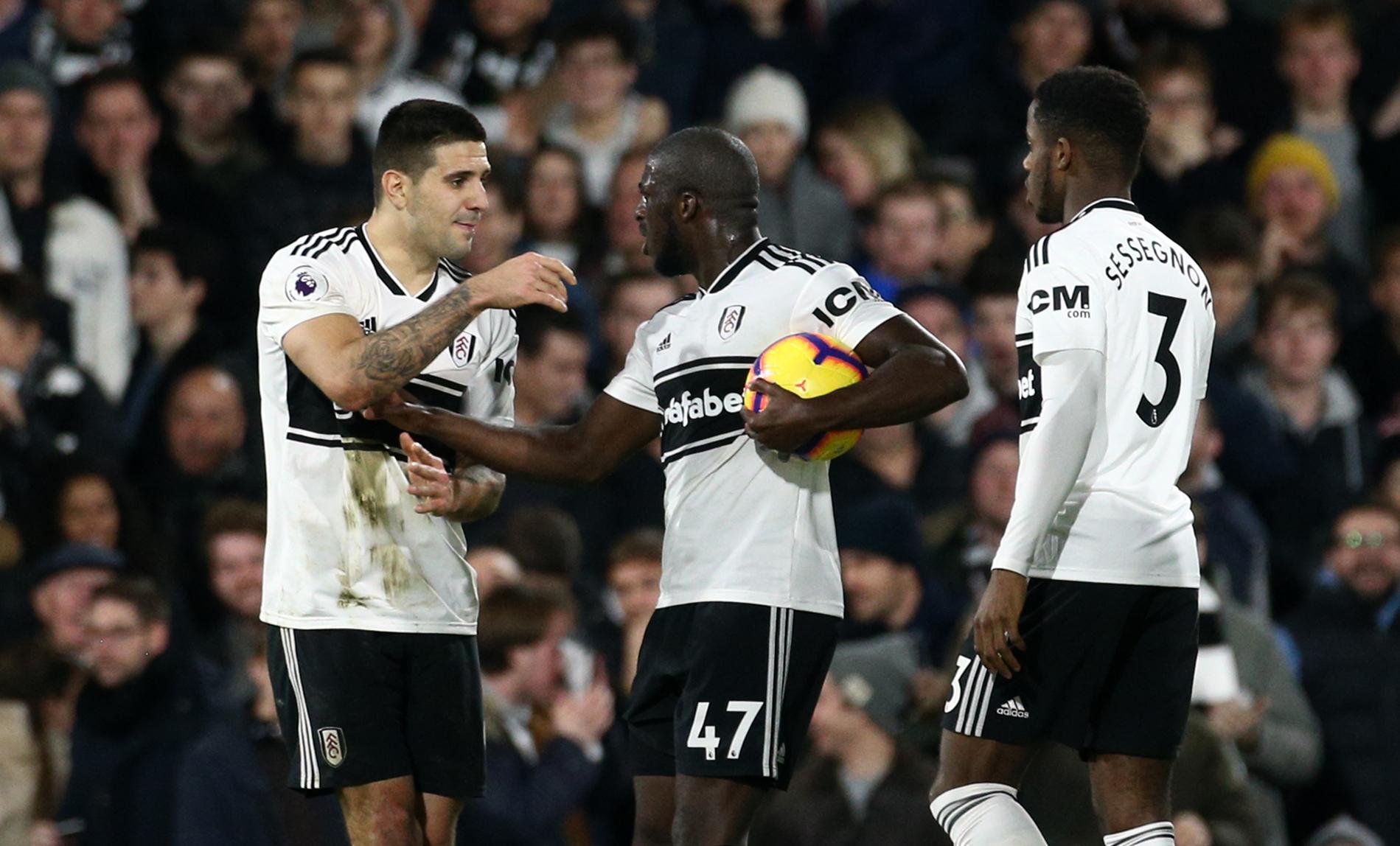 Adebayor wasn't going to let Arsenal's departure out of the Carling Cup go without growling at a team-mate.

And it was Danish star Bendtner who was on the receiving end of the Togo-born striker's frustrations.

Arsenal had a corner, but rather than concentrate on making space Adebayor and Bendtner began shoving each other.

Bendtner was left with a cut above his nose, and they had to be separated by club captain William Gallas. 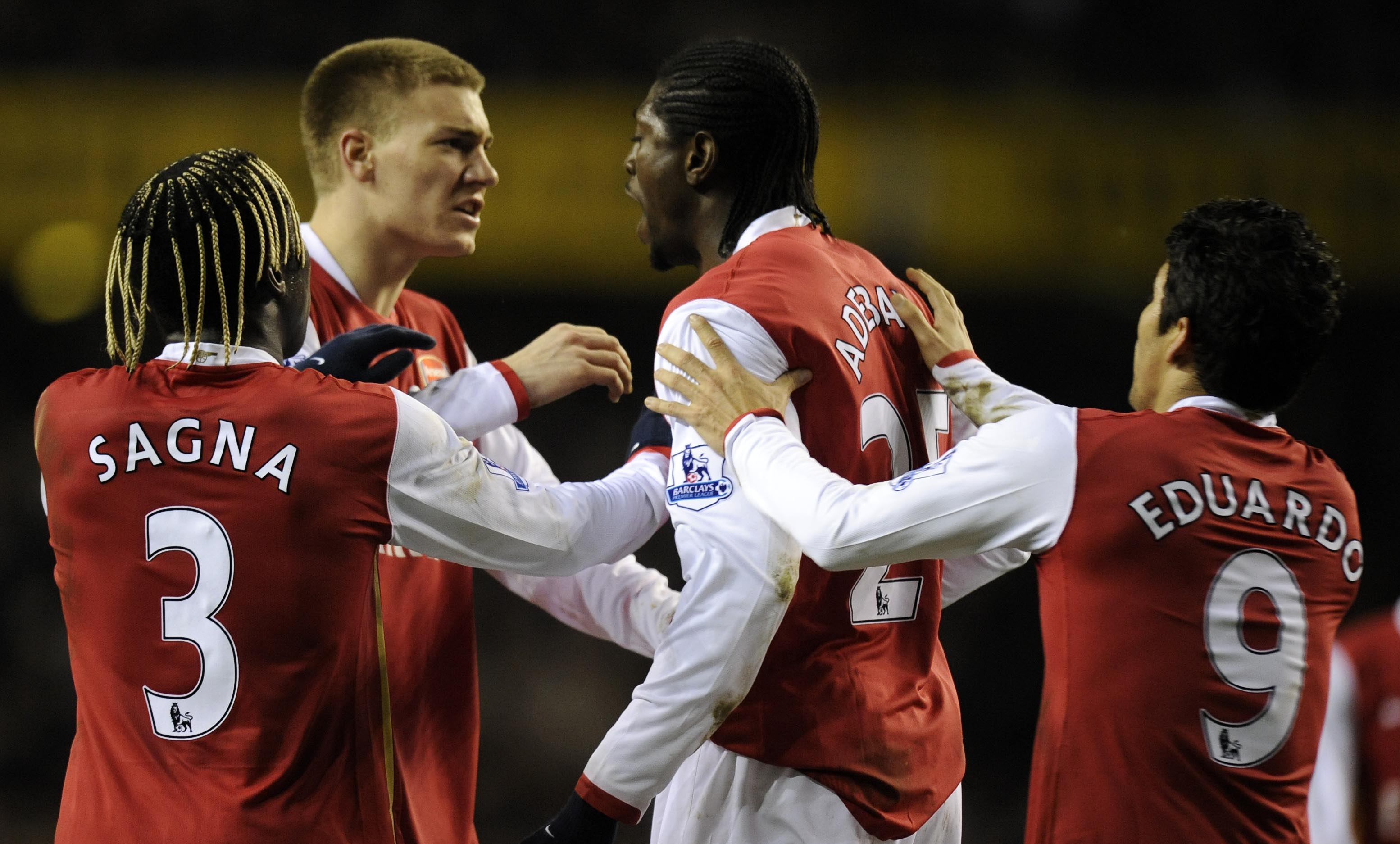 The raging Blackburn duo squared up after accidentally colliding going for the same ball in a Champions League game in Russia.

Le Saux threw a punch at Batty, breaking his hand in the process, before team-mate Tim Sherwood separated the pair. 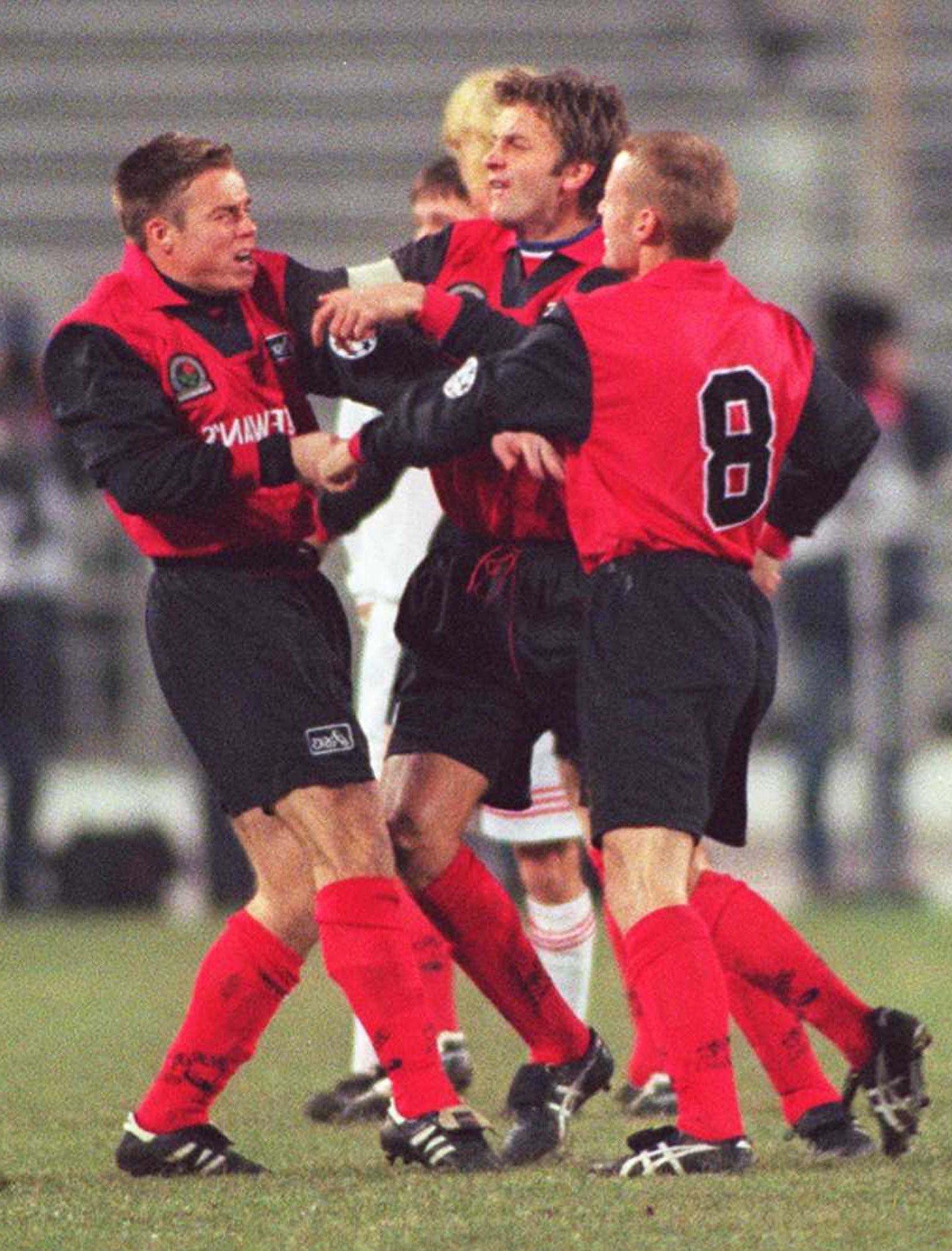 A 20-year-old Hartson lost his temper with Berkovic and kicked his West Ham team-mate in the head.

The training ground outburst was caught on film and Hartson, who was fined £20,000, called it his “biggest regret”. 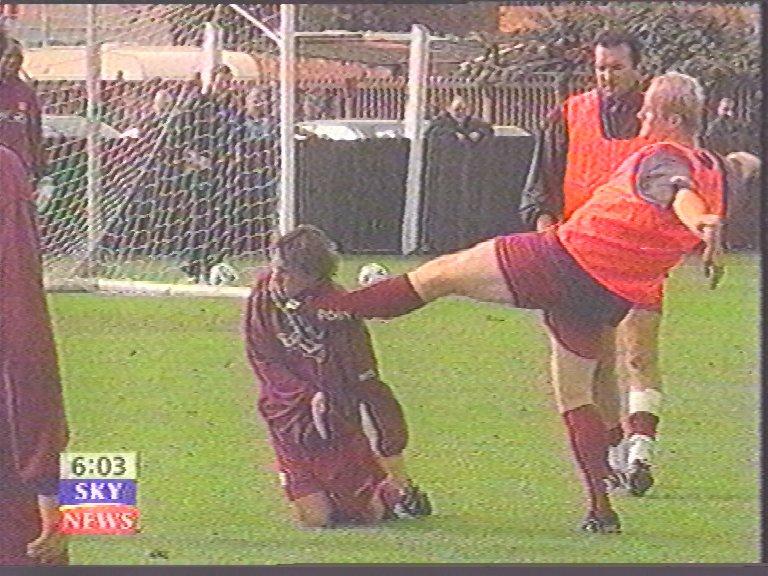 The outrageous melee saw players from both sides try to intervene as they ripped each other to shreds.

They were sent off and tried to get at each other in the changing rooms but stopped when boss Graeme Souness offered to fight them both! 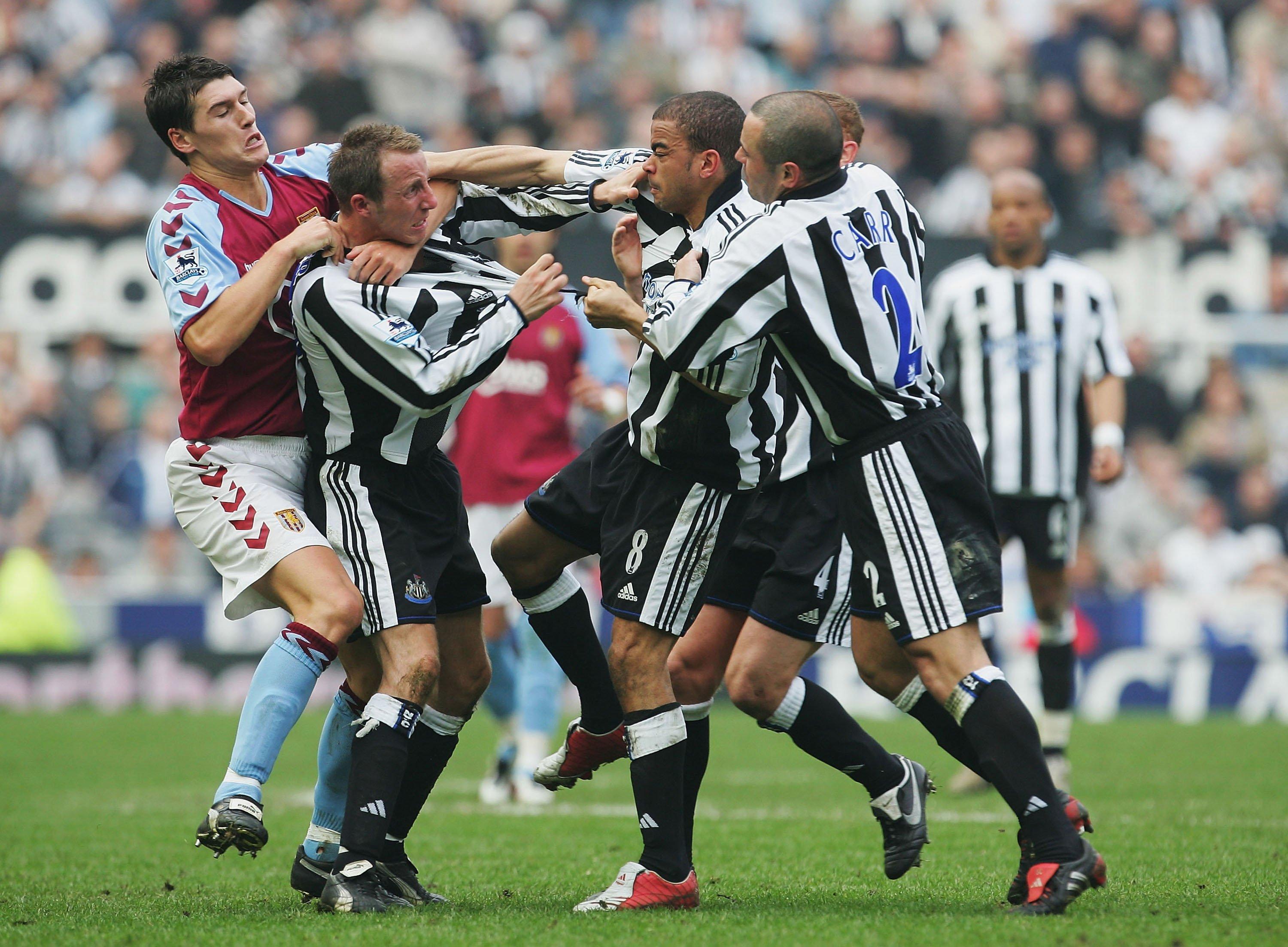 A team-bonding night out in the Algarve went spectacularly wrong for Liverpool.

A row over Riise’s refusal to take part in karaoke led to Bellamy attacking the Norwegian in his hotel room with a golf club. Bellamy later used it in his goal celebration. 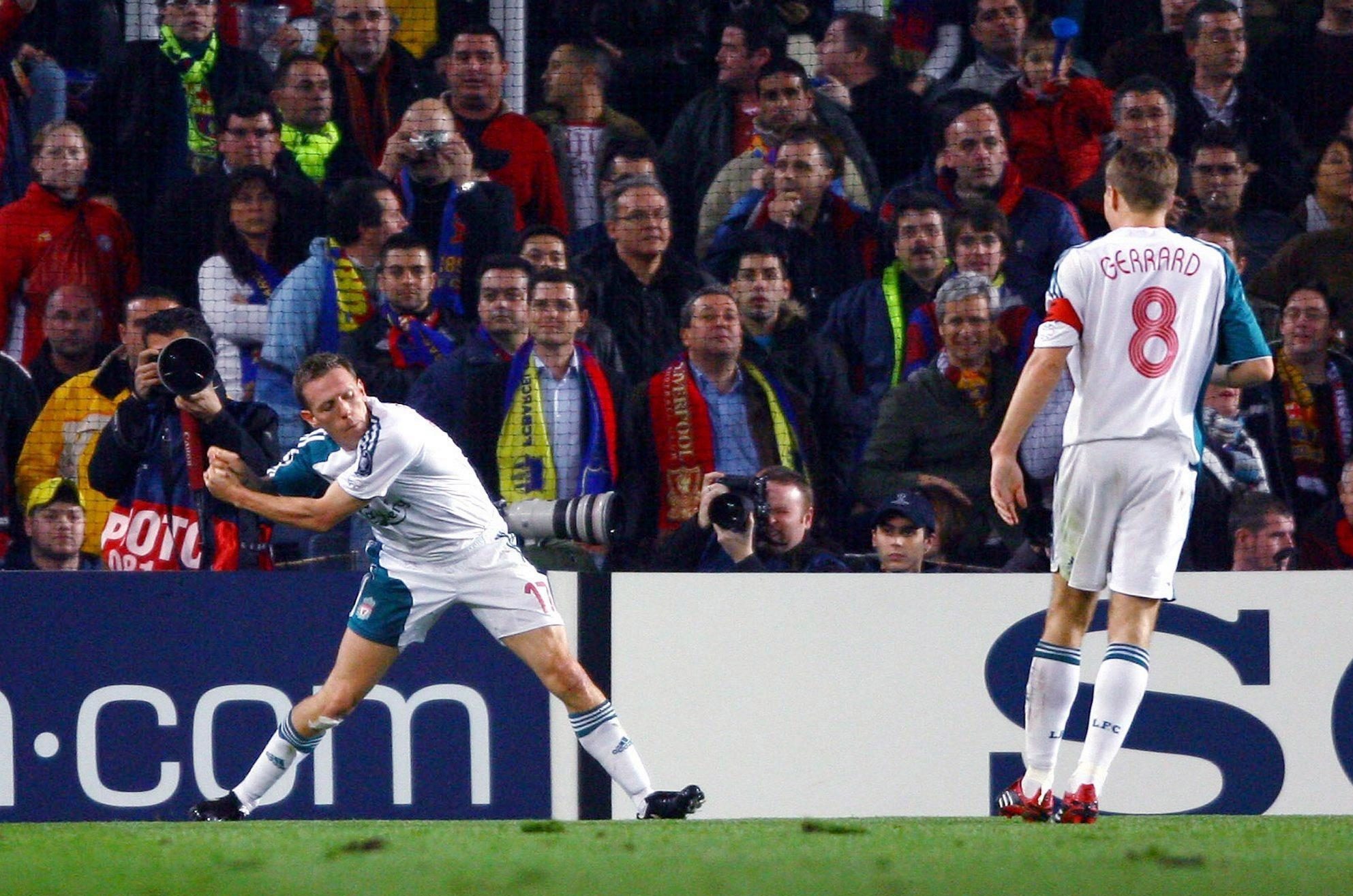 Barton was given a four-month suspended prison sentence for the attack. 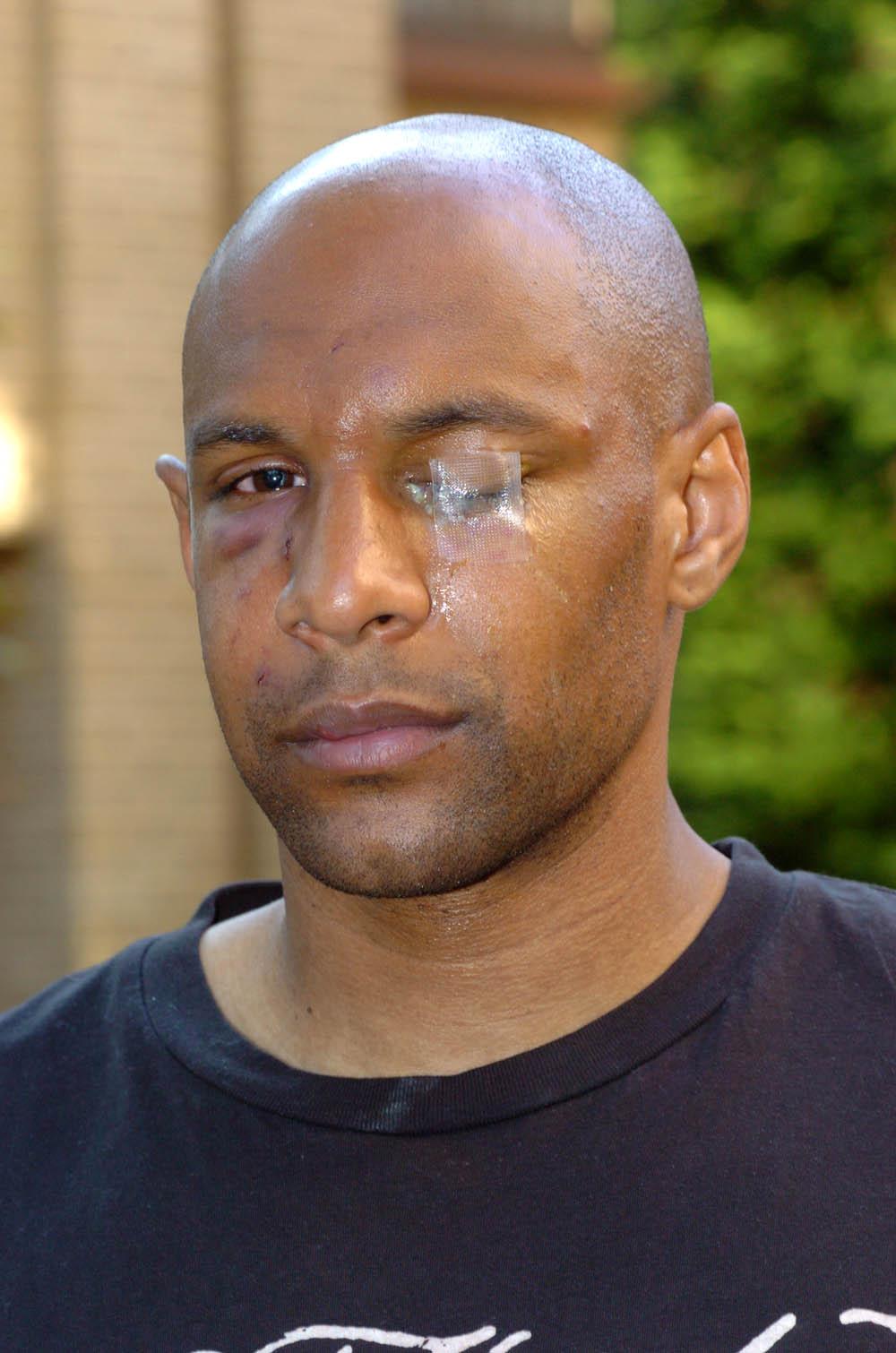 Richards had apparently accused Balotelli of not running enough in a practice match, which Super Mario didn’t take too well.

The fiery Italian had to be held back by Man City team-mates as the two traded insults. 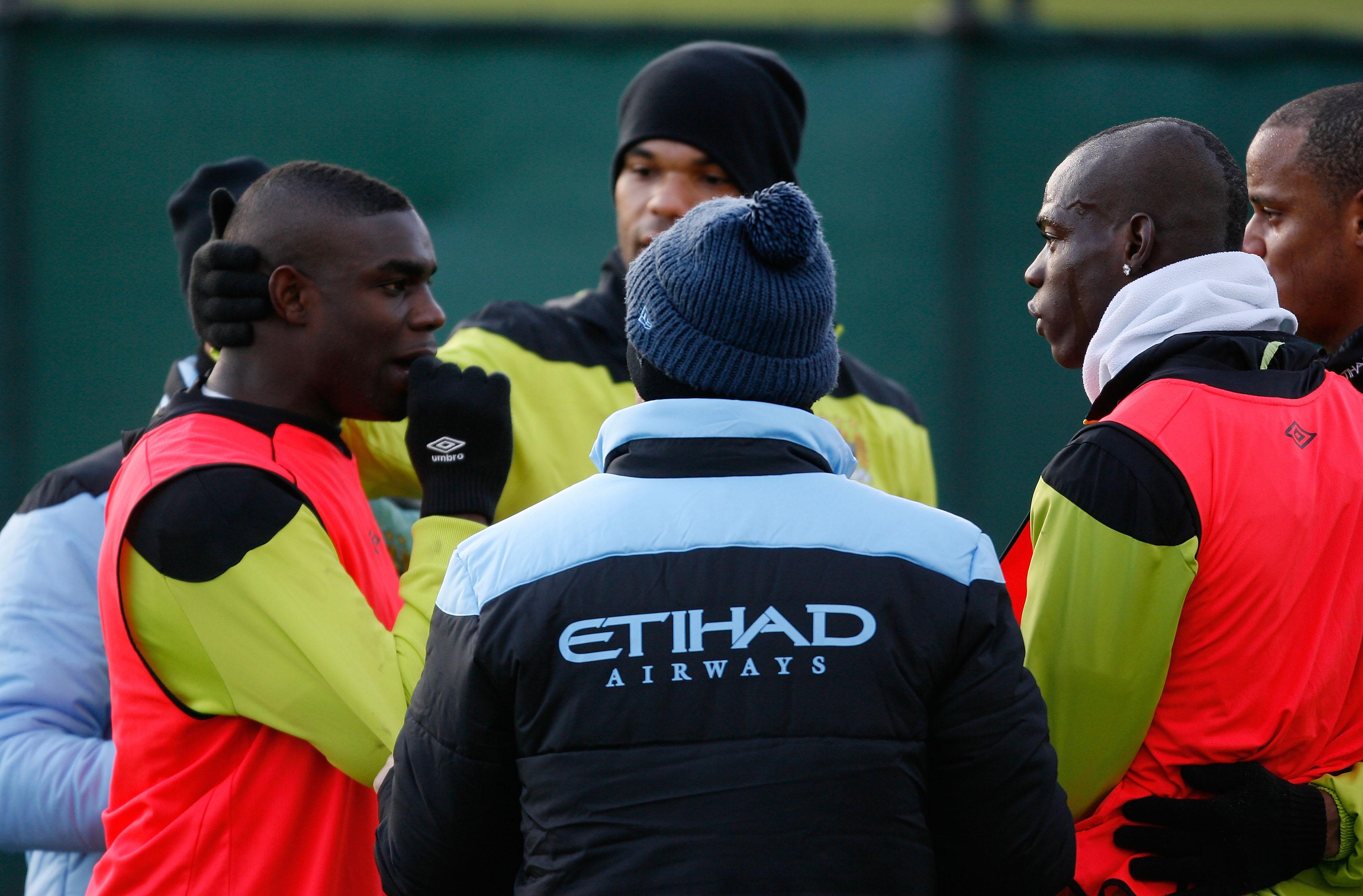