Boxing prodigy Danny Gonzalez, who signed to Floyd Mayweather’s The Money Team in 2016, died on Monday, September 7. He was 22.

The Riverside County Sheriff’s Department said in a press release that Gonzalez was killed in a shooting in Moreno Valley, California, shortly after 9 p.m. on Labor Day. He succumbed to his injuries at the scene, while two minors with non-life-threatening gunshot wounds were transported to a local hospital.

“Deputies secured the area as a crime scene and investigators from Moreno Valley Sheriff Station responded,” the press release said. “The Central Homicide Unit also responded and assumed the investigation.” 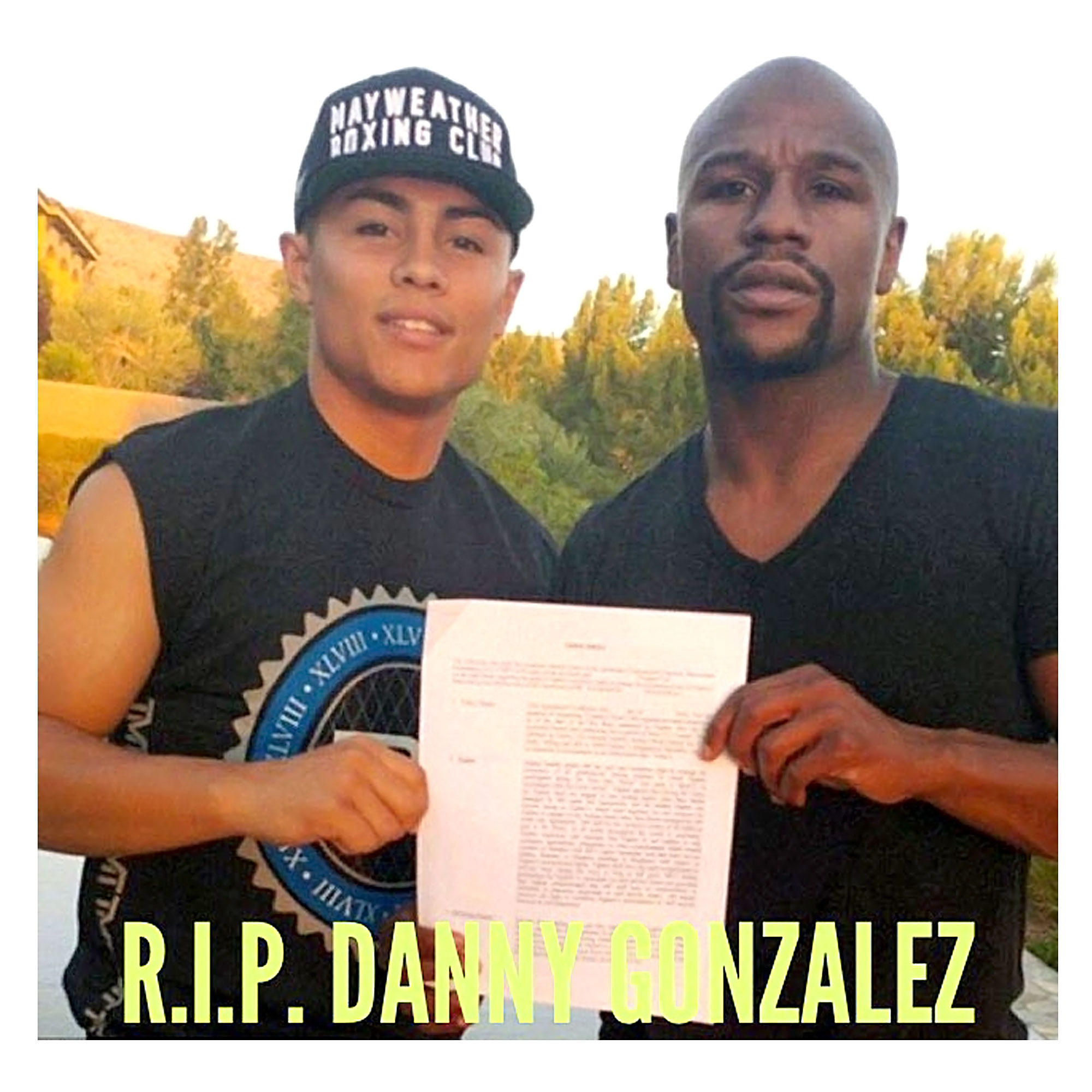 It is unclear who shot Gonzalez and the minors and what the suspect’s motive was. The sheriff’s department encouraged anyone with information regarding the ongoing investigation to call the Central Homicide Unit at 951-955-2777 or submit a tip using an online form.

Most Shocking Celebrity Deaths of All Time

Mayweather, 43, paid tribute to the late boxer via Instagram on Tuesday, September 8.

“R.I.P champ,” he captioned a photo of himself and Gonzalez. “Gone but never forgotten.”

World Boxing Council president Mauricio Sulaimán also took to social media, tweeting on Tuesday, “We are very sad to report the tragic death of boxer and top prospect, Danny González. We send our deepest condolences and prayers to the Gonzalez family at this hard time. May Danny rest in eternal peace.”

Mayweather spoke highly of Gonzalez in August 2016 after signing the young athlete to Mayweather Promotions, the firm he founded in 2007.

“There are certain times when you know you’ve just struck gold and this is one of them!” the boxing legend wrote via Facebook at the time. “Welcome 18-year old phenomenon Danny Gonzalez with an incredible amateur record of 96-13. This 9-time National Champion is a force to be reckoned with! Follow this future World Champion, approved by the undefeated champion himself. Daniel Gonzalez is Floyd Mayweather, approved!”

Gonzalez fought professionally three times before taking a break in 2017. He teased earlier this year that he had planned to return to the sport.

Related posts:
TV and Movies
The 100 Series Finale Sneak Peek: It's a Race Against Time to Save [Spoiler]
Spoilers: Callum gets Phil put away as he wears a police wire in EastEnders?
From Co-Stars to New Parents: A Timeline of Joaquin Phoenix & Rooney Mara's Ultra-Private Relationship
Made In Chelsea viewers slam Zara McDermott’s ‘morals’ amid ‘cheating’ claims
Recent Posts
This website uses cookies to improve your user experience and to provide you with advertisements that are relevant to your interests. By continuing to browse the site you are agreeing to our use of cookies.Ok