A ‘Full Strawberry Moon’ will appear in the sky tonight and it will coincide with a subtle penumbral lunar eclipse, according to astronomers.

While it is called a Strawberry Moon, that doesn’t mean it will appear red or pink, the name comes from the fact strawberries are ready to harvest this time of year.

However, the Moon, which will reach its peak at 20:12 BST, will appear slightly dimmer than a normal full Moon due to the special type of eclipse.

A penumbral eclipse is the most subtle form, it occurs when the earth, sun and moon are all aligned – with the Earth casting a slight shadow over the Moon. 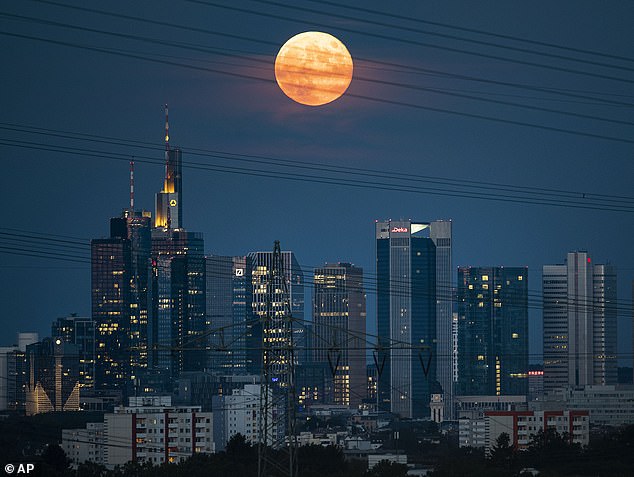 While it is called a Strawberry Moon, that doesn’t mean it will appear red or pink as the name comes from the fact strawberries are ready to harvest this time of year 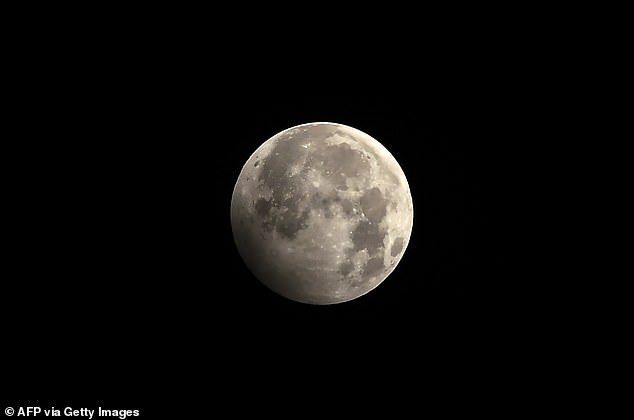 A penumbral eclipse is the most subtle form, it occurs when the earth, sun and moon are all aligned – with the Earth casting a slight shadow over the Moon

For skygazers in parts of the UK rain clouds will dampen the spectacle, and make the dimming effects harder to spot, according to weather forecasters.

Zoltan Toth-Czifra, founder of Under Lucky Stars, says the Full Strawberry Moon will be a stunning sight if the skies are clear.

“This year has been full of astronomical events with the supermoons over the past few months and it doesn’t end there,’ he said.

He said the Moon will rise and be visible every night over the weekend and that Moons always rise in the east and set in the west.

‘Unlike its name, the moon won’t be red or pink in colour,’ said Toth-Czifra.

Despite its name, the moon is unlikely to be turning a hue of strawberry red.

According to the Maine Farmer’s Almanac – which first published the Native American names for the full Moons in the 1930’s – the name comes from the relatively short season for harvesting strawberries in northeastern North America.

The name is applied to the full Moon in June or the last full Moon of Spring, but the same full moon went under many other traditional names in other parts of the world.

‘But it will be a breath-taking full moon, so you may even see it cast moon shadows on the ground,’ he said.

‘This moon is named Strawberry Moon as a reference to the time of harvesting strawberries in North America, originally from Native American tribes who used the moon as an indicator of when the fruit would be ripe.’

Toth-Czifra said the lower than average level of pollution due to lockdown, combined with clear skies in some parts of the UK, will make the Moon clearer than usual.

‘As always, the moon will affect the Earth’s ocean, and the extra gravitational pull means we should brace ourselves for some spectacular tides worldwide,’ he said.

The eclipse won’t be obviously visible as it is a penumbral eclipse – unlike a full or partial version, this won’t actually block out part of the Moon.

‘A strawberry moon is a name for a full moon in June and lunar eclipses like these always happen at the full moon,’ he said. 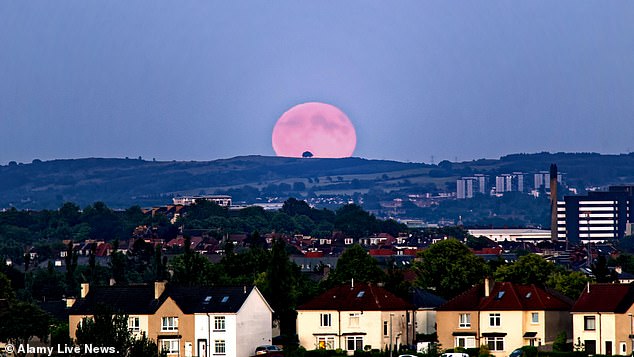 ‘Lunar eclipses come in pairs or sometimes triplets so this will have a corresponding sibling eclipse in May next year. It will be a more spectacular eclipse with a total or partial eclipse of the shadow of the earth,’ Dr Gozzard said.

The Strawberry Full Moon, which will appear an hour before sunset tonight, has also been called the Rose Moon in Europe due to it arriving as roses begin to bloom.

It won’t be easily visible for everyone in the UK, but some will get a clear view.

The Met Office forecast for tonight says there will be sunny spells and showers for many, some heavy with isolated thunder.’