‘They get enough of our money!’: Furious Apple customers slam the ‘greedy’ tech giant for increasing the price of its Music and TV+ subscriptions amid the cost-of-living crisis

Apple has hiked the prices of its Music and TV+ subscriptions in the UK and the US – and customers are not happy.

Customers took to Twitter to voice their displeasure that the tech giant is bumping its prices – a decision that comes during a cost-of-living crisis. 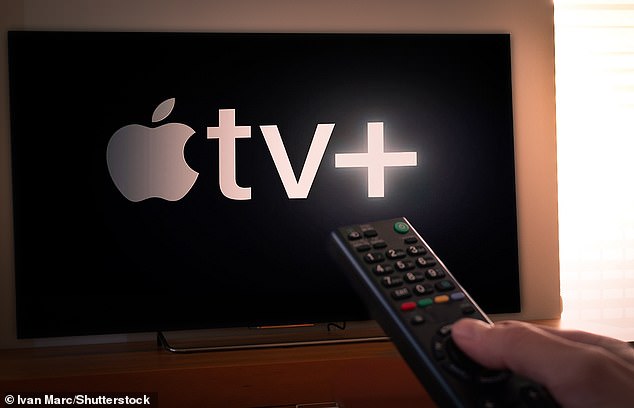 Twitter user @MunroMcLaren posted: ‘Why?? They’re a billion dollar company. They don’t need to do this’

Customers took to Twitter to voice their displeasure that the tech giant is bumping its prices. User @The_Vaughn_ posted: ‘They get enough of our moneys’

Twitter user @MunroMcLaren posted: ‘Why?? They’re a billion dollar company. They don’t need to do this.

@The_Vaughn_ also wrote: ‘They get enough of our moneys.’

And @rui_uk said: ‘Nice move when living costs are going up. Sorry, not spending a penny.’

Apple has increased the cost of Apple TV+ for the first time since it launched in 2019 because its catalogue has grown extensively, the company said.

But Twitter user @CheezHella said: ‘Apple TV is a definite cancel at that price.’

According to Nick Baker, TV and streaming expert at Uswitch.com, Apple’s decision to raise its streaming prices ‘will be a big test of customer loyalty’.

Apple TV+ completes with Netflix, which is about to launch a new ad-supported tier for £4.99 a month, and Disney+, which launch a similar ad tier in December in the US.

‘As the cheapest of the mainstream streaming services, AppleTV+’s 40 per cent price hike will be a big blow to its UK customers,’ Baker said.

Sky has launched new ‘affordable’ TV streaming box amid the cost-of-living crisis that starts at less than £1 a day.

Called Sky Stream, the palm-sized box can be plugged into any TV to stream content over Wi-Fi.

Starting at £26 per month on a 18-month contract, it gives customers access to more than 150 channels and 100,000 hours of content – and it includes Netflix.

‘Apple’s decision to increase monthly fees from £4.99 to £6.99 a month also seems to be swimming against the tide, at a time when rivals Netflix and Disney Plus are introducing new, lower-cost subscription tiers supported by advertising.

‘Above all, this rise will be a big test of customer loyalty. AppleTV+ has fewer movies than Netflix, whose Basic With Ads package launches at £4.99 a month.’

Also popular is Emmy-winning series Ted Lasso series and Shantaram, a drama thriller based on the bestselling novel.

However, Baker pointed out that Apple TV+ has by far the least amount of content, compared with rivals in TV streaming such as Netflix and Amazon Prime Video.

‘Unlike Netflix, Apple can use its streaming service as part of a wider strategy, offering free trials with sales of iPhones and other devices,’ he said.

‘It also relies solely on original shows like Ted Lasso and The Morning Show, while the likes of Disney+ and Amazon Prime Video can both draw heavily on large back catalogues.’ 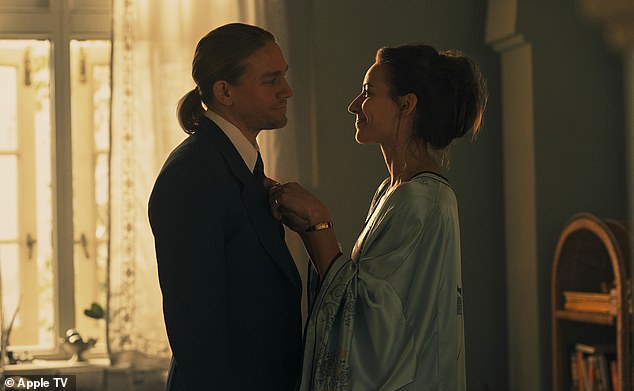 Among Apple TV+’s arsenal is Shantaram, a drama thriller based on the bestselling novel. Pictured are Charlie Hunnam and Antonia Desplat appearing in Shantaram 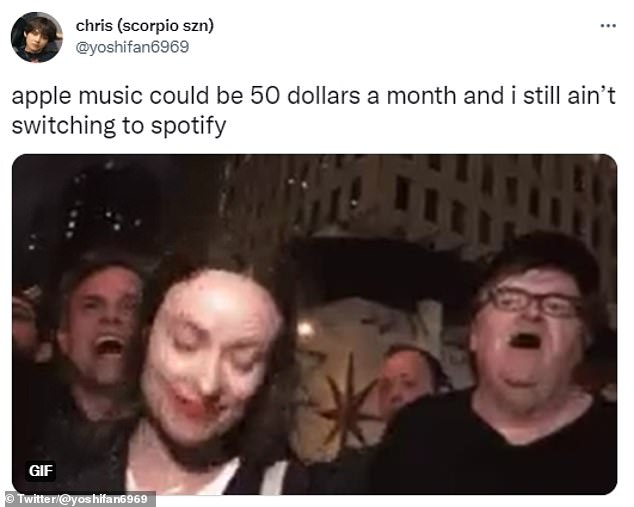 One die-hard Apple Music fan said: ‘Apple Music could be 50 dollars a month and I still ain’t switching to Spotify’

Almost one million Brits have cancelled their subscriptions to video streaming services so far this year amid the cost-of-living crisis.

According to Kantar, the number of UK homes with at least one paid-for video subscription fell by 937,000 between January and September.

In the last quarter alone – between July and September – 234,000 British households have ditched video streaming.

Paolo Pescatore, analyst at PP Foresight, said Apple’s price rises are ‘a real test of consumer appetite to continue paying for these services’.

But he pointed out that Apple is not alone in doing so; this year, Netflix, Disney+ and Hulu have all raised their monthly subscription prices.

‘All providers and streamers are increasing prices,’ Pescatore told MailOnline. ‘Unfortunately these moves aren’t going down well with subscribers given the cost of living crisis.

‘Unlike others, this is the first time Apple has raised prices for these services. It shows that no one is immune to price rises given the escalating costs for content, media and everything else.’

As for Apple’s music streaming service, the monthly £10.99 price means ‘it makes it a obvious choice to go for Spotify now’, Twitter user @ohiobrownz said.

@OriginalBad also said: ‘Time to cancel Apple TV and Music and hit up Spotify I guess.’

However, one die-hard Apple Music fan said: ‘Apple Music could be 50 dollars a month and I still ain’t switching to Spotify.’

Also, unlike Spotify, Apple Music does not offer a free ad-supported tier. 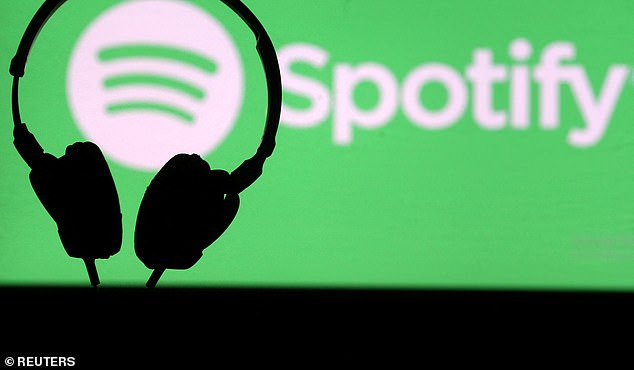 With Apple’s price hikes, the cost of Apple Music is now higher than rival Spotify, which costs £9.99 per month for an individual account

In the US, the cost of Apple TV+, Apple Music and Apple One all go up too.

According to the tech giant, the price has gone up to reflect the streaming service’s extensive and diverse range of programs.

Apple said in a statement to the Hollywood Reporter: ‘We introduced Apple TV+ at a very low price because we started with just a few shows and movies.

‘Three years later, Apple TV+ is home to an extensive selection of award-winning and broadly acclaimed series, feature films, documentaries, and kids and family entertainment from the world’s most creative storytellers.’

Apple has similarly justified the increase to the cost of Apple Music as being ‘due to an increase in licensing costs.’

It said that in turn, artists will be paid for more for the streaming of their music.

WHAT ARE THE VIDEO STREAMING OPTIONS AVAILABLE TO UK CUSTOMERS?

Prices correct as of October 2022