Gabby Windey may have not won the mirrorball, but did she meet her new man on Dancing With the Stars? The former Bachelorette isn’t ruling out a date with Vinny Guadagnino after the costars were caught getting flirty online.

“I would at this point,” Windey, 31, told Us Weekly after the Monday, November 21, finale of the Disney+ series when asked whether she’d say yes if the Jersey Shore star, 35, asked her out. “I could use a pick me up.” 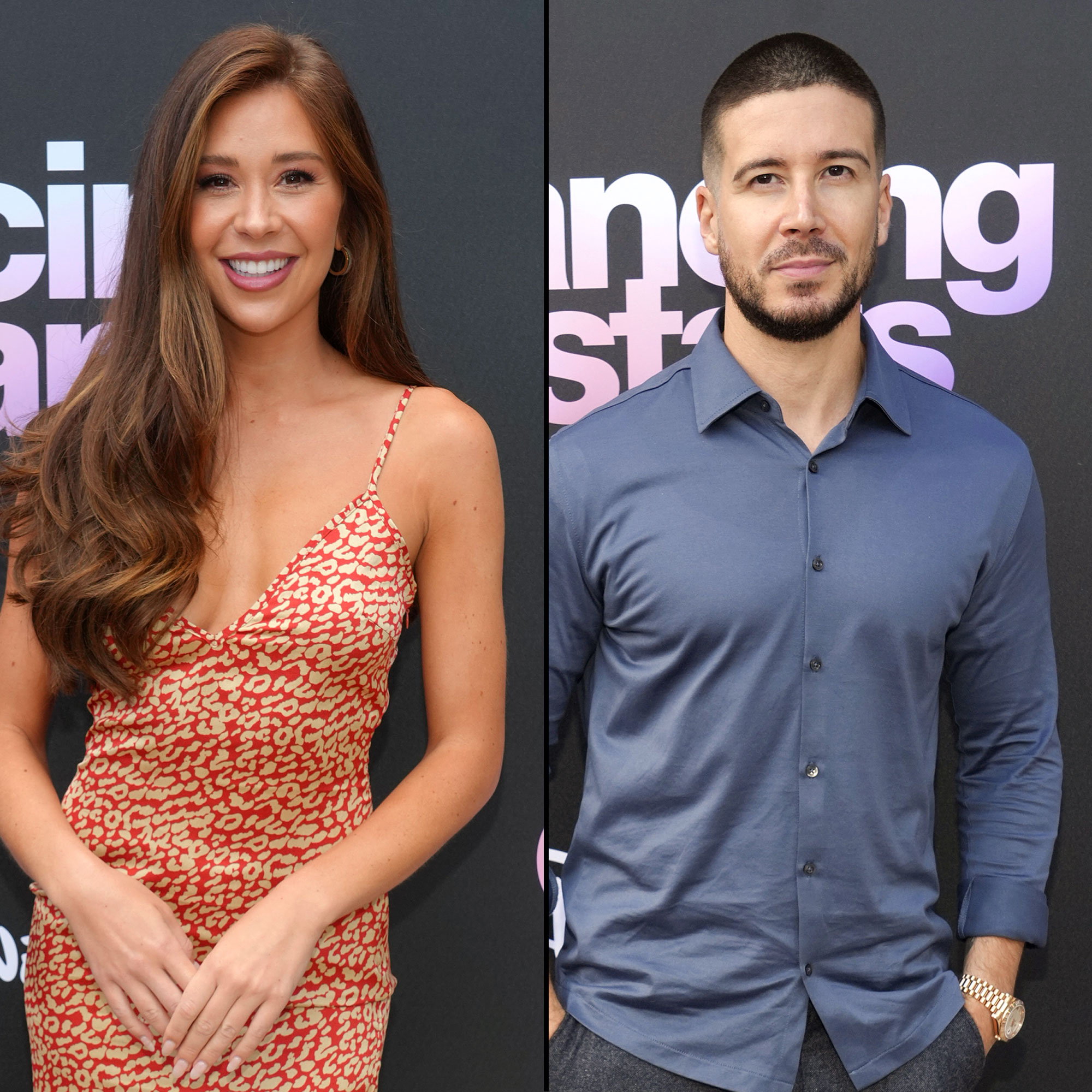 Windey and Guadagnino made waves earlier this month when he called her “baby mamma” via Instagram. (She returned the favor by calling the MTV personality her “main man.”) In another flirty exchange, the former ABC star teased that she was on her way over when Guadagnino captioned a photo on the app, “Stop looking for the one…be the one, and let them all come to you.”

‘DWTS’ Winners Through the Years: Photos

The former cheerleader addressed their relationship for the first time on the “Chicks in the Office” podcast on Friday, November 18: “I mean, we’re friends. We were on [Dancing With the Stars] together. Apparently both of us just like to kind of stir the pot. Which is, like, funny. But [the rumors] did happen out of nowhere.”

Speculation about Windey and Guadagnino comes less than one month after she ended her engagement to Erich Schwer.

“The end of our relationship happened because we weren’t completely in step and in sync with each other in our common goals or just the way we approach life,” she explained on the November 14 episode of DWTS.

Hours after the episode aired, Windey told Us that it was “hard” to speak about the split on the show, explaining: “Ultimately, I’m just grateful that I was able to do it on my own terms and when I was ready. It was just a new experience overall — being so public and being thrown into this. I think now it’s just kind of trying to move forward.”

The twosome got engaged on the season 19 finale of The Bachelorette, which aired in September.

Couple Alert! Every ‘DWTS’ Pro and Celeb Who Found Lasting Love on the Show

“A lot of you are reaching out with questions about me and Gabby. The reality is that we ultimately were not each other’s people — it’s hard when there isn’t one thing to put your finger on,” Schwer wrote in his own statement on November 15 via Instagram. “We met in a very unique situation and in a very unique way and I’m grateful we did. I would never take it back. Gabby is an amazing person and she is doing amazing things. I will always root for her. … I have learned and grown so much this year from experiences and mistakes and I continue to better myself every day. I am hoping to take this time with my family and loved ones and focus on myself. I have been working hard these past few months and I’m excited to share with y’all eventually.”

During Monday’s finale on DWTS, Windey finished as the runner-up and Charli D’Amelio took home the title of season 31 champion. While the winner will appear on select dates of the upcoming 2023 tour, Windey will serve as the co-host. Guadagnino, Heidi D’Amelio and Daniel Durant will also make select appearances.