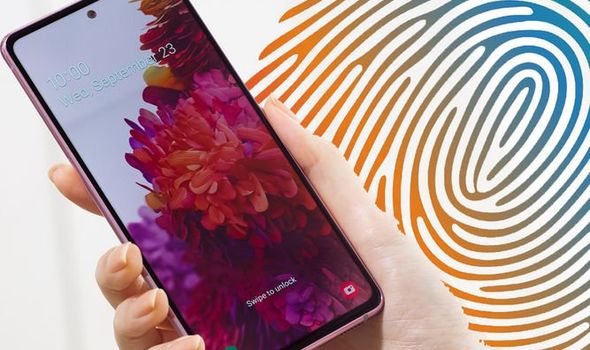 Tomorrow is the big day when Samsung will finally unleash its new Galaxy S21 on the world. The firm’s famous Galaxy Unpacked event will take place via an online live stream, with the Korean company looking set to reveal a range of devices including three phones and new wireless earbuds. Although we’ll find out full details soon, there’s one upgrade that may have been revealed early and it could fix one of the biggest issues found on devices such as the Galaxy S20, Galaxy Note 20 and Galaxy S10.

As you might be aware, many of Samsung’s previous smartphones have all featured an embedded fingerprint scanner which tucks neatly under the screen. This has allowed Samsung to ditch the bezels and still keep this vital sensor – which unlocks the screen and offers secure ways to pay at shops – on the front of the device rather than sticking it in a less appealing place on the rear case.

It’s clever tech but Express.co.uk has often found this scanner a bit hit-and-miss. Not only is it hard to get your thumb in exactly the right place but it can also feel slower than the older physical scanners found on devices such as the Galaxy S7 and Galaxy S8.

Luckily, it seems things could get a major improvement. Qualcomm might be famed for making smartphone chips but it also supplies fingerprint scanning tech to firm’s such as Samsung and the US tech company has just announced the launch of an all-new embedded sensor.

Qualcomm says that its 3D Sonic Sensor Gen 2 is now around 50 percent faster than before and is also 77 percent bigger, meaning it will be easier find on the screen.

The bigger sensor provides a larger region for you to place your finger and allows Qualcomm 3D Sonic Sensor to capture 1.7x more biometric data which should make it far more accurate.

Along being larger and quicker the new sensor continues to work even while wet so you shouldn’t have any issues accessing your screen in the rain. Qualcomm says its 3D Sonic Sensor Gen 2 is expected to debut in mobile devices in early 2021. That could mean one of the first to get this tech might be the new Galaxy S21.

As we mentioned earlier, Samsung already uses Qualcomm’s current technology on some of its most popular flagships so it would make sense for them to include this new scanner on all upcoming devices.

We’ll find out full details tomorrow with Unpacked getting underway from 3pm BST and it could be an exciting afternoon with the new S21 devices expected to be faster, much more powerful and feature improved camera technology.

Express.co.uk will be watching the event live and will bring you all the latest news and updates as soon as they are revealed.