SHAMIYAN looks the one to be on here with Paul Townend up.

The four-year-old was firmly put in his place on debut by The Very Man, but he was giving away bags of experience and ran on well enough to suggest that he would be one for next time. 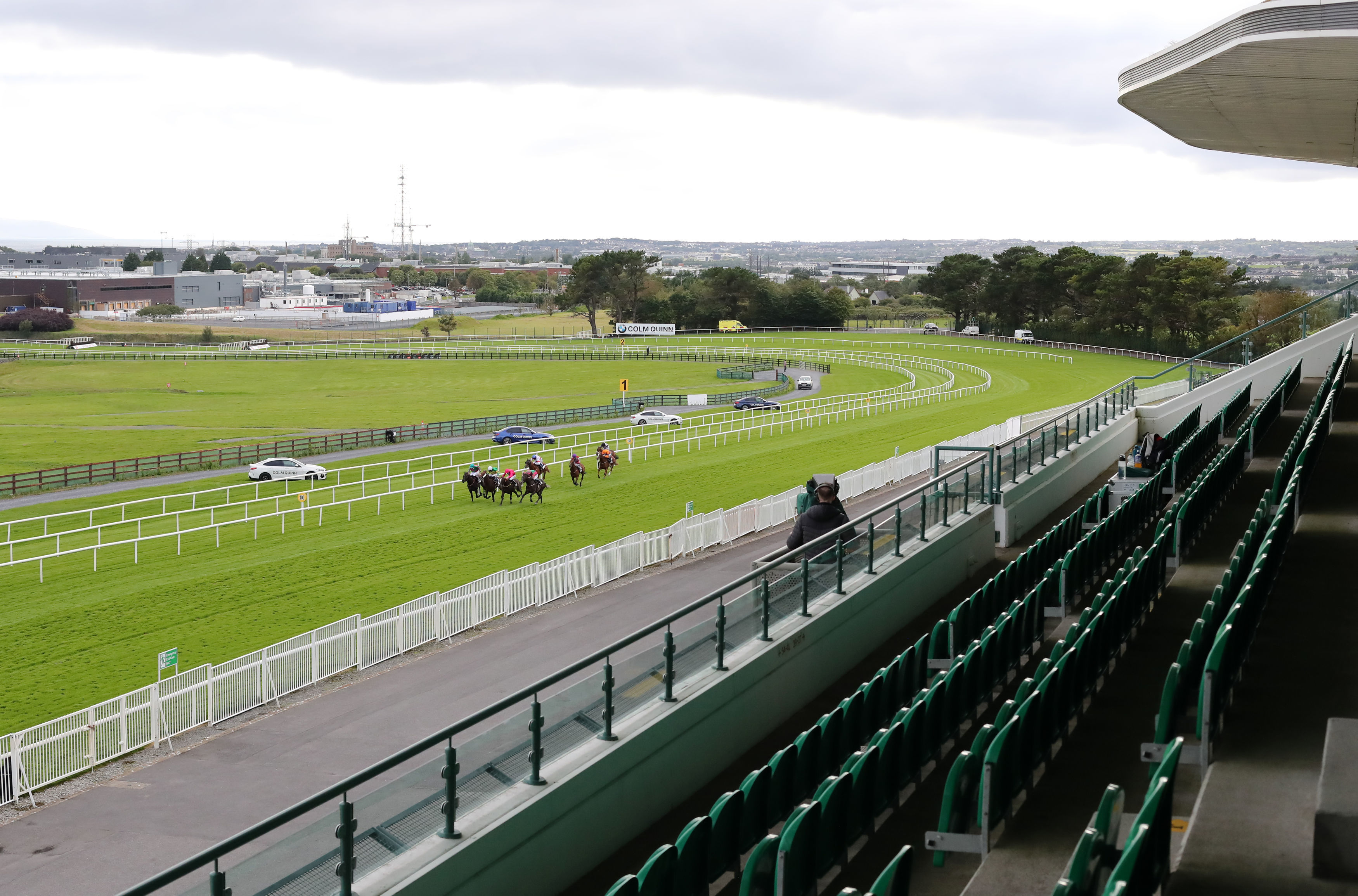 T&Cs: New customers only. Place your FIRST bet on any sportsbook market and if it loses we will refund your stake in CASH. Max refund for this offer is £20. Only deposits made using Cards or Apple Pay will qualify for this promotion. T&Cs apply. Paddy's Rewards Club: Get a £10 free bet when you place 5x bets of £10+. T&Cs apply. 18+ Begambleaware.org

The winner was rated 134 and the second was rated 130 – Mick Halford's ace ran a belter to take third and that explains why connections have booked the best available jockey to take the ride. He could be the subject of a gamble in the first.

Saint D'oroux sets the standard and he will be tough to beat with Davy Russell up.

Anna Bunina looked good when scooting clear at Cork, Very Excellent won just as easily at Kilbeggan last time out and Red Gerry has to be in the reckoning on his Flat form.

WITH the standard set far from an insurmountable one, KARL DER GROSSE is worth chancing first time over fences. The Rich Ricci-owned six-year-old has delivered little since joining his current connections two years ago, but they don't hang around Closutton for too long if they aren't showing that they belong there, so the suspicion is that this lad should be ripe to strike.

Big Braid is obviously classy as a 141-rated hurdler, but it is concerning that he flopped here on his only start.

Dr Duffy brings solid form after finishing second at Roscommon and he's shown that he can perform around here in the past too. This looks a good opportunity for him if the selection fails to fire.

Demain Des Laube ran against all the best novices last season and he should be much more comfortable in this lesser company.

Percy Veer did not get far enough around to show whether he retained any of his old ability on his reappearance at Tipperary.

DIAMOND can shine. Emmet Mullins loves having winners here at Ballybrit and his RUSSIAN DIAMOND looks to hold leading claims in today's Grade 3 Novice Chase. He has yet to jump a fence in public, but his hurdles form is pretty smart and he hacked up here in a bumper at last year's Festival. He should be hard to beat with David Mullins taking the reins.

Galvin will change the complexion of this race if taking his chance after running in yesterday's Plate, but as things stand he looks a doubtful runner.

Gordon Elliott has Aforementioned in here too, but he needs to improve on his Kilbeggan second to have a hope of shaking up the two Tipperary scorers Polished Steel and Dime A Dozen. They both looked pretty smart when winning their respective races and the latter gets a handy chunk of weight as the only mare in the field.

My Manekineko placed over timber on his only start here and he warmed up for this with a promising fourth at Killarney.

T&Cs: New customers only. Place your FIRST bet on any sportsbook market and if it loses we will refund your stake in CASH. Max refund for this offer is £20. Only deposits made using Cards or Apple Pay will qualify for this promotion. T&Cs apply. Paddy's Rewards Club: Get a £10 free bet when you place 5x bets of £10+. T&Cs apply. 18+ Begambleaware.org

NOT the strongest race of the week and that is why I would take a chance on ACCLAMATIO. Tony Martin's six-year-old has yet to strike over timber and this presents him with an ideal opportunity to correct that. He's won a few times on the Flat and even placed in a handicap here at the 2017 Festival. His last hurdles run was not devoid of promise either. He's got the ability when meeting the right conditions and a strong pace around here should suit him. He looks the right type in an open handicap.

Castlehume is the only course and distance winner in the field, but that didn't help him last year when twice beaten by double digits over this trip during Festival week.

Fight For Love is too lightly raced to dismiss after a poor run last time and Alabaster has been running well enough in his maidens to expect a big performance now handicapping. He can give the selection most to do.

FELIX can get the cream in the Guinness Galway Hurdle. FELIX DESJY can give Gordon Elliott a first ever win in the Hurdle. He was a smart novice hurdler last year – winning a Grade 1 in style at Aintree and giving Klassical Dream a race at last year's Punchestown Festival. He finished ahead of Aramon in both and gets weight from that rival here on handicap debut. Rated 151, this has clearly been the plan for some time and his recent hack-job on the Flat is sure to have put him spot-on for this. His ability to travel at pace will be a huge advantage and he has the class to blow this field apart.

Wonder Laish has been well supported in recent days and he's on a competitive mark on his form from 2018. He reappeared in the Grimes at Tipperary and shaped like a horse who had retained all his old ability.

Aramon won that race well, but he has to defy top-weight here and Paul Townend prefers the chances of course winner Buildmeupbuttercup – she deserves her day in the sun.

Of the rest, Hunters Call is worthy of respect and a bold show from Aramax and Shanning would not surprise. 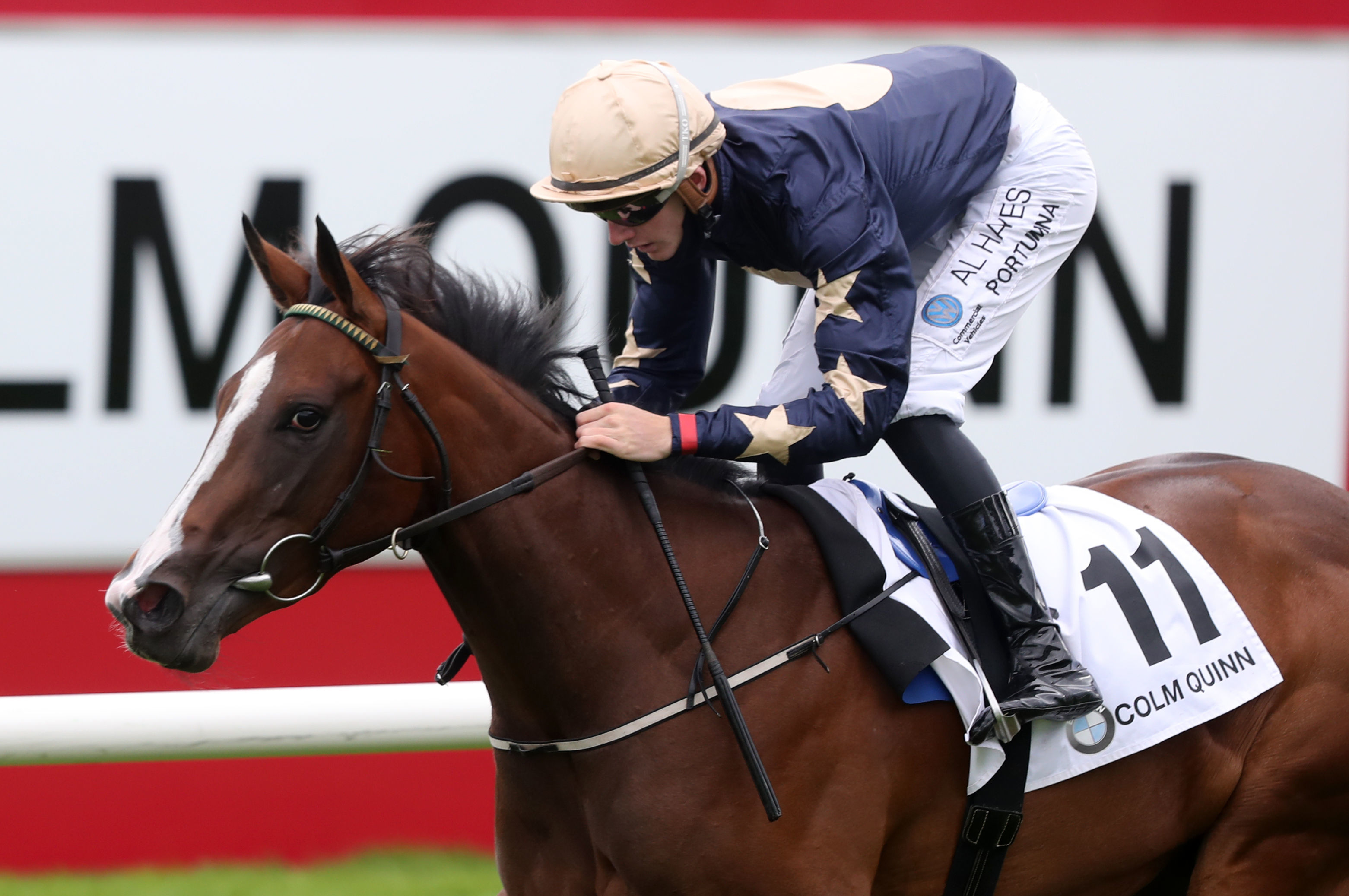 LET it Snow at Galway. This race looks set up for JON SNOW to dominate from the front. Willie Mullins' imposing five-year-old looked pretty smart in maidens last season, racking up a record of 3321 before the season was brought to an early close in March. He was likely being teed up for one of the big handicaps at Fairyhouse or Punchestown off this sort of mark and would have been very popular with punters to deliver. He was punted off the boards on his Flat return last month and ran as if he would come on bundles for it – he can show that here by comfortably seeing off his rivals.

The Very Man may force him to take an early lead if he runs, but the result will still be the same. Gordon Elliott's prolific winner may be rated higher, but he has to give Jon Snow 6lb and I think the selection is a better horse anyway.

Belfast Banter is next best, but he has fallen short in lesser races before.

THE consistent CHERIF DE L'ISLE can grind out victory in this staying handicap hurdle. Naysayers would say that this lad is a slowboat stayer that doesn't have the pace for a track like Galway, but I think he's much more than that. He's never finished out of the three since joining Gordon Elliott, so he clearly travels well enough to maintain his position throughout a race. I can't see him out of the frame here.

The Trigger should go close to landing the four-timer under Mark Walsh, Victoria Bay signalled her wellbeing over fences last time and Tune The Chello has obvious claims off a fair mark on handicap debut.