GEORGE RUSSELL said he was "very thankful" for the halo cockpit protection system after a dangerous crash with Antonio Giovinazzi.

The Italian lost control on lap ten and spun into the barriers before his Alfa Romeo was spat into Russell's path. 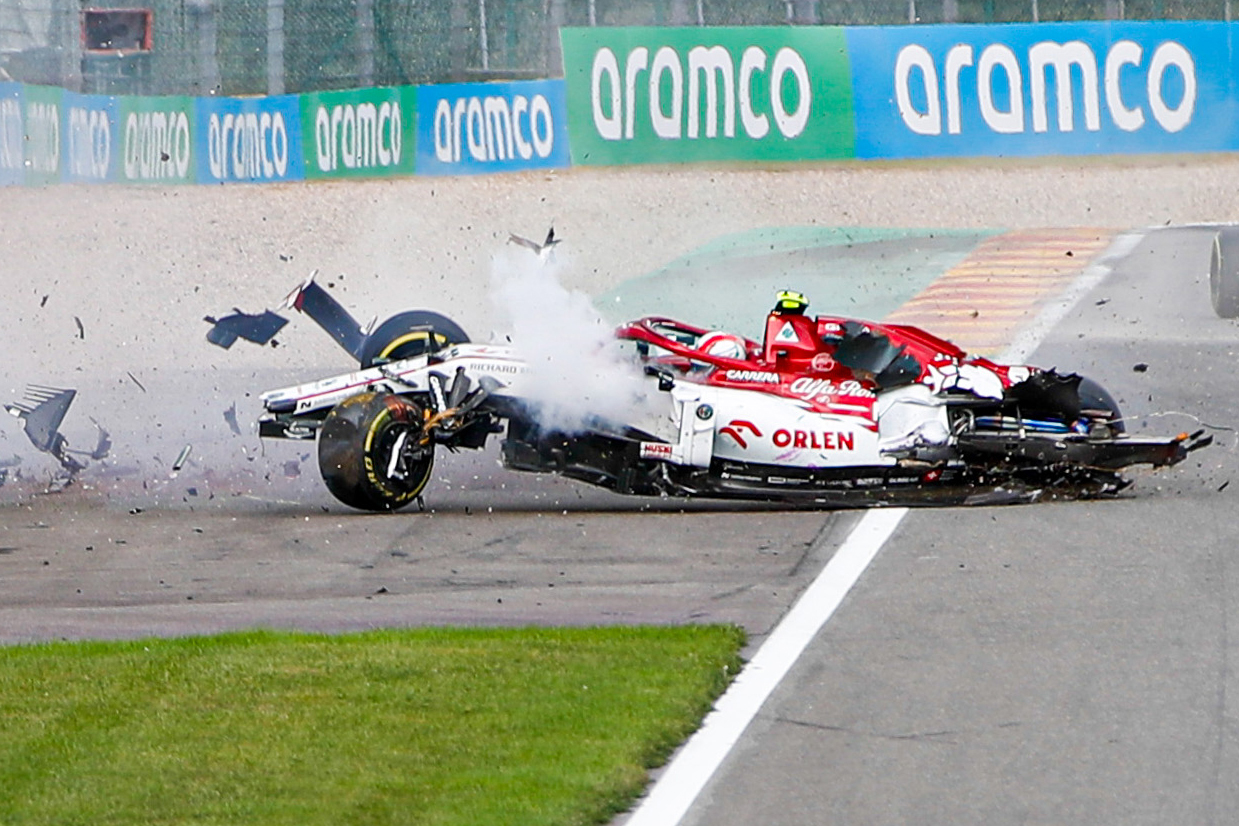 A wheel sheared off Giovinazzi's motor and was hurtling towards the Williams driver, who was forced to take evasive action to miss striking the debris

The wheel and suspension unit came dangerously close to the Brit but thankfully only did damage to his car.

Russell said: "If I went to the right, that's where Antonio's car was, and at the left side of the track, I had a massive impact with the tyre.

"But I have to say you feel much safer in the car now with the halo. When I saw this massive tyre coming towards me, it was quite scary to be honest.

"So I'm very thankful that we have this halo on the car right now. I'm all fine. 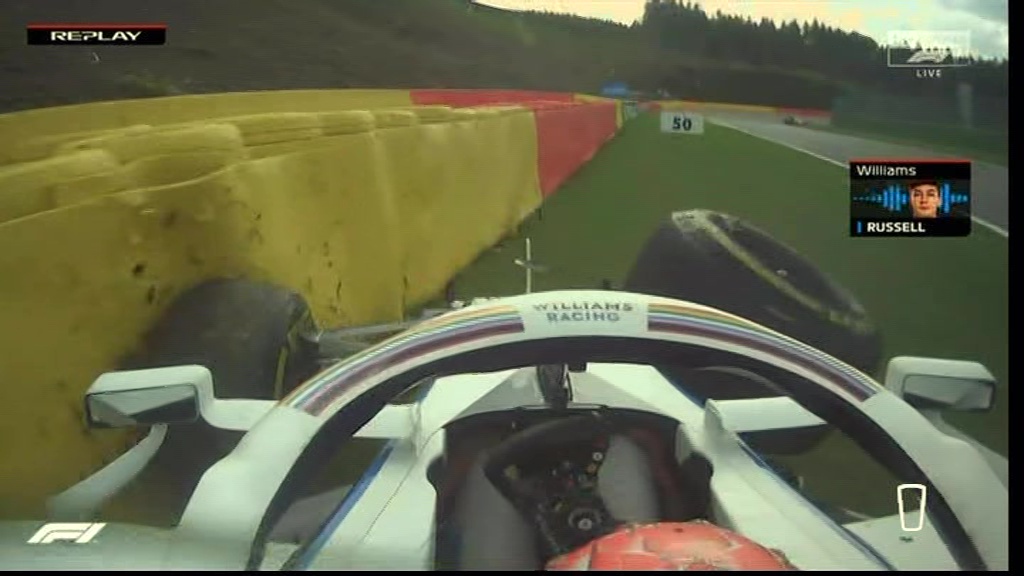 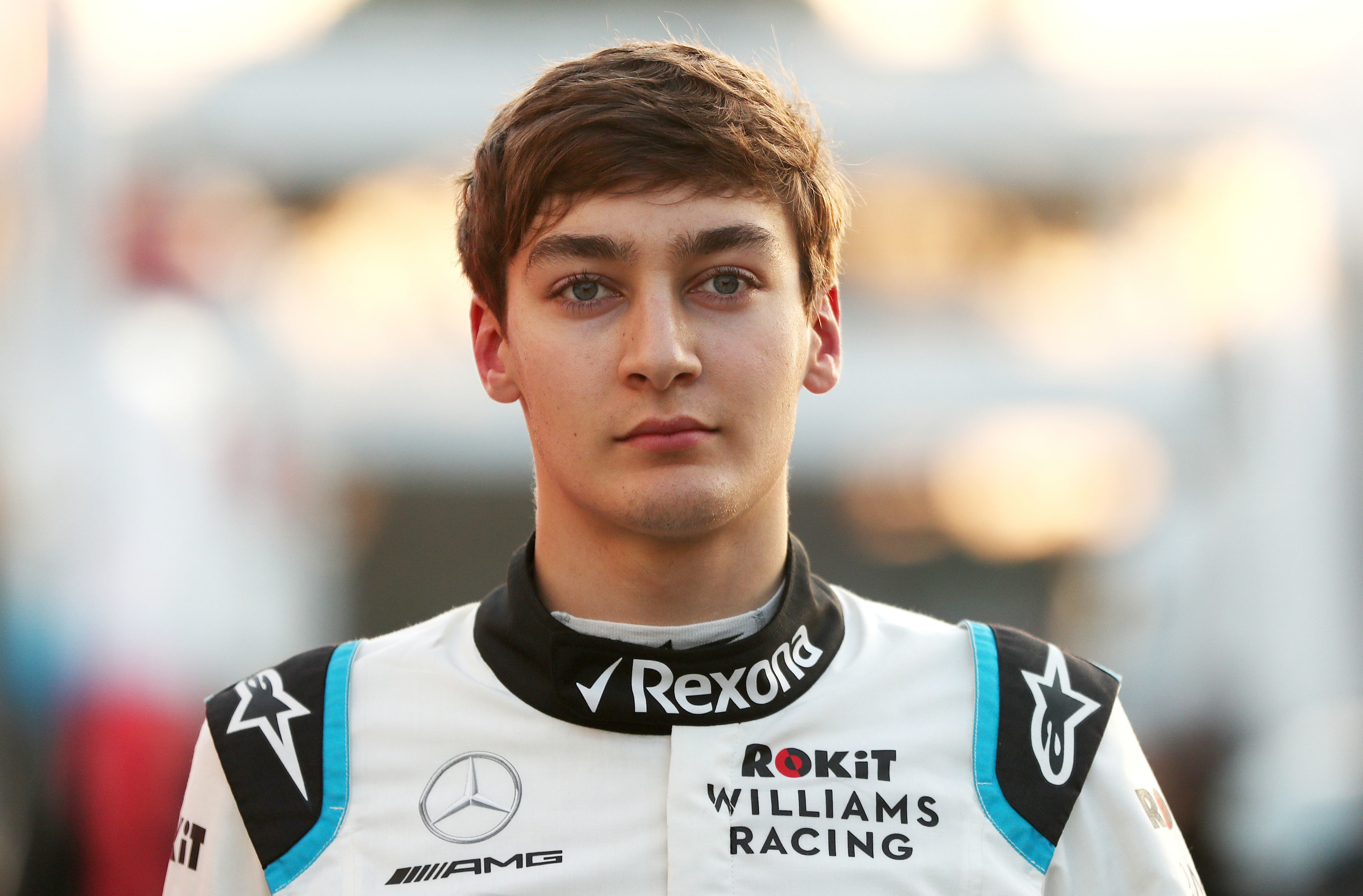 Giovinazzi admitted he was at fault for causing the crash after driving too hard to keep up with Sebastian Vettel's Ferrari.

He added: "I was pushing just a little too much, just to stay behind Sebastian.

"Just too much on the limit, and when you are always on the limit sometimes it will happen, so it's just this."