‘Ghosts’ is one of the most delightful new comedies of the fall season. HL got EXCLUSIVE scoop from Román Zaragoza about his character, how the show differs from the BBC version, and more.

The new CBS comedy series Ghosts premieres on October 7. The quirky show follows a young couple that moves into a country estate only to find out that it’s inhabited by ghosts of past residents. One of those spirits is Sasappis, played by Román Zaragoza. HollywoodLife spoke EXCLUSIVELY with the actor about what to expect.

“Sasappis is an interesting character,” Román teased. “The way that we describe him is he’s this young spirit and old soul. He’s the youngest of the group in regards to how [old he was] when he died. He’s the youngest in that regard. However, he’s been dead for 500 years, so he’s this kind of wise elder that at times lashes out like a child. He’s trying to be the voice of reason. He’s trying to be the one to really call out people for their absurdity and to be the voice that is guiding the ghosts to a better place, but then you see he’s just a child that actually enjoys mayhem and drama. He gets his feelings hurt really easily, so it’s a fun line to walk because he doesn’t know who he is. Also, he’s been away from his people for 500 years. He’s been disenfranchised from his culture and his language and had to adapt to living with a bunch of English-speaking, mostly white people. That can be really difficult in that sense as well, so it’s been a really interesting character to dive into because there’s a lot to unpack in their reality and the honesty and the truth of it, but then also trying to find the comedy in all that.” 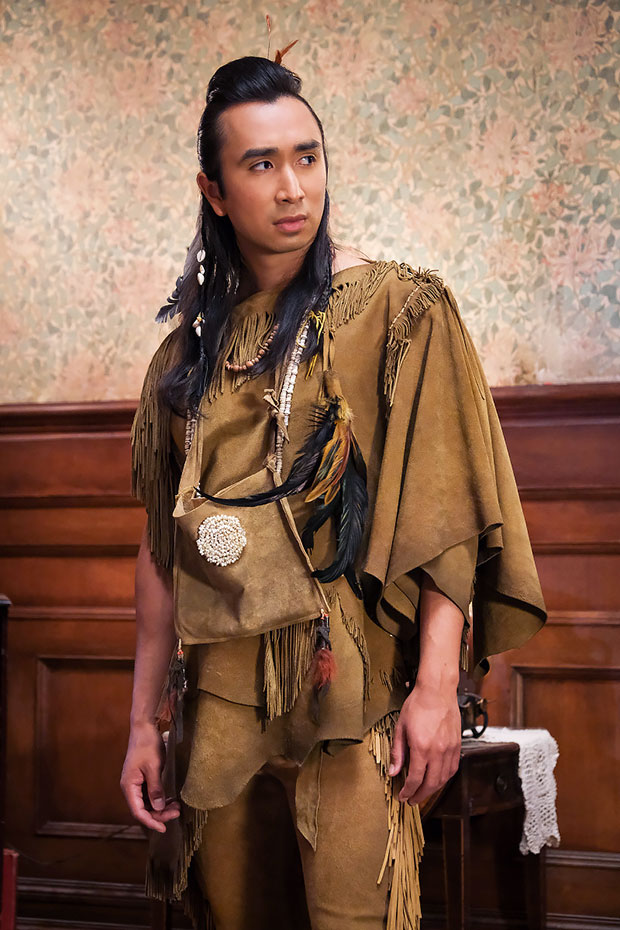 The series is based on the hit BBC version, which premiered in 2019. There are differences between the U.S. and U.K. versions, including Sasappis. He’s an entirely new character created for the American version. Román admitted he “definitely” feels a little pressure playing a new character.

“But I think that all of us actors put pressure on ourselves like that but I’m excited,” the actor said. “I think Sasappis fits in really nicely with this group because he’s kind of comments on a lot of the absurdity and the messiness that comes with all these ghosts. It’s so much fun, and I feel like the whole dynamic of all us together is just such a good time. For me, it’s an actor’s playground.” 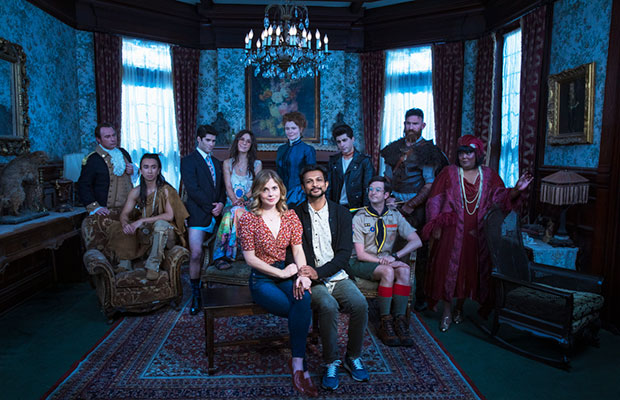 Román noted that the spirits of Ghosts are ghosts from this region of the world. “We have a Revolutionary War soldier, we have a Viking that died in 1000 AD. We have more American ghosts like a Wolf of Wall Street guy,” Román told HollywoodLife. “In my opinion, I feel like this show is such a commentary also on the history of film. We have characters that you can really see from past films over the years, which is really cool. I think we really do a fun job of commenting on different films and commenting on different aspects of American culture and American history.” Ghosts will air Thursdays at 9 p.m. on CBS.