CLASSIC After Eights are getting a trendy makeover with a new limited edition Gin and Tonic flavour launching in the run-up to Christmas. 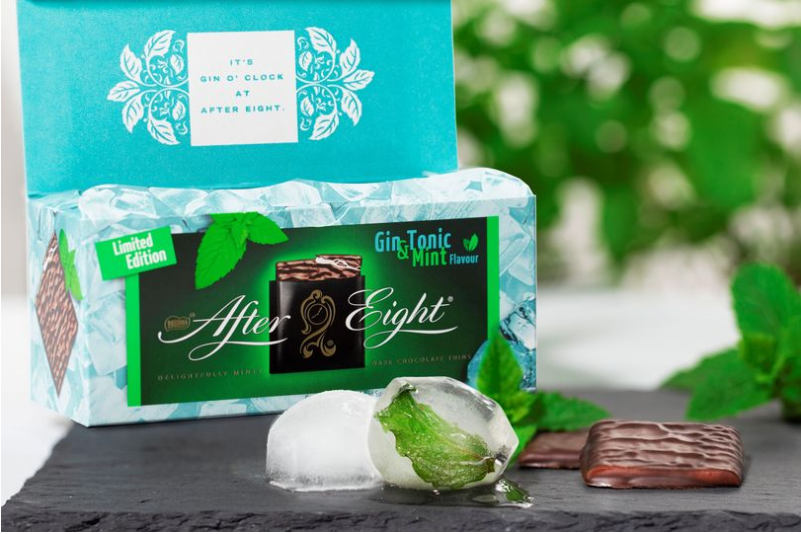 The treats will be available in all major supermarkets, convenience stores, and online at Ocado and Amazon from September 7, just remember to bear in mind delivery fees if you order online.

And they’ll be sticking around until Christmas so there is plenty of time to stock up before the year is out.

There's no word yet on the size of the box or the price so shoppers will have to keep an eye out in stores.

A 300g box of original After Eights retails at £1.99 at B&M, Ebay, and Tesco, so we would expect it to be around this price.

In May, B&M was selling a 200g box of strawberry After Eights for £1.99, while last year it began selling 200g After Eights that tasted of pineapple and mango for the same price.

A spokesperson for After Eight said: "Gin has rapidly become the nation’s spirit of choice, so what could be better than combining the flavours of our favourite tipple with the delicious mint fondant and dark chocolate that has made After Eight so popular for almost 60 years.

"After Eight Gin & Tonic & Mint is a delightfully fresh, zesty twist on a classic, and we believe it will prove to be a very popular addition to the range."

It's a good time for chocolate fans as Cadbury's Orange Twirl is coming back to the UK.