Despite the La Nina weather pattern and other climate drivers bringing rain and the coolest temperatures for the past decade, the heating trend under climate change continued during the past year.

The Bureau of Meteorology’s Annual Climate Statement, released on Thursday, said 2021 was the wettest year since 2016 while last November was the wettest on record. Parched rivers and dams welcomed the rain that has rolled across much of Australia in the past two years, after three years of intense drought from 2017 to 2019. 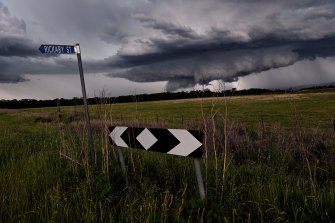 But such is the underlying influence of global warming that despite two consecutive years of cooling La Nina weather patterns, 2021 had 9 per cent above-average rainfall and was also the 19th hottest year since records began in 1910.

Will Steffen, a councillor with the Climate Council, said 2021 notched the warmest La Nina on record.

“What was remarkable to me is how strong the underlying warming trend actually is,” said Professor Steffen.

“It was only the coolest year since 2012 and this means that it was only a blip amid a very strong warming trend.”

The bureau reported that Australia’s mean temperature was 0.56 degrees above the 1961 to 1990 climate reference period during the past year, and it was the 19th warmest year since national records began in 1910.

“This was a fairly significant La Nina year, but it was the coolest only going back one decade. That’s telling you this one year blip comes amid a multi-decadal, strong warming trend,” Professor Steffen said.

UNSW senior lecturer Sarah Perkins-Kirkpatrick said on top of consecutive La Nina events in Australia, other climate drivers including a negative Indian Ocean Dipole (which measures sea surface temperatures) and positive Southern Annular Mode (the north-south movement of the westerly wind belt that circles Antarctica) had been cooling things down.

“But we still got warmer than average conditions last year,” Dr Perkins-Kirkpatrick said. “If it weren’t for climate change this would’ve been a much cooler year given all those factors at play.

“The combination of a La Nina event, the residual effects of the Indian Ocean Dipole and the positive Southern Annular Mode contributed to Australia having its wettest November on record,” Dr Grainger said.

During La Nina, the Pacific Ocean cools along the eastern equator near the Americas. This, coupled with warm waters in the tropics near Australia, strengthens south-east to north-westerly winds, driving clouds westward to Australia’s east coast.

Australia has warmed, on average, by 1.4 degrees since 1910 according to the Bureau of Meteorology, and every decade since that time has been warmer than the ones before. 2019 was the hottest year on record and the seven years from 2013 to 2019 all rank among Australia’s nine hottest on record.