The federal government is being urged to conduct a review of Chinese state involvement in Australia’s electricity grid and consider the removal of some equipment amid fears of remote sabotage.

Influential South Australian senator Rex Patrick is behind the push as Australian Bureau of Statistics data shows China has overtaken Vietnam as the main supplier of transformers for the Australian electricity network in recent years. 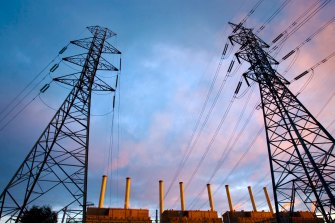 Some believe imported transformers could put the power grid under threat of attack.Credit:Paul Jones

Transformers are crucial parts of the grid that convert alternating current from one voltage to another, powering households and energy-intensive factories.

In 2018-19, Chinese companies supplied 29 of the 70 transformers imported by Australia. Of these, 16 were for use in Victoria. The Andrews government signed a memorandum of understanding with China in 2018 to participate in its controversial Belt and Road initiative.

Prior to those deals, in 2011-12, China supplied just eight of the 135 transformers imported into Australia. Vietnam supplied 33.

The increasing reliance on Chinese-built transformers has raised fears about the vulnerability of Australia’s electricity grid to foreign interference. 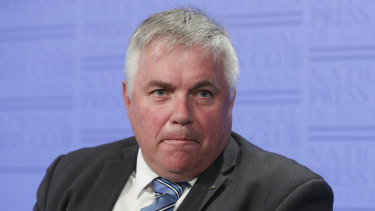 In May, US President Donald Trump issued an executive order to place tight restrictions on the use of foreign-sourced equipment in the electricity grid because of rising fears about the possibility of remote attacks and sabotage.

While Mr Trump’s executive order referred only to “foreign adversaries” targeting the US power system “with potentially catastrophic effects”, it was widely interpreted to be aimed at China and Russia.

US authorities last year seized a large Chinese-built transformer en-route to a substation in Colorado and transported it to a government laboratory for inspection. The Chinese company that built this transformer also provides them for the Australian network.

Western security agencies fear foreign-built transformers could have malicious electrical components surreptitiously installed that could potentially allow another country to interrupt power supply on a whim.

Cyber-security expert Paul Dabrowa said it was possible for a foreign government to badly damage Australia’s electricity grid within two minutes. “It could take months to repair the damage … there’s open-source material about experiments that have proven this is possible,” he said.

Senator Patrick said the recent moves in the US to limit the potential for foreign influence in its electricity grid should encourage Home Affairs Minister Peter Dutton to use his powers under the Critical Infrastructure Act to reduce the risk to Australia. 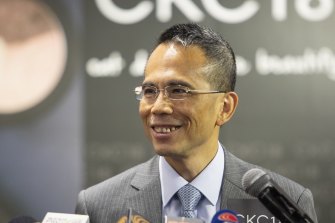 “At the same time, the Australian government needs to bring forward its proposed changes to Australia’s foreign investment laws and commit to require the divestment from Australia’s power grid of all involvement by companies owned, controlled or significantly influenced by the Chinese government,” he said. “Given the change in Hong Kong’s status, such a policy should extend to companies registered in Hong Kong.”

Senator Patrick said particular attention should be paid to the State Grid Corporation representatives on the boards and in the executive ranks of its Australian electricity companies. Jemena’s executive team features a former deputy mayor of a Chinese city. To hold such an official position requires membership of the Chinese Communist Party.

In 2016, then treasurer Scott Morrison blocked a bid by the State Grid Corporation and Hong Kong’s Cheung Kong Infrastructure from buying a 99-year lease on a 50.4 per cent stake in NSW electricity distributor AusGrid. Mr Morrison said at the time that the decision was in the national interest and was backed by the Foreign Investment Review Board.

The Home Affairs Department said it had increased funding and introduced laws in 2018 in recognition of the risk of foreign influence in the national electricity grid.

Jemena said it operated in accordance to stringent rules under Australia’s “extremely robust” foreign investment regulatory regime. Its shareholders had no direct control over the day-to-day operations of the business and its directors adhered to “strict governance procedures”, it said.

Powercor said its executives were all Australian citizens and no one on its board was a Chinese Communist Party member.

Both Jemena and Powercor said customer details were kept in Australia.