A QUARTER of women under 40 have never checked themselves for breast cancer – believing they are too young, don’t think it will affect them – or they are just too busy.

And half of all women do not regularly check their breasts for signs of cancer. 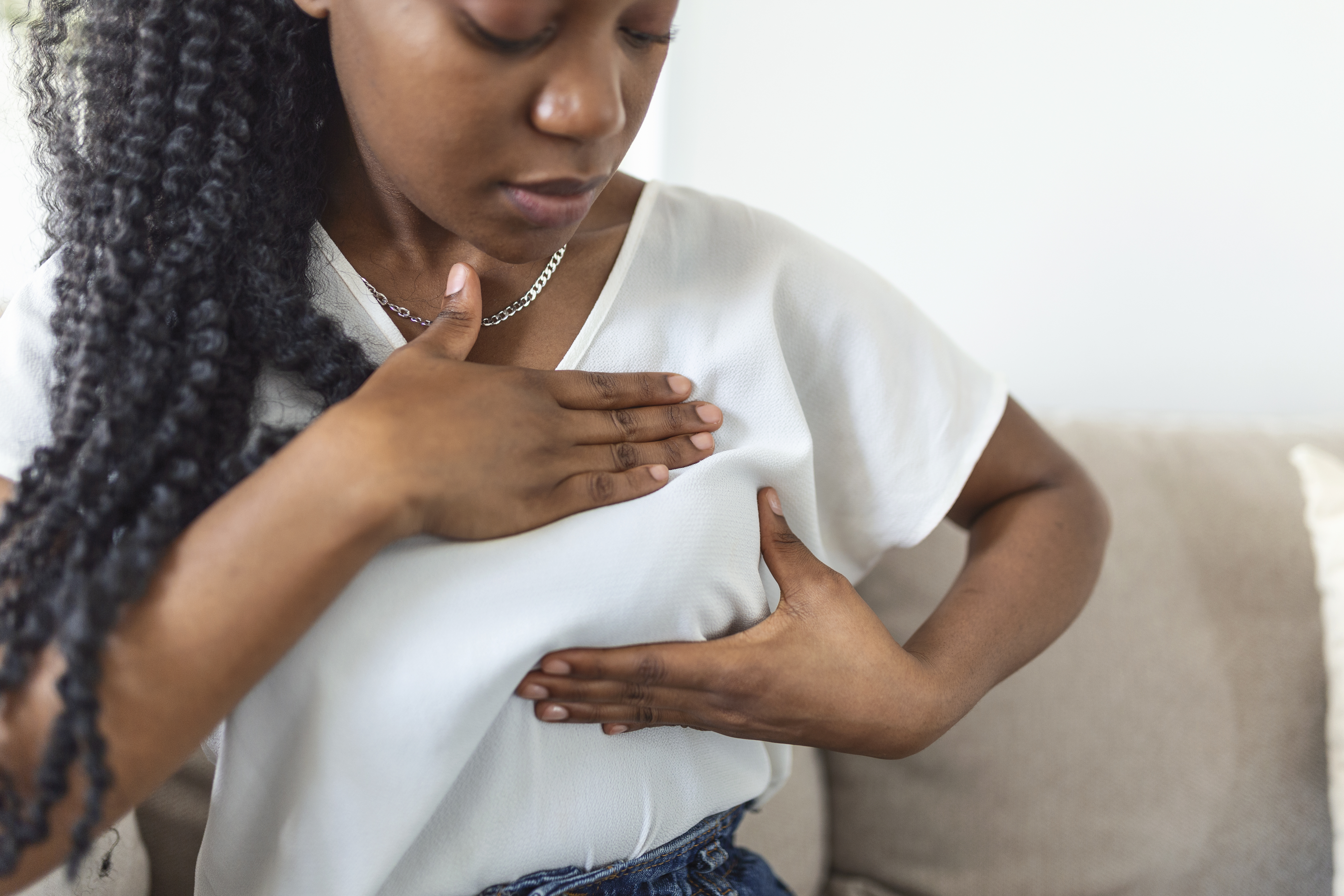 The study of 2,000 women found those aged 18 to 39 are the least likely to look for signs of cancer, with a tenth believing they are not old enough to suffer the illness.

But a quarter admit they do not have the confidence to inspect themselves, while one in 10 put it off in case they find a lump.

It also emerged women from South Asian backgrounds are the least likely to examine themselves compared to other ethnicities, with 40 per cent admitting to never checking at all.

This drops to 27 per cent of Black women and just 13 per cent of those of other ethnicities.

Of the South Asian women polled who don’t check themselves for signs of breast cancer, more than a third said they forget or don’t know what they are looking for.

While more than one in twenty (seven per cent) don’t feel comfortable checking themselves due to cultural reasons.

It also emerged compared to other ethnicities, Black women are least likely to feel confident they know how to check or what to look for (43 per cent) and 15 per cent fear being judged by others.

The study was commissioned by The Estée Lauder Companies (ELC) UK & Ireland’s Breast Cancer Campaign, which is holding its second ‘Time to Unite’ event, at 7pm on Wednesday 20th October, with the aim of being the world’s largest virtual self-check.

Elizabeth Hurley will be joined by Alesha Dixon and Victoria Derbyshire, as well as breast cancer survivors including Leanne Pero and Lauren Mahon, as Dr Zoe Williams conducts a step-by-step self-check demonstration.

Leanne Pero, breast cancer survivor and founder of Black Women Rising, said: “It worries me that this new research reveals that a fifth of women in Black and South Asian communities wrongly believe that breast cancer only affects white middle-aged women.

“I am living proof that you can survive breast cancer if you act early.”

The research also found that overall, 14 per cent of all women never check themselves for lumps or changes to their breasts which could indicate cancer.

Female breast cancer is now the most commonly-diagnosed cancer worldwide —surpassing lung cancer for the first time in 2020—with an estimated 2.3 million new cases.

But one third of all women believe you can only get breast cancer in your 50s and just under a third think they are too ‘flat-chested’ to be affected.

Lauren Mahon, breast cancer survivor, founder of Girl vs. Cancer and co-host of You, Me and the Big C, said: “It’s incredibly important for younger women to realise they’re not immune from breast cancer; it’s not just a disease that affects women at a later life stage.

“For me it's vital that women understand that even those with small boobs like me are at risk of breast cancer too.

“It's terrifying to see that the research found that a quarter of young women are not checking their breasts and a third think their breasts aren’t big enough to get cancer.

“Knowing from first-hand experience the importance of early diagnosis, I urge women of all ages to check their breasts regularly to know what’s normal for them – it's not about looking for cancer; it's knowing what's normal for your body.”

Barriers to going to the doctor when noticing a lump or change in breasts vary – from not wanting to waste their doctor’s time, the fear of not being taken seriously, concerns that a female doctor won’t be available, and not wanting to know what caused the change.

The research also uncovered that many LGBTQIA+, Black and South Asian women believe there is a stigma in their community around speaking about breast cancer as it just isn’t talked about; and, say there is a lack of representation in self-check resources.

Eight in 10 (82 per cent) believe there needs to be better access to tools and resources that feature a more diverse range of people in order to highlight that breast cancer can affect every body.

Sue Fox, President of The ELC UK & Ireland, added: “Breast cancer is a diverse disease, not a disease with a single story.

“It is a disease that affects everyone, and this year’s campaign remains unwavering in uniting people to create a breast cancer-free world. It’s #TimeToEndBreastCancer.”