Making quarantine fun! Chrissy Teigen let loose while stuck inside and had a good time in the kitchen with her family as she whipped up a batch of Boston cream doughnuts.

The Bring the Funny judge, 34, took to her Twitter and Instagram Stories on Monday, March 30, to give her social media followers an inside look at her first-ever attempt at making filled doughnuts from scratch. “Drinking tequila and making doughnuts,” she happily sang via tweet as her dough was taking shape in a stand mixer. 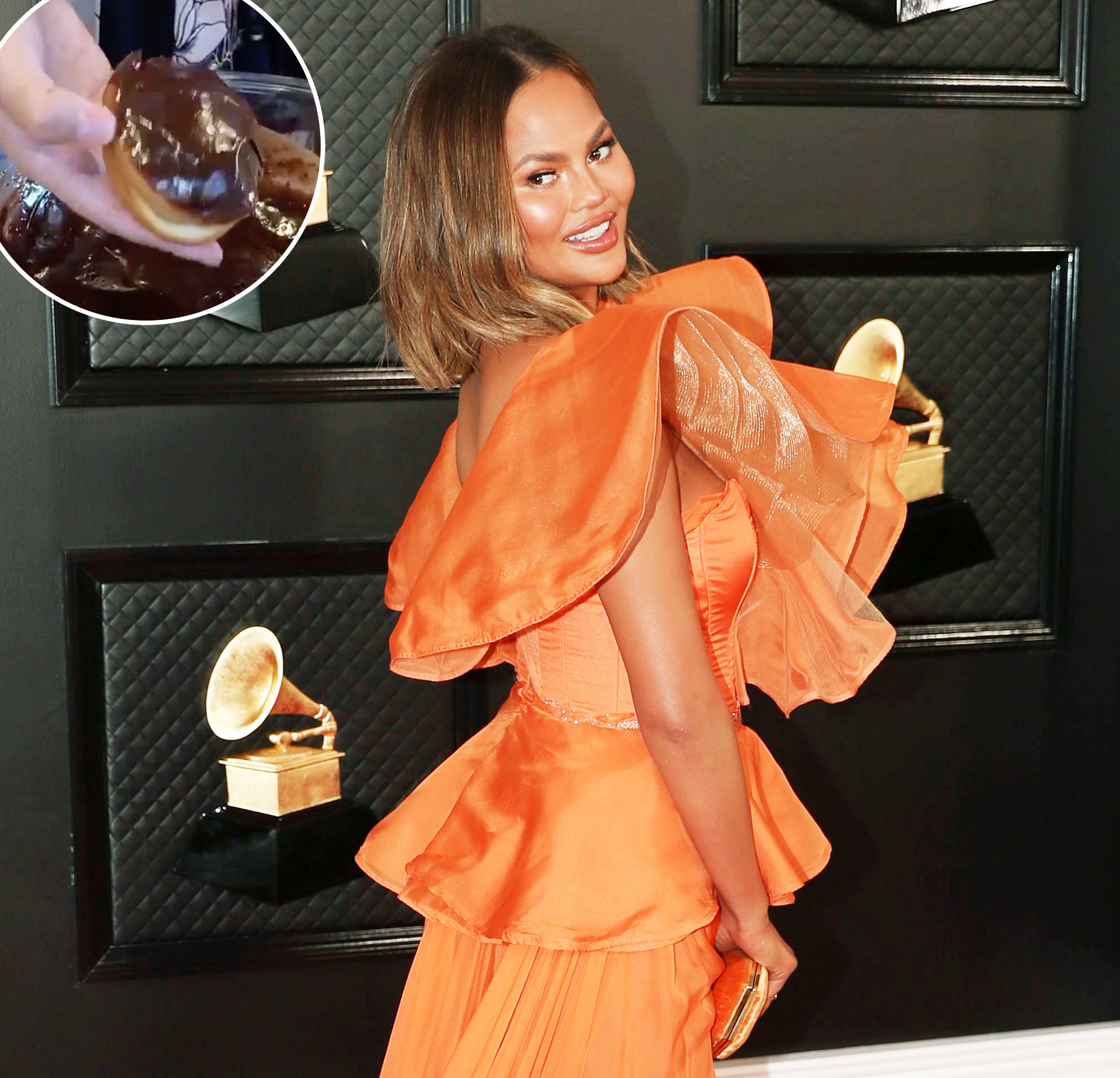 After the dough was thoroughly mixed, the star let her daughter Luna, 3, lend a hand. “Luna, that’s a good lookin’ dough,” Teigen declared on her Instagram Stories. “Are you ready to punch it?” The toddler then lunged at the dough and hit it with her fist as her mom cheered her on.

Once the doughnuts were fried and had cooled off a bit, the Cravings author detailed the filling and decorating process. “Extra filling!” she explained as she loaded up a doughnut with fresh custard using a piping bag. Though the first doughnut survived the filling process, Teigen’s second attempt didn’t go quite as well.

“It’s exploding! It’s exploding,” her husband John Legend said with a laugh as the pastry nearly split in two because Teigen overloaded it with custard.

“Oh no,” she exclaimed as she continued to fill the remaining doughnuts. “They’re all exploding a bit because I made the two layers. Damn.” 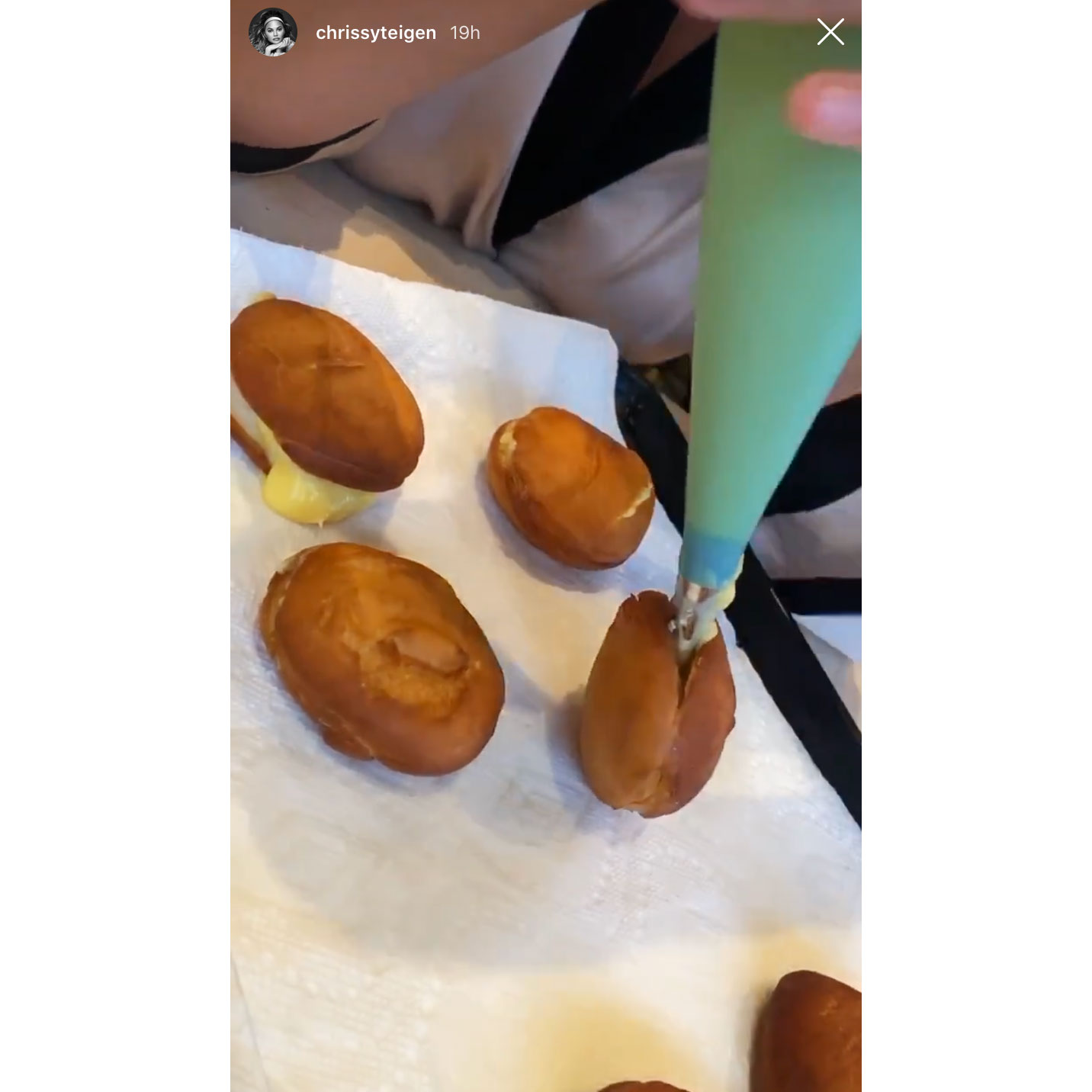 Thankfully, the cookware designer was able to cover up any flaws in her doughnuts when she dipped them in a bowl of homemade chocolate glaze. “That looks beautiful,” Legend, 41, said as the first confection was officially complete. “It’s working for me!”

Teigen shared an identical clip of herself glazing the doughnuts on Twitter and quipped: “I am hammered honestly.”

Her followers, for the most part, were in complete understanding: “It’s the apocalypse. Drink away,” one replied. 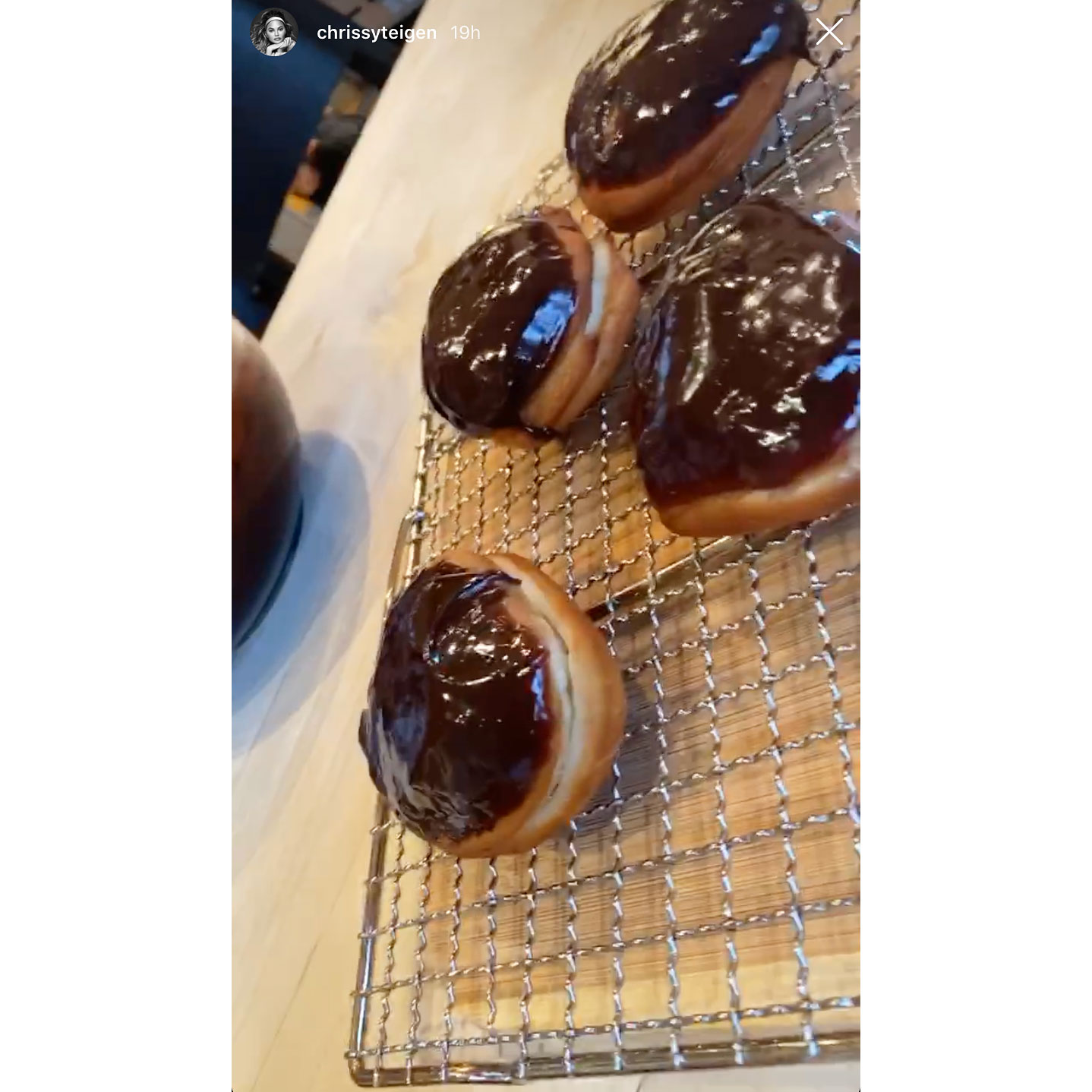 Another added: “Drunk cooking is the ONLY good way to cook, honestly.”

Even in quarantine, Teigen has managed to churn out some tasty treats. Earlier this month she baked a “quarantine cake” with Luna, whipped up a tuna casserole with Legend and traded half a homemade banana bread for lettuce with strangers she met online.