Bull elephant Kaavan has been at the Maraghazar Zoo in Islamabad since 1990. He has been left alone in his enclosure for eight years after fellow elephant Saheli died in 2012.

Hundreds of thousands of animal lovers signed a petition to free Kaavan after it emerged that his legs had been chained.

The zoo in Pakistan’s capital later insisted that the elephant was no longer tied up.

But he was left with no company despite elephants being social animals who live in large groups in the wild. 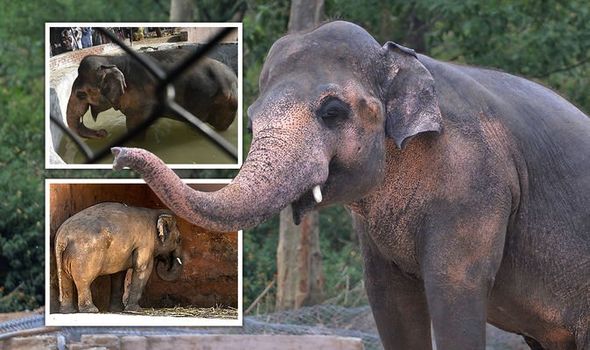 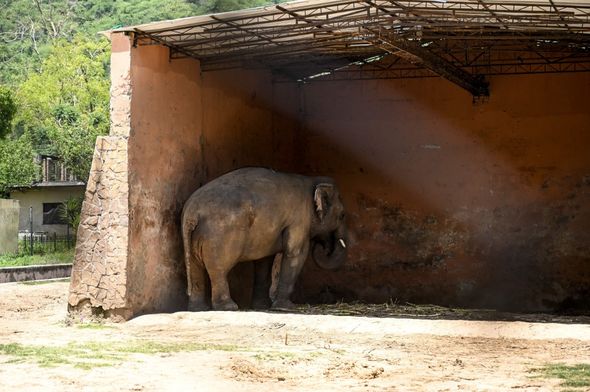 Kaavan also had little shelter from the hot sun in his pen, which measured just 90m by 140m.

The lonely elephant showed signs of distress due to the conditions he was kept in, including bobbing his head from side to side. 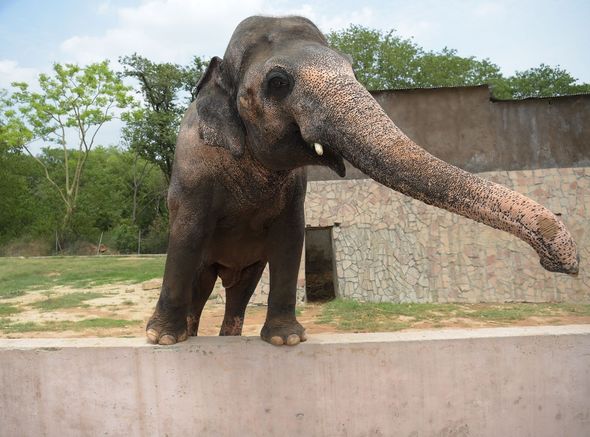 He added: “Give Kaavan deep bushes and artificial showering and you will see him enjoying the environment.”

Other experts warned the depressed elephant’s lifespan would be shortened. 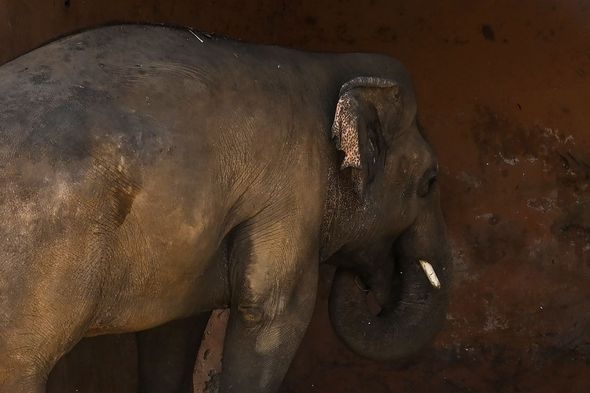 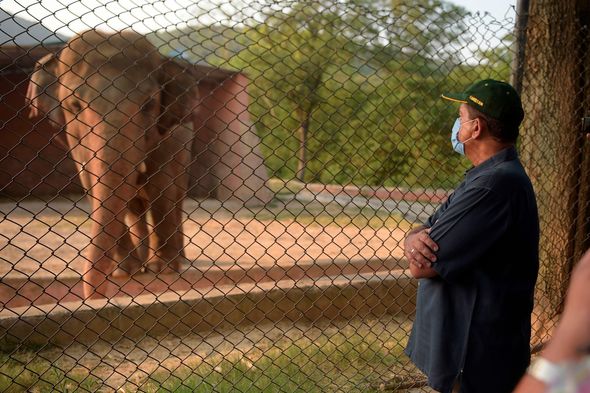 Kaavan’s own zookeeper Mohammad Jalal admitted: “I have hardly seen him happy.”

Animal rights campaigners have been fighting to have him moved from the zoo to end his suffering.

And in a major victory, the Islamabad High Court finally ordered for the elephant to be found a sanctuary.

The court said in May: “The pain and suffering of Kaavan must come to an end by relocating him to an appropriate elephant sanctuary, in or outside the country.”

Pakistani environmentalist and politician Malik Amin Aslam said authorities would “free this elephant with a kind heart, and will ensure that he lives a happy life”.

Kaavan is now starting a new life at the Lek’s sanctuary in Cambodia with fellow elephants.