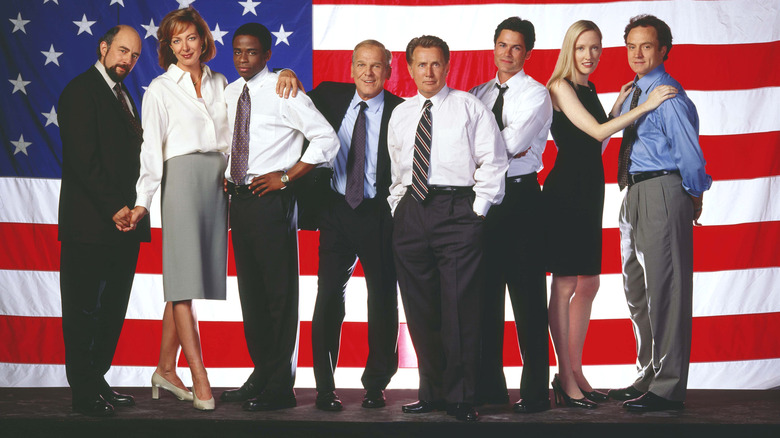 It might have been one season short of a two-term presidency in real life; but when Aaron Sorkin’s “The West Wing,” which aired between 1999 and 2006 (and thereafter, if you had either the DVD boxed set or streamed the series), wrapped up its seven-season run, it did so as one of the most decorated shows ever with 95 Emmy nominations and 26 wins (via Insider). It also made Martin Sheen’s Josiah Bartlet one of the most popular fake presidents in pop culture … so popular that in 2015, Reuters reported that 54% of Americans had an unfavorable opinion of Barack Obama, while 82% of NBC’s viewers viewed Jed Bartlet in the opposite way.

Martin Sheen could have entered politics on the wave of the goodwill and popularity generated by the show, but he chose not to, because as he once told Entertainment Weekly, ” I had to remind them, you can’t misinterpret reality for fantasy. I’m an actor. I’m playing a president. I’ve played a lot of different characters. This one struck a chord in the American culture, which is very, very gratifying, but you can’t misinterpret an entertainment value for a public service.” 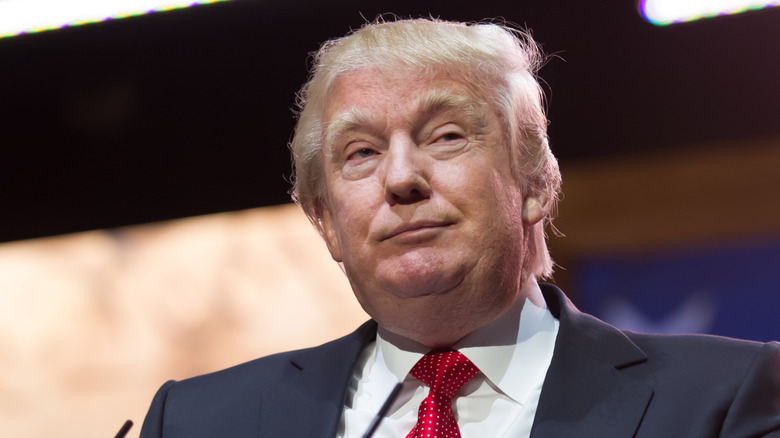 Still, that doesn’t keep Martin Sheen, who is a well-known climate change activist (via NBC), from sharing his views about former President Donald Trump who is in the news once again as news reports say he has hopes about being “reinstated” as president (via Twitter).

In a chat with Forbes’ writer Jeff Conway, Martin Sheen spoke about the current political climate in America. His words resonated with fans when he called out Trump as a hustler, saying, “This Trump administration and the fact that he will not man up and step forward and say that he has lied about it and that he has used it, and he’s hurt the country and all of his followers.”

“The worst part of it is that so many good people have followed this bad man and he’s a hustler and he has absolutely no one that he’s concerned about except himself and if we don’t see that and see through his selfishness and greed and anger,” the actor said (via Twitter).

Sheen: Trump "does not deserve that much attention" 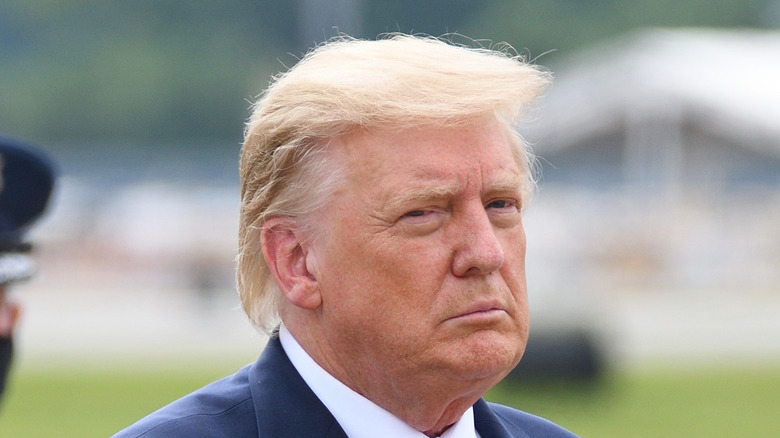 Martin Sheen added, “He [Donald Trump] has led the country in such a desperate way, of selfishness and lies, and we’ve got to shake this guy off. This guy does not deserve that much attention. He deserves a lot of pity, and we’ve got to call this bum out. To stand up, be a man, and say it’s all a lie, and show some respect and love for the country” (via Twitter).

The 80-year old actor said the country hadn’t always been as divided as this. “We have lacked leadership until very recently … I grew up in a country that Republicans were equally admired and their thoughts and service was equally embraced.” He added that the balance of power has shifted between both the Democrat and Republican parties over the decades, but “there wasn’t a selfishness or power or dishonesty.”

But he notes that things have changed, and he delivers an important message for those who hold elected office to take note of: “We’re stuck with the lie in the throat, and I think we’ve got to clear our throats and see through this fog of deception, divisiveness. I think we’ve forgotten something that is a deep part of our humanity, and that is we serve ourselves best when we serve others first.”